Future Fusion restaurant: LOMBARD EXCELLENCE IN THE FIELD OF DESIGN it has been modified: 2013-12-02 di jessica zannori

Un original architectural design and the decoration part of great value make FUTURE FUSION a true example of excellence in the field of Lombard glamor and design. The restaurant Lodi, under the careful guidance of the young and enlightened owners Chunxiao and Dixiao Zhou, has known since 2007, a real renaissance at the level of structure thanks to the work of the architect Nicola Buttons and that of the creative workshop Gouache, Led by Gouache Alice and Charlotte Panzeri.

Nicola has developed Buttons a creative idea to great effect where the material from the Oriental tradition are combined with extremely modern solutions, allowing them to create a warm and friendly atmosphere. The architect has managed to converse in a harmonious interior spaces with the exterior landscape, characterized by the river Adda and the natural elements of the surrounding park.

The first intervention Gouache is formalized, however, with the construction of three large bricks embossed with material inside them decorated wooden inserts in white, black and gray that reproduce the typical oriental designs. This work should be to embellish areas tatami making them even more sought after by customers. In 2010 Alice and Charlotte are called to make hot atmosphere of the second room of the restaurant, one stone.

For this environment is designed and built an iron band that holds the wood panels that are, in turn, adorned with oriental designs in shades of black and gold. At the center of creation stands, then, a panel meters for one 3 8.000 decorated with golden studs that create an illustration floral themes of great impact.

Given the growing success of Future Fusion, recently, have been carried out further work on the expansion of the structure that have seen a new involvement of gouache to create two more bricks in relief material and for the production of an iron structure useful to close the back of the bar outside.

FUTURE FUSION it is so required in Lombardy thanks to its proposal in food flavors and scents of the Asian fusion and also for its glamorous and elegant which makes the local unique. 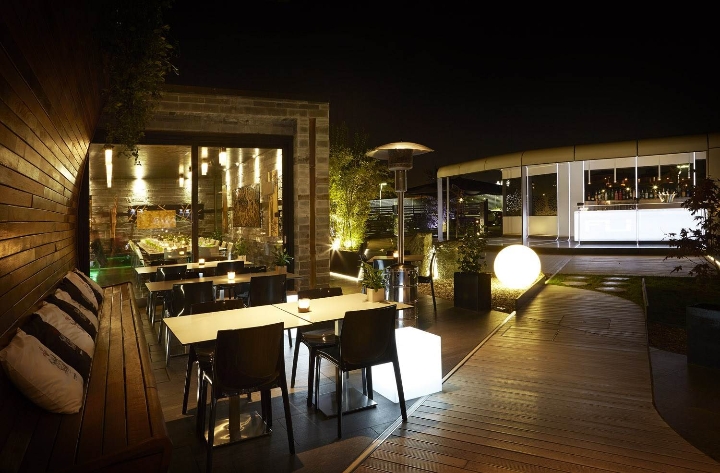 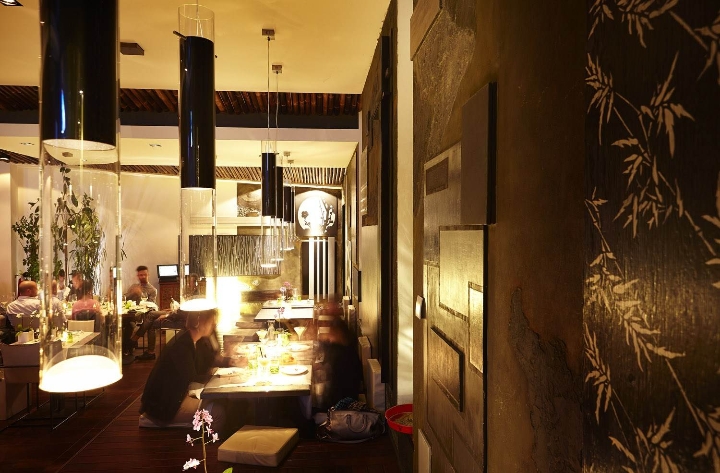 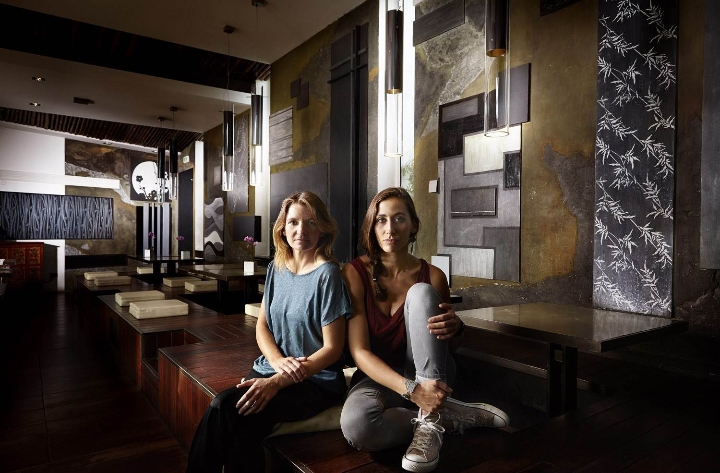