A multidisciplinary team of architects and botanists proposes a revolutionary answer to these questions. Jellyfish Barge  is a floating agricultural greenhouse that produces food without consuming soil, fresh water and energy.

Designed for communities vulnerable to water and food scarcity, the facility is built with simple technologies and low-cost recycled materials.

Jellyfish Barge is a multidisciplinary project coordinated by Professor Stefano Mancuso of the University of Florence, director of the International Laboratory of Plant Neurobiology (LINV; www.linv.org) And designed by architects Antonio Girardi and Cristiana Favretto (Studiomobile; www.studiomobile.org).
The working prototype, created by LINV (University of Florence) thanks to the contribution of the Ente Cassa di Risparmio di Firenze Foundation and the Tuscany Region, has been installed since October 2014, in the Navicelli canal, between Pisa and Livorno.

Designed by Antonio Girardi and Cristiana Favretto, founders Studiomobile, Jellyfish Barge is a modular greenhouse built on a floating platform capable of guaranteeing water and food safety by providing water and food without weighing on existing resources.
Appropriate strategies for providing access to food and water largely depend on the cultural, social and economic conditions of the target communities.

The solutions that have more chances of success in the long term are those able to adapt to different situations and to the different needs in different areas. Therefore, JFB was conceived as a flexible structure that uses construction technology simple, low cost and, where possible, recycled materials.
The structure consists of a wooden base of about 70 square meters that floats on recycled plastic drums, caged by wooden trusses that run along the perimeter and the rays of the octagon. The drums are screwed to the upper flooring that supports the structure of the greenhouse and the solar desalinators.

Fresh water is provided by solar desalination 7 arranged along the perimeter, designed by environmental scientist Paul Franceschetti. These are capable of producing up to 150 liters per day of clean fresh water from salt water, brackish or polluted.

Solar distillation is a natural phenomenon: in the seas, the energy of the sun evaporates the water, which then falls back as rainwater. In Jellyfish Barge, the desalination system replicates this natural phenomenon on a small scale, sucking the humid air and condensing it into drums in contact with the cold surface of the sea.

The little energy needed to run the fans and pumps is provided by photovoltaic panels integrated into the structure. The greenhouse incorporates an innovative hydroponic cultivation system. Hydroponics is an above ground cultivation technique that guarantees water savings of up to 70% compared to traditional cultures, thanks to the continuous reuse of water.

In addition, Jellyfish Barge uses approximately 15% seawater which is mixed with distilled water, ensuring even greater water efficiency. The complex functioning of the cultivation system is guaranteed by an automation system with remote monitoring and control.
Jellyfish Barge was designed to support about two families, therefore it is specially small in size to make its construction simple and feasible even in conditions of economic hardship.

It is modular, so a single element is completely autonomous, while several greenhouses side by side can guarantee food safety for an entire community. The octagonal shape of the platform allows different modules to be placed side by side by connecting them with simple floating bases with a square base, which can become markets and meeting places for a small community on the water.

Jellyfish Barge is the result of a course - coherent and structured - conducted by Studiomobile since 2009 on the use of natural resources. In particular, rethinking the relationship with the sea through the Jellyfish Farm and Networking Nature projects: floating mini-greenhouses with a strong evocative flavor made with recycled material and presented, among other things, at the Salone del Mobile in Milan and at the Venice Architecture Biennale . 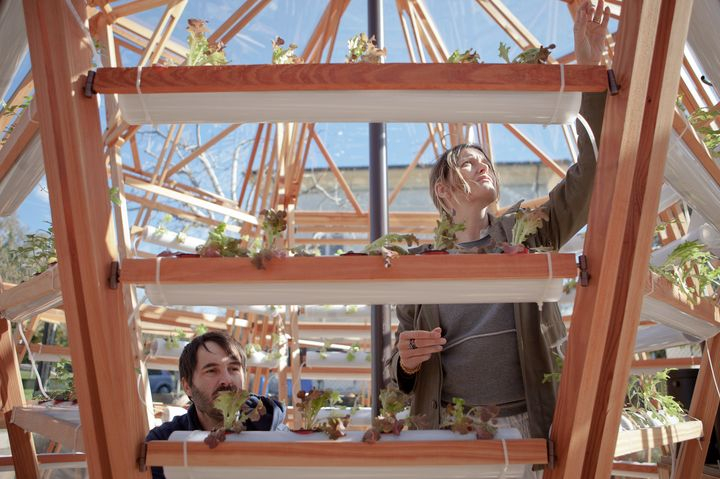 The World Bank estimates a population of the planet close to 2050 billion people by 10 and a consequent global demand for food that is 60-70% higher than today. Being able to satisfy this growing need for food in a reasonable way, without unduly affecting existing resources seems to be a difficult goal at the moment, mainly due to the scarcity of water and land available for cultivation.

Much of the potentially arable land is concentrated in a few geographical areas, while many nations of the Middle East, North Africa and South Asia, with high population growth, have already reached or are close to reaching the limits of the availability of agricultural land.
Agriculture, using 70% of the planet's fresh water, is the human activity that weighs the most on existing water resources. In many areas of the world, such as India, Pakistan and southern Spain, the growing need for agricultural water is met by the extraction from underground reserves, consumed at a faster rate than rainfall returns.

In many areas of the Middle East, however, the water is obtained with energy-intensive industrial desalination processes. The scarcity of water and land available for agriculture is likely to be increased by climate change. Rising sea levels, for example, will contribute to the flooding of increasingly large swaths of fertile land with salt water. This phenomenon has already begun to occur with alarming frequency throughout the Bay of Bengal.

Jellyfish Barge was born from a project by Antonio Girardi and Cristiana Favretto (Studiomobile) and was developed by a multidisciplinary team coordinated by Professor Stefano Mancuso of the University of Florence, director of the International Laboratory of Plant Neurobiology.

Jellyfish Barge is manufactured by Pnat (www.pnat.net), a spin-off company of the University of Florence. The team is made up of Stefano Mancuso, botanists and plant physiologists Camilla Pandolfi, Elisa Azzarello, Elisa Masi and architects Cristiana Favretto and Antonio Girardi, founders of Studiomobile.

Pnat is the first think tank born in Italy where design, science and biology interface to study creative and technological solutions to the issues left open by sustainability: in a planet of finite resources, how to guarantee food safety, accessibility to water and the resilience of communities to environmental changes?

The Jellyfish Barge project is coordinated by the University of Florence and supported by funding from the Ente Cassa di Risparmio di Firenze and the Tuscany Region. 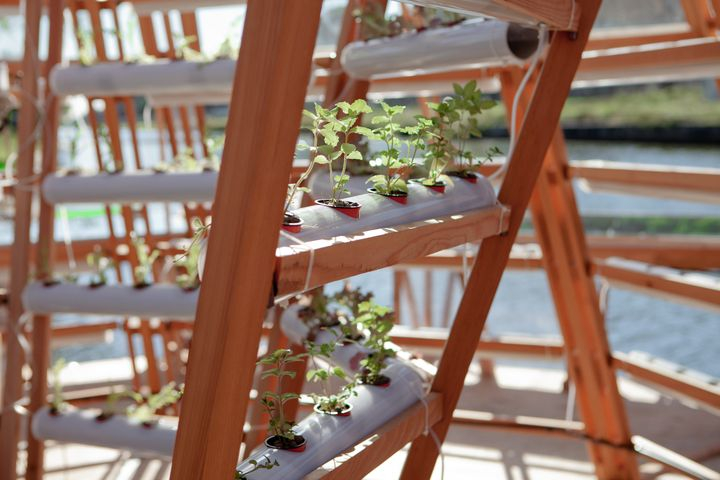 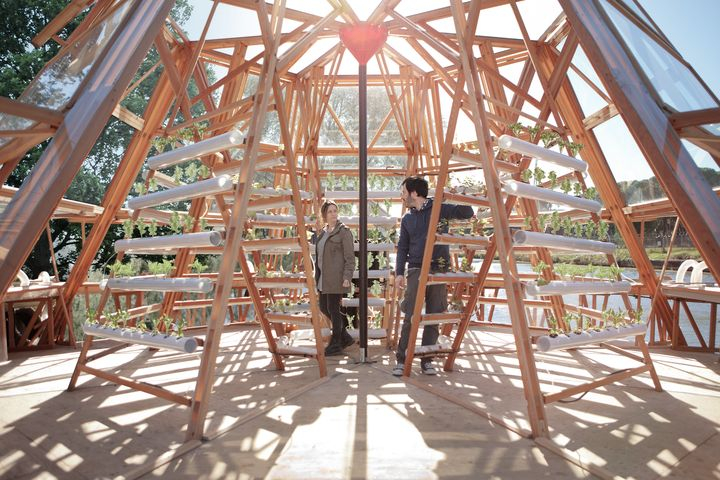 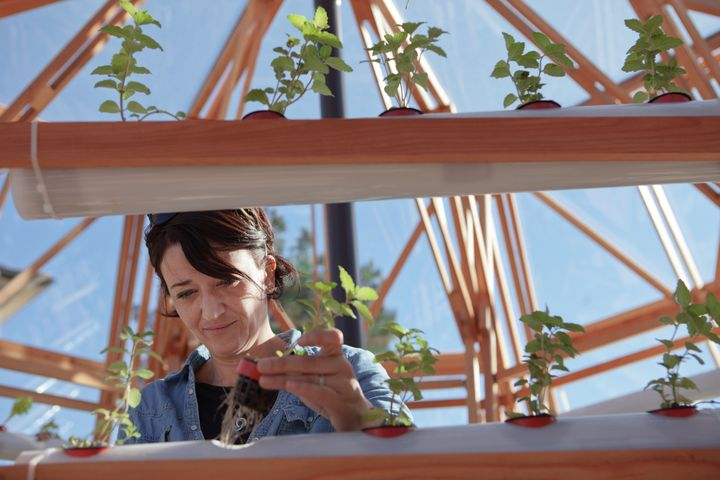 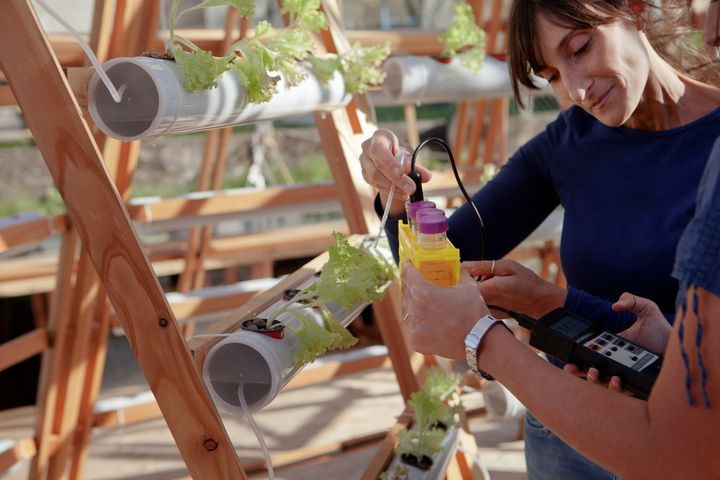 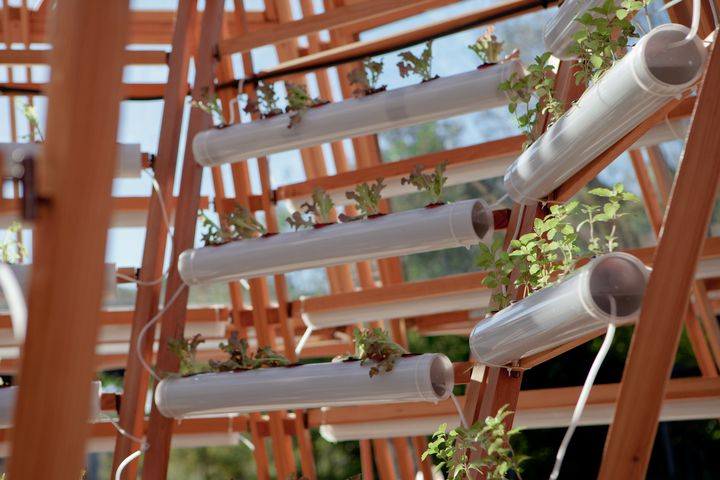 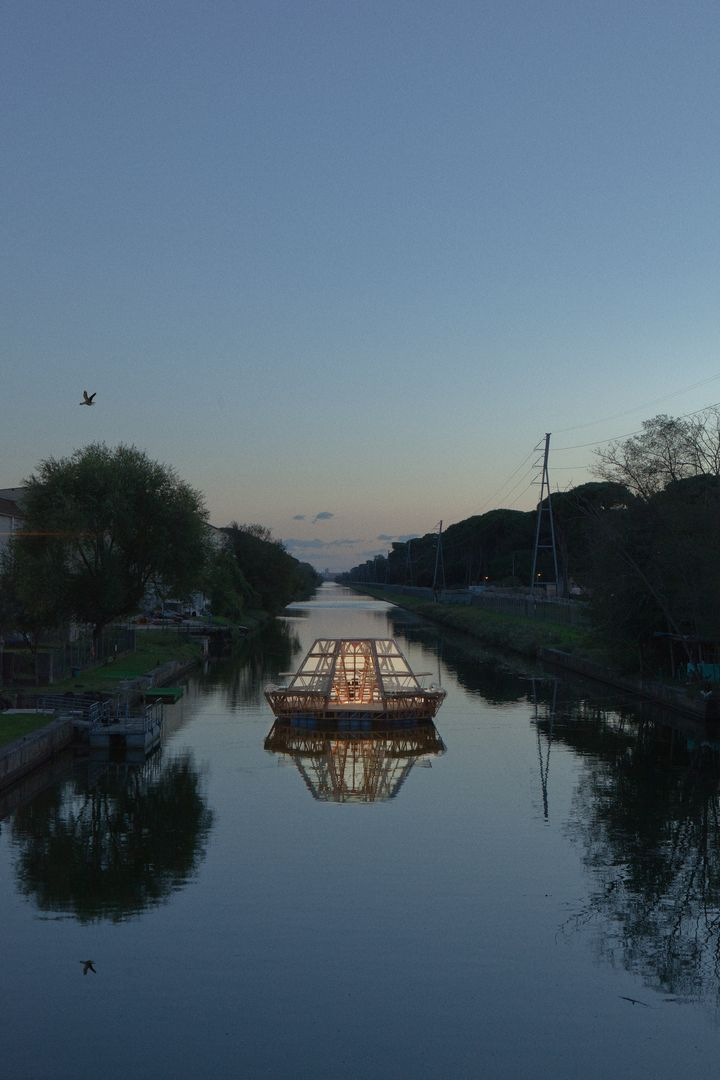 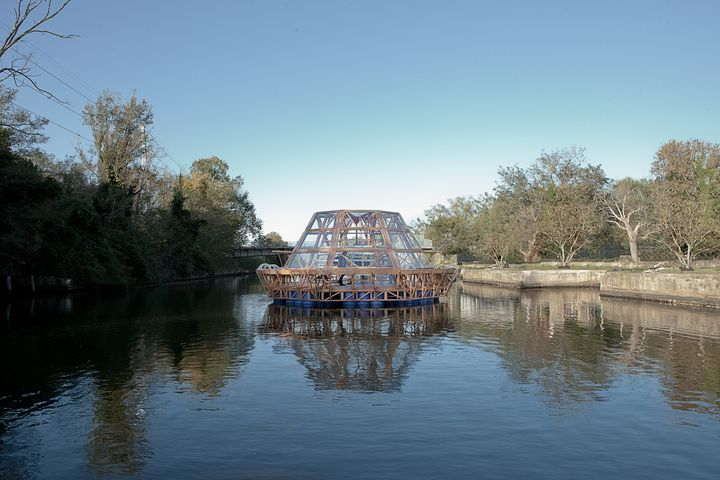 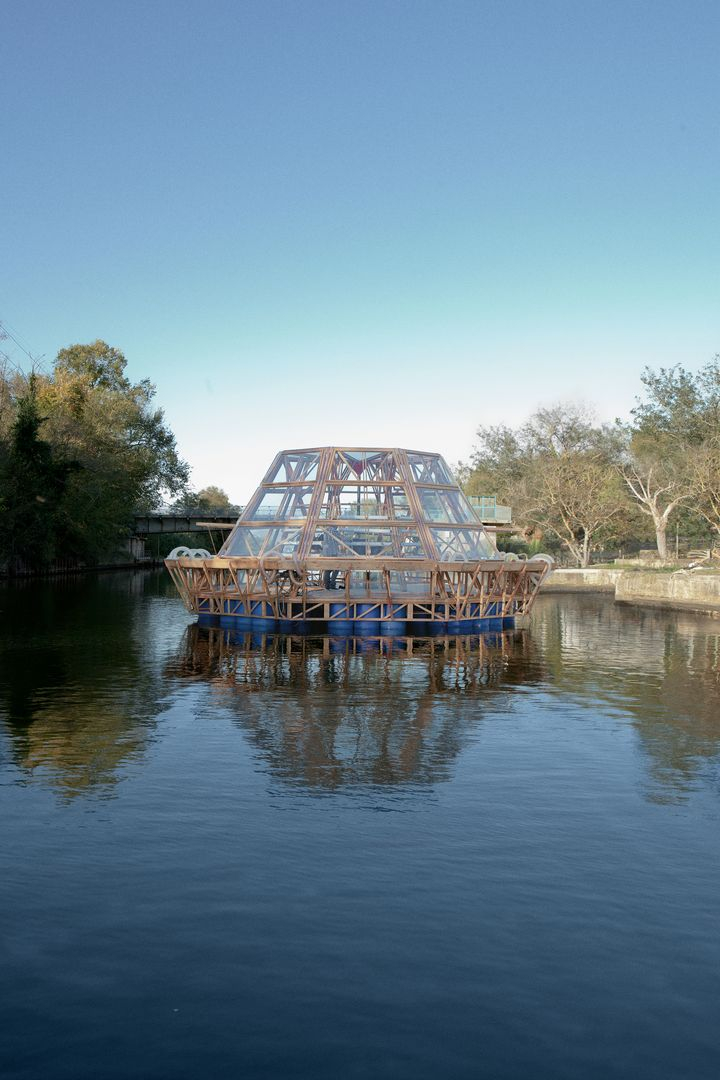