Hous.E + combines specifications old and new in order to create not only a building passive in terms of efficiency Energy and Sustainability, but also equipped for actively respond to the needs futures systems smart grid in which is distributed a surplus of energy , Thus being able to create agriculture in the city, through different solutions that have never been developed until now.

Designed by Polifactory per a competition organized by The Architecture Foundation of British Columbia, this house si based not only on existing technologies Intelligent, but explore different solutions that have not been developed until now. By way of example, water resources i'm not alone accumulated and reused but are also part of a cycle that generates energy thanks to a series of micro hydro turbines incorporated in the wall.

Hous.E+ is built and with a technique land joke incorporated in wall that is not affected from the rain, fire or parasites, And more requires no further finish. The walls behave as structures breathing, allowing air exchange Lossless heat significant, Working naturally as a mass thermal, accumulating heat in winter and rejecting it in the summer, eliminating the need for air conditioning.
Hous.E + is set to produce more energy than it consumes. 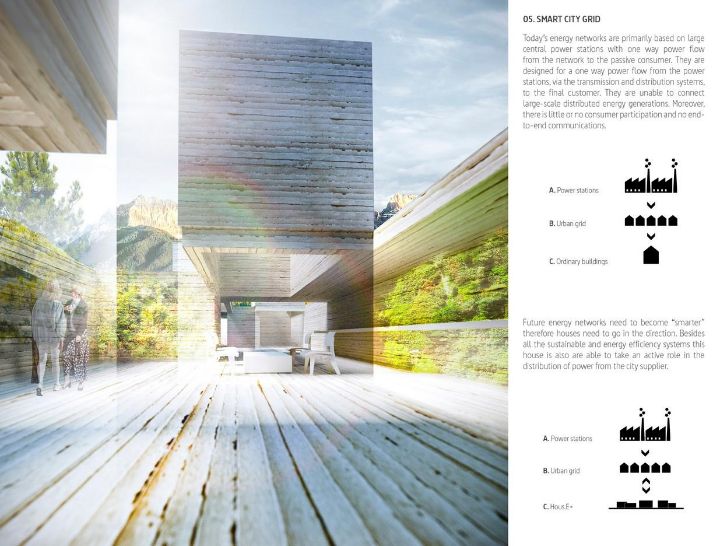 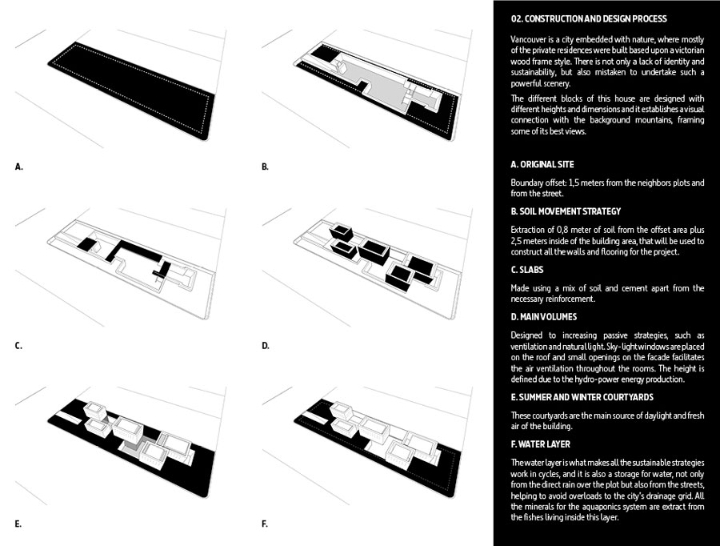 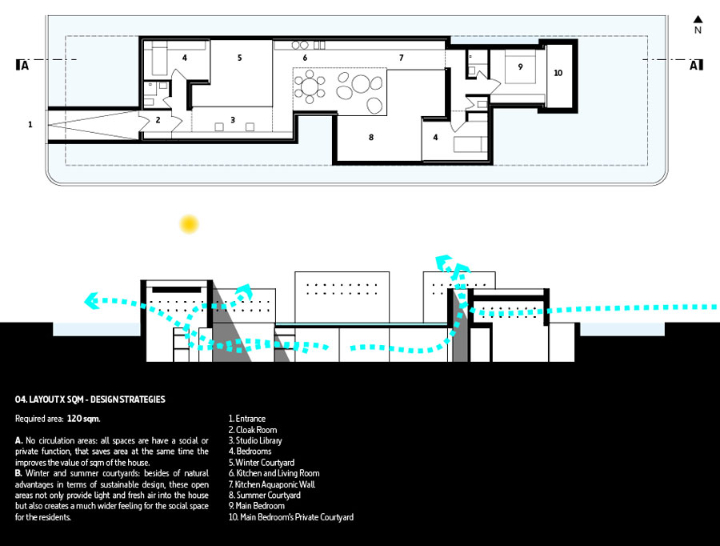 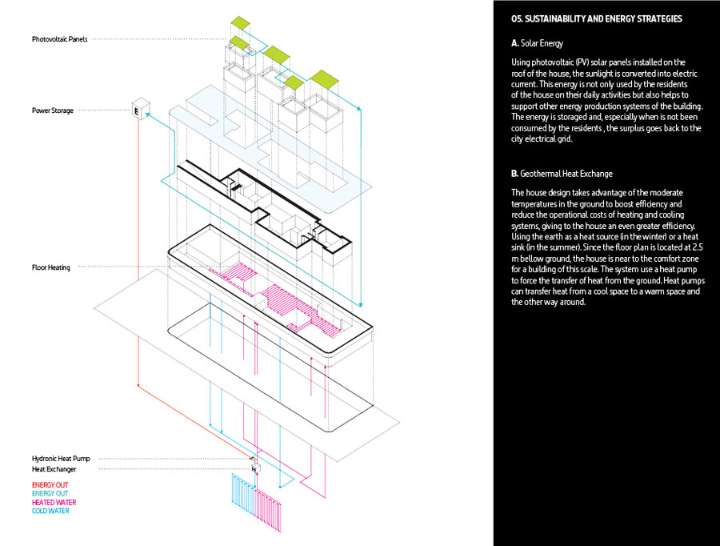 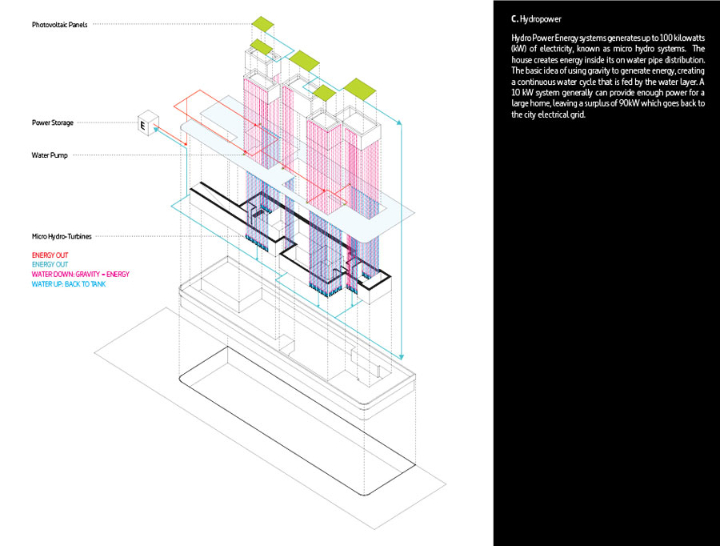 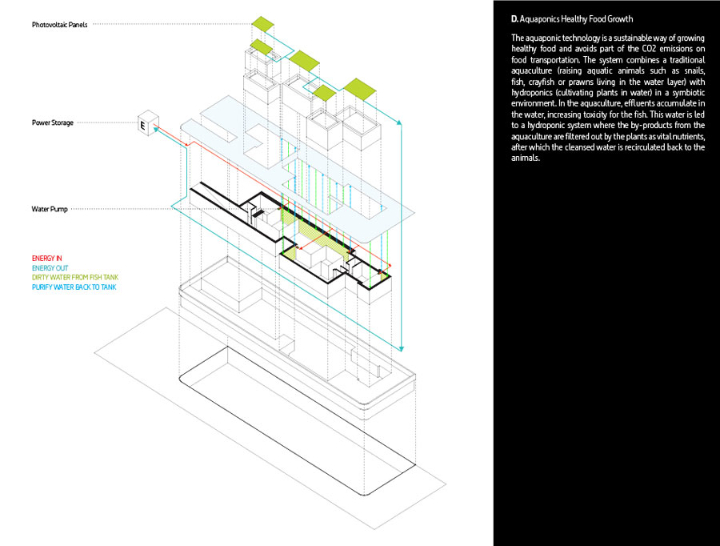