Maurizio Giovannoni / penthouse in Turku it has been modified: 2012-08-06 di Benedetto Fiori

The small penthouse in Turku, Finland, designed by Maurizio Giovannoni, Which the designer himself has sent us some pictures.

“The apartment is a small penthouse in Turku (about 65 sqm.); before the renovation too many doors closed the spaces and the passage of light, moreover the bedroom “enjoyed” the most beautiful view on the historical emergencies of Turku; bringing light and creating a relaxing living space where my client could read were my goals.

The partial demolition of the walls was a natural consequence as well as the inversion in plan between the bedroom and the living room, fixed this, together with my client we chose the "concept", we organized all these details that would have colored the spaces whites while he was in Rome and in the following 400 emails: the result is what I now consider my style, a union between different cultures, there is nothing that stimulates me more than studying countries and becoming a recognizable part 'addition I would say but never intrusive. The floor is covered with white lacquered ash, the shelves are in birch and the table is also in birch but "burned", the wood is a constant presence of the project and for Finnish people, but the real attention is catalyzed by the nature represented on the wallpaper, with colors and contrasts and that typically “Mediterranean” courage, the supplies themselves are a mix of the two cultures of the past and the present; the grandmother's armchair is a vintage fininco piece from the 60s as well as the red lamp, the arch that frames the paper d aparati is the famous twiggy of Foscarini and the suspension lamps are the Olimpia model by Ideal lux also Italians .. everything coexists in perfect harmony. " 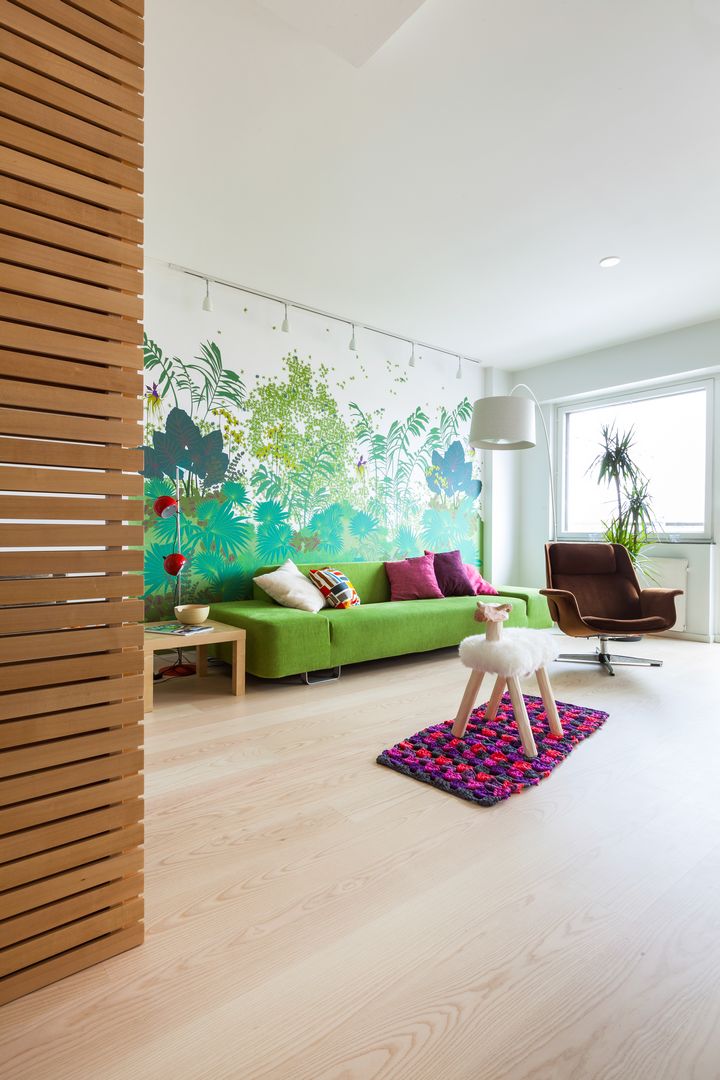 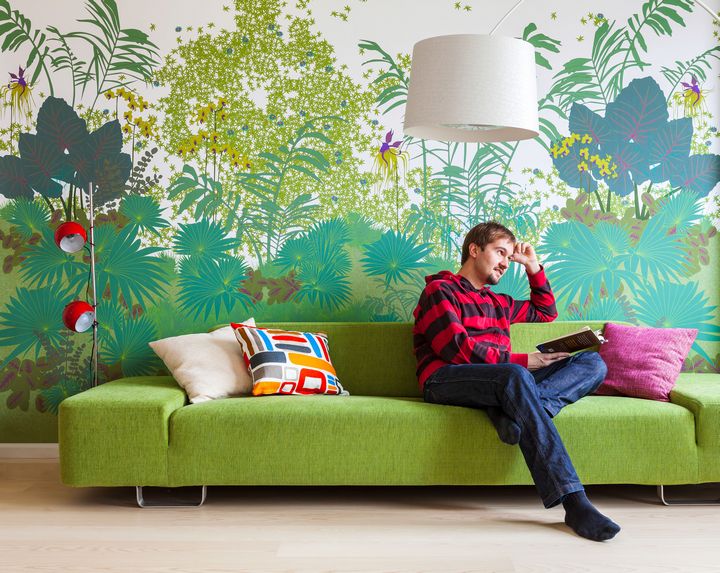 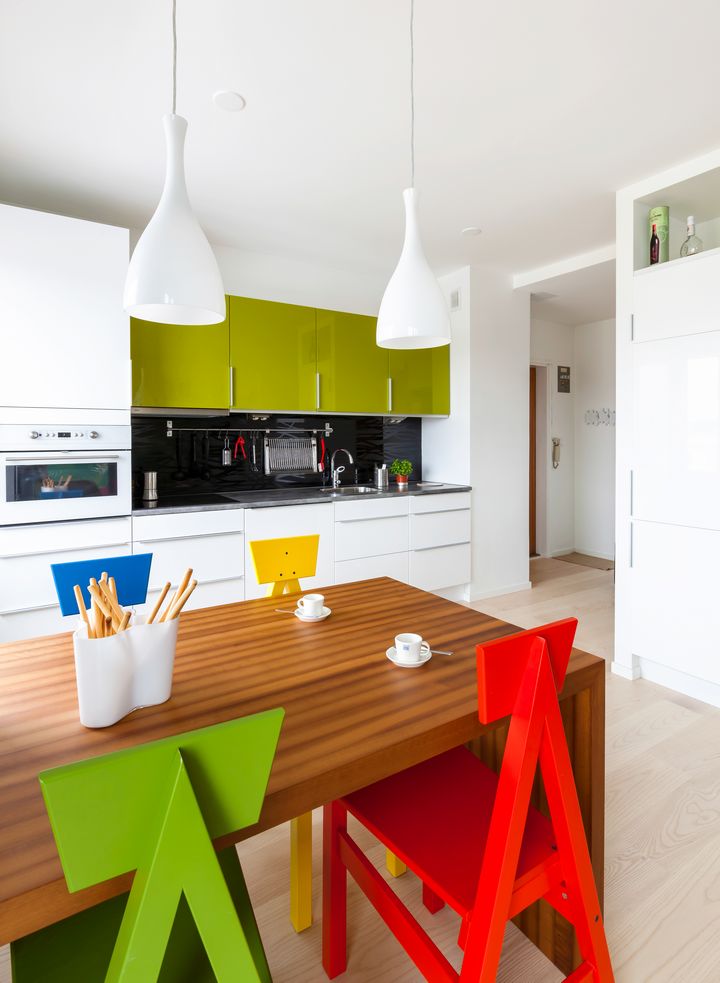 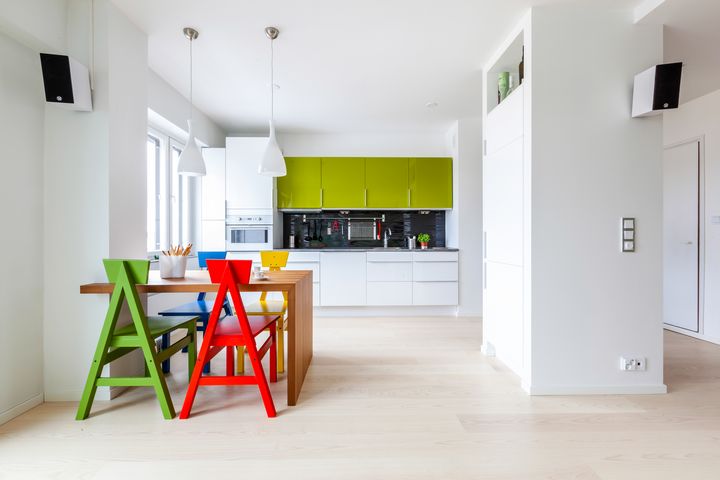 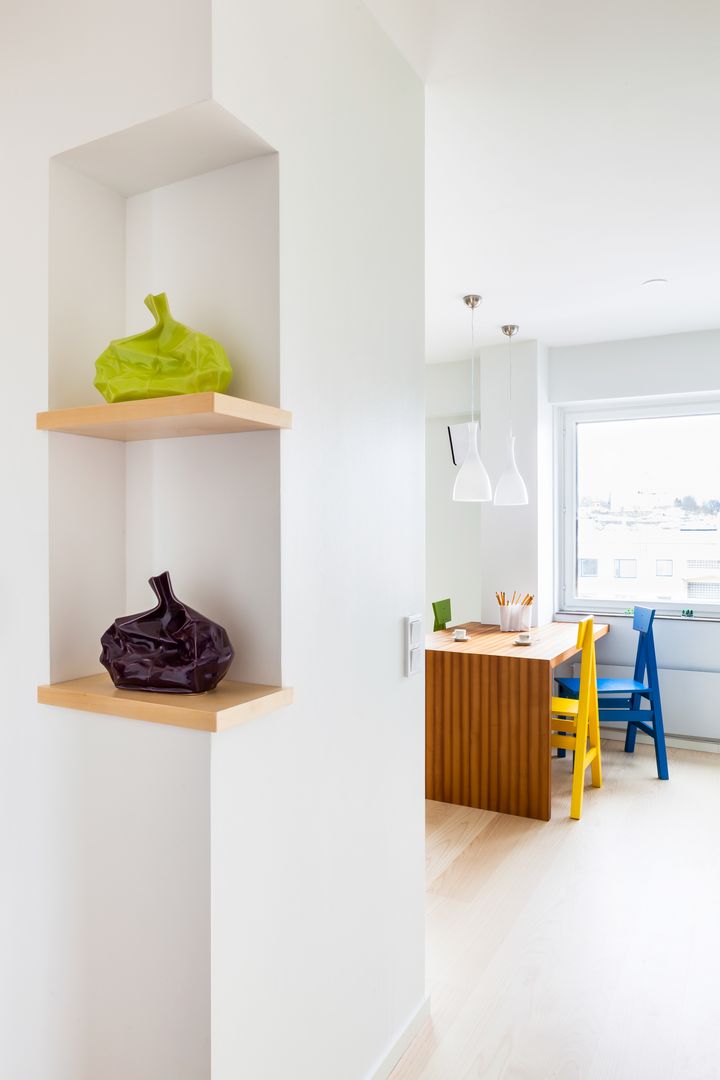 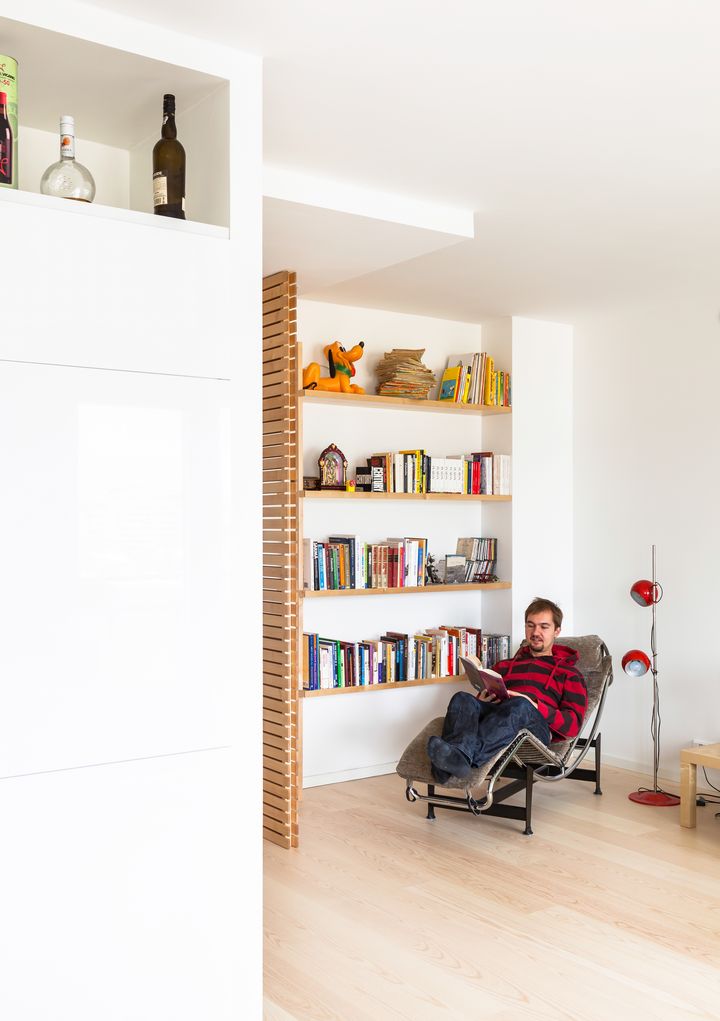 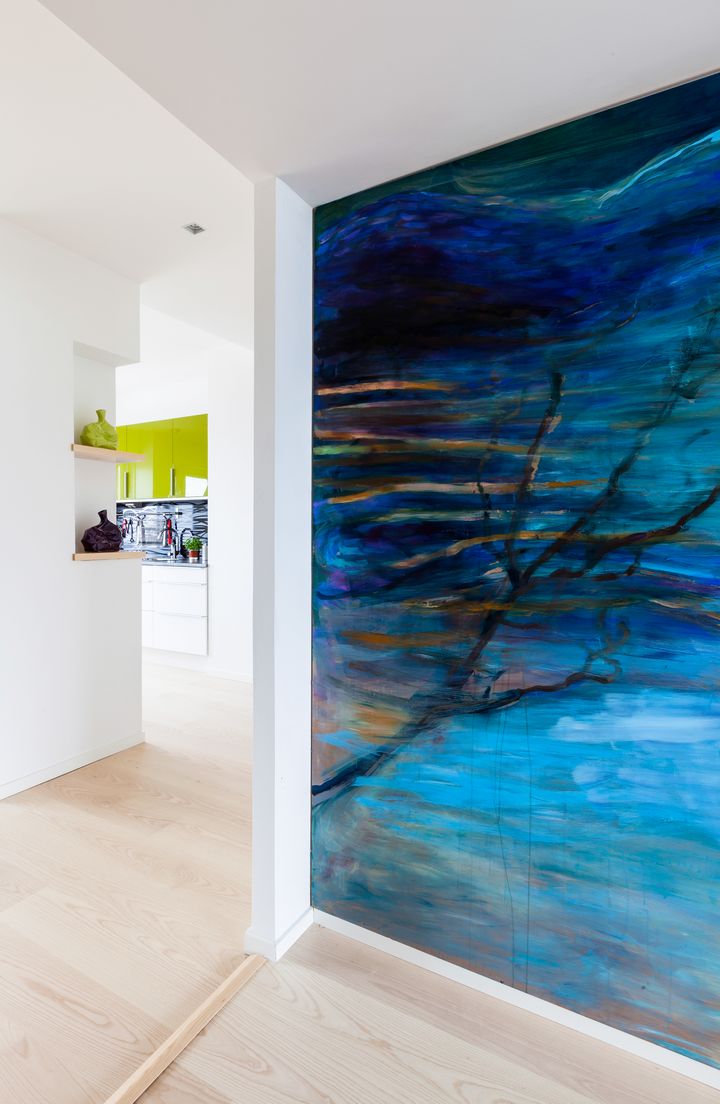 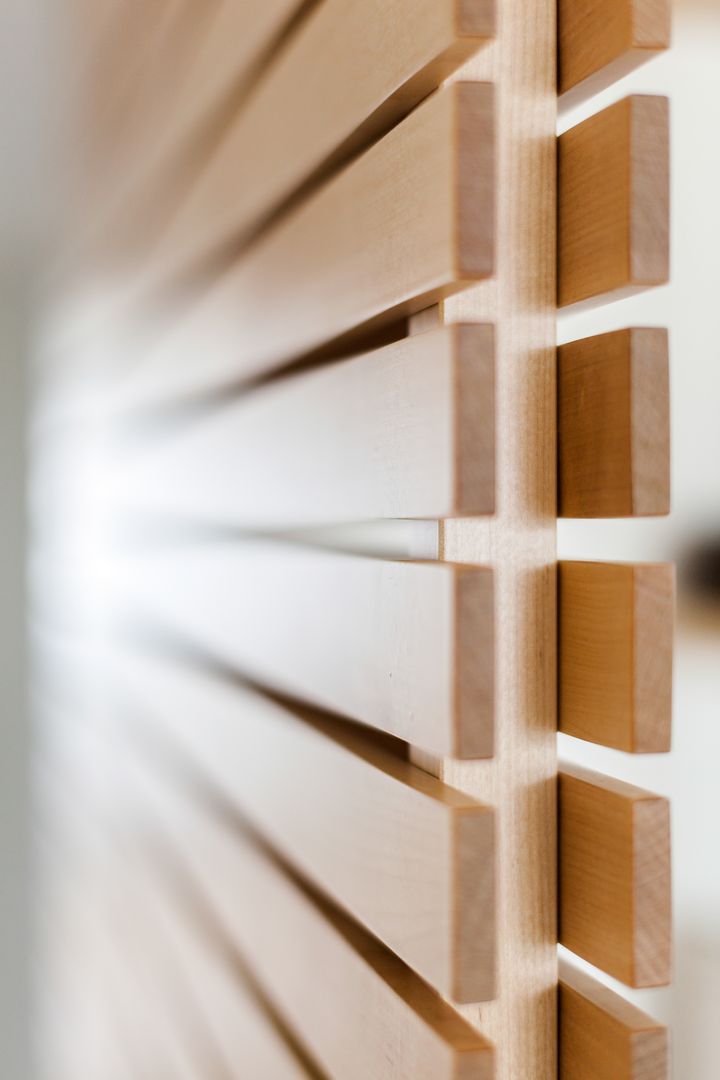 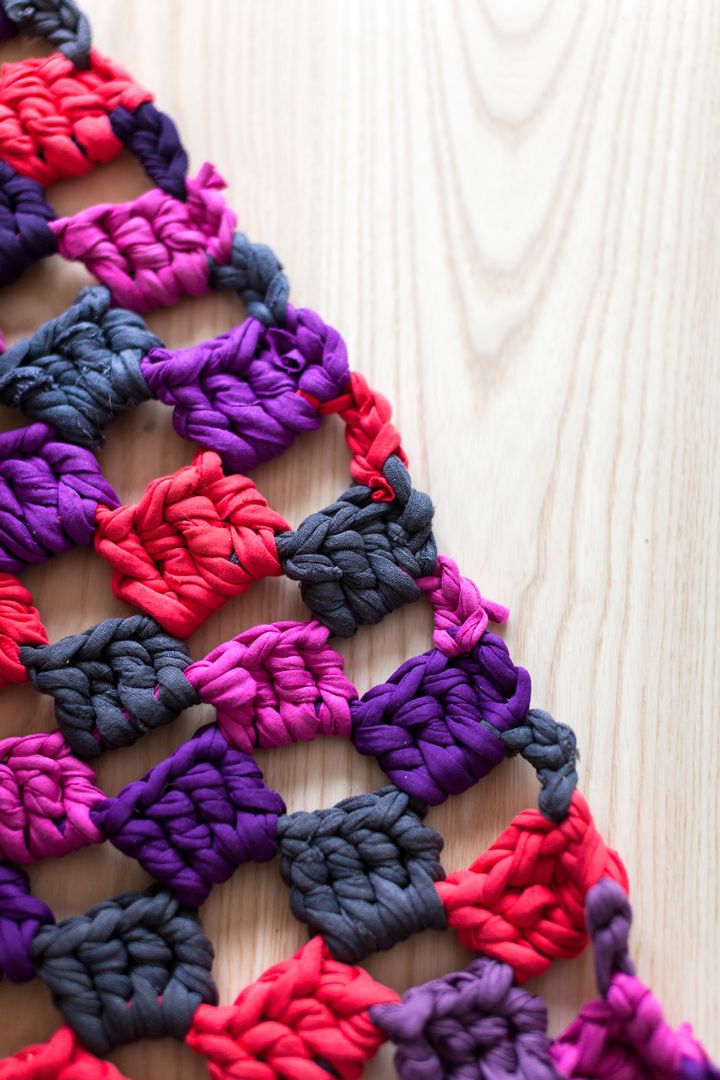