Campari Bar Ingo Maurer Light is the new table version of one of the best known and most representative suspension lamps of the German genius Ingo Maurer, Designed by Raffaele Celentano: the Campari Light.

In the years ???? 1941 and 1942 ????, the studies of Jean Prouvé they conceived and carried out various interior design projects for the chemical company Solvay. Among his numerous projects of the time there is also a wooden table which is an emblem of Prouvé's work: the table Table Solvay Vitra.

The need for statics and the course of forces are clearly reflected in its design details, similarly to the later EM Table Vitra which differs from the Table Solvay Vitra for its metal legs. 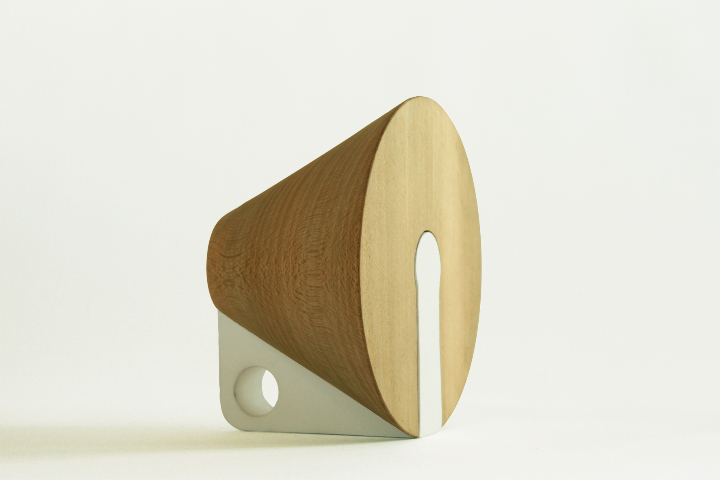 In what is emerging as the "new center of Milan" at the futuristic complex Porta Nuova VaresineOn the occasion of Furniture expo, Vaselli - Stone Spirit presented new exciting achievements dedicated to the subject, within the event Urban Stories, organized by MoscaPartnersIn partnership with Hines. From the 9 14 April 2013, the public event Urban Stories fact had the opportunity to learn about the philosophy and know that they belong to the historical reality and tailoring of Vasey, who for over 100 years continues the experience of the stone processing, rooted in the territory of Rapolano Terme, manufacturing district of the province of Siena, known for the presence of travertine. The Tuscan company, which has always pursued excellence in manufacturing, in recent years has also embarked on a research project that interprets the stone emphasizing the vocation and proposing structural pieces that highlight the uniqueness of the rock, through the forms and the attention to detail.