As she is written by Philippe Daverio, "the secret of the planning of Catellani It is that there is no creativity without the spirit is playful. "

E 'in this spirit that Catellani decided to light the paper, to savor through a thin sheet of rice paper the feelings that, with a small LED, can be created.

The Japanese people of great determination, high ethical value and the utmost respect, although the holders of the highest technology, claiming to build the future by looking at the past.

It almost seems that Enzo Catellani has thought of them with its discreet gesture to use rice paper and rekindle the spark.
The 2015 is also the International Year of Light and M.Inguscio, President of the National Institute for Research in Metrology, said that "to understand what is the Light allowed us to understand the laws of nature."

Perhaps this is the meaning of the choice to propose some "special parts" that lead us back to nature. Moon River, a river bed made with a steel pipe pierced and shaped by hand, in which water flows with the sound of a stream technology.

Luna nel Pozzo is a concept and not a lamp. It makes light matter. An incredible cascade of gold discs suspended, each illuminated by a small LED, back to a sky full of falling stars. In side a hard pure gold illuminated by three thin rods, also with a small built-in LED.

It also revived an object of 1999: The machine manufacturing bulbs Small, unveiling the mystery of how to make light bulbs.

Then a gesture: a tribute to Isamu Noguchi, great Japanese artist, and his ability to create great expressions using the simplicity of rice paper. In front of a mirrored wall, and several thin rods with an LED covered by a sheet of rice paper transmit serenity and sense of value passato.Una limited numbered series of light sculptures reflects on the white wall a kind of shadow puppetry by LED, technological achievement of the third millennium. This combined by a series of candle holders, almost wrapped in a gold color paper on which seems to reflect the flame.

This show is the improvement and completion of the latest collection presented in Lederam 2013 at Light + Building in Frankfurt. 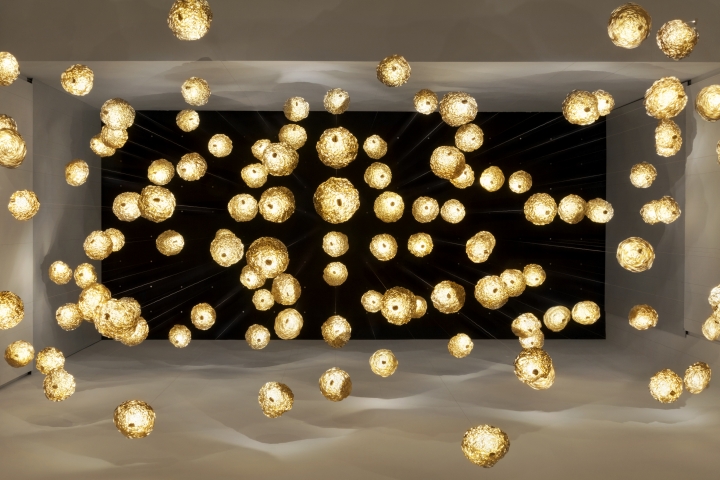 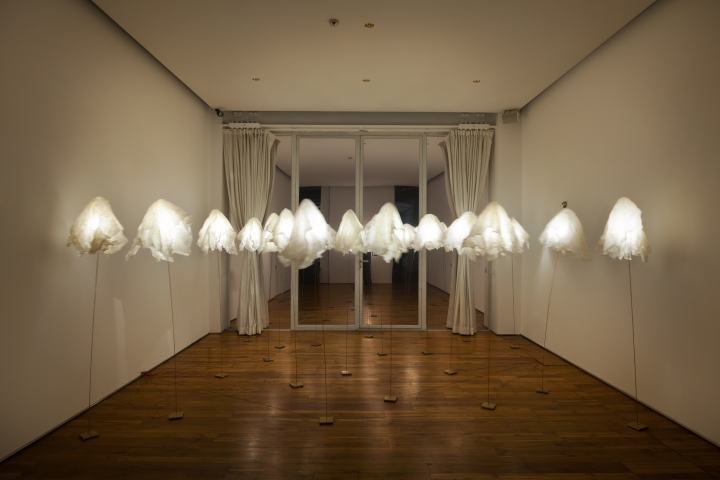 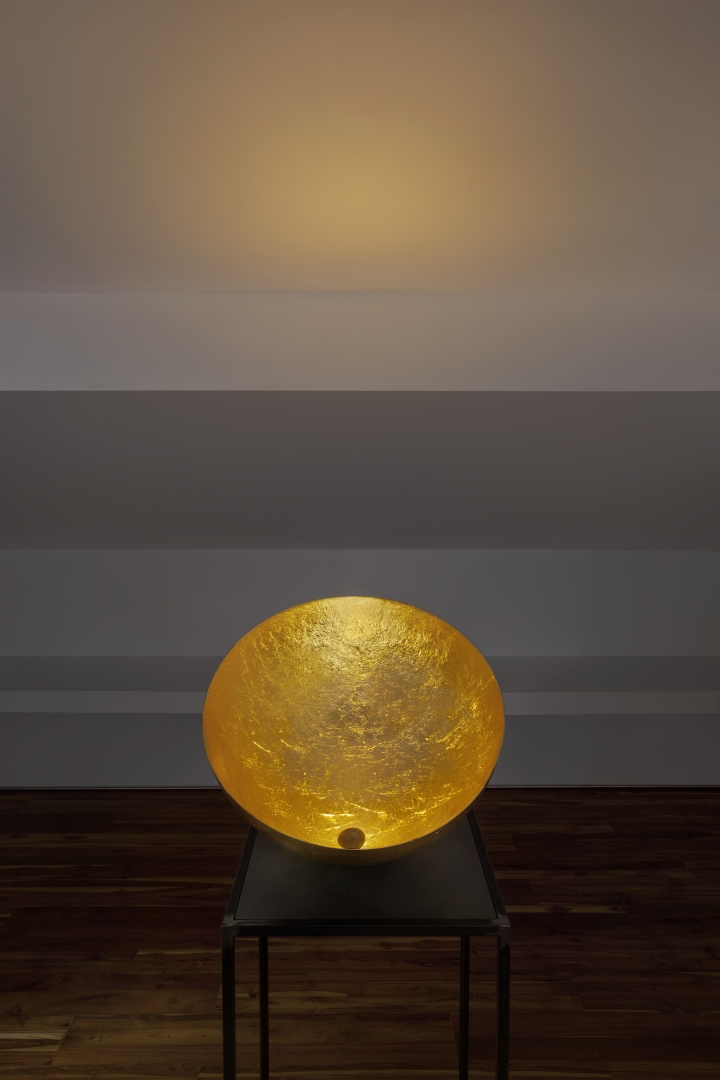 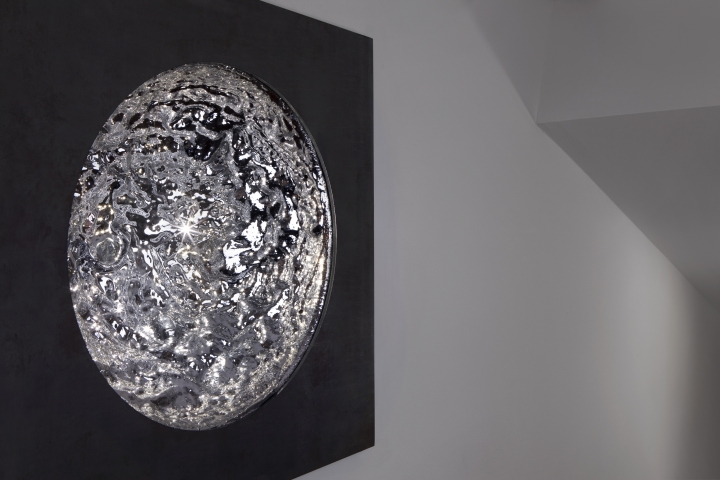 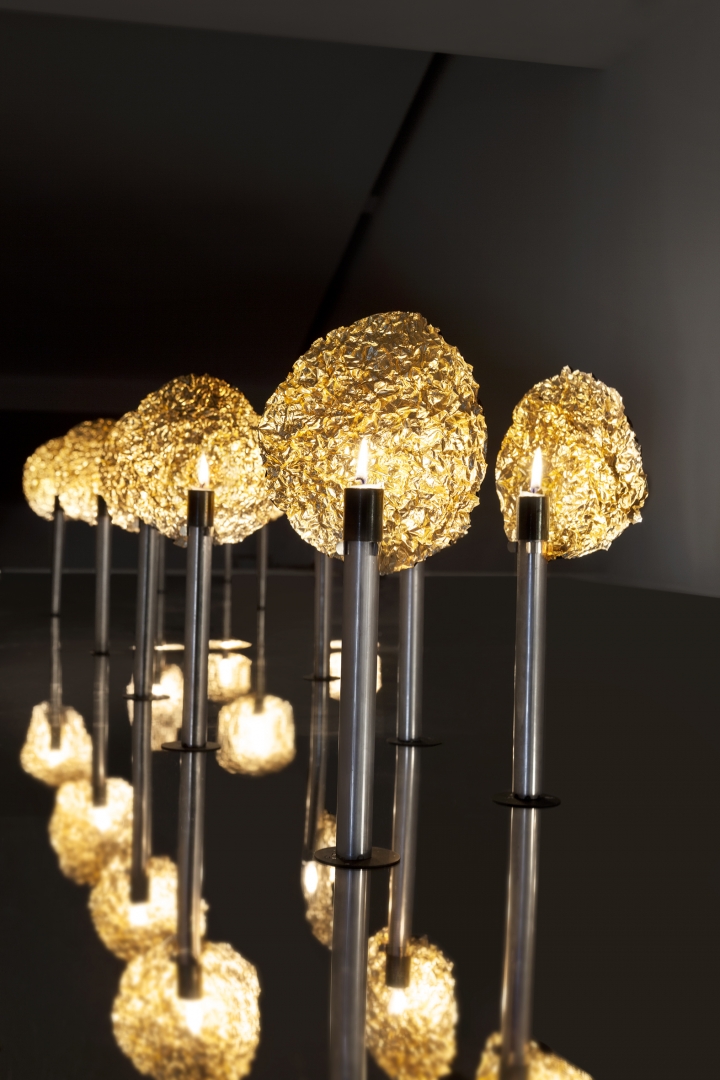 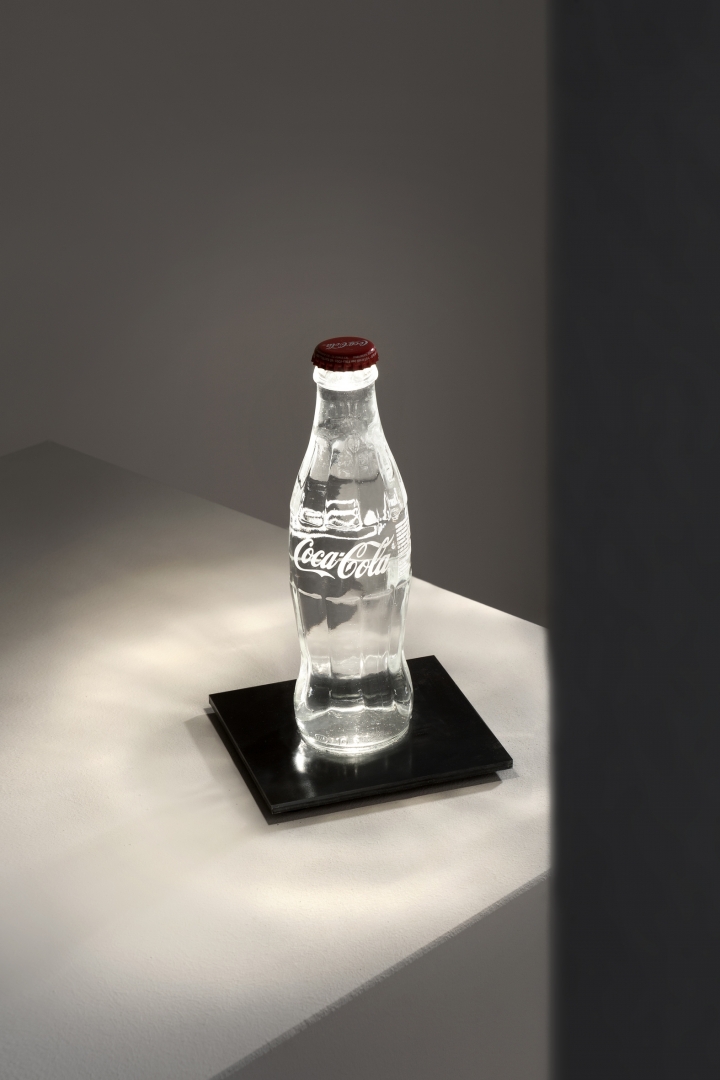 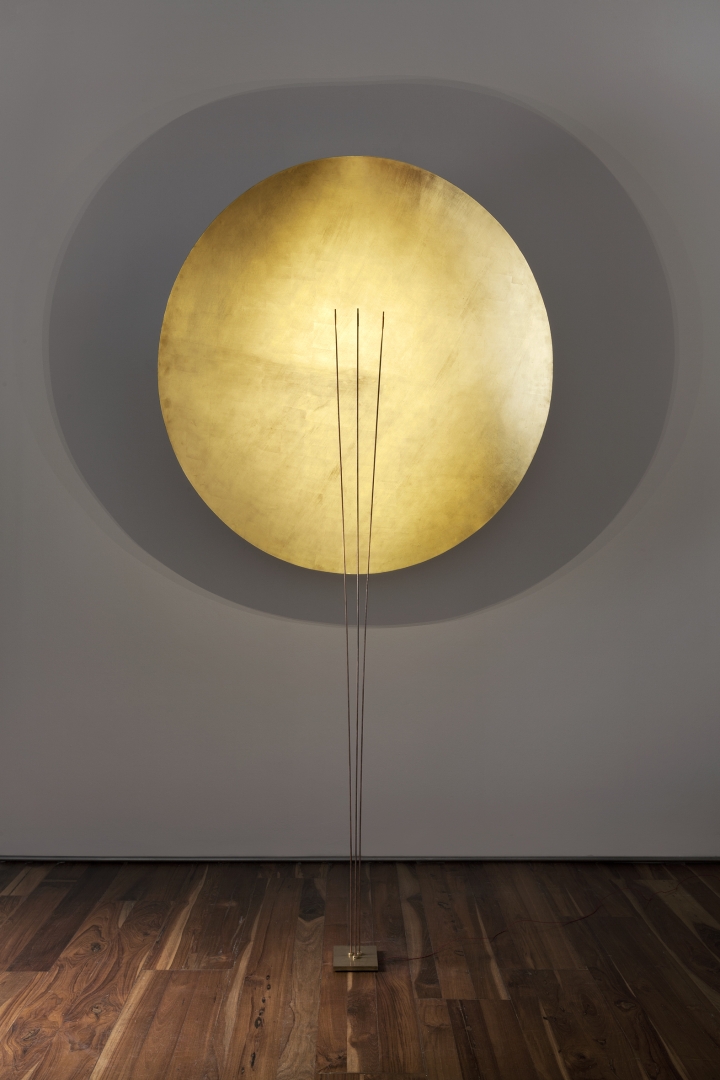 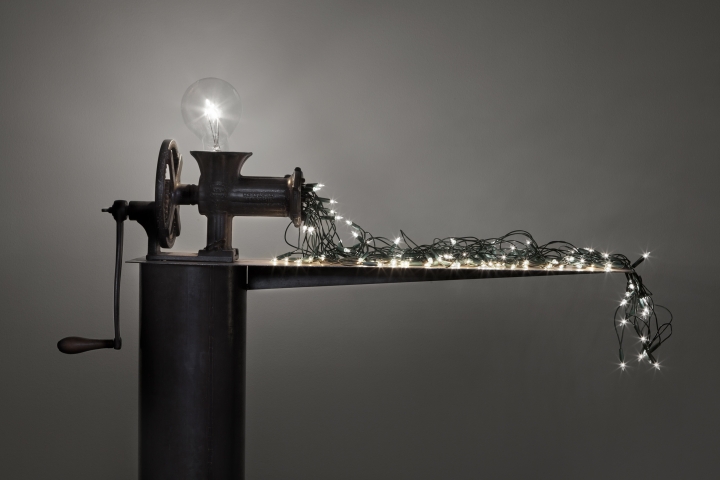 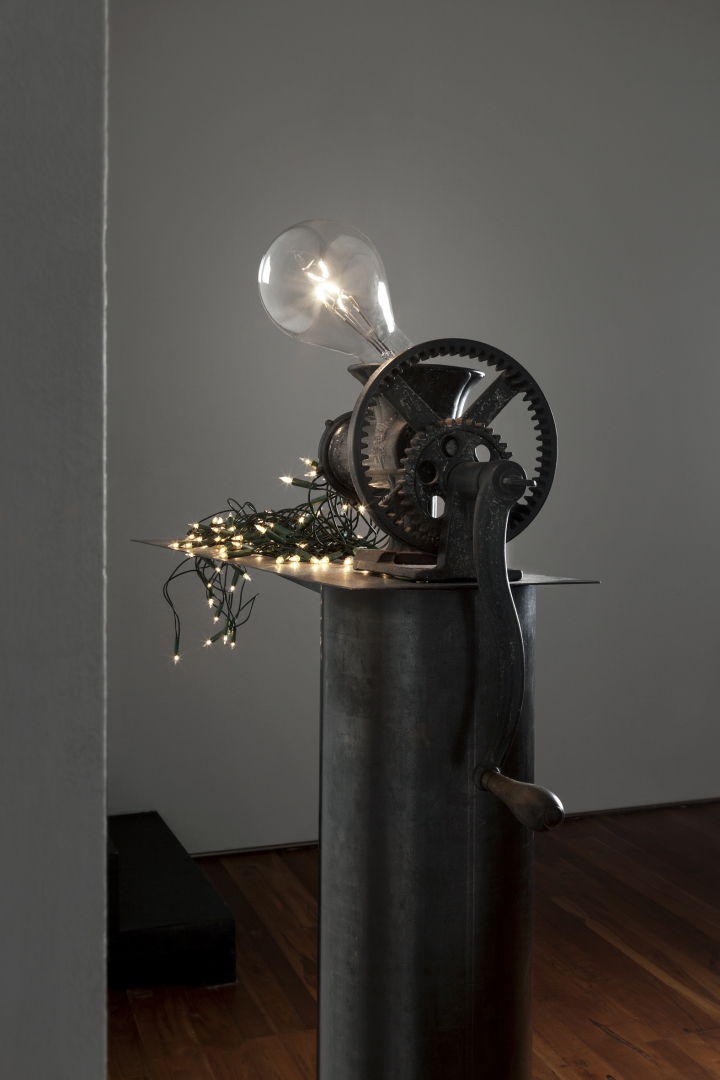 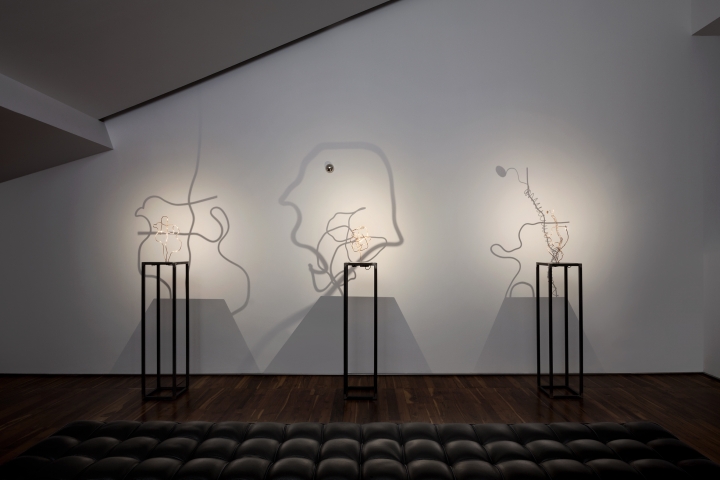