Runs in Flussocreativo, is a circular ashtray candle consisting of a paraffin body, in whose central recess the wick is positioned along the perimeter.Once started, the light makes a circular path following the inner circumference of the candle, in order to melt the paraffin and the eye at the same time of those who, enraptured by the enchantment of the fire, stopped to observe its movement.

During the melting, the paraffin slides into the nearby groove, gradually creating an effective liquid layer to retain ashes, smells and comfortably extinguish the cigarette.Vizio becomes an opportunity to enjoy the vice of an incomplete cigarette, surrounded by a warm and friendly atmosphere. 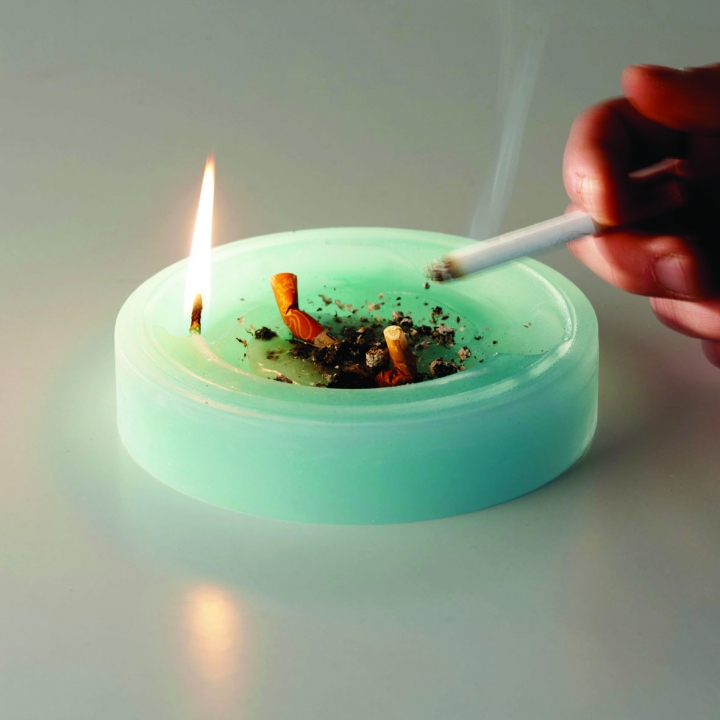 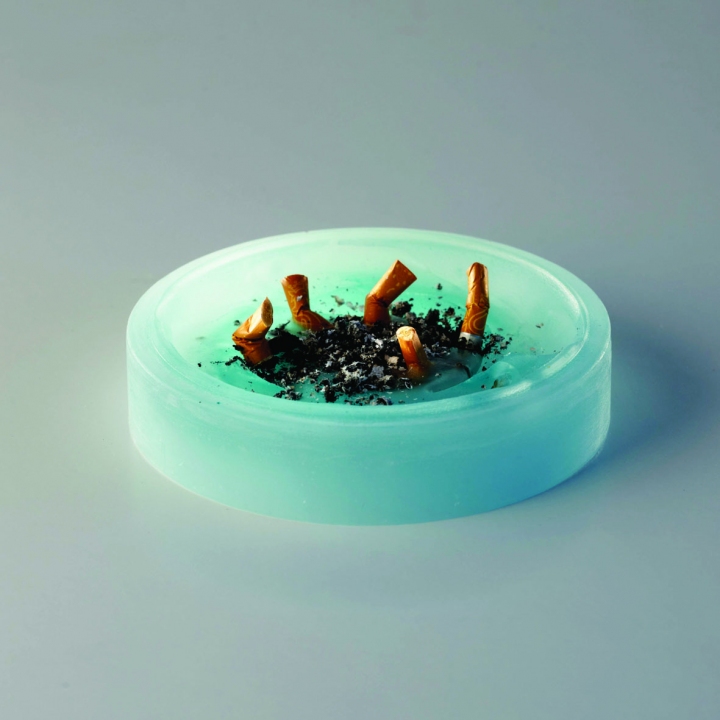 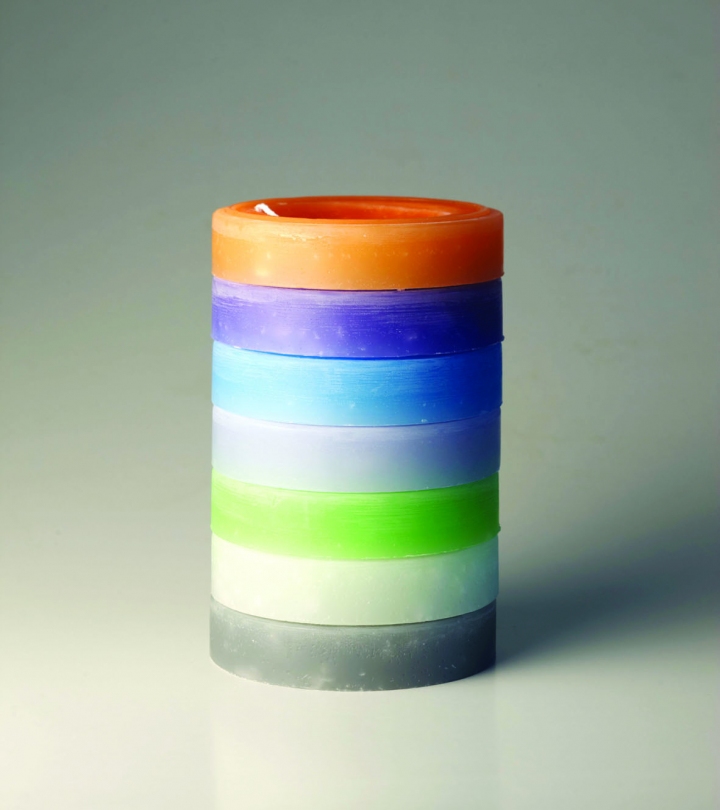