Home » Design » THE GREEN SOUL OF CATALANO at Cersaie 2013

"Think Green": More than just a slogan for Catalan, Which it pursues different objectives from time to sustainability and respect for the environment in all stages of the production cycle. On the occasion of cersaie 2013 He revealed in all its concreteness his soul green, far from easy mode and, above all, strong results achieved and consolidated. Presenting the news 2013 that complete the most prestigious and well-known collections of its catalog, Catalan interprets its presence in Bologna as a perfect time to tell those elements of added value that come from process innovations and that, increasingly, become discriminating factors in the choice of products.

Enterprise policies and technological changes introduced over the past decade have had a significant impact on the "Life Cycle Design" and about the sustainability characteristics of processes and products. From the planning and pre-production phase - which includes all the choices and activities upstream of the production process, involving the procurement and treatment of raw materials - we move on to the planning / design and production phase, in which the evolution from systems traditional to automated systems has led to a significant reduction in the consumption of resources (electricity, heat, etc.), a reduction in emissions and an improvement in working conditions. Finally, we reach the final stages of distribution, transport and recycling, in which careful choices lead to very evident results in terms of sustainability.

Green Report 2013 is the magazine distributed at Cersaie and developed by Catalano to tell, with the support of infographics, the company's path towards eco-sustainability in all its aspects. Designed as a guide to what was and will be created for a more sustainable production, the magazine can be interpreted as the budget of a series of actions and technological changes of processes, a real paradigm shift made in recent years.

Thanks to in-depth texts by Carlo Martino, professor of Design at the La Sapienza University of Rome, and Giuliana Zoppis, architect and founder of Best Up, a circuit for sustainable living, the peculiarities of Life Cycle Design applied to the sector are analyzed. sanitary ceramics industry, underlining the value of its integration in the system of virtuous small and medium enterprises of “made in Italy”.

Furthermore, data, diagrams and graphs for immediate reading visually highlight, in a “green” story, the results achieved by the company. "A dynamic picture emerges from the Green Report", underlines Carlo Martino, "which tells and represents the goals achieved to date, highlighting the consistency, courage and sensitivity with which the company has faced the issue of impact environment in the production of its products, but it also brings out what it intends to face in the future, well aware of the essential meaning and ethical value that green action assumes ". 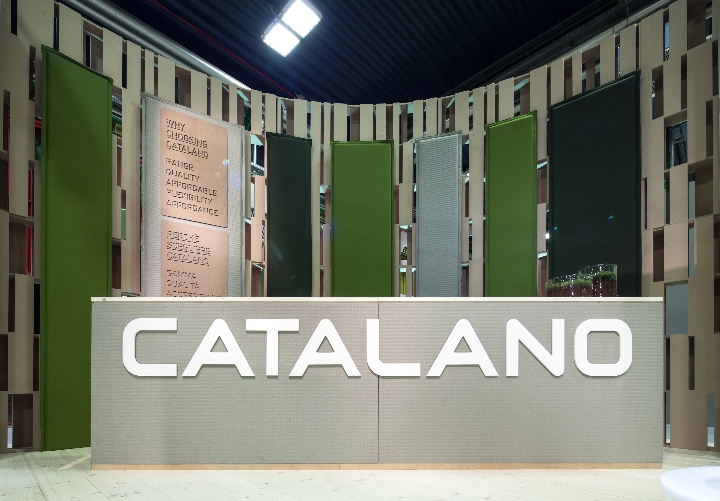 Totally in keeping with the green thinking that is the main theme of the presence of Catalan in Cersaie 2013, even the stand, designed by Studiomartino.5, was designed in the spirit of "Think Green". A warm and welcoming space, designed to guide visitors through free and fluid paths, characterized by materials and colors inspired by nature. Natural woods and fabrics in different shades of green dominate the entire stand - which will come out of its perimeter to bring a “green” touch to some of the external corridors - and define exhibition corners dedicated to the bestsellers and novelties of the 2014 Catalan catalog.

An exhibition concept that expresses the company's philosophy and style to the maximum, enhancing the product lines already known and appreciated, the new proposals and the additions to the range, which complete an increasingly rich and diversified offer, characterized by the extreme transversal combinations possible. Among the product implementations, the new 100 model of the Impronta family, designed by the Fuksas studio, the 60 size of Star, the new formats of the New Light family and the two Premium models. 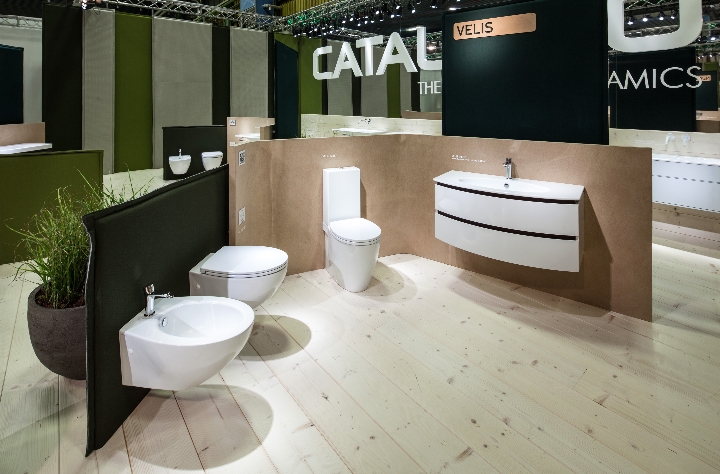 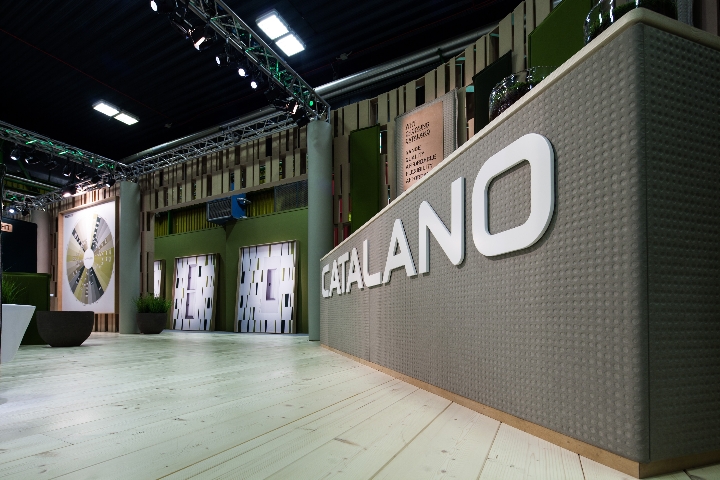 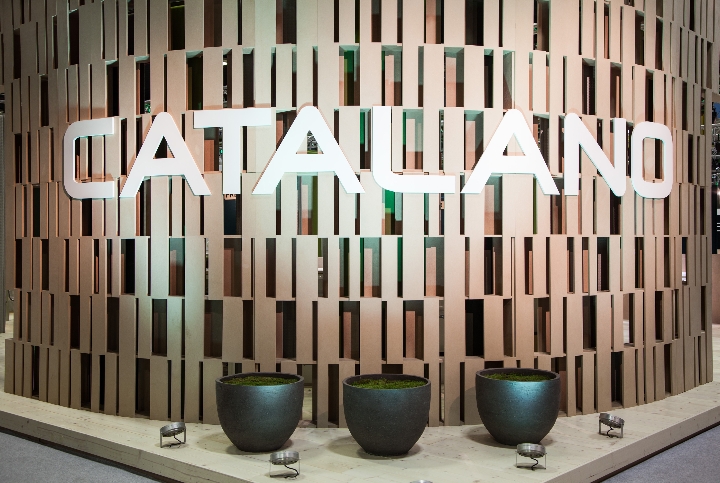 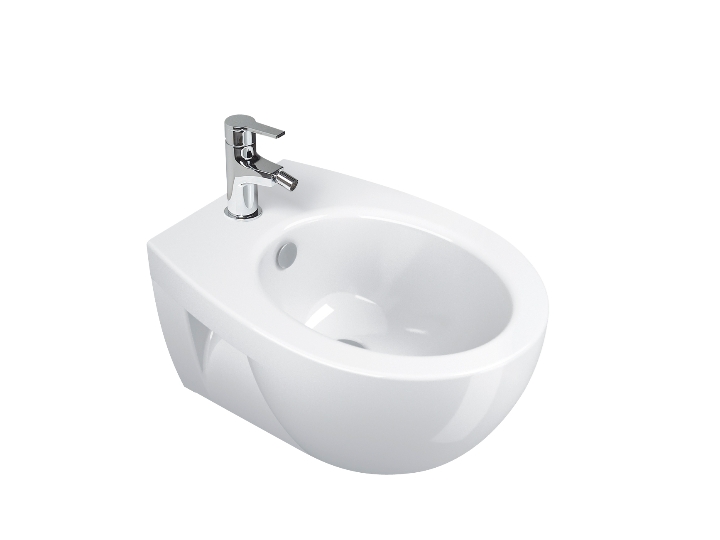 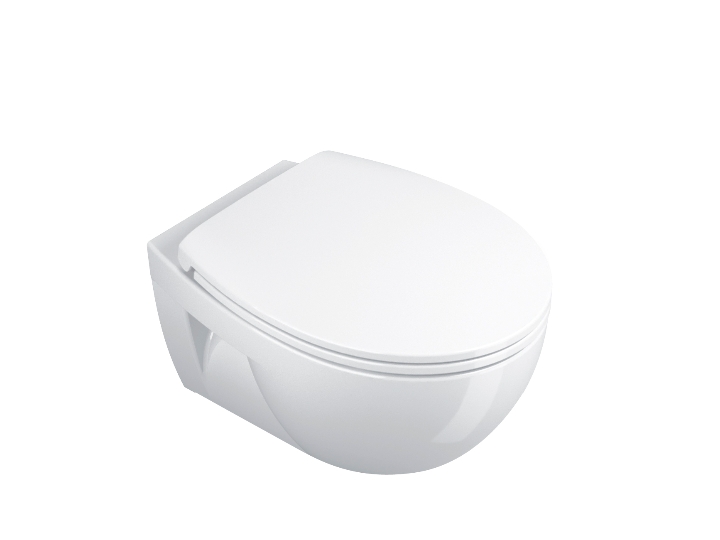 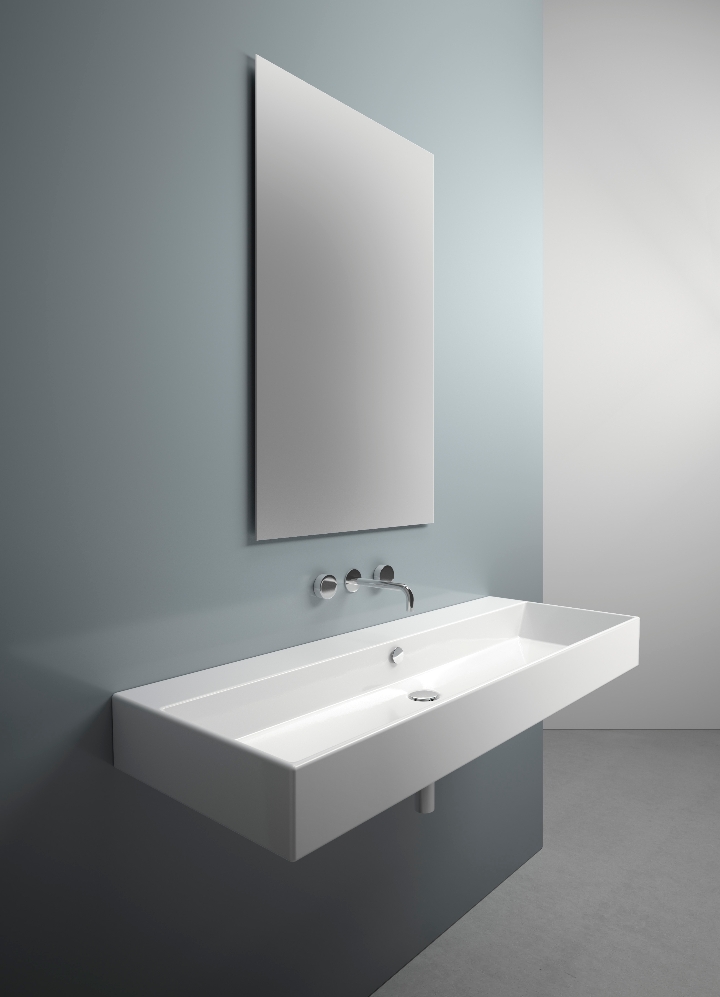 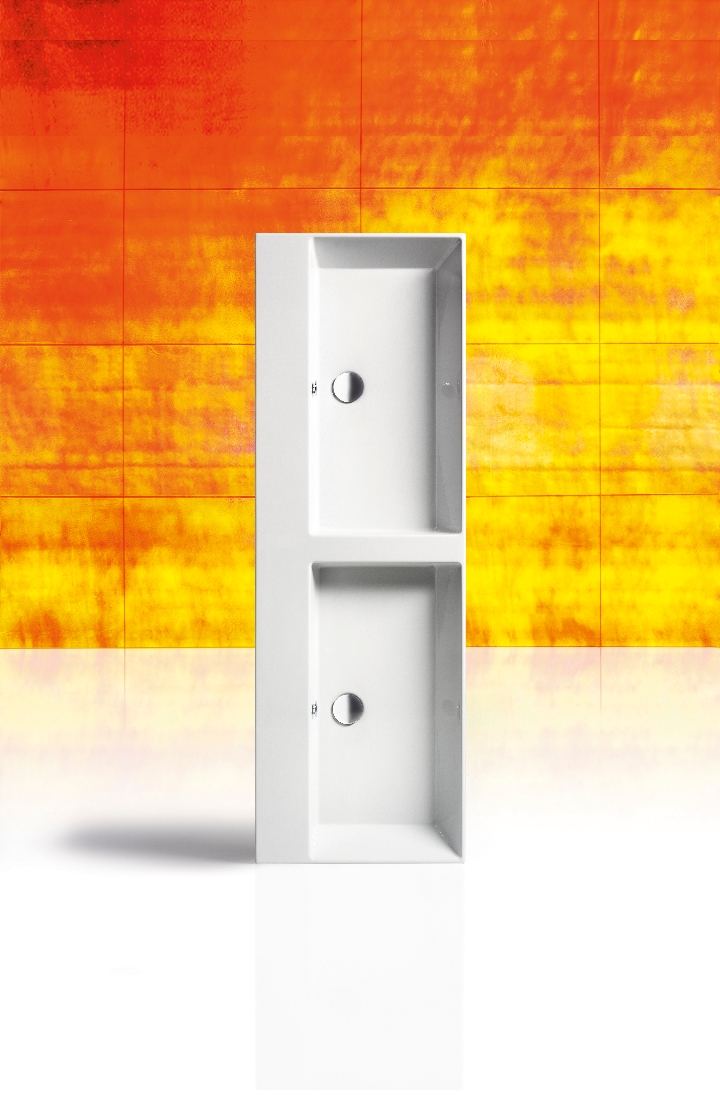 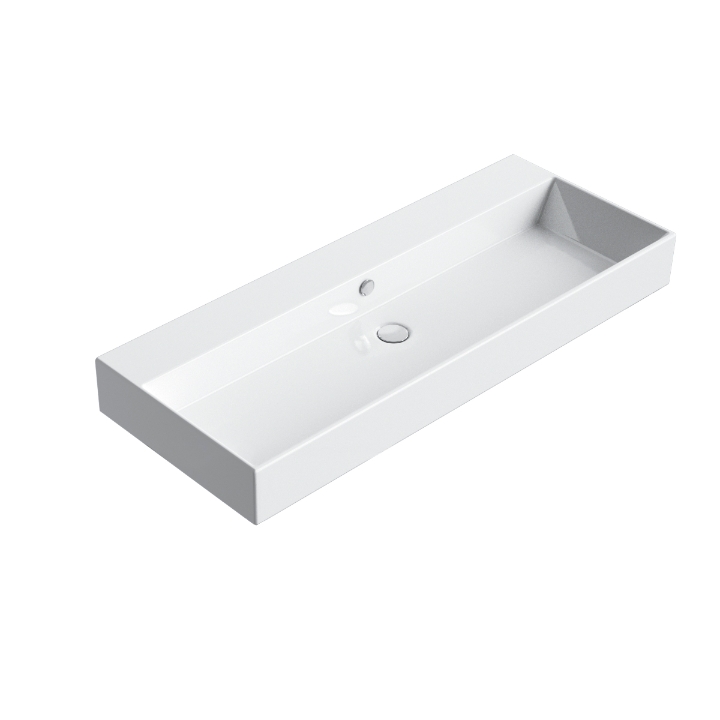