Imprint / Fuksas and Catalan at the Salone Internazionale del Bagno 2012 it has been modified: ‭2012-04-17 di Benedict Flowers

The collaboration between Catalano and Doriana and Massimiliano Fuksas is reconfirmed at the 2012 International Bathroom Exhibition, inaugurated with the IMPRONTA line at Cersaie 2011, as part of the "Catalano per l'Architettura" project, a window that the company wanted open to a rapidly evolving world, to grasp the changes taking place and transfer them to products that have always been close to man.

IMPRONTA, a series characterized by the unmistakable soft sign with which the Fuksas style interprets the innovative and technological soul of Catalan, It is enriched with three new products.
An 80 × 45 cm built-in washbasin, a 120 × 80 cm shower tray and a backlit mirror, which are added to the 125 × 50 cm washbasin, the progenitor of the series, integrated by a towel holder with an original and unique design, and to the chest of drawers in polished steel with chromed aluminum feet.

The gestures and the iconic strength that characterize the works of the Fuksas studio are found in all the products that complete the series. Framed by a regular quadrangular perimeter, the shower tray takes a delicate element from nature, evoking sand surfaces shaped by the waves of the sea, in which the water flows in sinuous hollows that become the original anti-slip motif. Flounces of ceramic overlap to form the washbasin, a basin almost carved into the material, while the mirror transforms the original concept into a skilful play of transparency and light. 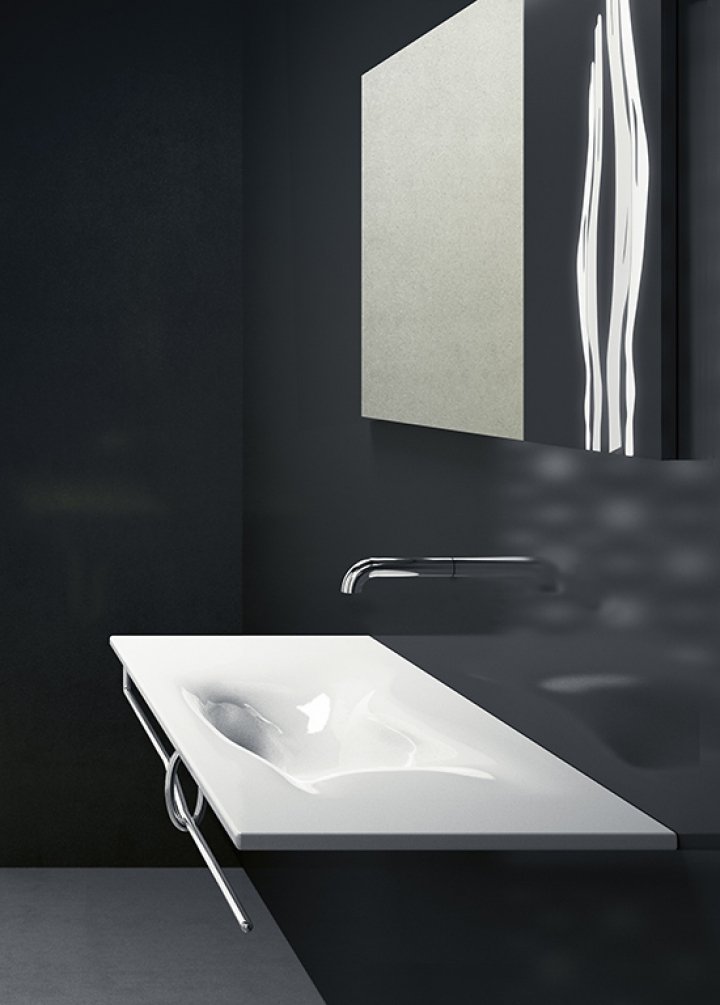 The recurring organic matrix in the architectures by Fuksas, skilfully contrasted with more rational structures and geometries, is confirmed as the leitmotif of the collection. IMPRONTA fits perfectly into the “Catalano per l'Architettura” project due to its ability to evoke, even through nature, particular atmospheres of the interior architecture of the future.