Faber presents its new cabinets smart Carré and Thalia it has been modified: 2014-10-01 di Benedict Flowers

Designed for environments with modern, new models of hoods F Carré and Thalia have a pop style and a technological heart with excellent performance, affordable.

Dynamic, extra small, easy to install and with new colors ranging from cameo pink to dove blue to sage green. Faber, the company that launched the first plexiglass extractor hood model on the market in 1958, presents Carré and Thalia, the new models with a pop style and a fully technological heart.

Designed for the most modern, ever more versatile and dynamic environments, Carré and Thalia measure only 60 cm and thanks to their cubic body they can be easily installed in any kitchenette, simply hooking the appliance to the wall. An eclectic design, which contains a super technological soul. Carré is in fact an extra small model, but with high performance in terms of suction, which at maximum speed reaches 640 m3 / h. Thalia, on the other hand, is characterized by Evo Feel Touch touch controls and a perimeter panel, unique in its design being characterized by a refined low-consumption LED light thread, innovative for the particular ring effect it gives, in line with the latest proposals in the lighting sector. 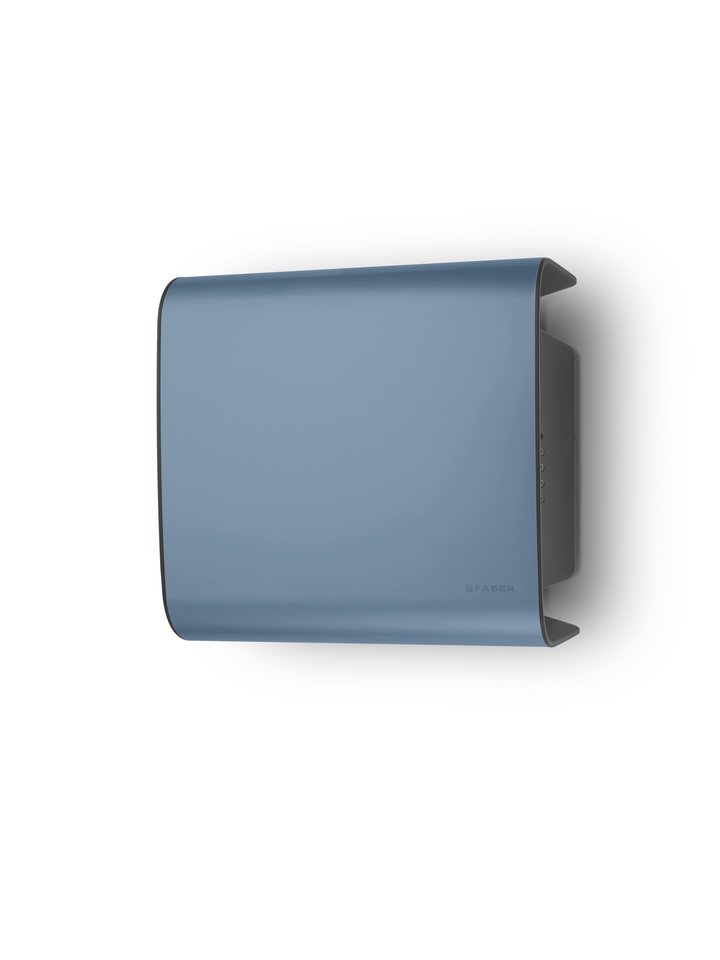 It is cubic and dynamic. It is extra small and powerful. The proposal of smart hoods, easy to install, performing and low in costs, starts from Carré. The line of the square C-shaped front panel gives the hood functionality and extreme lightness, underlined by the bold colors ranging from classic stainless steel to dove blue to pink cameo nuances.

Designed by Studio Made Milan team of creative designers, the model wants to meet the demands of a young market, with evolving needs, who likes innovations easy to use affordable.

“Carré is an extra small hood with a strong personality, comments Emiliano Palma, architect of the studio and spokesperson for the creative team. Its C-shaped design partially hides its volume which is suspended from the wall. The front panel becomes a sort of sail that gives lightness and dynamism to the aesthetics ".

Not just design, Carré is also synonymous with technological performance. Thanks to the Energy motor, the appliance is more performing and quieter, while the Led light spotlights positioned at the bottom irradiate the hob with a warm and well-diffused light, ensuring minimum energy expenditure.

THALIA WITH THE HOB LIGHTS WITH GLAMOUR 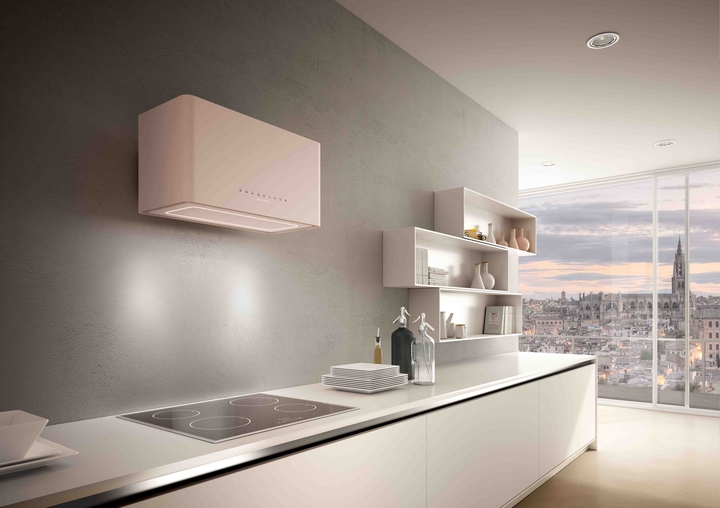 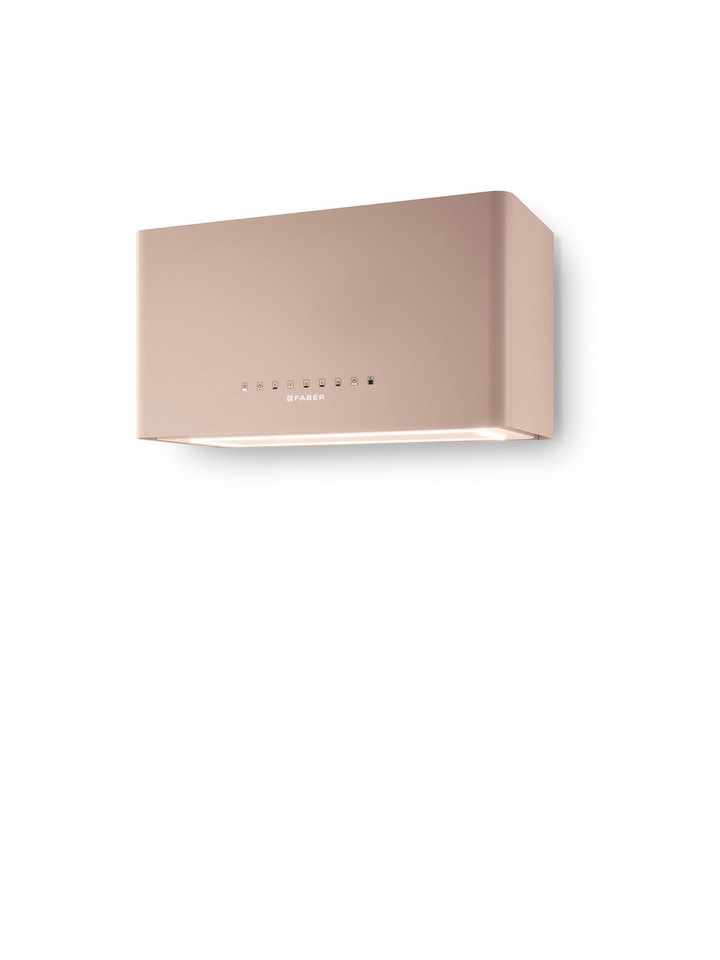 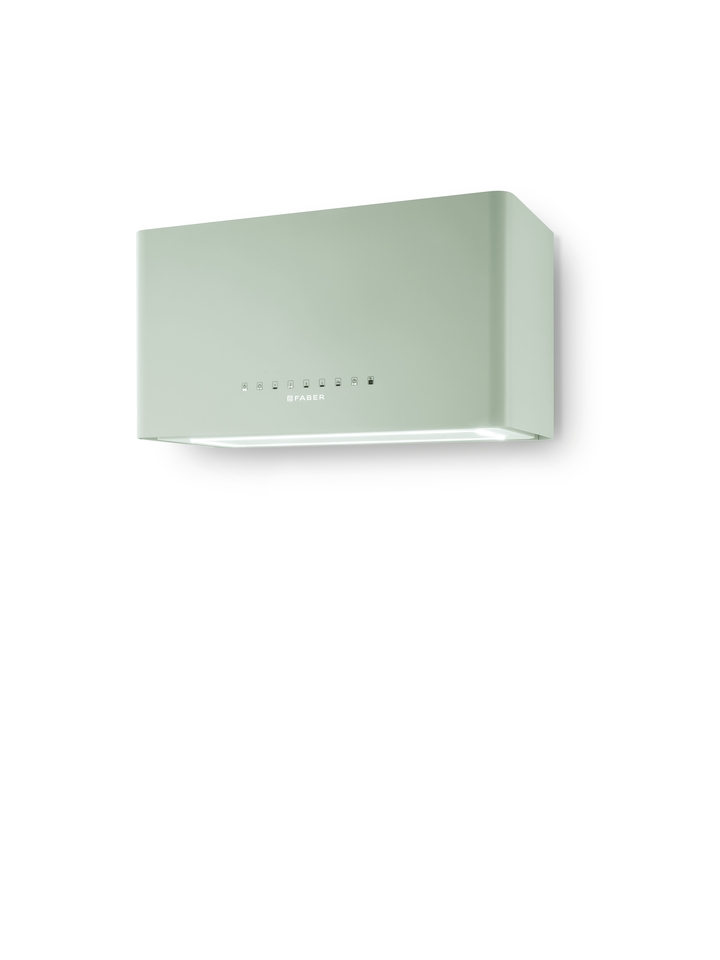 Next to Carré, Faber offers a second hood smart: it is called Thalia and is a new model extra small, minimalist design and elegant. Available in various colors, from white to creamy white corian, through shades of latest trend as sage green and pink cameo, Thalia is designed for kitchens and living spaces more modern.

Model with a dynamic design, due to its lightness and its small size it is extremely easy to install. With a width of only 60 cm, its cubic shape with rounded corners is characterized by the Evo feel touch touch controls and the innovative low-profile perimeter panel, unique in its design being characterized by a refined low-consumption LED light thread, innovative for the particular ring effect it gives, in line with the latest proposals in the lighting design sector.

But there's more: the radiated light is of the same shade as the hood, becoming a real chandelier in all respects. High performance: equipped with perimeter suction that ensures greater performance, the Energy Motor also guarantees greater silence in the face of greater power. Last but not least, the 24 button allows you to keep the hood on 24 hours a day, to carry out a continuous air exchange, while the timed intensive suction activates maximum suction for 24 minutes to ensure excellent suction.