Centurion Palace Hotel: contemporary five-star hotel in the heart of Venice it has been modified: 2013-10-07 di jessica zannori

Eclecticism, contrast between contemporary and modern, refined style and research in detail: these are the characteristics that make the Centurion Palace in Venice, Five-star luxury hotel chain Sina Fine Italian Hotels, a real reference point for lovers of design and luxury in Venice. The hotel, with direct access to the Grand Canal through private dock, is located in the work nineteenth century formerly known as Palazzo Genovese, in Dorsoduro, in the area of ​​one of the cloisters of the monastery of San Gregorio (second half of 1100), between the oldest areas of Venice.

Made in 1892 architect Trigomi Mattei style goticoveneziano, Palazzo Genovese, was built of brick with the addition of Istrian stone, following the architecture of the city and thereby repeating the traditional colors, red and white. In particular, its structure reminiscent of the classic scheme of "houses turrets", typical of the families of merchants: a central body flanked by two side blocks with a majestic "leads to water." The many windows overlooking the Grand Canal create a play of light and shade, while the reverse side is enriched by numerous sculptural reliefs.

The Centurion Palace hides, like lace cleverly worked, the modern personality and eclectic interior design firm, strong colors and unique atmosphere. Inside, in fact, the creativity and talent of the Architect Guido Ciompi have made possible the union of classic and contemporary. Particular settings, the unique design, the sophisticated materials and striking colors dominated the chocolate, orange, red and white are embellished with a fine Venetian style.

Acquired from Sina Fine Italian Hotels to turn it into luxury five stars hotel, the Palace has been the subject of a meticulous restoration by architect Luciano Parenti. "The building - says General Manager, Paul Morra - testifies to a subtle link between the city of the Doges and the capital: during the excavation work a Roman coin was found, now kept by the Superintendence of Archaeological Heritage. The coin depicts the face of Antinous, a character who became famous for the deep friendship that bound him to the Roman emperor Hadrian, a lover of classical art. In honor of this discovery, the property decided to dedicate the restaurant and bar to the young Bitinese ».

Headed by General Manager Paul Morra and belonging to the exclusive "Small Luxury Hotels of the World"The Centurion Palace offers a design to five stars, right in the artistic heart of one of the most romantic and magical world. And 'situated in a strategic location, right in the triangle of the culture of Venice, including the Museum of Punta della Dogana François Pinault Foundation, Palazzo Grassi and Palazzo Venier dei Leoni, the latter home of Peggy Guggenheim Collection. Moreover, the uniqueness of its location is given by the proximity to other important places of Venice: between the magnificent Santa Maria della Salute and the Gallerie dell'Accademia in Venice. 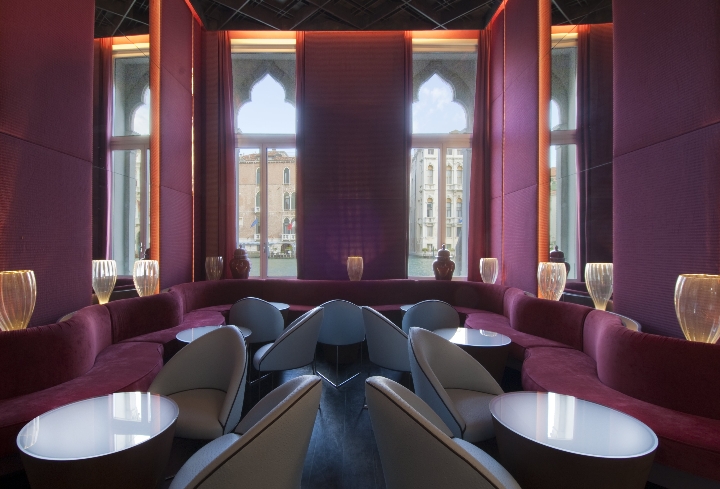 Luxury, great charm and elegance are the main features that distinguish the style of this hotel. Every piece of furniture, in fact, has been studied in detail. There are several unique pieces made with materials and fabrics. The 50 rooms and suites are all different from each other, Thanks to the choice of the furniture created with the use of different fabrics. Embellish the rooms fireplaces and coffered ceilings, wooden stairs, sophisticated materials for floors, bathrooms in which stands out the gold leaf on the walls in resin.

The Presidential Suite is unique to the generous size: enjoy a spectacular view of the Grand Canal, and consists of two bedrooms, each with private bath, a large living room and the typical balconies. The contemporary decor creates the ideal environment for a special stay, with the ability to accommodate small receptions. For meetings, the Centurion Palace offers rooms suitable for small events that can be held outdoors during the summer and, for the club, a top-floor gym.

Contrast between ancient and modern also for Antinoo's Lounge & Restaurant, the exclusive restaurant overlooking the Grand Canal, where you can savor the contemporary taste of Venice. Awarded, for the second consecutive year, with the "four red forks", attributed by the Michelin Guide, Antinoo's offers a menu inspired by the Venetian culinary tradition revisited with flicker and creativity by the Executive Chef, Massimo Livan who states: 'Venice, its history and its culinary tradition are great sources of inspiration. Often childbirth from the study of recipes of the Serenissima and then revisit them, reinterpreting them in a modern ".

Even here, there is no lack of elegance, design and suggestions: a real frame makes the bar as a framework to admire sitting on the original wavy purple sofa, while the color white, in its different shades, surrounds the restaurant where you can contemplate the spectacle of the Grand Canal. 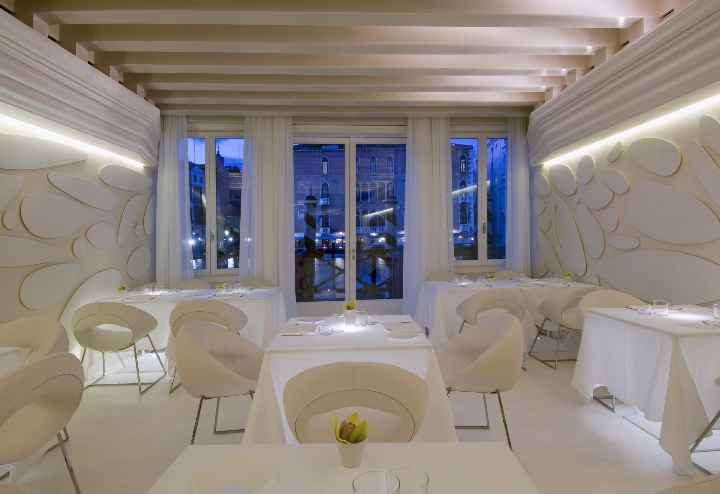 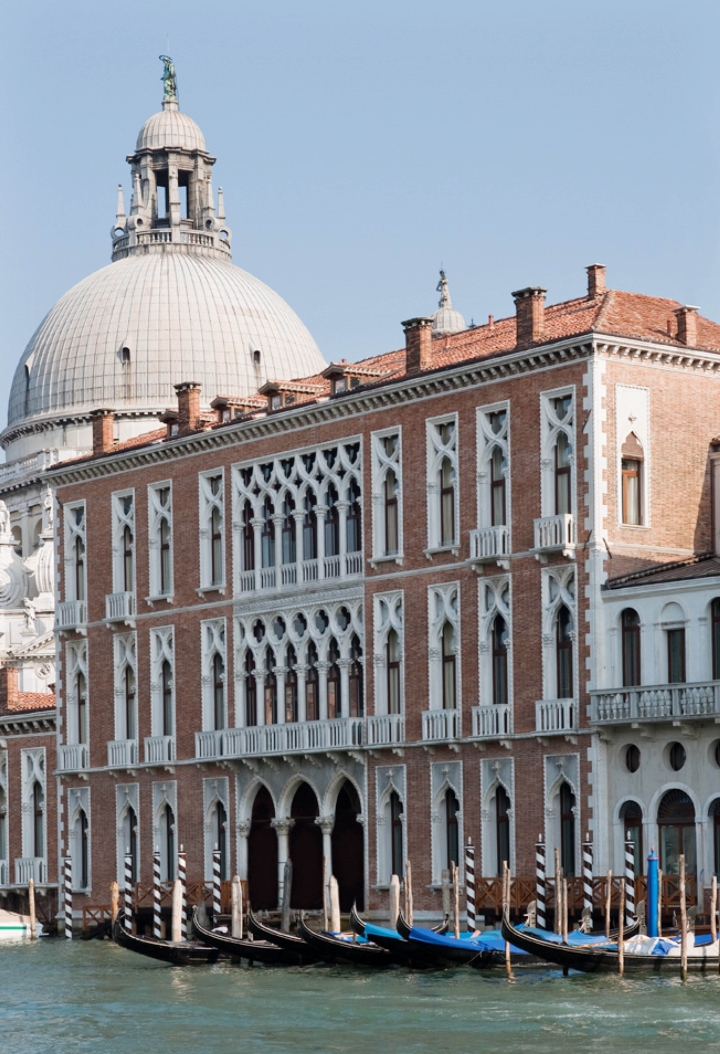