This series of graphic interventions on Beniamino Servino's drawings was born by chance, from a casual conversation on facebook, within a fortuitous virtual friendship.

Having always had a passion for drawing, I have tried to make it my job and so for several years I have been involved in graphic design and communication. Among other things, for some months I have been collaborating as an illustrator for Mondadori's "CasaFacile" magazine and I curate my blog (http://ilbaulevolante.blogspot.com/) where I publish writings, notes, illustrations, drawings through which I reflect on what attracts my attention (art, design, cooking, architecture, etc. ..) for the rest I am a common woman .. curious, passionate, that he still loves to study.

He, Beniamino Servino, is an internationally renowned architect. His works are published in the most important national and international magazines. He is invited to exhibitions in Italy and abroad (including the Venice Biennale, and exhibitions on Italian architecture in New York and Beijing). He was nominated for the Mies Van der Rohe Award in 2002 and 2004. In 2007 he received the International Award Architecture in Stone. among other things he is the author of “ELEMENTARE-SUPERFICIALE. Architectures album 2007-1985 ". His projects are visible here: http://ec2.it/beniaminoservino 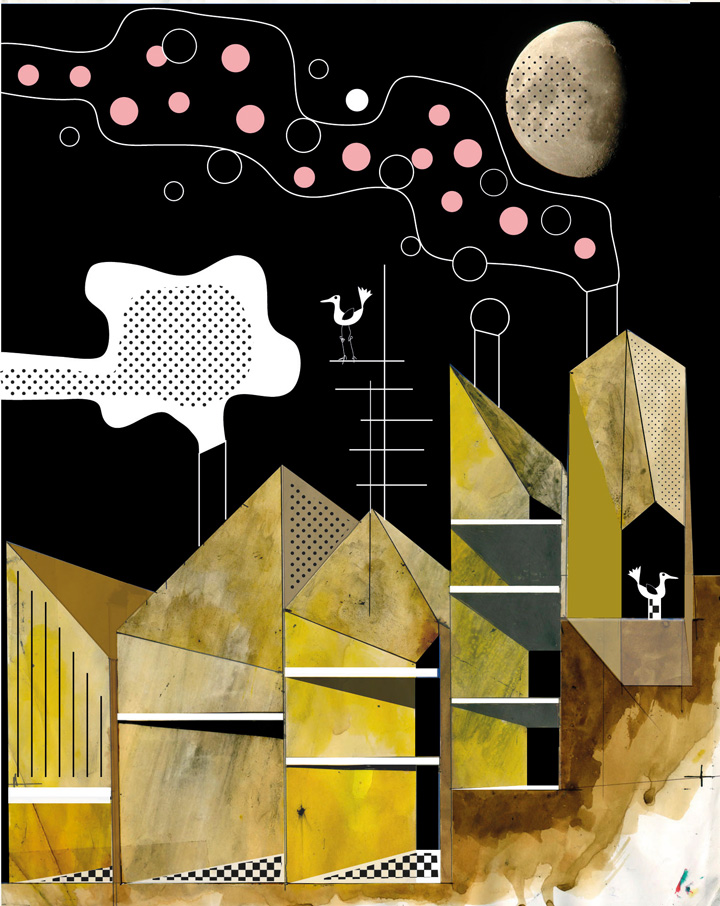 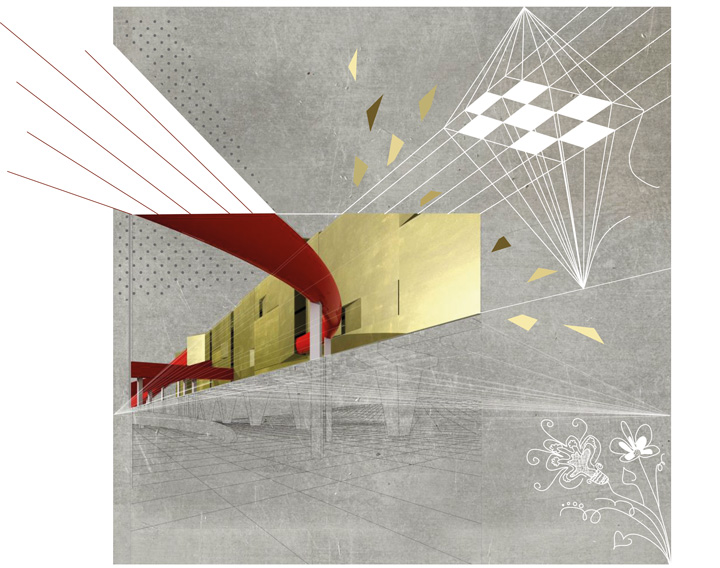 This series, therefore, born by chance, is the encounter between two distant worlds. It wants to be my attempt to enter a space that is not mine. To wear it and adapt it to me as if it were a new dress. The dreamy trait is deliberately contrasted with the serious atmosphere that reflects the architectural project, with the irreverent intention of wanting to tamper with it, to, at the same time, experience the thrill of living that space that attracts me on both sides. to "humanize" atmospheres that appear to me a little cold and distant from people, someone - I read - defines them as "metaphysical". Architecture is for people. All I did, drawing on it, was asserting my right to inhabit architecture.

Other drawings of the series are visible at this link: http://ilbaulevolante.blogspot.com/2012/01/i-miei-disegni-sui-suoi-disegni-omaggio.html

View all articles by cristina Senator