The thimble is an object used for thousands of years, with various forms depending on the type of fabric to be sewn.

Over the centuries, has been produced with quality materials, processed into small ornamental object, as well as being a tool to use has also been a precious jewel to display. With phrases, designs and slogans, enamel and porcelain, becomes a memory, a collector's item.

In early 19 century with the beginning of industrial production, the metal becomes thin, the tip rather flat and distribution of small holes is regular.
Vito Nesta It takes this object geometrically and so rich in history and gives him another identity, becomes a vessel named "inDITO."
A ceramic vase, by the various colors that faithfully reproduces the thimble, with a size larger, it becomes poetic and ironicoi. 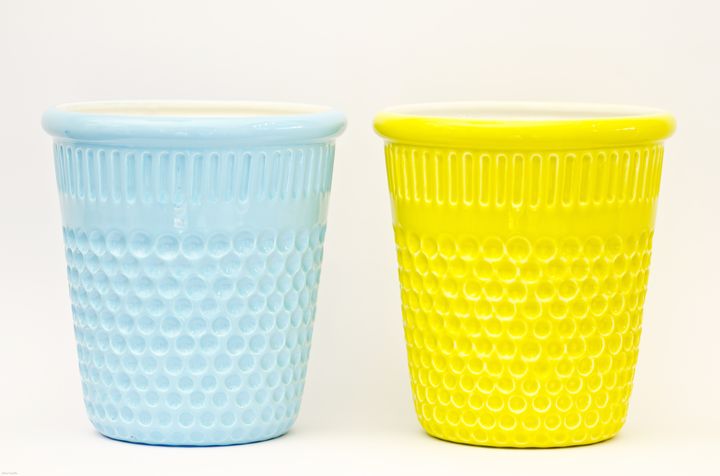 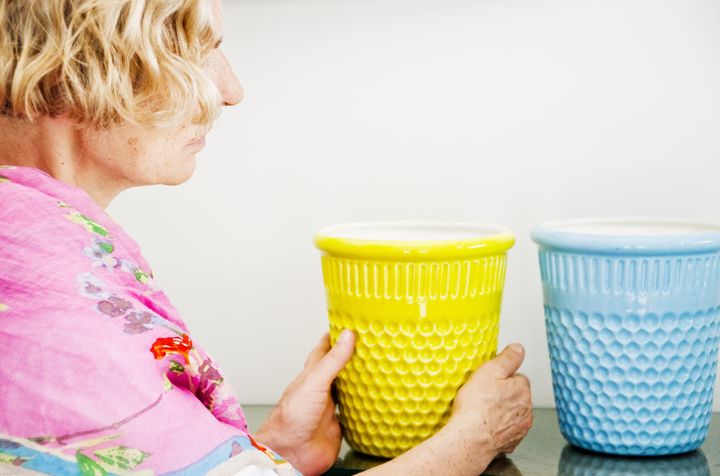 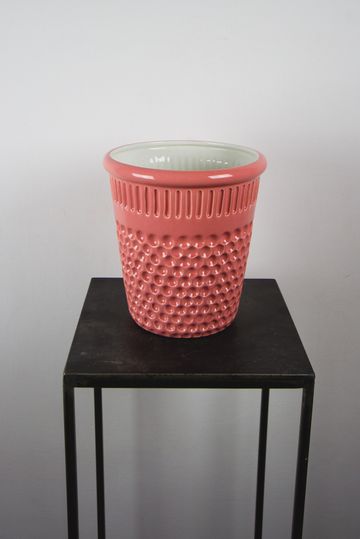 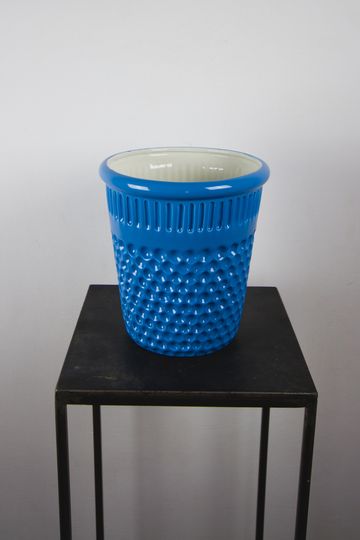 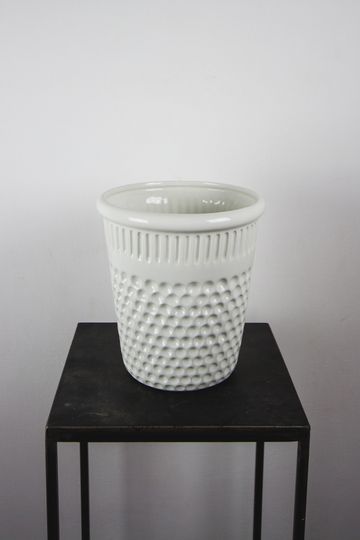 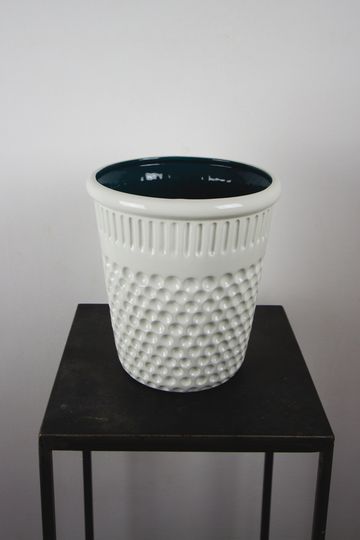 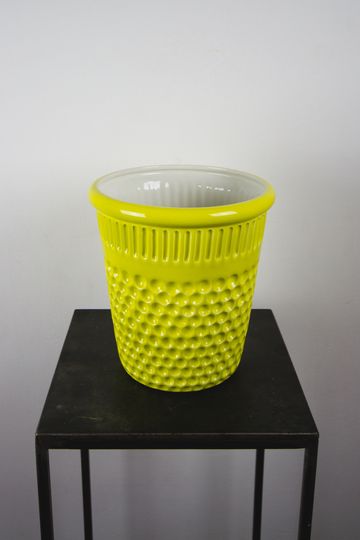 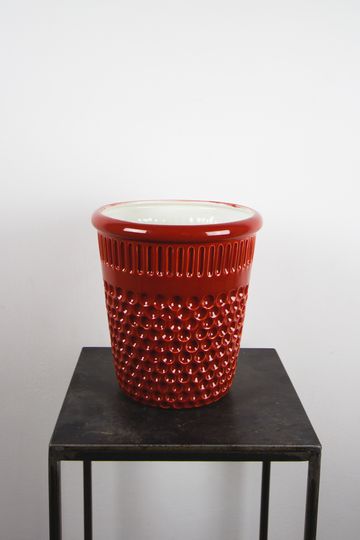 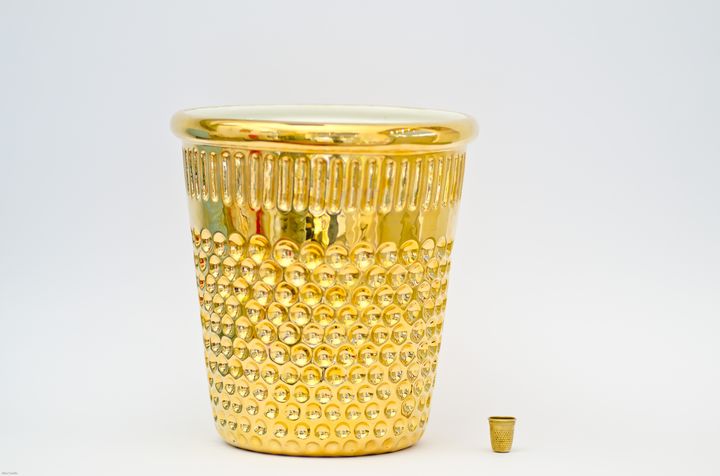 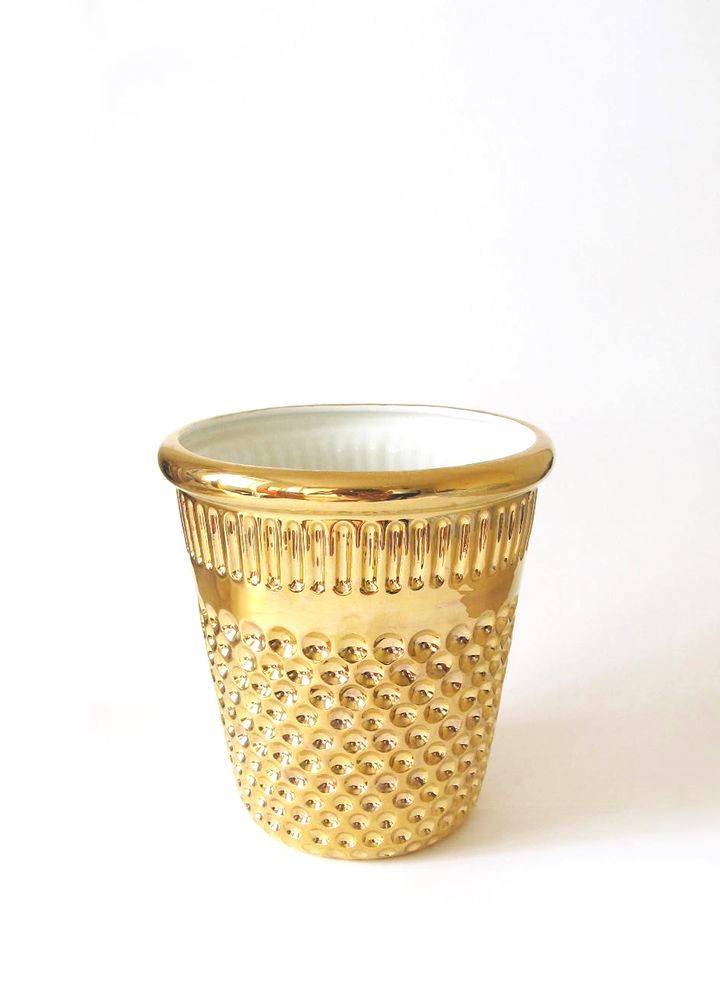 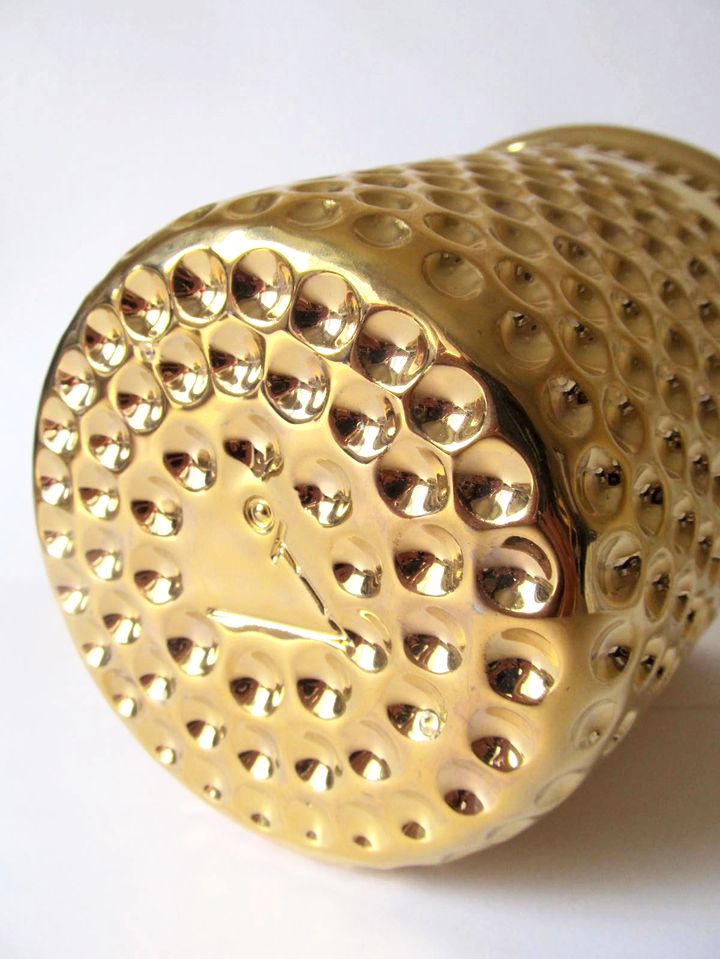 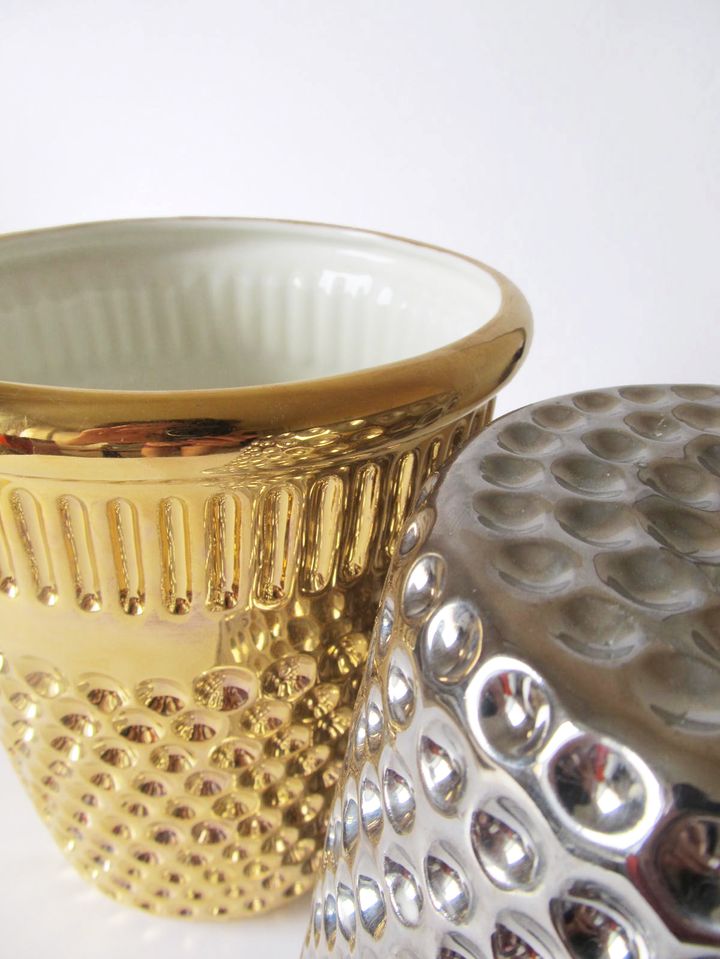 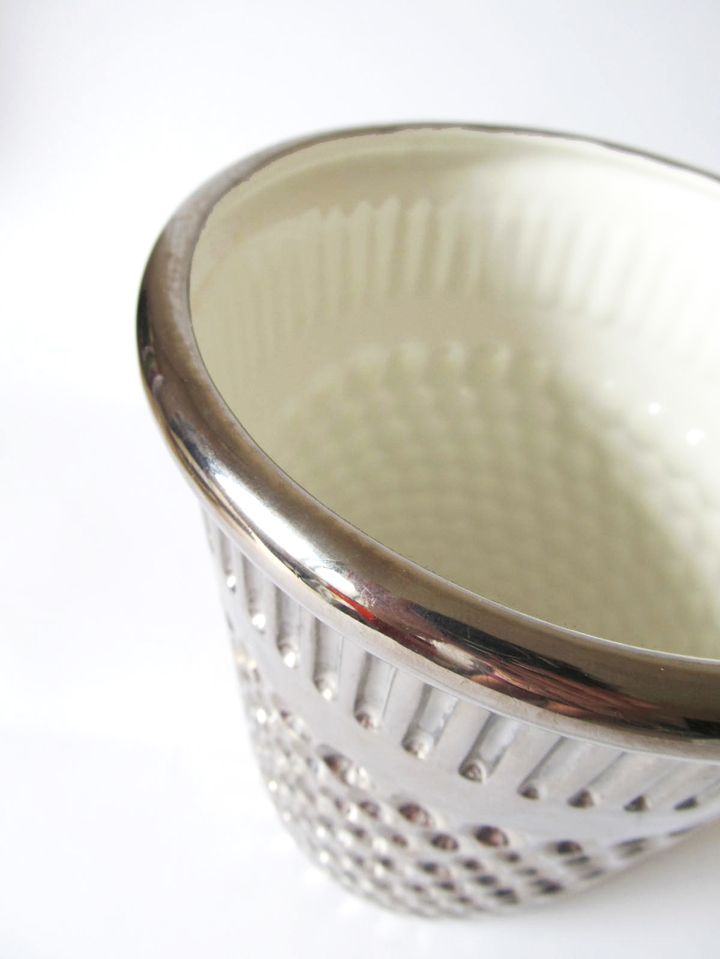 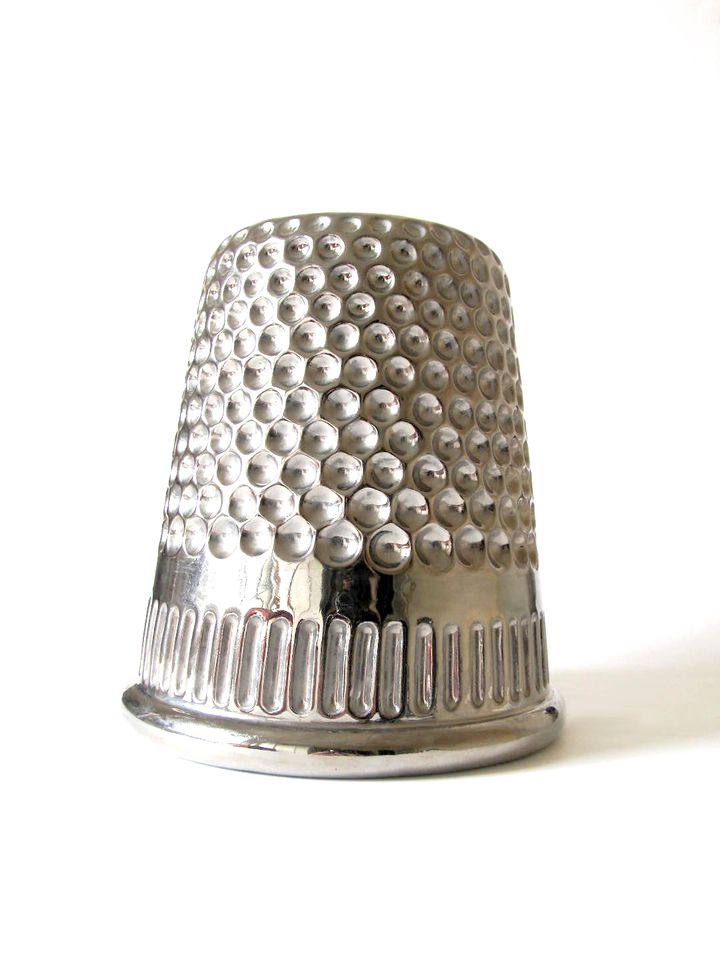 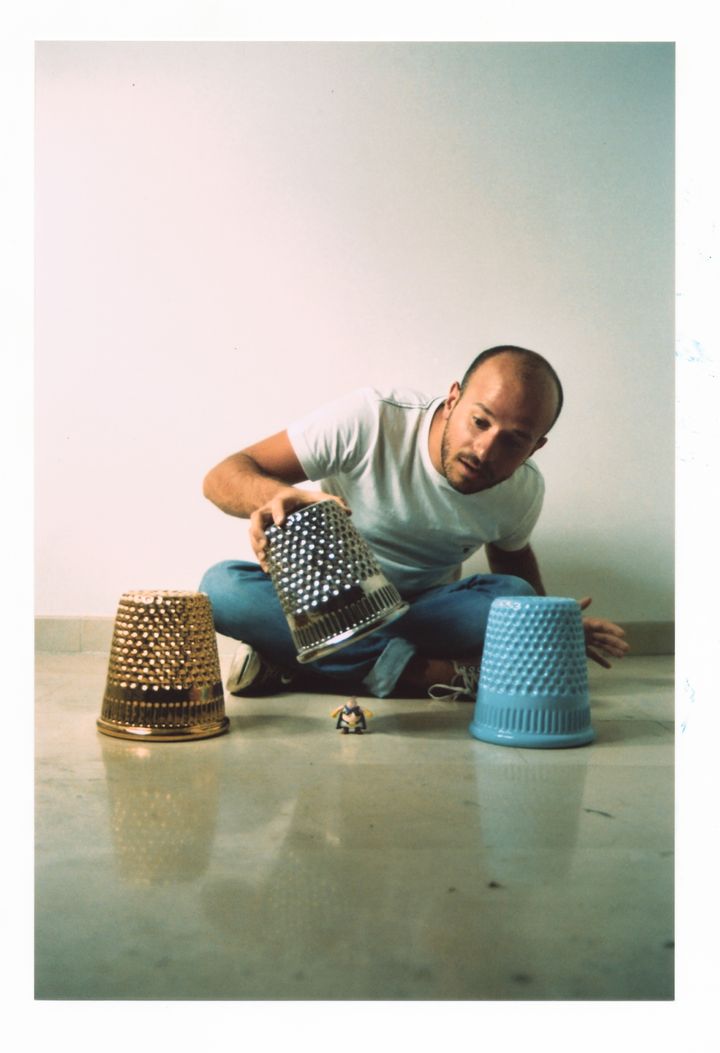