The Abyss Table, by Christopher Duffy for DUFFY LONDON it has been modified: 2014-07-28 di eggired

"AND WHEN YOU LOOK AT AN ABYSS ALONG, THE ABYSS ALSO WILL LOOK FIXED INSIDE YOU"

Duffy London has created its own identity by molding objects of remarkable design from nothing. The floating Up Table, Which floats on a myriad of balloons; the Flying Carpet Coffee Table, which seems to float in the air; the informal Swing Table surrounded by rocking chairs suspended; there Shadow Chair perfectly balanced on two legs.

Now, Duffy lowers her gaze into the depths of the ocean and fantasizes on a spectacular new coffee table, introducing the majesty of the big blue to the interior scenery…

Succeeding back to impress with something great effect on which to place your cup of tea.

Like all Duffy's projects, the Abyss Table is a product that communicates in a symbolic as well as functional way.
Although many of the previous works revolve around the theme of gravity, this new design explores the concept of deep geological and recreates an insight that hypnotizes as the sea.

Designer Christopher Duffy explains: 'I was looking through the thick layers of glass at my craftsman's factory and noticed how the material darkened as new layers were added - the same way the sea does when it gets deeper. I thought about using this effect
to reproduce a portion of the seabed, as if a celestial power had extracted a perfectly rectangular block from the earth's crust to use it as its personal ornament. ' 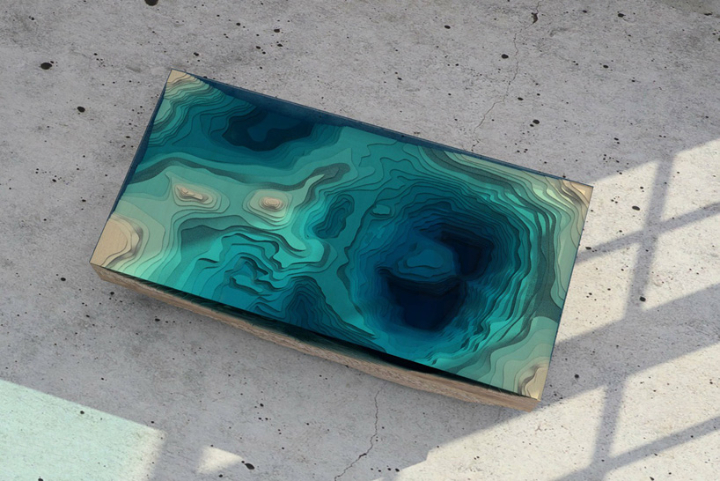 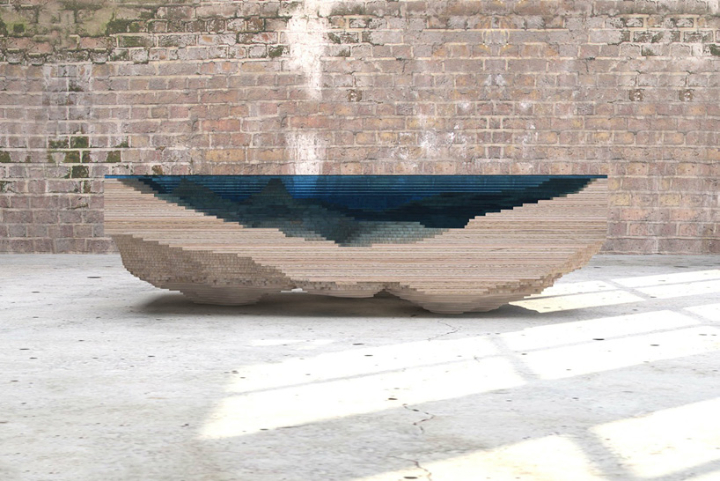 It took the design team a year to develop the design of the table in their London studio, experimenting with sculpted glass, methacrylate and wood and working on a 3D representation of a geological map, to recreate that mesmerizing something that captured the Duffy's imagination in the beginning. 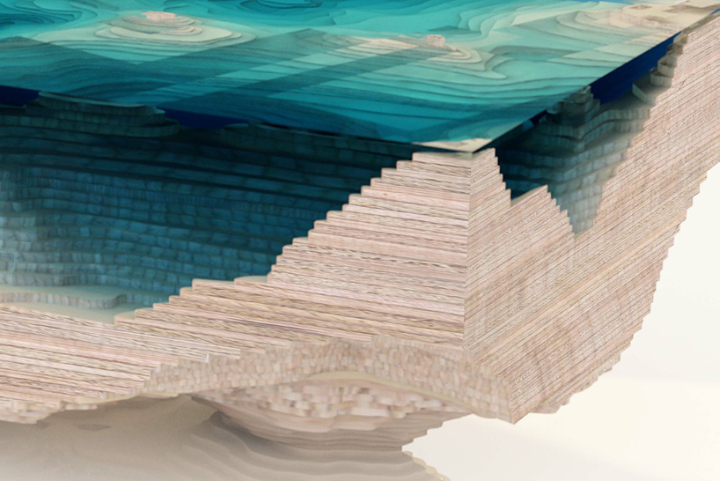 The Abyss Table is made of glass and high quality wood from forests managed by the Forest Stewardship Council and other controlled sources.

The Abyss Table is handmade to order and is a limited edition of 25 pieces.