BRAND: the new Italian brand of objects, customizable by the end user it has been modified: 2013-10-13 di jessica zannori

BRAND will create a collection of everyday objects, the result of the union between designers and manufacturers. Objects, customizable by the end user, will be purchased online and delivered in a mounting kit. The project is sponsored and supported by the Chamber of Commerce of Turin, in collaboration with the Foreign Centre for Internationalization.

Objects can tell a story, they can express a thought and can reveal the creativity and the art of "know how" of those who designs and creates them, qualities that are certainly not lacking in entrepreneurial Turin and they deserve to be known Italy and abroad. Starting from this assumption, the Chamber of Commerce of TurinHas always been active in promoting the system design of Piedmont, through meetings between the creativity of the designers and the know-how of local companies, wanted to support the project BRAND, Designed exclusively by Barbara Brondi and Marco Rainó, architects active in research, experimentation, critical activity and owners of the BRH + studio.

The support of the Chamber of Commerce of Turin has now added the collaboration of Foreign Centre for Internationalization. The goal of the project in its general lines it is very simple: to create a collection of everyday objects, by relating a designer and a manufacturing company from Turin, that is the creative thought of the designer with the consolidated technical and material finalization knowledge of the manufacturer. The objects that will make up the MARCA catalog will be created over time and will be the subject of events and initiatives planned on the national territory and - thanks to the activity of Ceipiemonte - internationally, with the intention of spreading the culture of "know-how" of some excellence of the "Turin district" and open new commercial outlets to Piedmontese design companies.

The first object of the collection - the "Aurora" lamp - was publicly presented in Turin on Sunday 13 October, at 11 am, as part of operae market exhibition of self-produced design now in its fourth edition and hosted in the Great Repair Shops (OGR).

Starring debut BRAND are the creative collective Nucleus (www.nucleo.to) is the company Cain Design (www.cainodesign.com), Called to create a lighting fixture on "SOLID LIGHTNESS" (Solid lightness, but also brightness, in the double meaning of the English word) identified for this first opportunity by the editors. 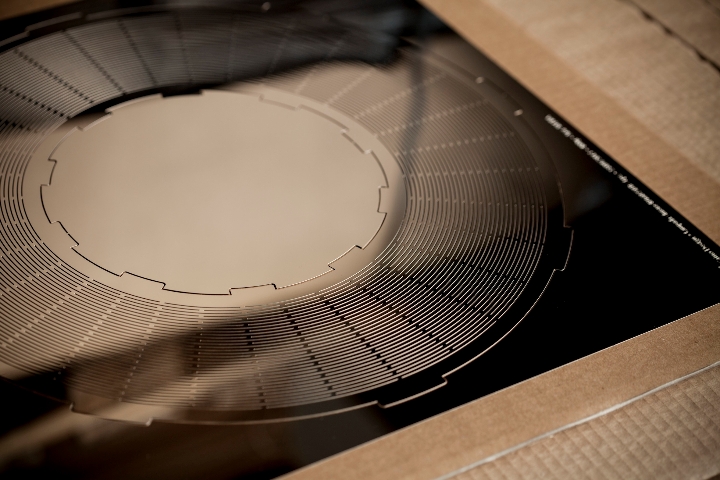 The lamp result of research on novel modes of expression of the photochemical etching applied to sheets of thin metal was named "Aurora", inaugurating the custom that will associate to each object in the collection the name of a district of Turin. Its structure can assume many configurations also thanks to the malleability of the metal material with which is made and can be used as the source in suspension, wall or can be placed on the table or floor.

Thus is born a true "brand" (A brand, in fact, in Italian), characterized by its own visual identity and an original packaging immediately identifiable, in which each object in the collection will present formal characteristics, functional materials and absolutely unique. Each object product will be designed so as to be easily assembled by the end user. The manufacture of all components is managed by the company, but the object in its final configuration is composed by the purchaser, which combines parts of a real "kit" with the aid of graphic instructions useful to guide him in distinct stages of assembly. The work assembly is always characterized by a high possibility of interpreting user, provides a wide range of combinations between the various pieces that make up each object and a certain "uniqueness" of the finished product. 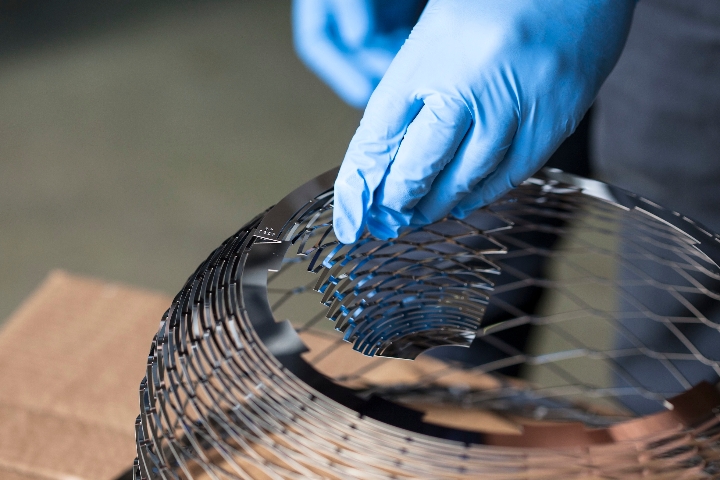