The cultural association Spaces Undecided and the European project ATRIUM, Launch TOTALLY LOST, a European research for photographers and video makers professionals and amateurs with the aim of discovering, taking stock and photographing the architectural heritage of European totalitarianisms and in particular the architectures that are now in a state of neglect: production sites, institutional buildings, homes, places of propaganda, places of power, etc.

The research focuses on the countries involved in the project "Atrium": Albania, Bosnia-Herzegovina, Bulgaria, Croatia, Greece, Italy, Romania, Serbia, Slovakia, Slovenia and Hungary. You can send photos and video by 31 2013 in March totallylost@spaziindecisi.it. With the collected material will be made the exhibition TOTALLY LOST, staged in Forli in an abandoned space linked to the Italian Rationalism and later in other European cities participating in the project Atrium. 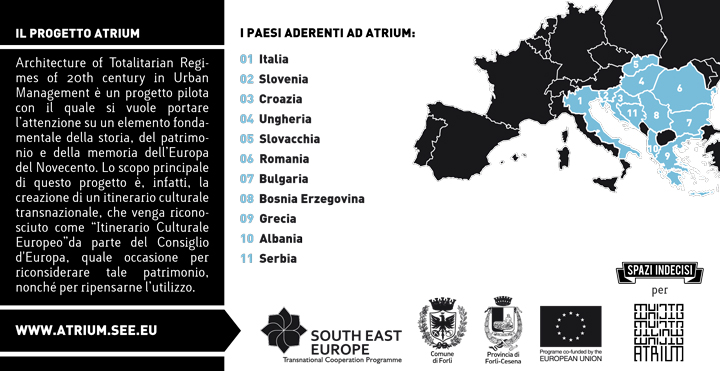