Glamorous black facade Corian® for Afrykarium the zoo in Wroclaw, Poland it has been modified: +2015 di Benedict Flowers

In Poland, by the end of 2014, Zoo Wroclaw proposes Afrykarium, an oceanarium, the first of its kind in Europe, where you can see examples of flora and fauna of the African continent.

The facade of the building housing the Afrykarium is new as its content: it is made with 6000 Corian® techno-surface square meters, world-renowned brand, a leader among the materials with high functional and aesthetic performance for architecture and design. 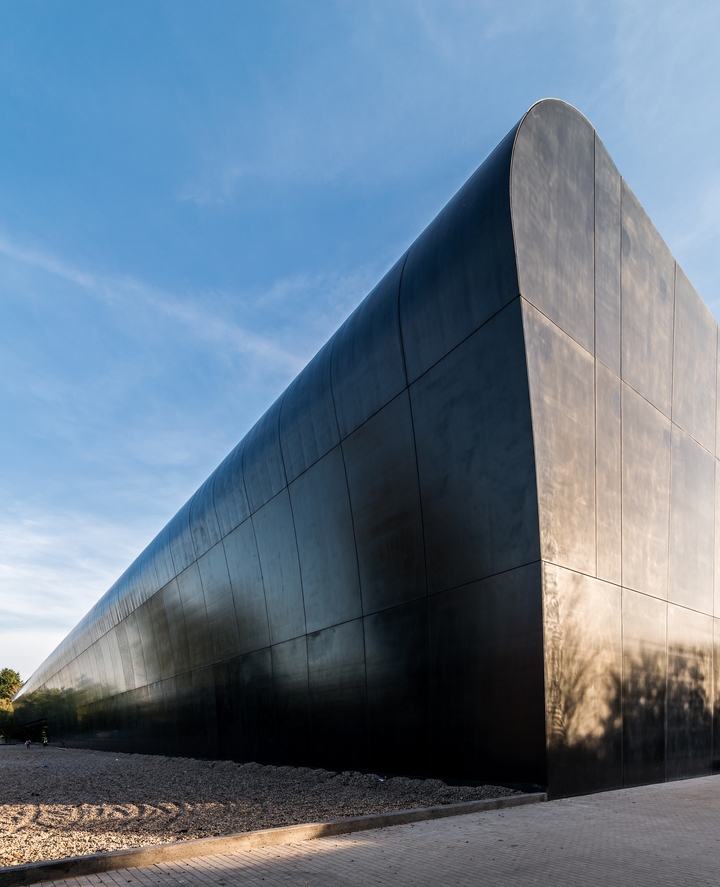 The Afrykarium is able to attract in a year up to three million visitors from all over Europe. Visitors dell'Afrykarium can get excited in front of plants and animals that live in Africa, in the environment of the Nile, the lakes of the Great Rift Valley, the Red Sea, in the Mozambique Channel, the coast of Namibia and the Congo jungle. Within 19 aquariums and tanks filled with about 15 million liters of water, in fact, live a hundred species of African animals.

Radoslaw Ratajszczak, President of Wroclaw Zoo, commented, "The Afrykarium shows that it is possible to dream. I am an animal lover and am passionate about my profession. Over seven years I was able to make investments for about 300 million Polish zlotys (73 million euro) including Afrykarium, the first oceanarium in Poland, a unique facility in the world dedicated exclusively to African flora and fauna. " 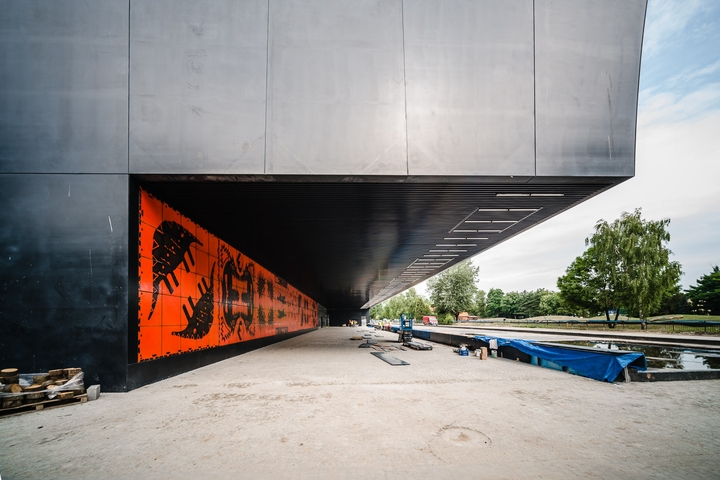 The new building built specifically to host the Afrykarium is long 160 54 meters meters wide and has a height of 15 meters. The facade has five different habitats and life-giving waters of Africa. Its shape resembles "a big black wave over the entrance," as describes the architect Dorota Szlachcic of ArC2 Fabryka Projektowa, the architectural firm author of the project. The black facade was made with DuPont ™ Corian® techno-surface panels in black shade called Nocturne. 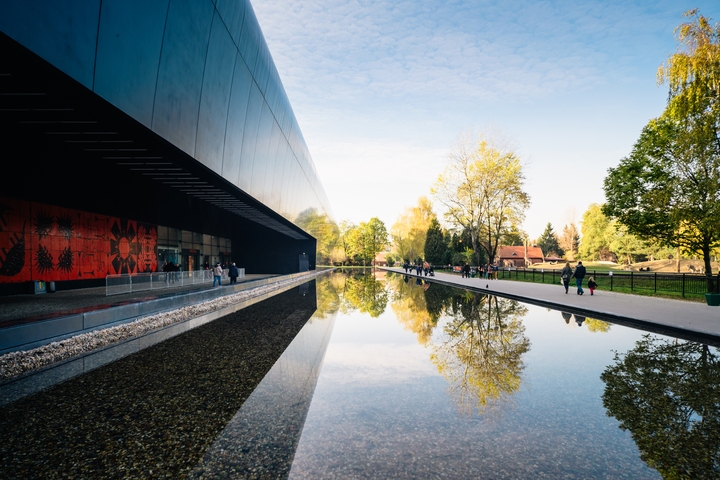 The architect Dorota Szlachcic of ArC2 Fabryka Projektowa explains: "Originally the project involved the construction of a main building black coating dell'Afrykarium mortar gunite B37, the rule of 8 cm thick, using slabs of 15 square meters of basalt, ground and polished. After performing a series of prototypes and developed the production technology, it was discovered that only the grinding process would last more than a year and a half, not acceptable length for the zoo, in close proximity to animals.

In addition, the physical building with this arrangement would present a series of technical problems caused by the lack of air spaces between the concrete and the wall. "" So we started looking for an alternative solution and the priorities were: black panels , large, able to meet the specific needs of physical construction, their behavior in contact with drinking water, their speed of realization and the long life. Meanwhile, the techno-surface DuPont ™ Corian® has been certified by ITB as a material with fire resistance B-s1, d0 and this has allowed us to start the test application to the facade and part of the roof. " He continues the architect Dorota Szlachcic.

"Corian® has met all of these requirements: beautiful, perfectly black, glossy surface, characterized by the ability to make organic cuts necessary for expansion joints, and able to provide security and speed of assembly. The rainwater comes out and ends in the tanks with the animals without releasing harmful substances, the fundamental condition important for biologists. In addition, the air gaps allow the water to evaporate from the inside of a building with humidity of all'80 percent! " He concludes the architect Dorota Szlachcic. 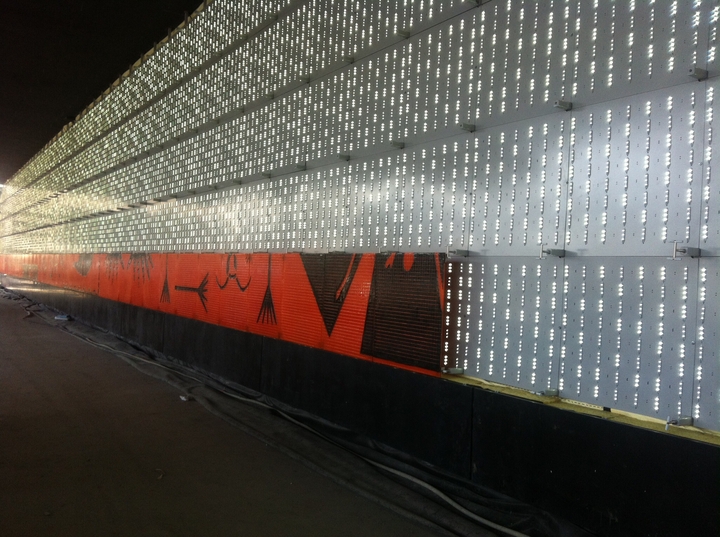 An important element relates to the installation of the facade concerned the expansion calculation of Corian® of 3 millimeters per meter. The structure on which are installed the panels in DuPont ™ Corian® was to allow some movement. of two centimeters expansion joints have been provided between the large 5 3,6 meters by meters panels.

The ICC Polish company, with great experience in working with Corian®, debuted with this important project in the construction of a facade made of this material. The biggest challenge was the creation of flawless huge trapezoidal panels in DuPont ™ Corian®, different from each other. 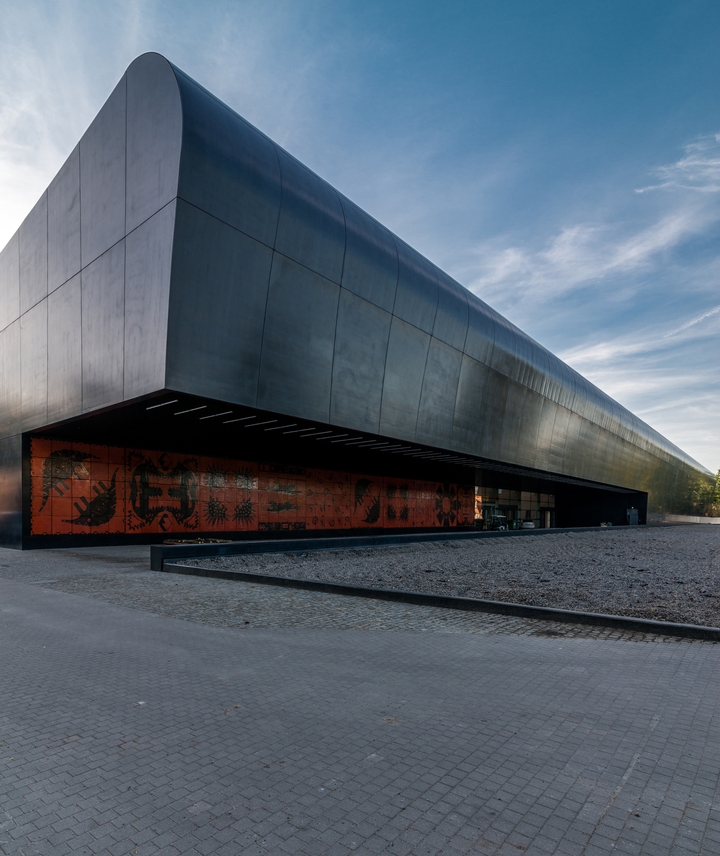 Very complex has also been manufacturing the cover of the north wall of the building: 2000 square meters of panels in DuPont ™ Corian® partially curved roof height, as smussarne the angle in a semi-arch. These panels have required the execution of complex molding and thermoforming solutions.

The substructure is made of galvanized steel components on which the panels in DuPont ™ Corian® are mounted. This solution made it possible to lighten the load originated from the panels (some of them weighing up to 500 kilograms) and wind. The substructure also reduces thermal movements, which can arrive at a differential 20 millimeters. The same system has been adopted in part of the building covered with curved panels. It should be remembered that these shaped panels work differently from those dishes. 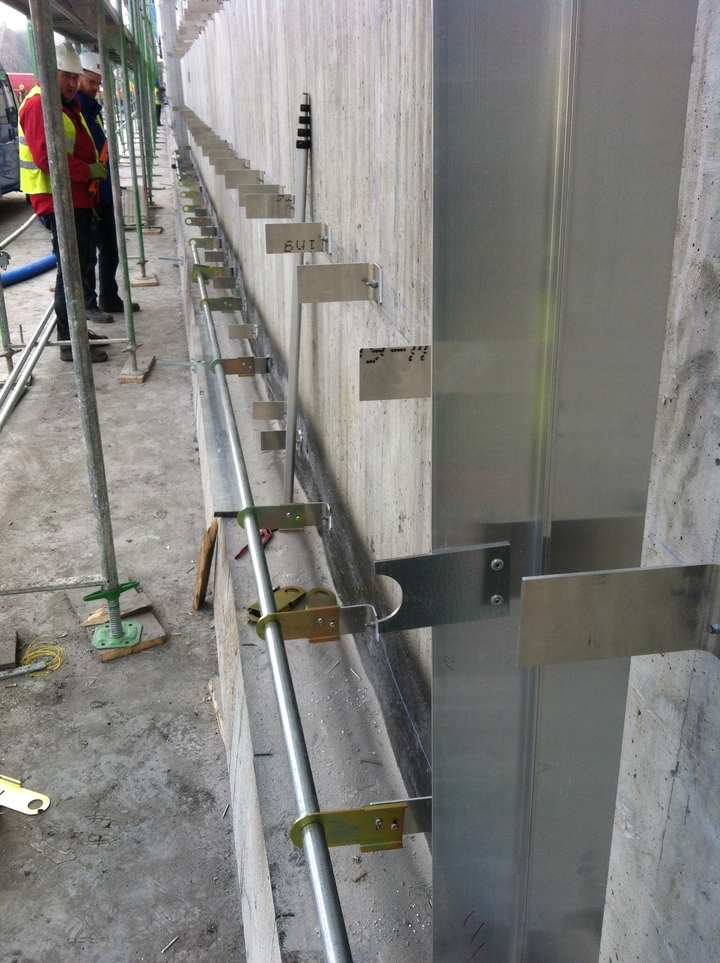 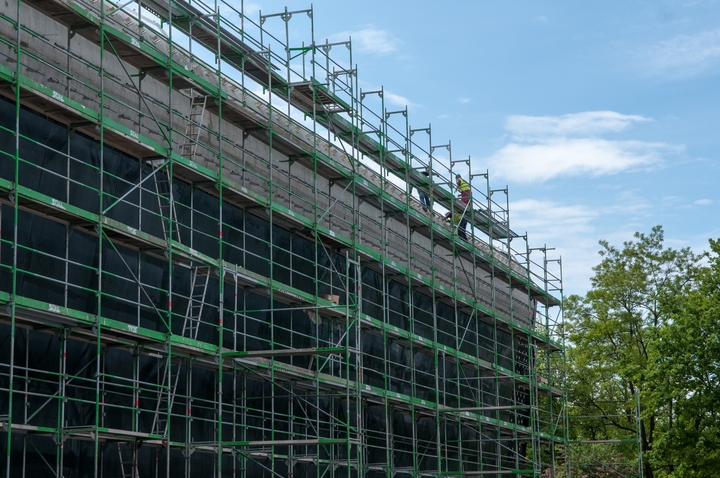 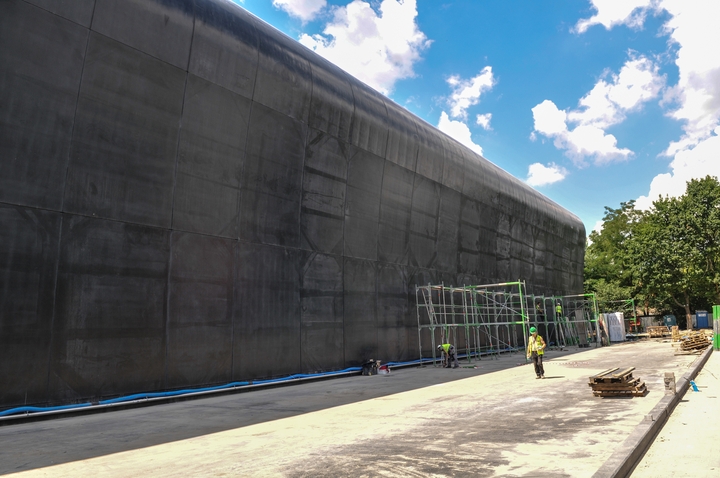 Jarek Gruszecki of Blicksystem.com, contractor of the project, says, "The whole project was a major challenge in every respect. Starting from the displacement of large artifacts, transported thanks to a special support grid, until their final installation. Optimizing the coordination of the work we were able to install daily 200 square meters of coating. Given the large surface of the panels, the installation was performed only under favorable weather conditions. "

The techno-surface DuPont ™ Corian® has been worked in various ways: the panels were molded and glued, sanded and some of them were subjected to a further bending and thermoforming treatment. All these processes have been performed in accordance with DuPont's technical recommendations. Even some of the ceilings dell'Afrykarium bathrooms were made of Corian®.

To learn more about DuPont ™ Corian®, to stay in contact with Corian®: www.corian.it