Home » News » design News » A BED WITH DESIGN: hostel / 40 shows for young designers at the Fuorisalone

A BED WITH DESIGN: hostel / 40 shows for young designers at the Fuorisalone it has been modified: 2017-03-29 di Benedict Flowers

In Milan Bovisa the temporary Design Hostel, a space that blends hospitality and exposure. A temporary hostel for creativity with 40 pop-up rooms to exhibit and bring designers and their creations to life together.

It is what is proposed at the Milan Design Week 2017 from Sleeping with the DESIGN - Design Hostel, a place where the daily life of the designers is mixed exposures to show the public how sharing can give complete form to creativity.

The hostel will come to life dall'1 to 10 April Bovisa in a converted factory which now houses MakersHub (via Cosenz 44 / 4) and will be led, every day from the 10.30 00.30 with free admission, from 40 designers International between performances, installations, meetings and evening events. The initiative is organized by MakersHub and IDEAS Bit Factory with POLI.design collaboration of the School of Design and the Department of Design at Milan Polytechnic. The opening night for the public is scheduled for Sunday, April 2 starting at 21 hours.

The project "Sleeping with the DESIGN" sees change in the heart of Milan's innovation district 1200 square meters of vertical an old factory, which recently became the largest makerspace Italy (+ MakersHub IDEAS Bit Factory), in a new model of hospitality 40 temporary rooms where designers, selected through an international call, live with their works.

Throughout the Design Week, the space will unfold as an unprecedented hostel hybrid, a cross between the concept of temporary home and that of a living plant. "It will be a place where the everyday life of the designers will mix exposure, as if they were on display not only the creation but also split the creators of life - explains Davide Crippa, curator of Sleeping with the DESIGN - A hybrid dimension that is also taken up by the coexistence of analog and digital machinery used for the installations. Each designer guest of the structure will be able to customize his accommodation in time with his productions, which will become an integral part of the collective exhibition. " The setting up of the hostel will be the work of the students and some teachers of the Politecnico di Milano who will use the makerspace equipment.

Decorations made of antique printing presses with movable type and cliches will be furnishing protagonists in the hostel's common areas to evoke the charm of the analog age. Simultaneously, the installations on display will be characterized by technological innovation and interactive approach.

Among the works accessible stand out: Ephemeral, a video-mapping that uses fabrics and transparencies for dialogue with human gestures, edited by Cyberfreak Creative Studio; @ M is 2.0, installing from futuristic aftertaste that exploits the crackle of the popcorn to create unpredictable sound compositions; Sound Square, playful work that, doing play dice the audience, read any number combinations to mix outputs in real time the sounds of multiple instruments and thus give rise to more and different music.

Also on show Basket of Paolo Deganello, an object inspired by the famous work by Caravaggio that fuses to the new logic of 3D press and pictorial interventions manuals and the fans Be Fan collection, made in digital fabrication by Ideas Bit Factory for "putting on airs" . To recall and pay homage to a topical issue as the virtuous circular economy, will also be present in recycled stones objects, actually engaged in regenerating production waste to give them new life and new features.

Among the nightly activities at Design Hostel program includes a series of special events open to the public, as a DJ set in pajamas, battles with pillows and midnight spaghetti.

"The initiative does not just want to propose a new model of hospitality and experience sharing with the public - He concludes Crippa - but it also has a broader, long-term goal: raise with this first step the Bovisa area as a new pole of innovative activities during Design Week. A district that is already fertile ground for innovation, experimentation and visual arts, as evidenced by the presence of the design of the Polytechnic and PoliHub schools, among the most important incubators for start-up in the country. " 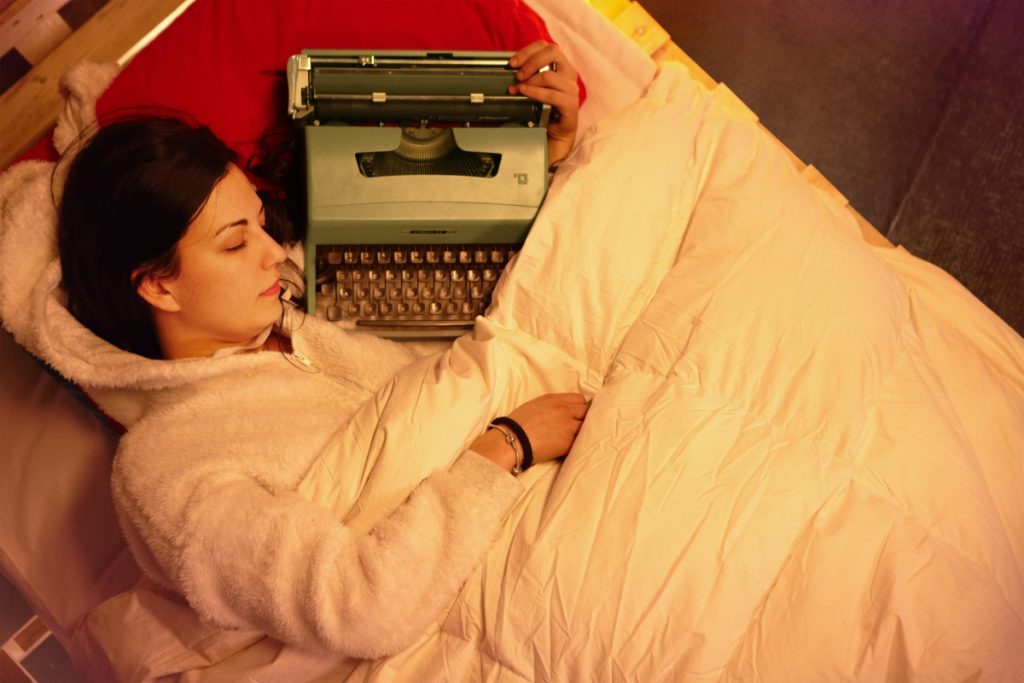 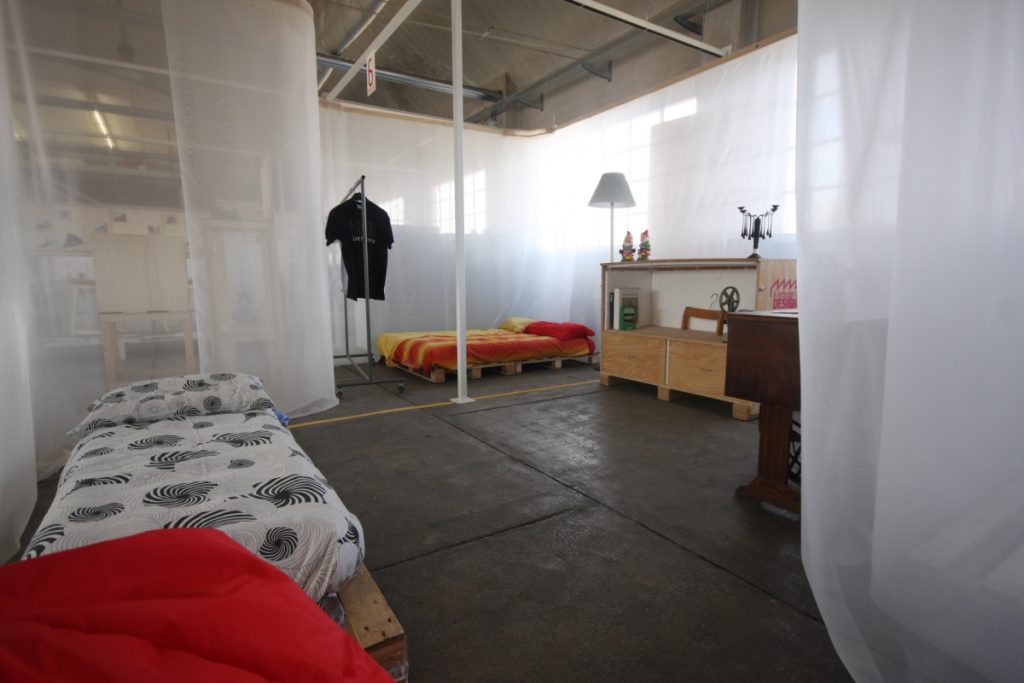 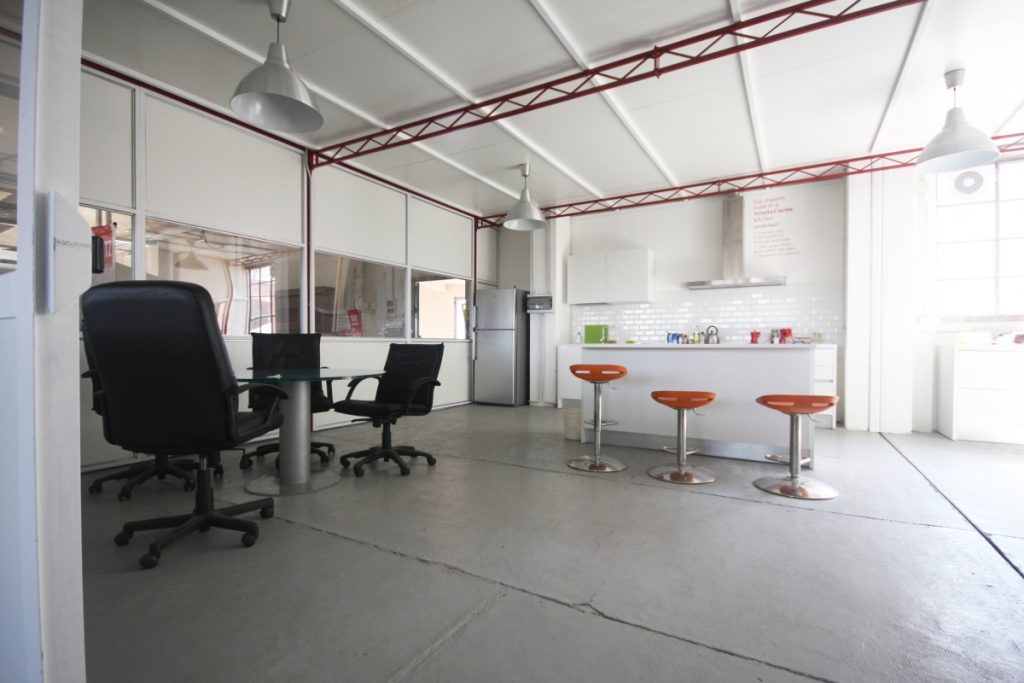 All information on the initiatives and events of Sleeping with the design on the site www.designhostel.it .