ecooler, the draft Mey and Boaz Kahn, is a kind of system of tiles connected by fittings creating a cooling grid that works by evaporating the water. The aesthetics of the project is that of one of the two landmarks of the Middle Eastern tradition used in this project: the Mashrabiya, an element

architecture that serves as a mediator between the inside and the outside. In ECOoler, the Mashrabiya is modeled and transformed into a system of pipes that takes its cue from another important element of the Middle Eastern tradition: la Jara.
The Jara is a jug that contains the cooling water, it works by evaporation of the water that filters through the clay. 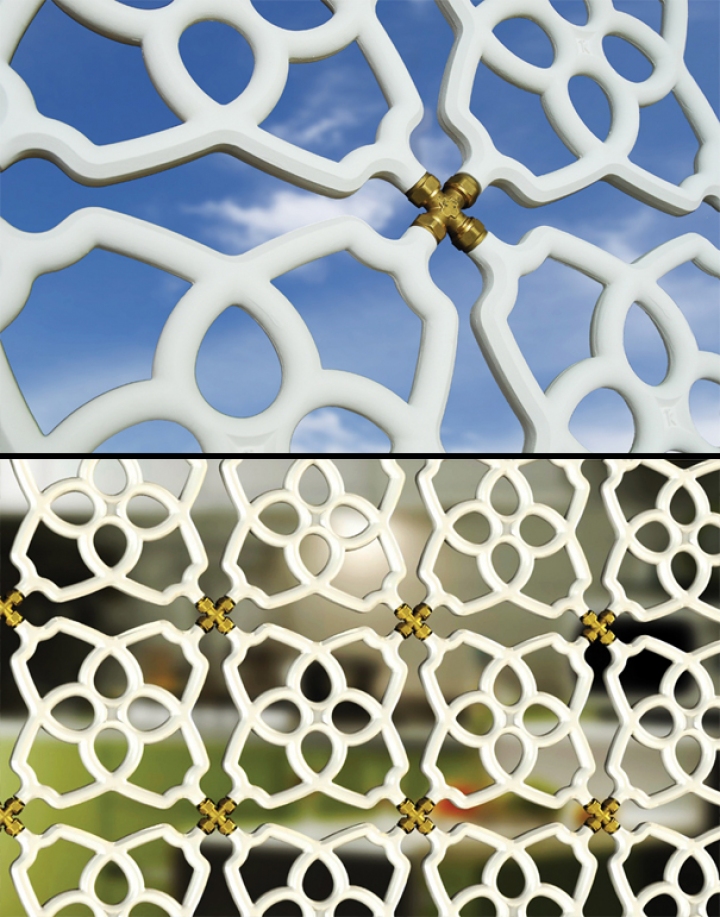 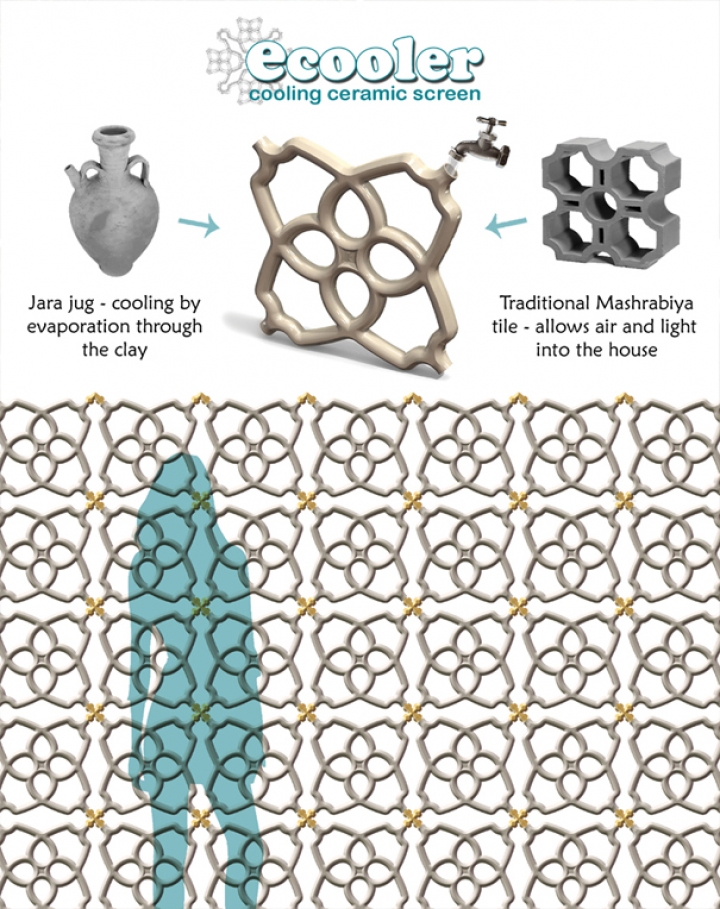 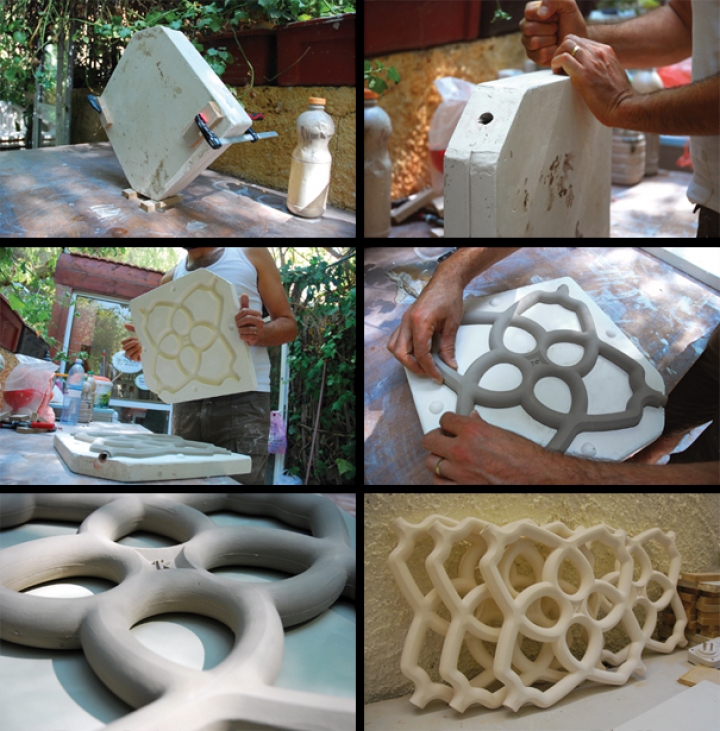