The 'renderissement': industrial hyperrealism transition between design and art. it has been modified: 2017-03-27 di matcalabro

What I have called Renderissement is the art of creating pictorial images with the exclusive help of 3D modeling / rendering software.

These software commonly used in architecture and design for the restitution photo-realistic objects in our case is used for the production of photo-unrealistic visions.
Use inverted, playful and charming.

The artist is forced to understand and draw the object in its three dimensions, so in a certain sense he sculpts it, studies and positions the lights, the background and the environment that surrounds it.
This is the most complex, technical and calculated part of the creative act and it is not the one where the software helps you the most.

What the software is, in fact, irreplaceable is in its ease of making you commit the unexpected mistake.
A new proverb says that by making a mistake one invents himself (Gianni Rodari, Grammar of fantasy) and it is precisely from error, in all its exceptions, that this art is nourished; the perfect object in the wrong place, inconsistent light reflections, the juxtaposition of two incompatible objects, misleading materials, in short, an inexhaustible range of errors to be made or discovered.

The art then lies in trying to lead the software to the desired and known equivocal effect, in a certain sense familiar, distinctive, or in experimenting with new optical typos and pursuing them.
A sort of industrial, surreal and digital hyperrealism was born, a transition between design and art.

"The diplomatic path of today" 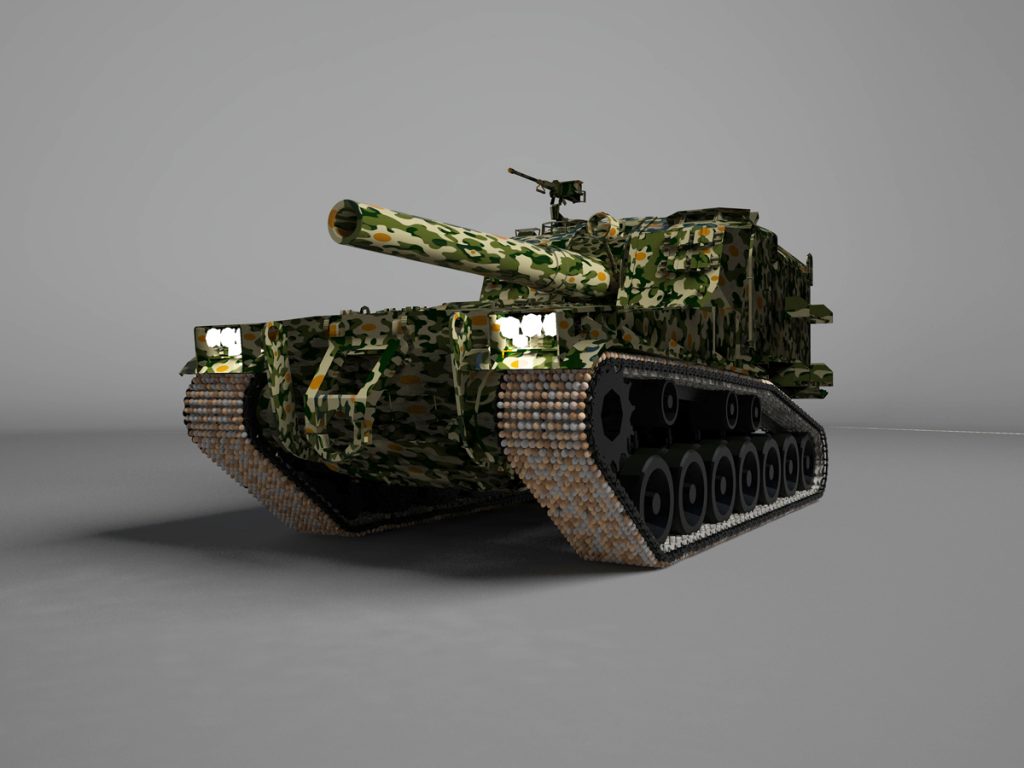 (specific text by Andrea Milluzzi, reporter from Iran and Iraq, text editor of the Cortona On The Move International Festival)

Today's diplomacy represented as a ridiculous and ill-equipped tank to move, as if forced to walk on eggshells. 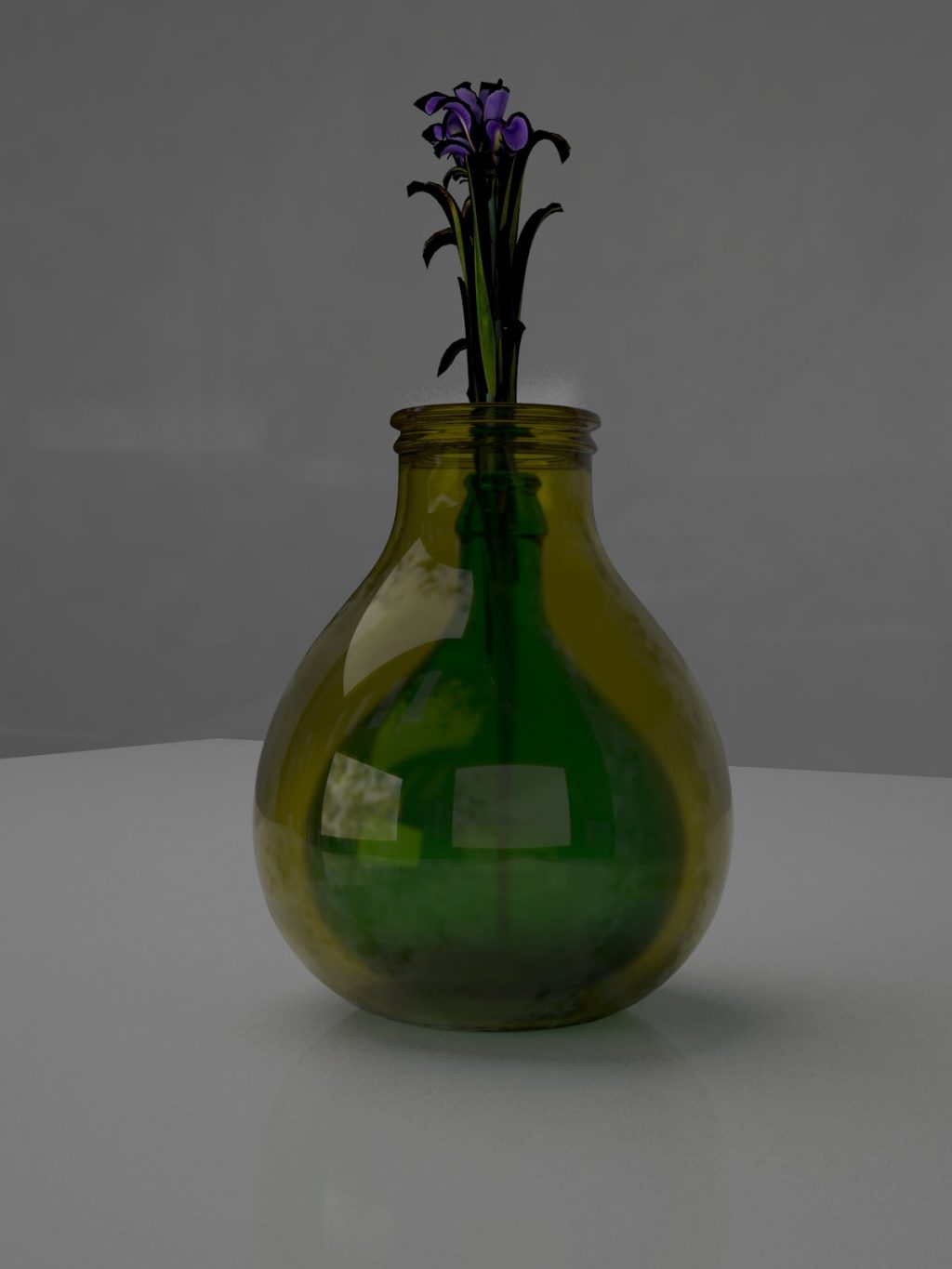 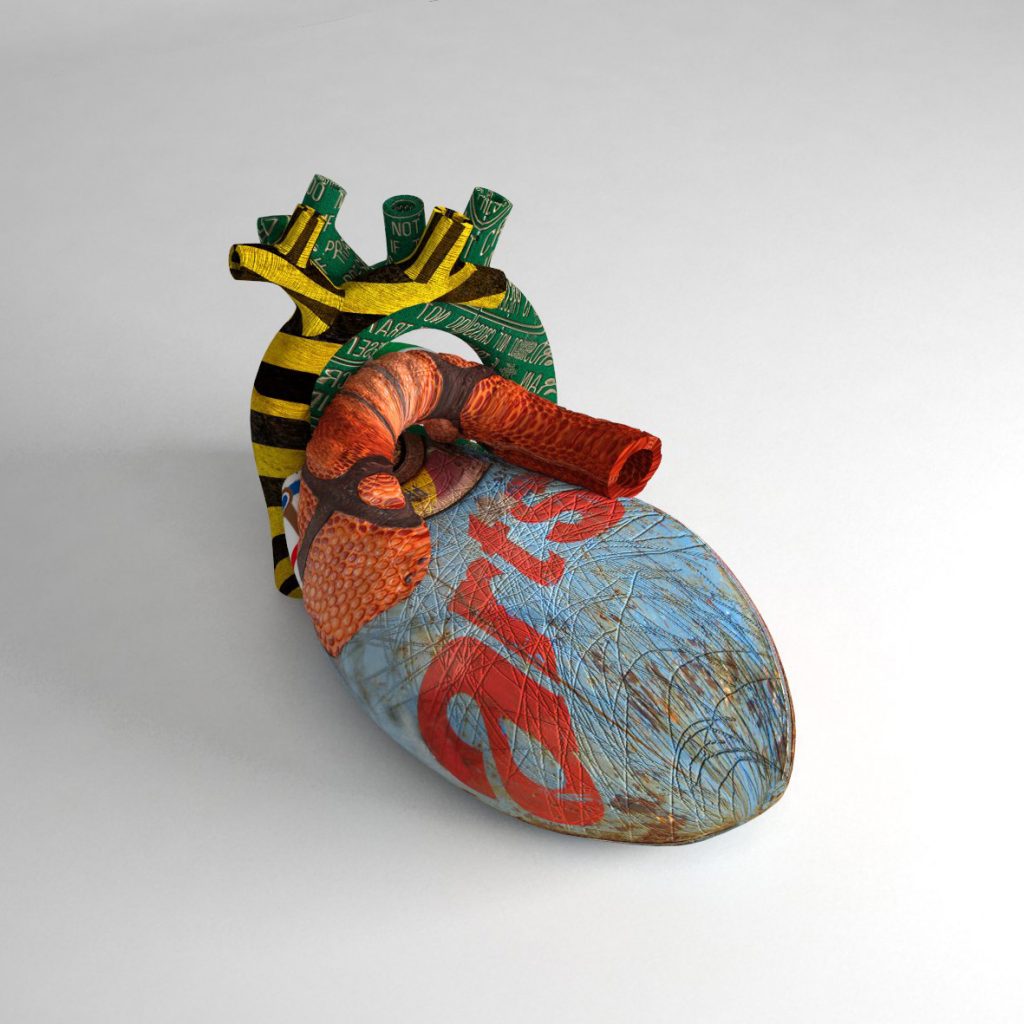 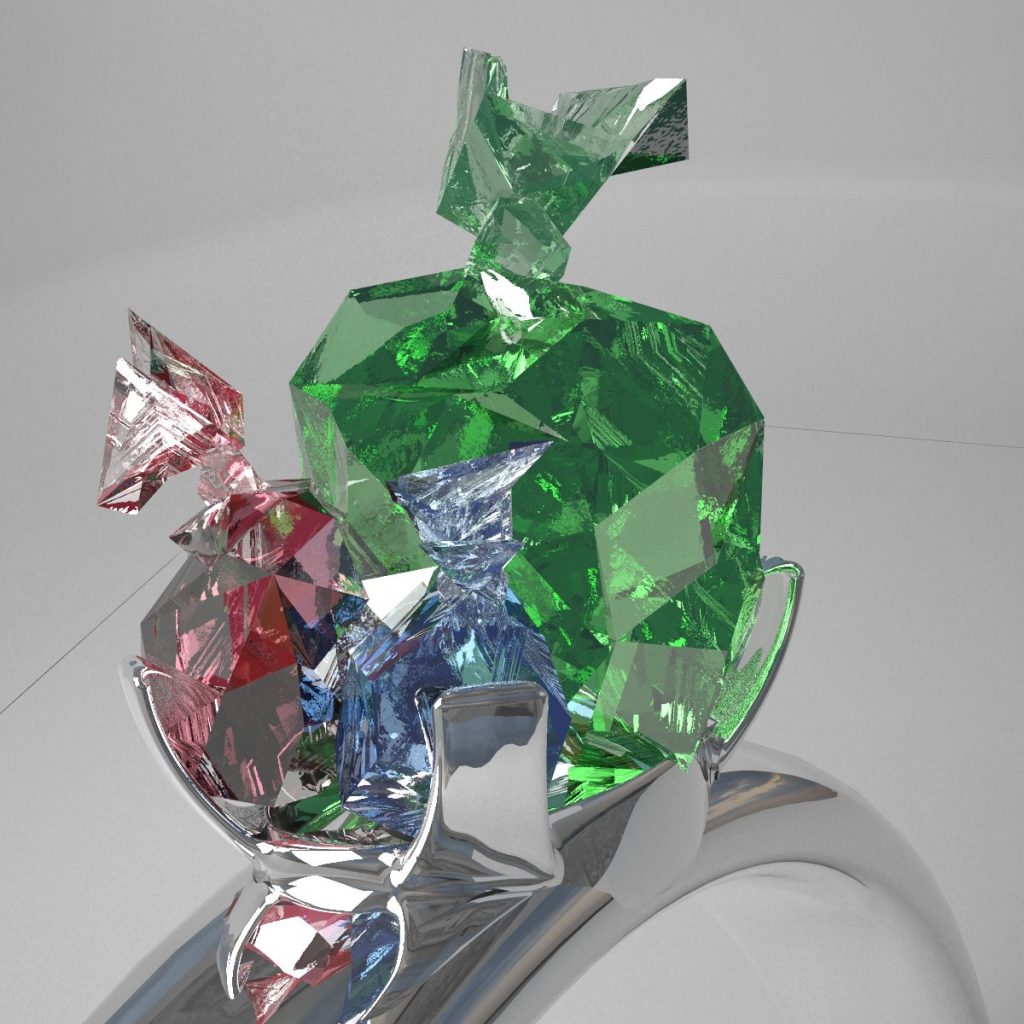 I was born in Sicily, in Barcelona (Me) in 1974, and I was lucky enough to have a peaceful upbringing in which I developed the interest in art through books and many of Italy visited museums.
This interest was transformed immediately into the pleasure of acquiring the technology and craftsmanship that made me re-create the things I saw.
I attended engineering in Messina where I found myself immediately surrounded by the creative ferment of the Young Italian Artists Circuit.
Artistically formative years from the first participation in the 'Luci & Ombre' Award chaired by Ettore Sottsass with Laura Giugiaro and Piero Gilardi, curated by Guido Curto in 1998 at the Lingotto in Turin up to the international Gemine Muse project in 2004.
After graduation I did a Master of Industrial Design in Palermo and since then I try to create objects of design, industrial or craft, with strong hints of art.
The concepts of my products are visible in matcalabro.tumblr.com tumblr blog.

View all articles by matcalabro