Home » Design » iB Rubinetterie, preview of the novelties of the furniture fair in Milan 2012

iB Rubinetterie, preview of the novelties of the furniture fair in Milan 2012 it has been modified: 2012-02-24 di Benedetto Fiori

The creativity of Marco Acerbis e David and Andrea Bregoli born three new projects iB Rubinetterie, A company that for over 25 years stands out in the field of high-end fittings and accessories, will present at the Salone del Mobile in Milan 2012.

Wave is a project conceived by Marco Acerbis. The collection includes 21 coordinated models of bathroom taps. The dispenser has a plastic form almost sculptural, which is a counterpoint to the lever light delmonocomando, a thin plate slightly bent to form two wings. Nelledimensioni proportioned in all its variations, Wave has a refined and poetic. The collection comes in chrome, white, black and brushed nickel. Like all products iB, is available on request in other finishes. 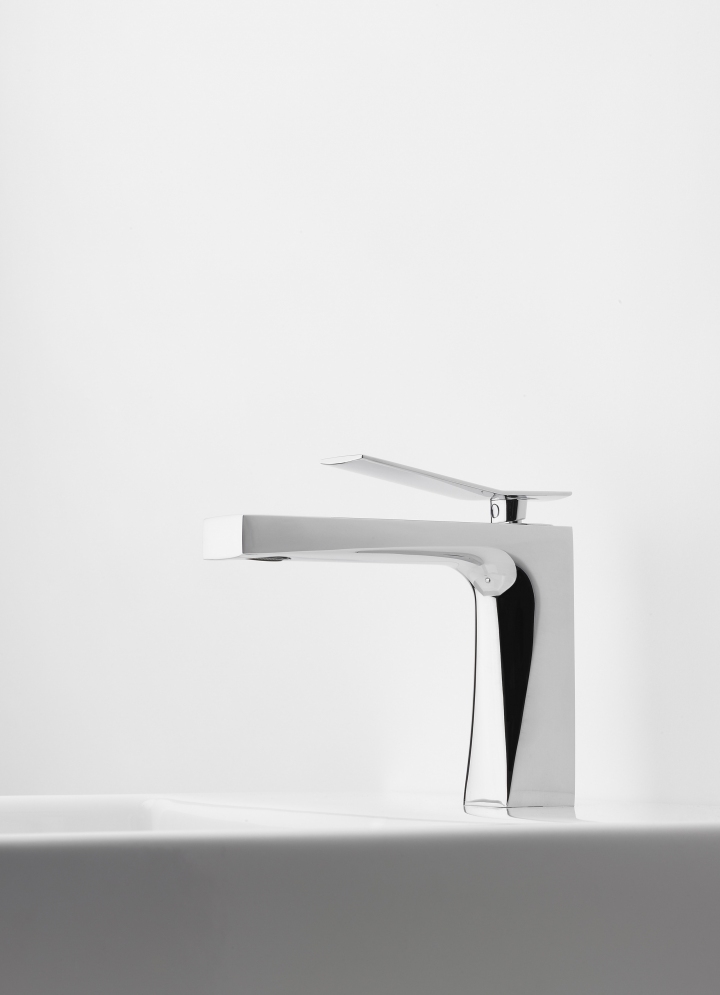 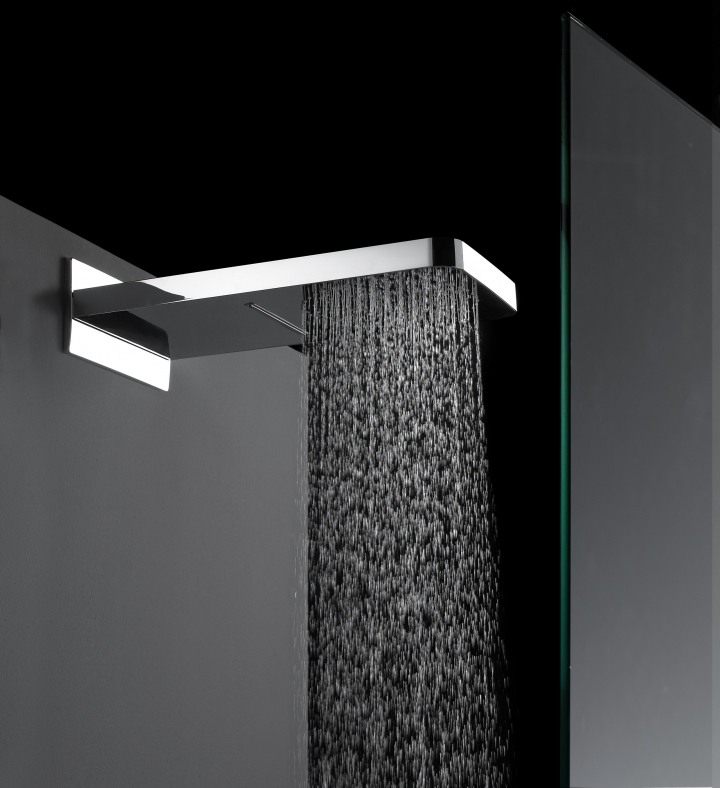 OnAir is a head wall of great formal purity signed by David and Andrea Bregoli, creators of important projects for the family business. OnAir combines a modern air-mixing shower head with a large, effective and regenerating waterfall, perfectly integrated into the sober and refined structure of the shower head. The effect of water mixed with air is that of a light, tonic, enveloping shower, with a considerable saving of water. 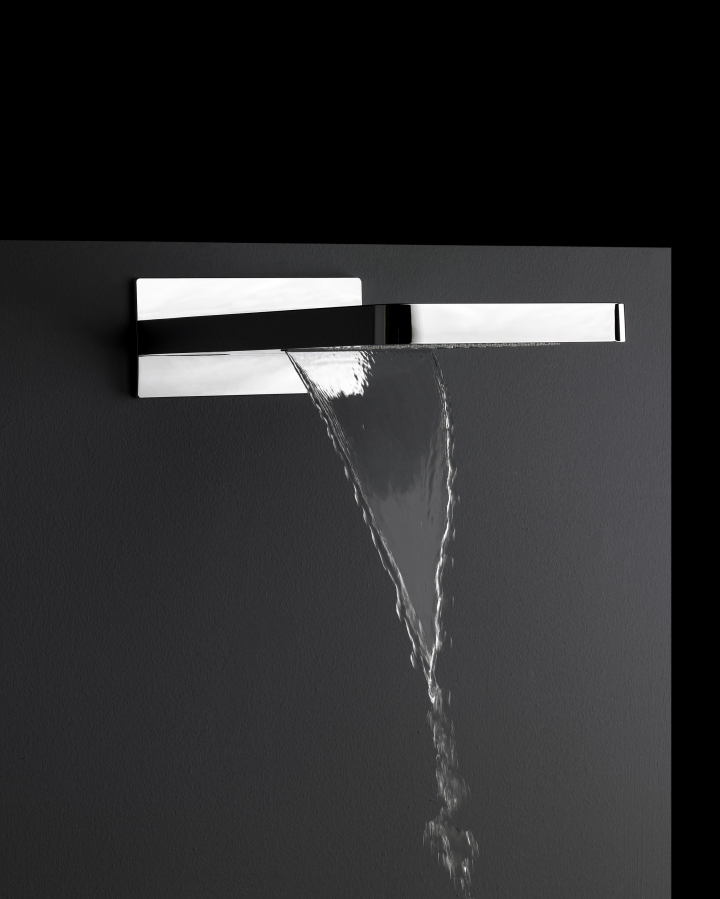 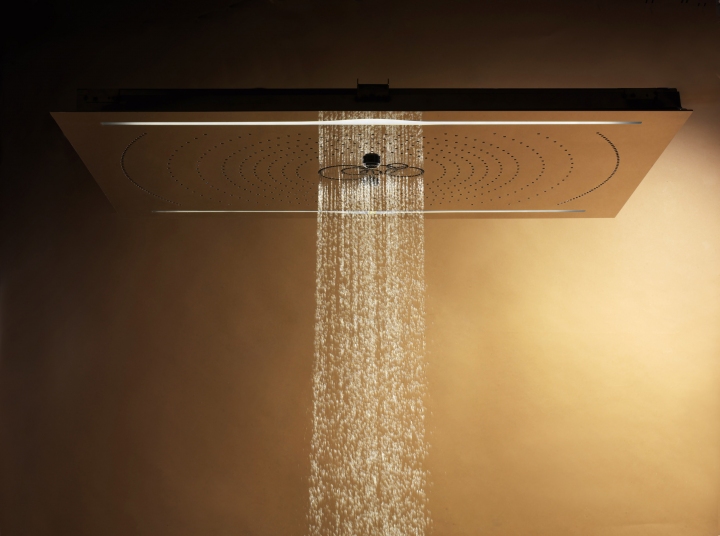 The collection Aquabeat always bears the signature of Davide and Andrea Bregoli. It includes three ceiling shower heads, with a very light and minimal image, with different dimensions and performance qualities. The simplest model - 60 x 40 cm - is equipped with an anti-limescale shower head and a chromotherapy system with water-proof remote control. The intermediate version adds a double waterfall to the shower head. The top version measures 100 x 60 cm and, in addition to the chromotherapy system, has five functions: shower head, water column, mist shower, intense central shower head and side water blades. To have all the regenerating benefits of water in a shower. 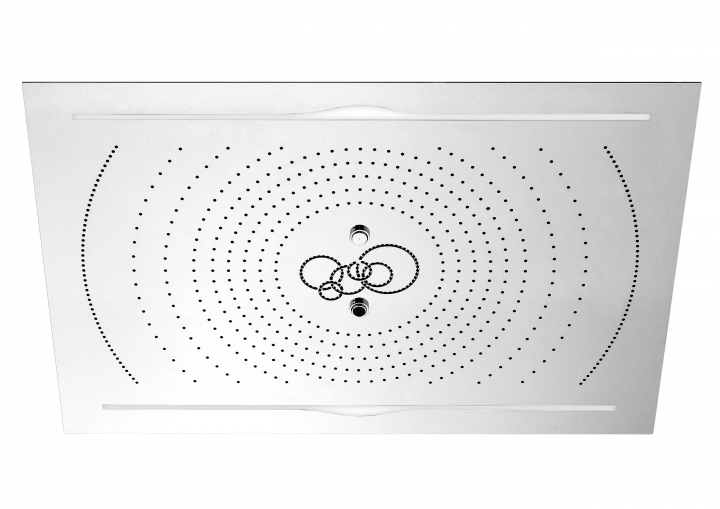 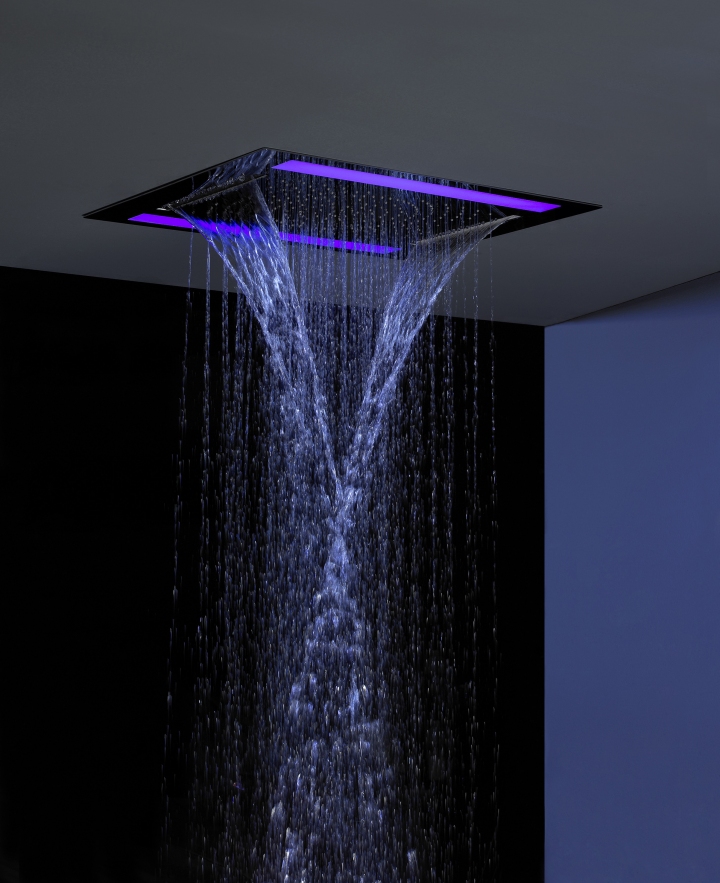