Vito Nesta tells us about the 2017 design week and her creations exposed it has been modified: 2017-06-20 di Benedict Flowers

Vito Nesta is one of the emerging designers we follow more attentively, we have often written about his articles and last year we went to meet him, we invite you to go see the interview where he talks about his encounter with design and the stories and emotions that later resulted in the products.

About two months after the closing of the Salone del Mobile 2017 we contacted him to retrace the design week and to learn about the creations, the result of collaborations with various companies, exhibited for the occasion.

SDM: How did design week seem to you this year as a whole, did you notice anything changed or new?

Vito Nesta: This year in my opinion there were many interesting projects at the fuorisalone rather than at the fair.
I noticed a different way of doing fair, the public is more attracted by the allure that a project has around it and very often this is not there at the fair. At the fuorisalone, on the other hand, Galleries have increasingly followed, unusual spaces that come back to life for this occasion, in short, there is more possibility of giving a project an atmosphere, an emotion.

SDM: During the week of the salon you always have the feeling of being in the wrong place at the wrong time and losing something important, there have been objects you think lucky to have seen or are you sorry not to see?

Vito Nesta: During the salon you are overwhelmed by a multitude of images and projects, it is very often very difficult to be able to give the project the right attention. I stopped being bulimic and I tried to see as much as I can, I go and look, if I lose something I'll find it again in the magazines.

SDM: Did you mention that you have presented about 40 projects, in which areas do your creations range from, is there a common thread that unites them?

Vito Nesta: The projects carried out range from wallpaper for Devon & Devon and Roche Bobois to Capodimonte porcelain for Fratelli Majello, from rugs for Les-Ottomans to mirrors for Secondome Edizioni with Glass Effect.
All are united by craftsmanship and decoration.

SDM: What new projects do you represent the most?

Vito Nesta: All projects represent me because each of them, once born, is like a child.
Some have given me more or less satisfaction but everyone belongs to me.

SDM: Now you work and live in Milan, but you studied in Florence, is there something that you carry with you from this city?

Vito Nesta: Florence is a city I love so much, I have lived the most carefree years of my youth and always come back with great joy. From Florence I bring the first experiences in contact with artisans, this has become a feature of my work.

SDM: What has changed in your work in the last year?

Vito Nesta: In my work I feel that decoration belongs to me a lot as a form of language and moreover I am more interested in working with the world of collecting.

SDM: We've been very impressed with your project Putti capodimonte, A simple gesture of great effect, blurry. Although not one of the novelties of the 2017 show, can you tell us more about the genesis of this idea?

Vito Nesta: The Putti is a project that I keep a lot of. I met the Majello factory in 2015 and at the end of 2016 Valentina Guidi Ottobri of Luisa Via Roma asked me for a piece of ceramic for the Brilliant Ceramics exhibition. I asked Majello if we could reinterpret a piece of their historical collection and they were very enthusiastic.

Working on that piece that had more than a century of history was a real emotion, those bastards just needed to be brought to light with a contemporary dress. By removing all the reddish-colored flowers and wreaths, rather redundant, and the tambourines that were in the hands of the angels and inserting them in place of these fishes, finally dyeing it with random green-colored brush strokes with gold accents, came out an awesome piece.

SDM: For the future on which projects are you working?

Vito Nesta: For the future I am working on collections of furnishing accessories such as sets of dishes and objects for the table and pieces of art design for Galleries.

SDM: A type of object on which you have not worked yet but would you like to face it?

Vito Nesta: I would love to work on Murano glass tableware. 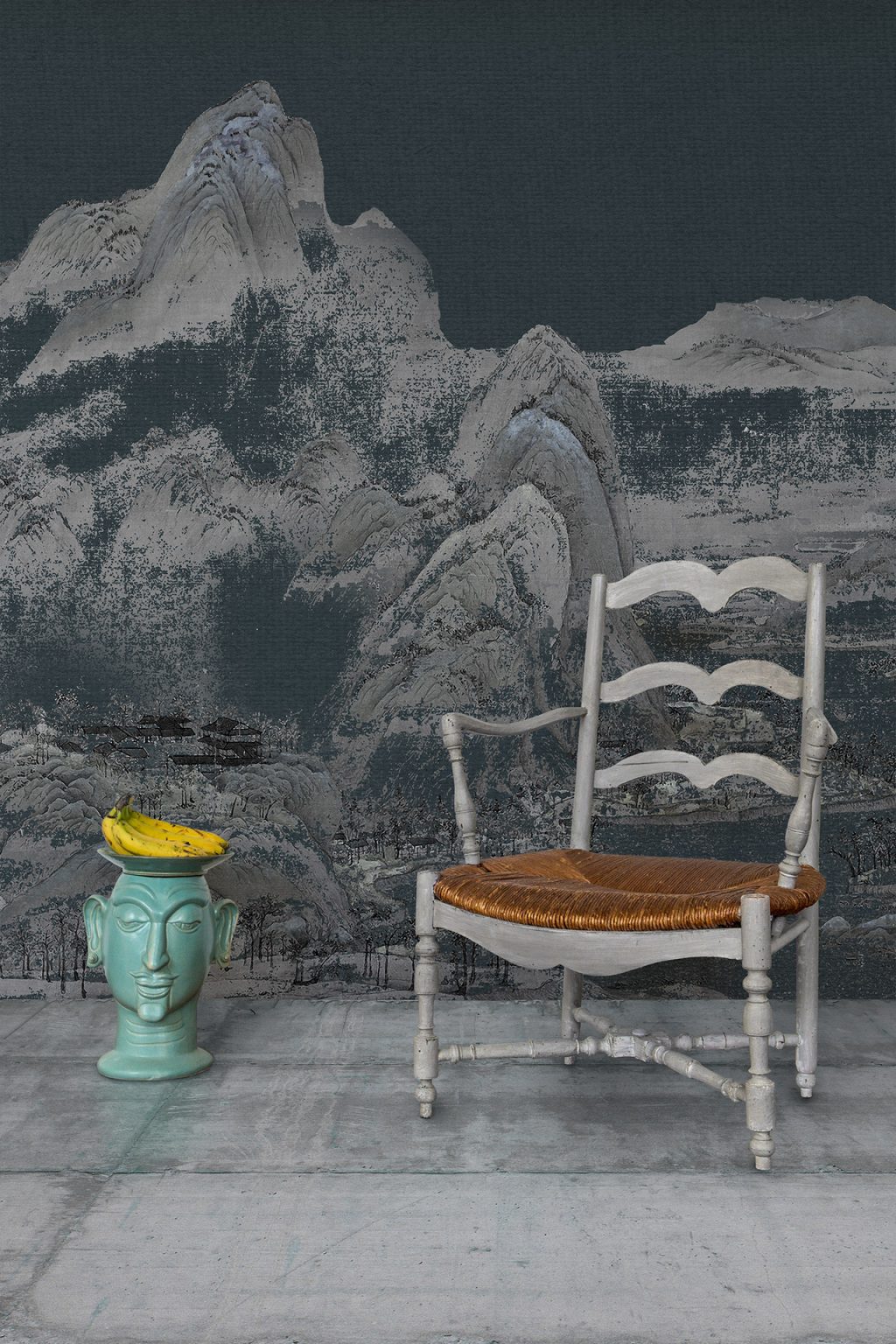 Way Of Silk wallpaper for Texturae 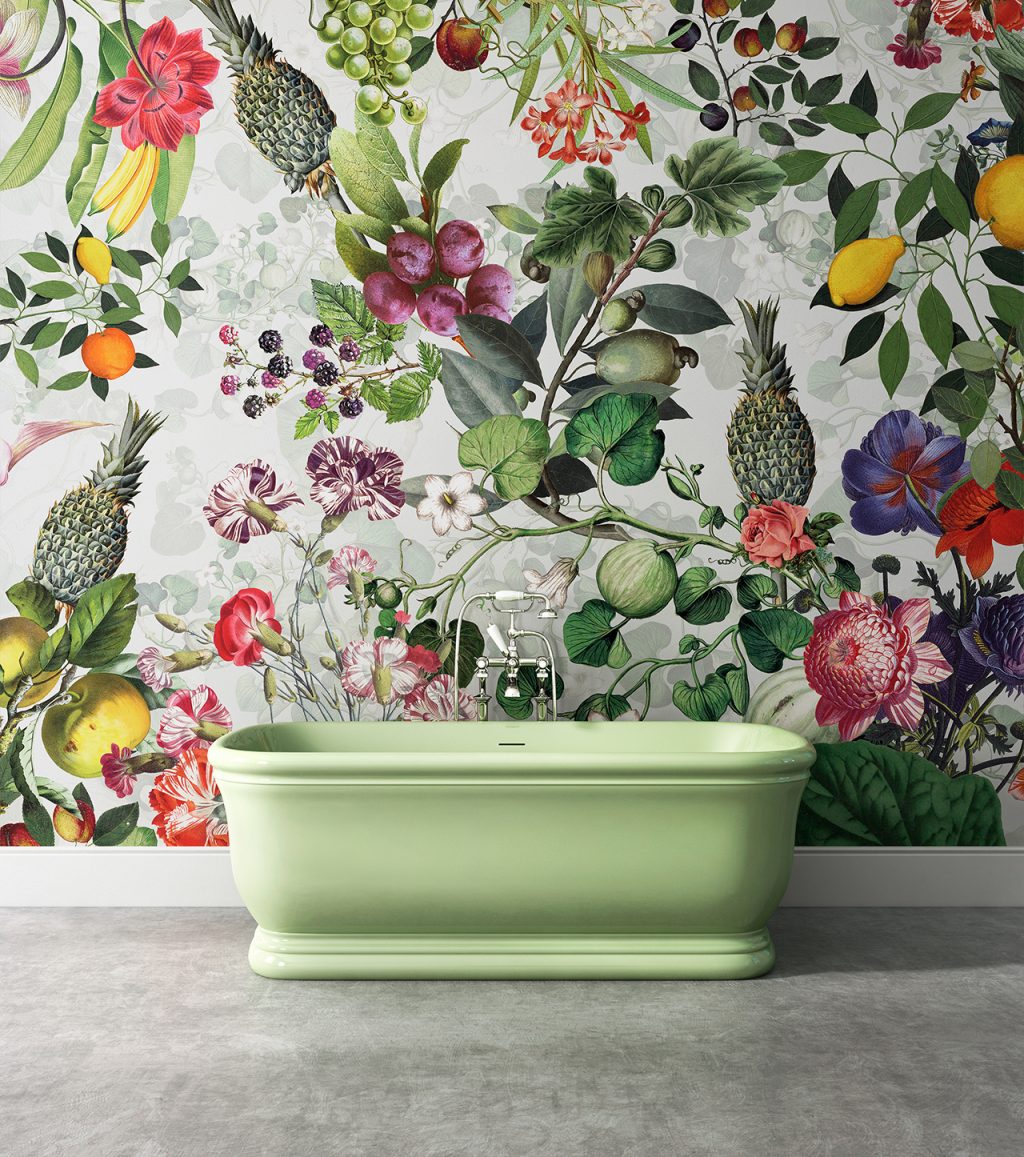 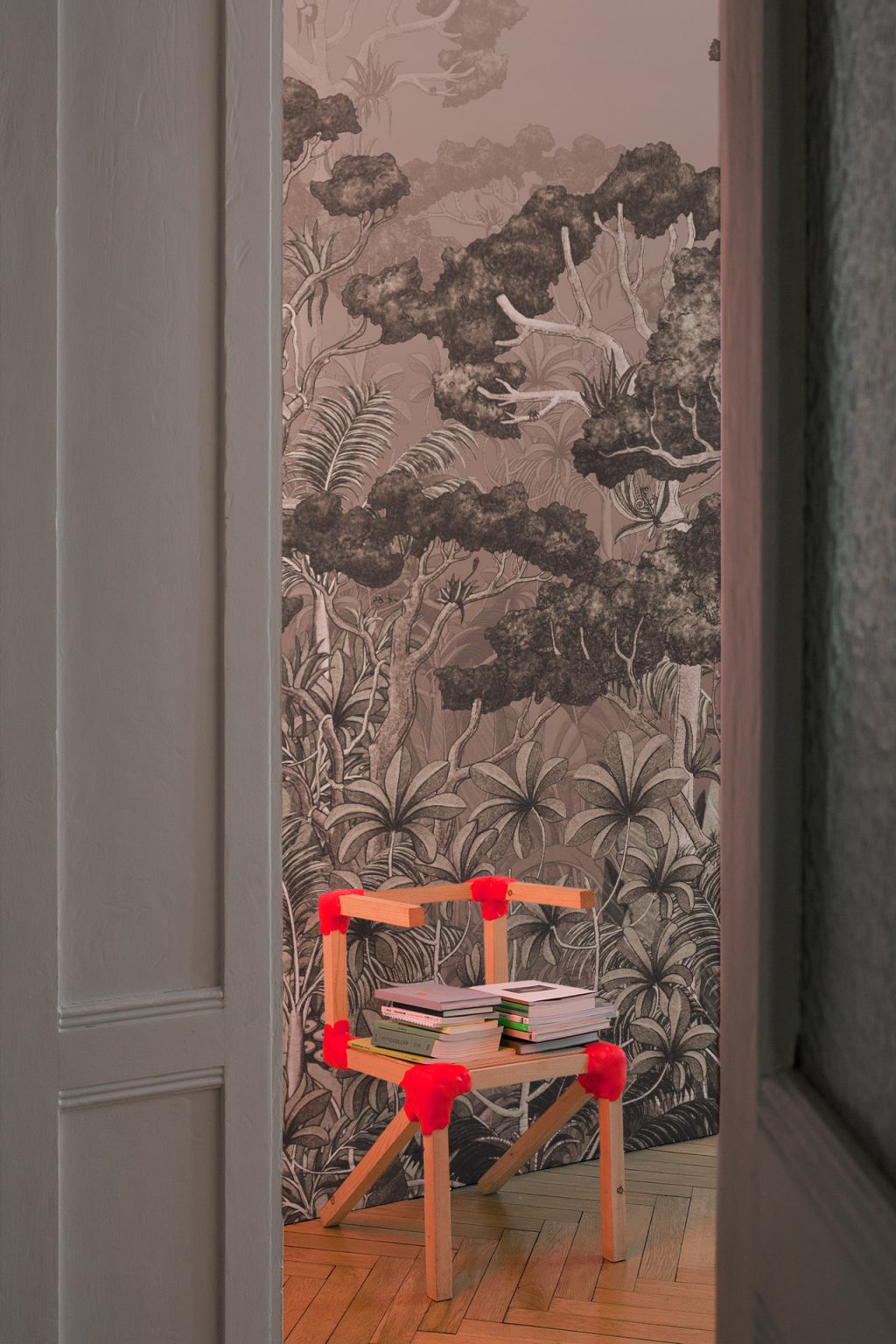 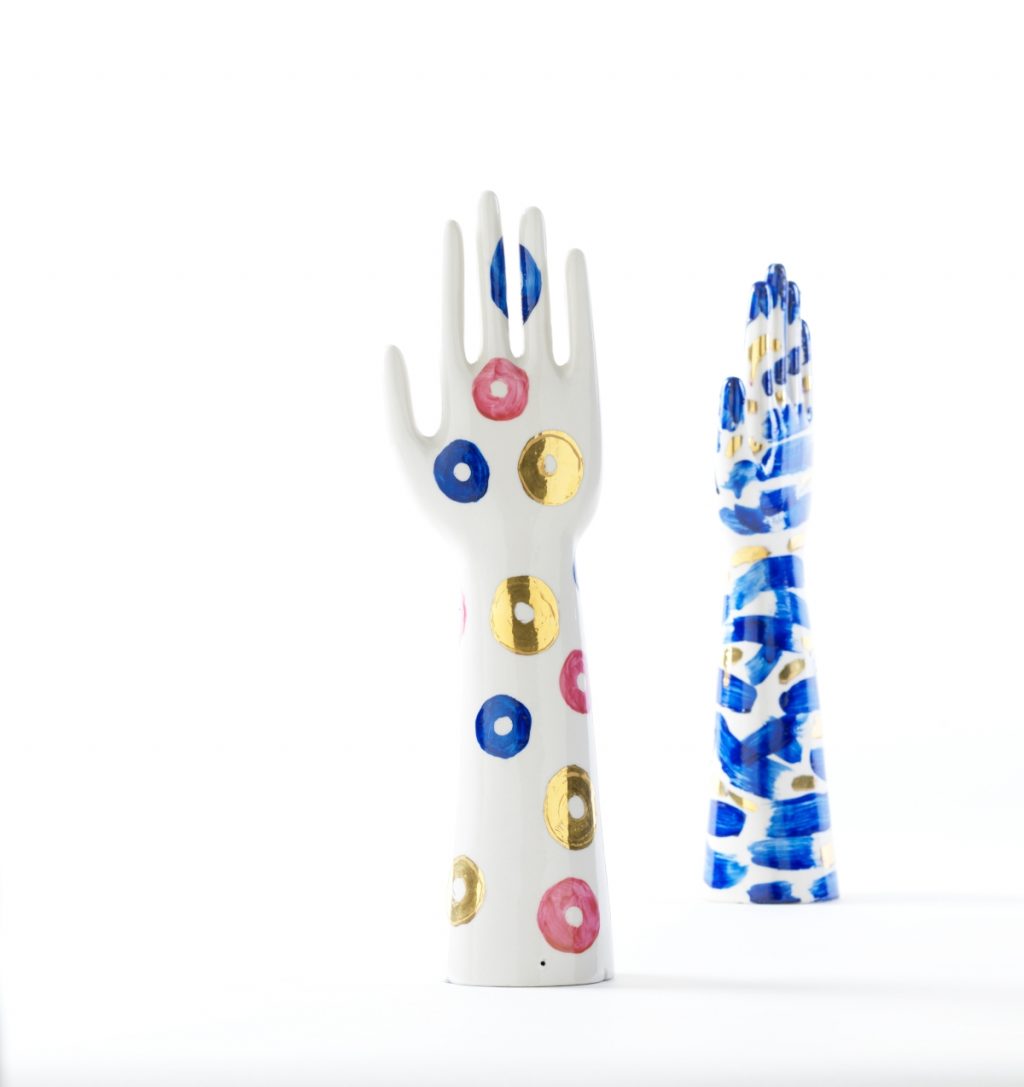 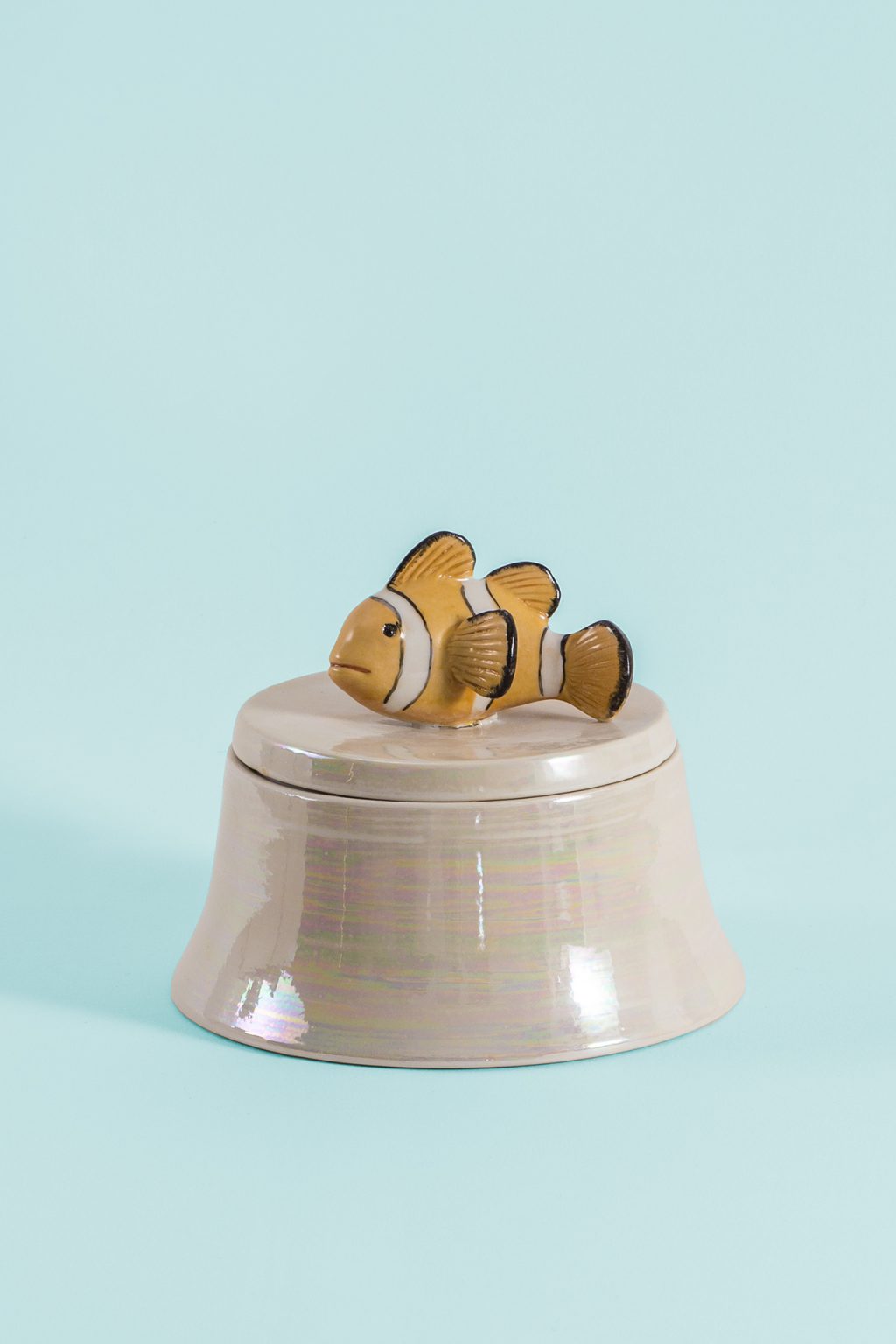 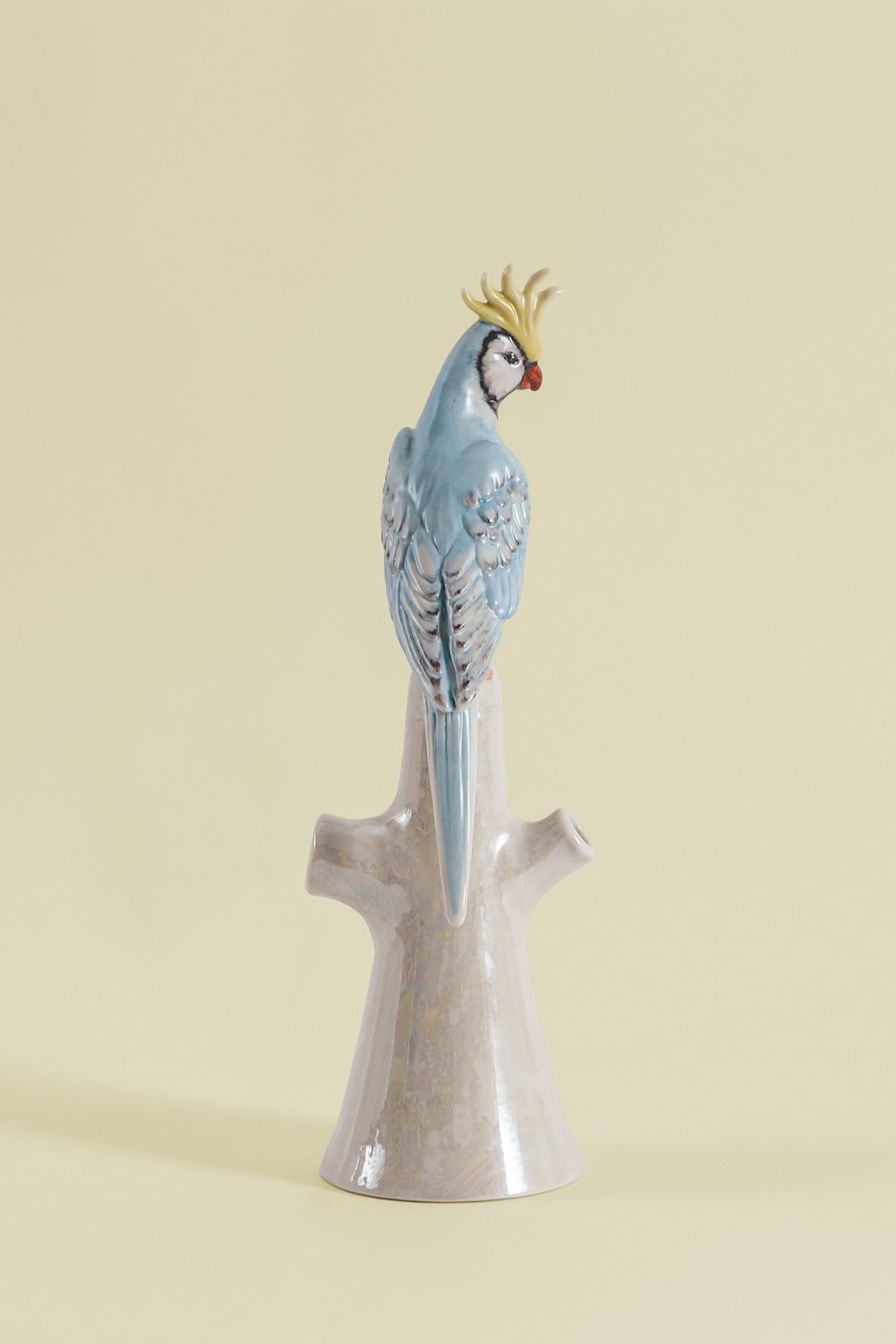 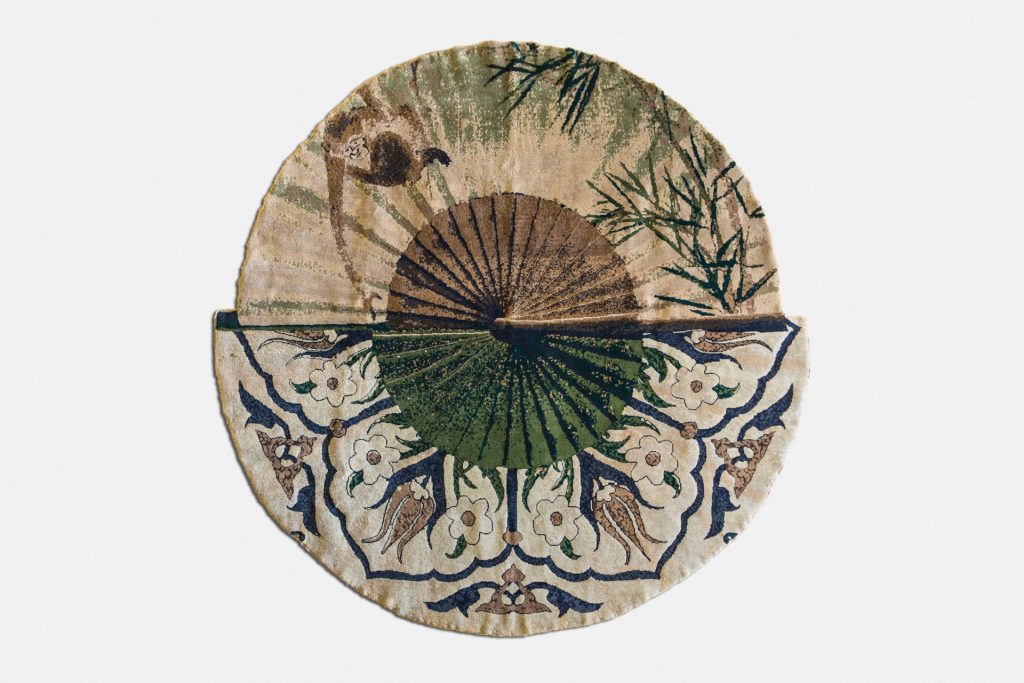 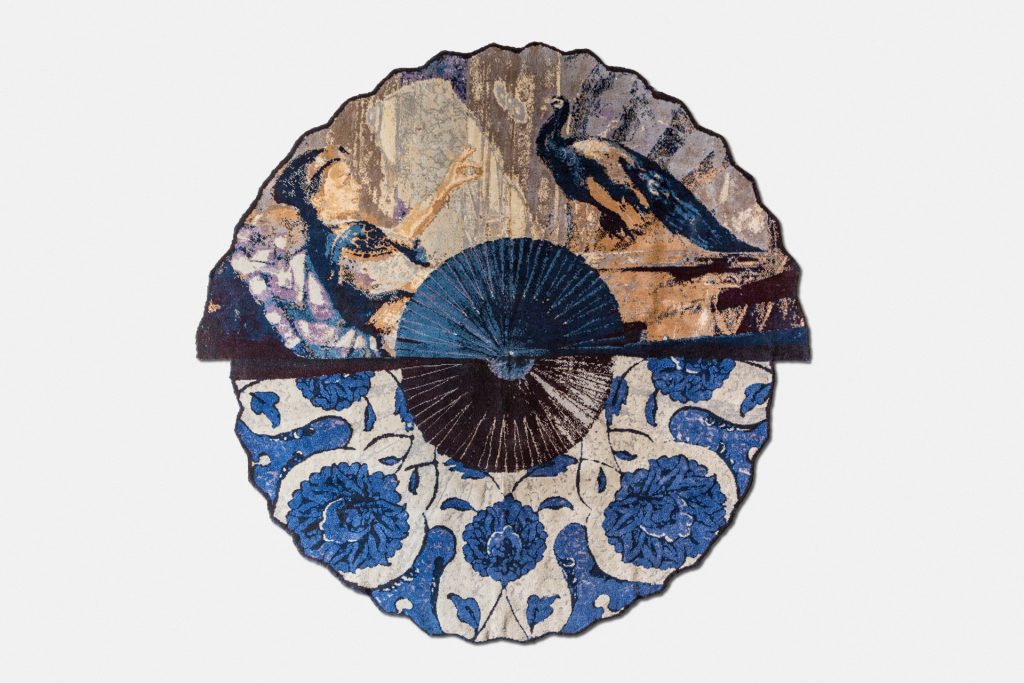