Back to Bologna, from the 21 24 2013 February the annual appointment with Bilbolbul INTERNATIONAL FESTIVAL OF COMIC, Edited by HAMELIN CULTURAL ASSOCIATION. The festival, now in its seventh edition, will transform once again the capital of Emilia in the capital of the comic, welcoming city in authors and fans from around the world. BilBOlbul invade the center of Bologna with exhibitions, meetings and events.

The protagonist of the seventh edition of BilBOlbul is Vittorio Giardino, Author Bologna said the world is dedicated to him the important retrospective exhibition The fifth truth hosted by the Museo Civico Archeologico.

Outside the Italian territory will transport the exhibits instead of Jason (Norway), Henning Wagenbreth (Germany), and Tonto Comics (Austria). Among the artists of exception also Mattotti Lorenzo, at the festival with the exhibition Oltremai.

The festival will give space to the exhibitions of cartoonists and emerging designers, including that of the young Romagnolo Andrea Zoli, winner of the "Komikazen" with a graphic novel about ultras from sociological, Silvia Rocchi, which exposes the plates of his book d ' debut dedicated to Alda Merino, and Michelangelo Bristle that with Edo Chieregato, will present a collection of stories that focuses on the marginalization and human relations.

Always BilBOlbul promotes dialogue between the comic and the other arts, the contamination between different languages. The film festival curated by Sergio Fant at Cinema Lumière which this year looks to the East, and in particular to Japan and to the masters of manga.

The series of meetings, new to this edition, The films of my life: Jason, Vittorio Giardino and Lorenzo Mattotti you tell through the film that helped define their artistic journey.

The opening of the theater, another exclusive innovation, two of the greatest figures of the Italian scene: Chiara Guidi Socìetas Raffaello Sanzio and Ermanno Montanari Teatro delle Albe, for the first time together in the show Not far from here, liberamenteispirato the graphic novel Igort Notebooks Russians.

One of the objectives of BilBOlbul is the design of new projects and for 2013 was asked visual artist and designer Allegra Corbo of a project: The Temple. Another exclusive initiative of the festival is the "inner artist", entrusted each year to a different host. For 2013 will Baronciani Alessandro, to work in one of the rooms of the hotel Al Cappello Rosso. 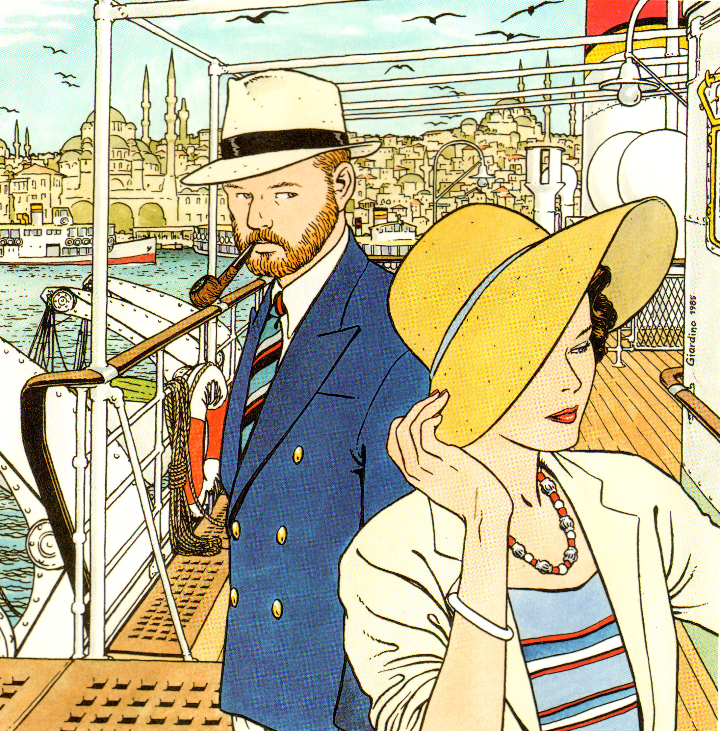 The attention to children is one of the constants for the days of the festival and for the entire month of March, the exhibition hall of the Cinematheque of Bologna will be transformed into Fumettofficina.

The protagonists of this news are the authors of Mamut, invited to reinvent the exhibition hall of the Film Library, to create a space designed for the younger visitors of the festival.

BilBOlbul also proposes meetings aimed at teenagers, with the project to promote reading "Xanadu. Community of readers stubborn "which since 2001 Hamelin carries on in middle and high schools across Italy.

View all articles by sara feligiotti