Torre Da Vinci or Dynamic Tower is the rotating skyscraper designed by the Italian, but originally from Israel, David Fisher. A tall tower 420 m, for a total of 80 plans each of which can rotate independently of the other 360 ° around a central axis (taking about 90 minutes to make a full turn) at will of its occupants, resulting in an appearance always changing and unforeseen building.

The movement is made possible by the energy produced in the same tower: 8 wind turbines placed between a floor and the other are sufficient to feed the 200 apartments planned in the building; other 40, together with solar panels on the roof of the building, will produce a surplus of energy making the building a new symbol of sustainable architecture. First skyscraper in the world "prefabricated": each plane will be built in Italy and then transported by sea and "mounted" on site, to reduce the execution time and the risks related to construction work at high altitude. The study of the architect Fisher have already addressed also the city of Milan and Moscow in order to have them also a "rotating tower" in its skyline. 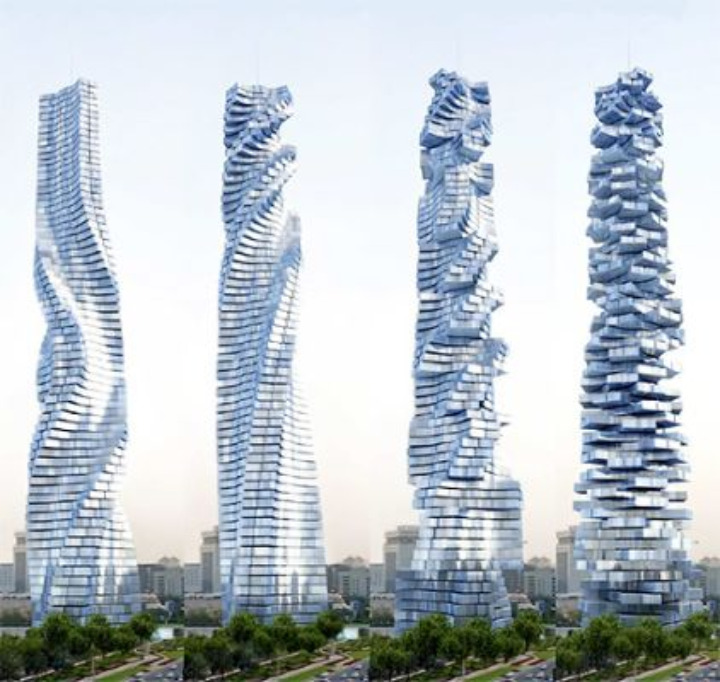 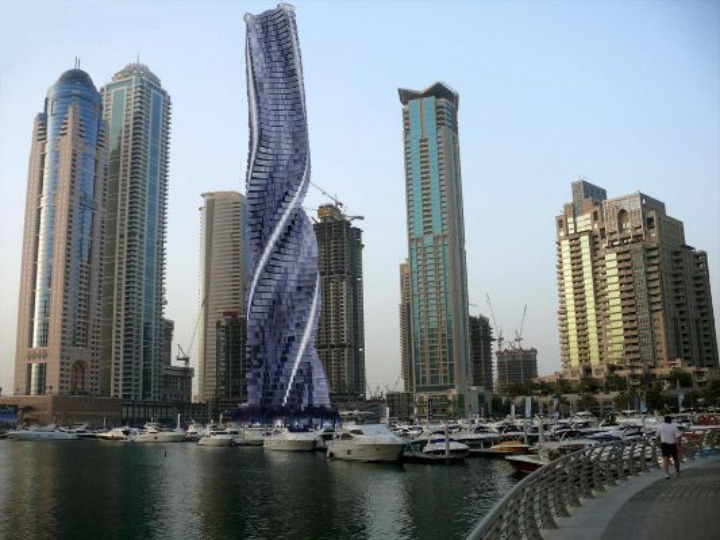 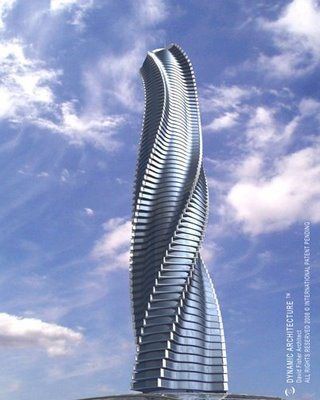 View all articles by Francis Nico