An abandoned ship becomes a graffiti gallery for the work of the collective of street art DuDug it has been modified: 2013-04-21 di jessica zannori

DuDug It is a collective of international street art which used the carcass of an abandoned ship on the Llanerch-y-Mor beach in north Wales, as a large canvas for graffiti art project called The Black Duke. The once very famous cruise ship known as the Duke of Lancaster has been left to rust in a dry dock from the 1979 and only at the end of last year she was approached and transformed by this group of artists.

The ghost ship is a show in constant evolution, now adorned with eight works of large dimensions that include lively contributions Lora Zombie, Fat Heat, Fin DAC. The aim is not only to attract attention and inform the public about the ship's rich history, but also to create a new tourist attraction in the area. 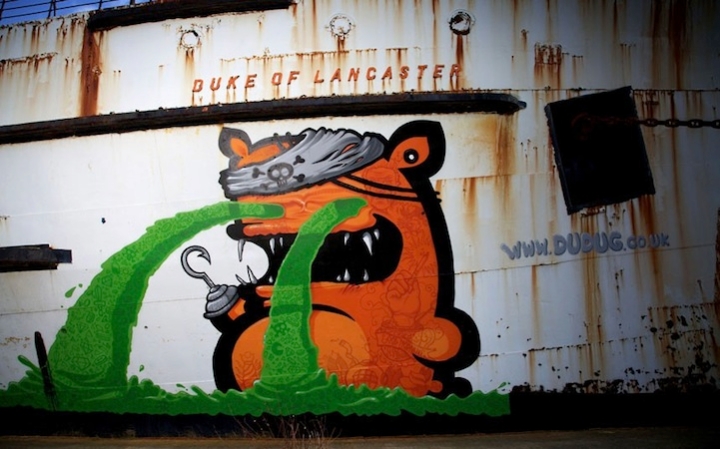 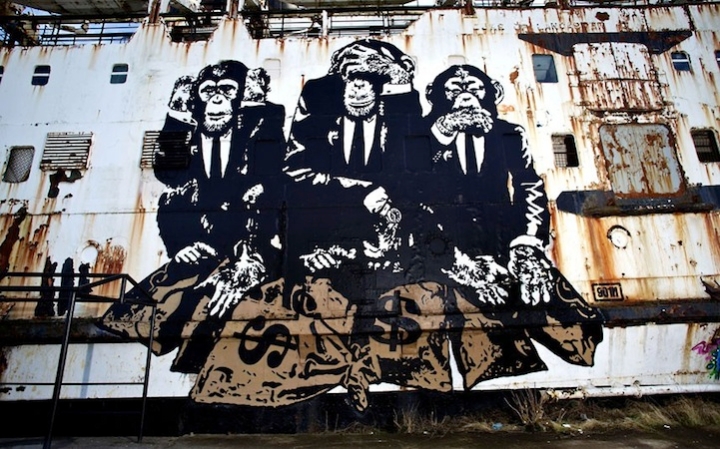 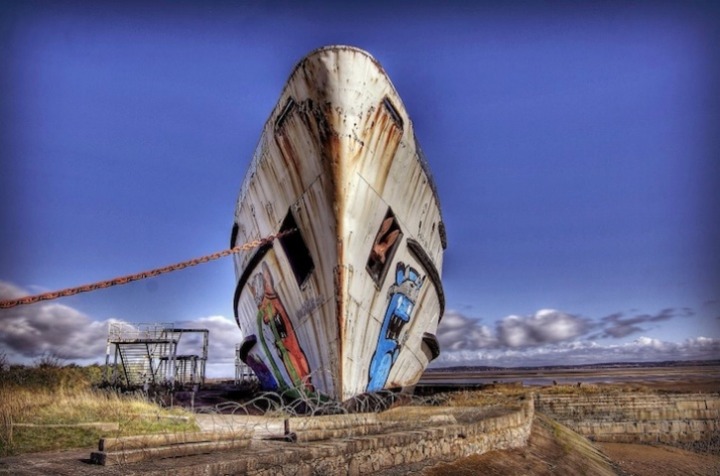 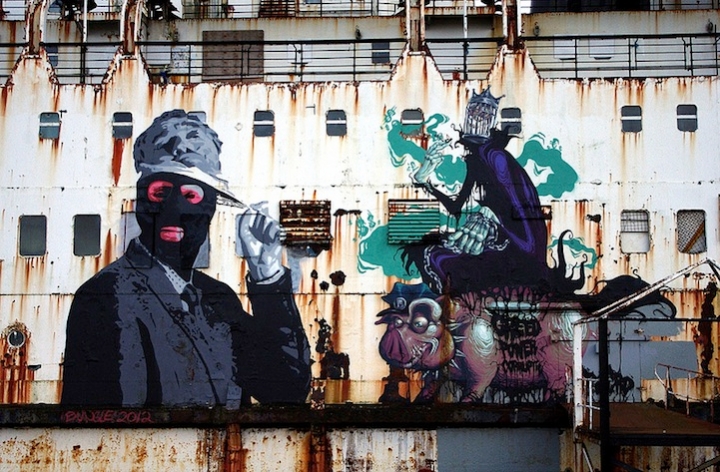 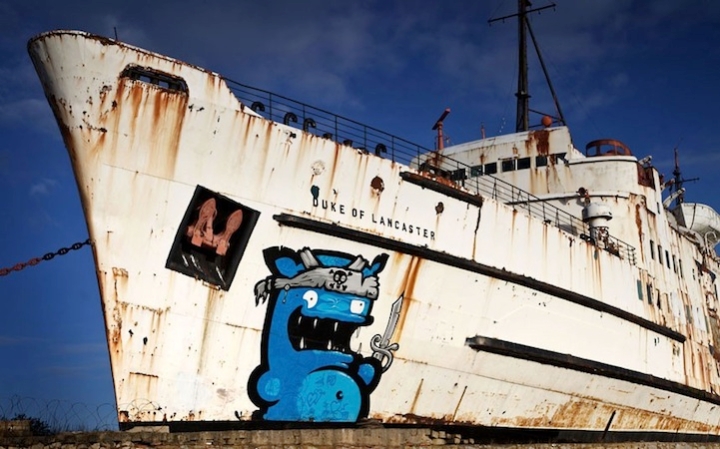 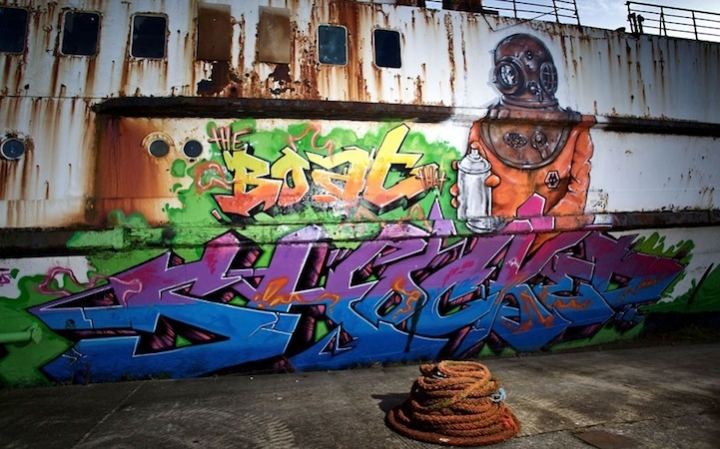