Back from Bricklane, London, the Franco-Austrian artist couple Jana & Js were invited to the second edition of the street art festival Bratislava.
In 2011 have painted a train there, in 2012 did a tram!

Jana & Js started painting some stencil on the streets since the mid 2000 and expose in galleries from 2007. Currently living in Austria. 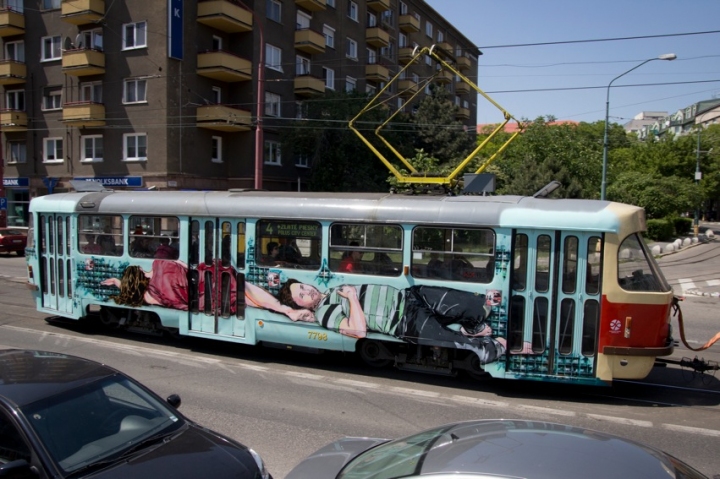 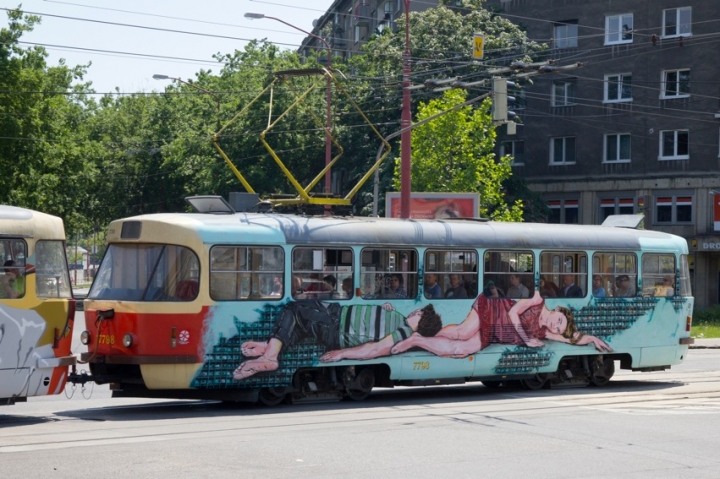 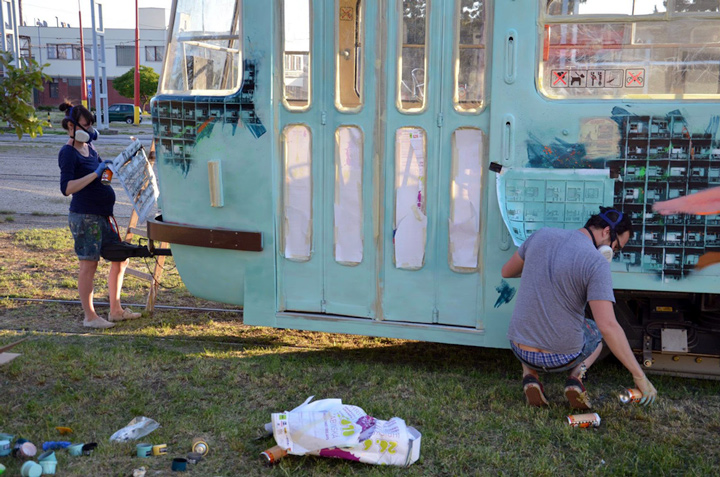