Andrew Myers creates three dimensional portraits by screwing 8.000 10.000 screws at different depths into a plywood panel, then paints over the head of each screw to enhance the 3D effect.

Born in Germany and raised in Spain, since his childhood, Andrea Myers was artistically influenced by the life and European culture. At the age of 20, he has

attended the Art Institute of Southern California (now known as Laguna College of Art and Design); with no prior art training Myers was admitted on the basis of natural talent and his portfolio of work.

Many of his works are known nationally, but is probably most famous for his Portraits 3D of screws. The interesting thing is that Myers is not based on any software during drilling screws, but follows his imagination.

The artist says:
"I consider this a traditional sculpture and all my screws are at different depths". 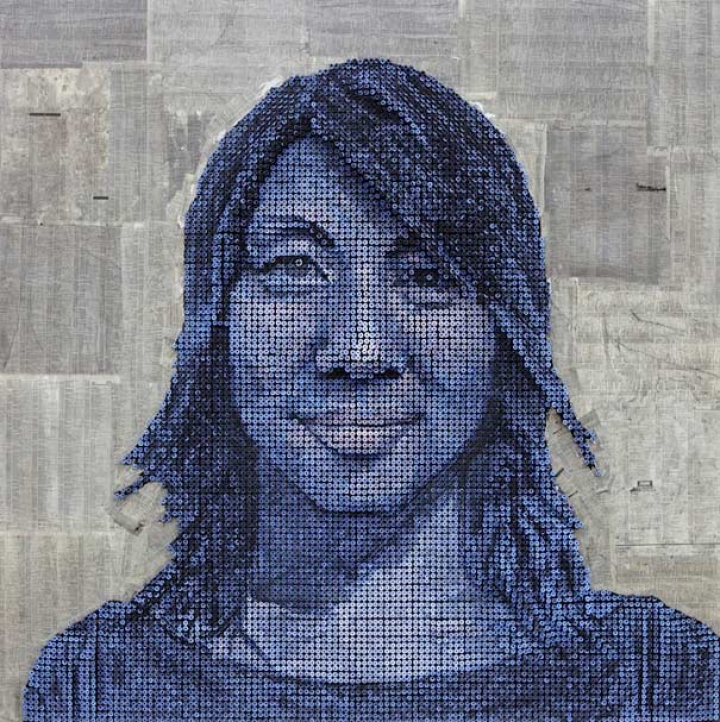 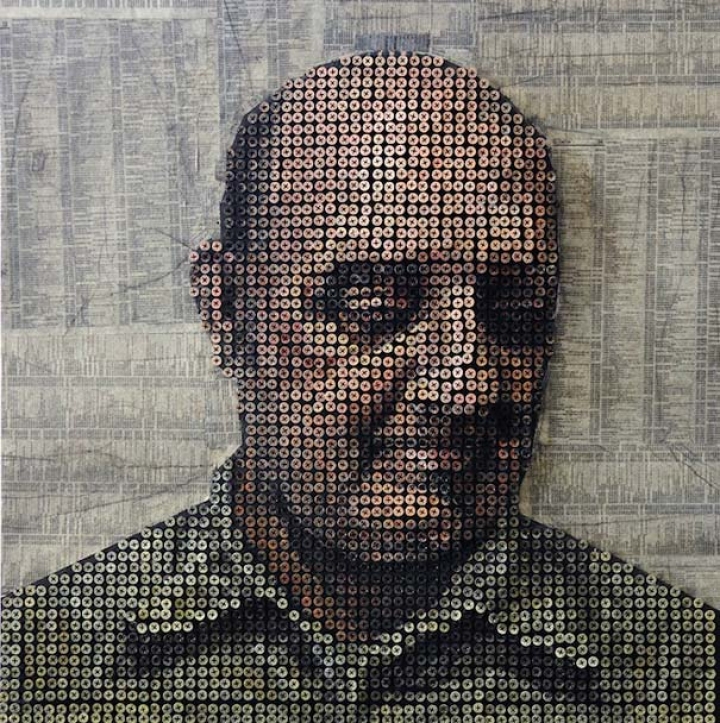 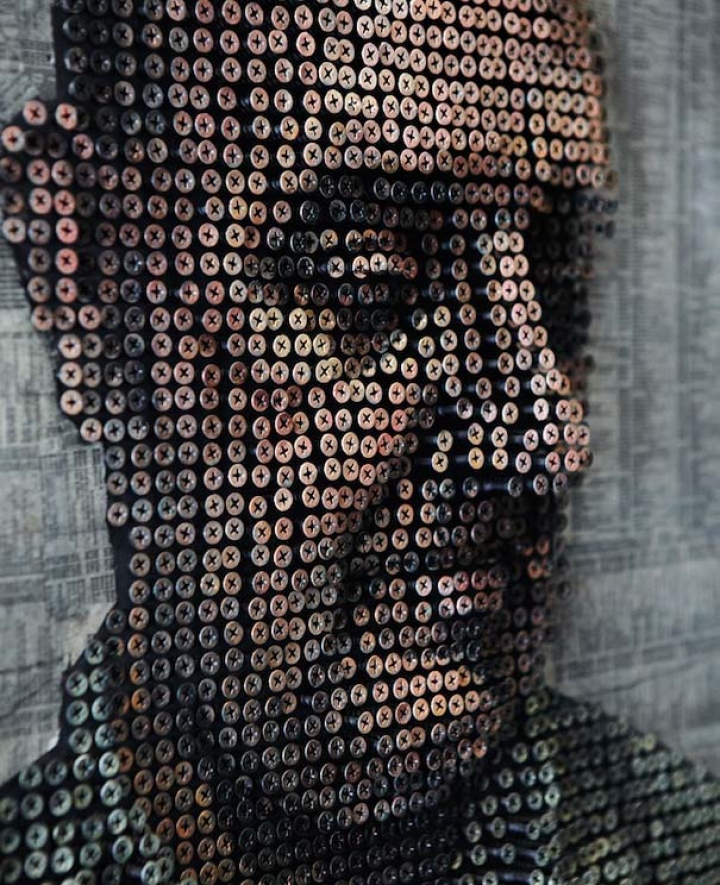 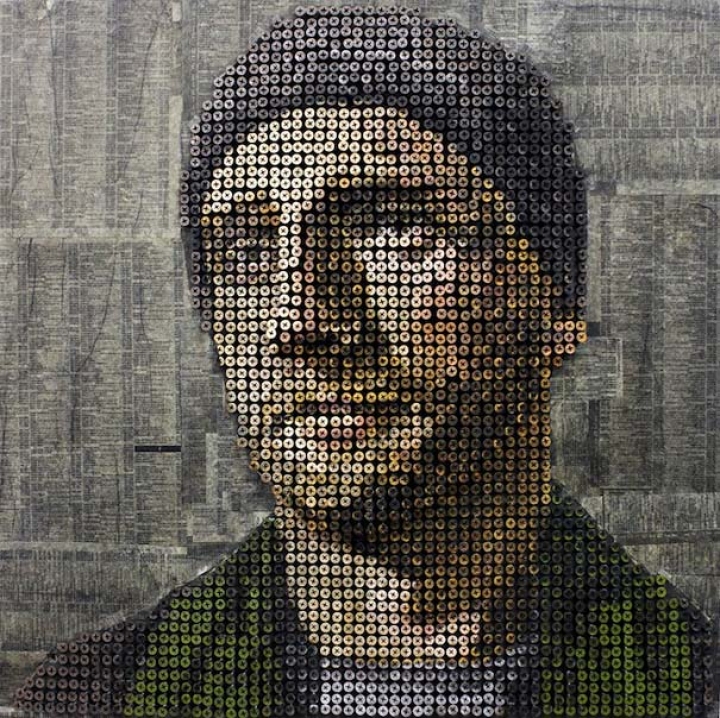 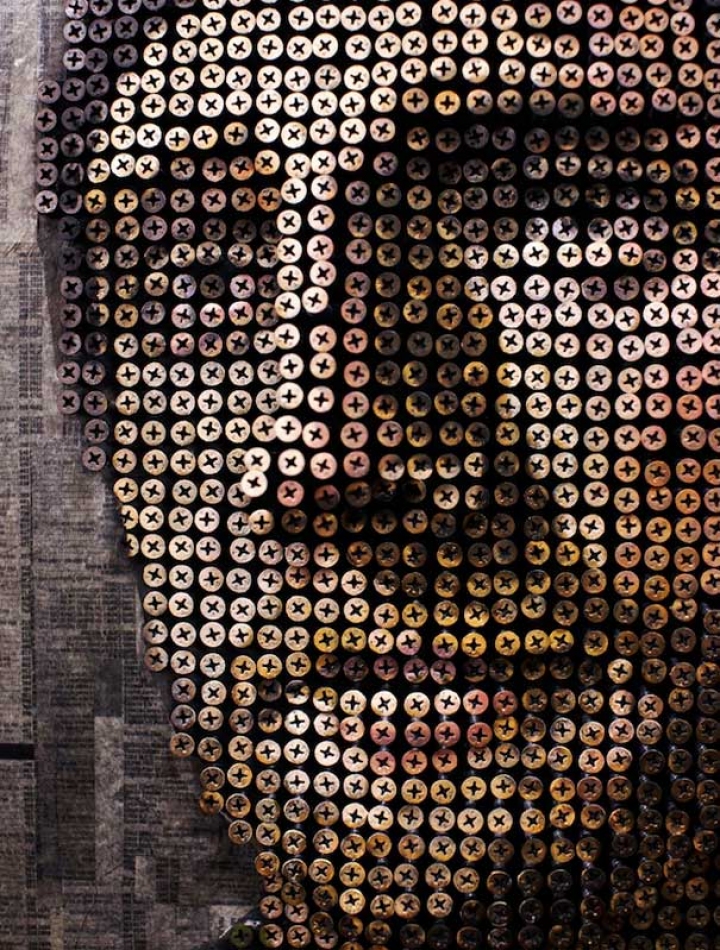 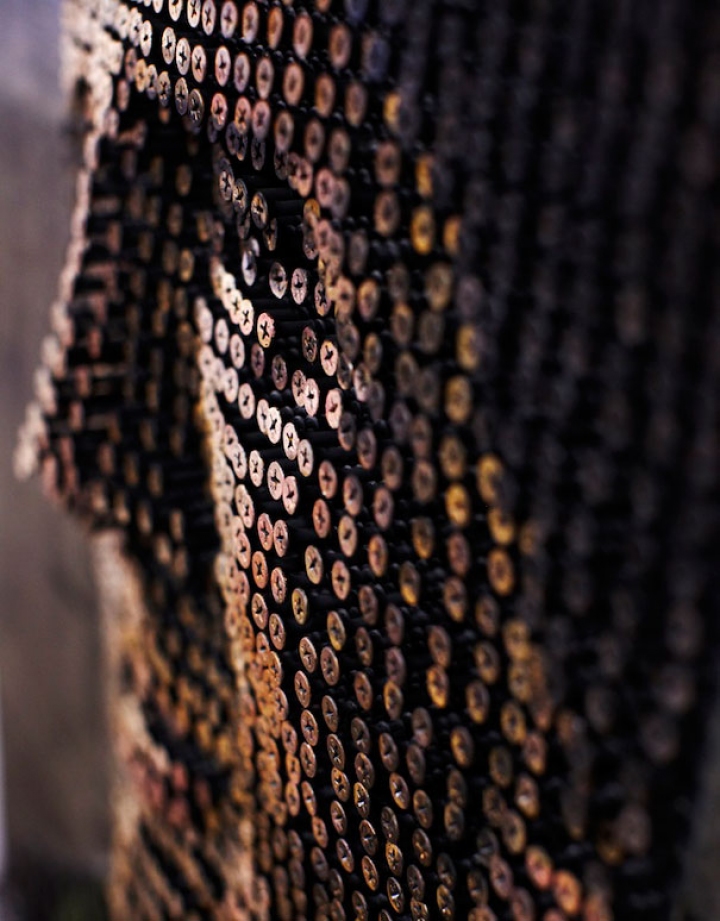 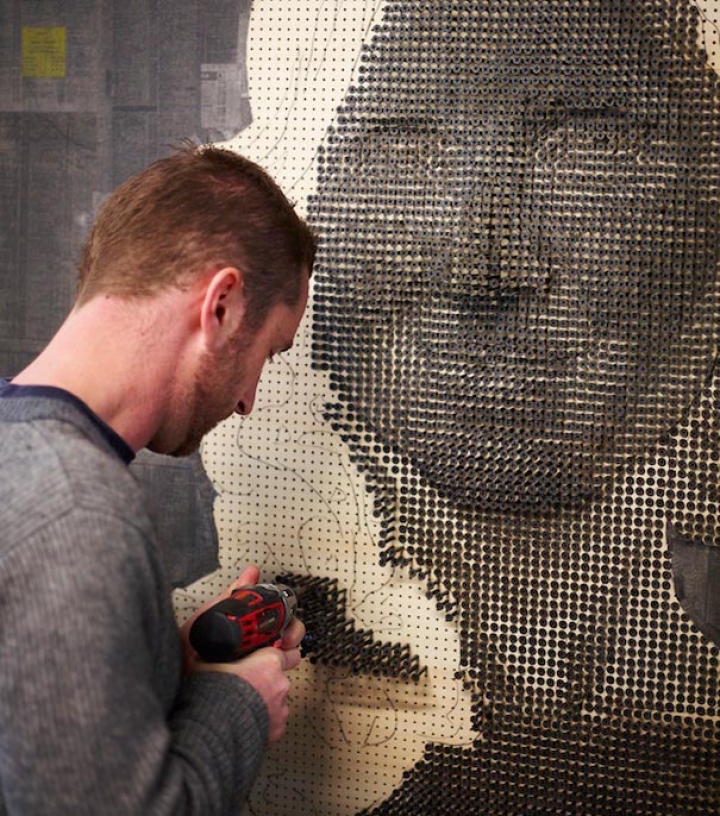 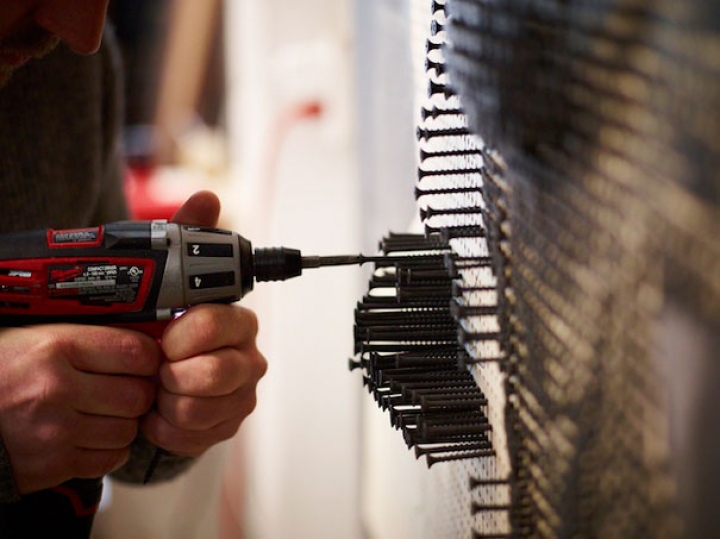