The Alchemists The exhibition at the Milan Design Week 2015 it has been modified: 2022-06-03 di Benedetto Fiori

The Alchemists exhibition took place during the Milan Design Week at the Triennale.

15 new talent from Singapore explore the magic of design through the mirror of a new alchemy: a selection of tools and objects inspired by the alchemical process of transformation of materials such as lead into gold.

The title of the exhibition “The Alchemists” is an explicit reference to the Italian movement of the 70s Alchemy Studio, within which the pieces of experimental design are expressed in a formal and creative language that has challenged the status quo. It was a radical design movement that pushed the boundaries of design and changed the global design landscape for the future.

The title is also intended to convey an apparently magical element, or role, that exists in the act of drawing or creating. The alchemist of yesteryear devoted his life to the transformation of materials, from the ordinary to the precious, most commonly from metal to gold.

The starting point for the “The Alchemists” project was “the designer as an alchemist: what can be designed by applying the transformation process?” “The Alchemists” is curated by Italian writer, publisher and designer Stefano Casciani and co-curated by designer Patrick Chia who is also the founding director of Singapore's Design Incubation Center.

A new generation of Singapore designers have embarked on creative research through design on language, mythologies, and philosophies of transformation of matter. “Different materials and techniques have been explored, from laser sintering nylon to casting resin, from coloring ceramic to printing acrylic fabrics. However, the intent of the exhibition is not only to show surprising production technologies, but also to develop a more contemporary attitude in designing in the global context ”, said Casciani, Italian curator of the exhibition.

“By selecting designers who vary in age and experience, the exhibition offers a reflection on the current state of design from a Singapore perspective. And more importantly, this project hopes to serve as a starting point for greater dialogue and collaboration between this group of designers and for future generations of designers, ”comments Chia.
The exhibition “The Alchemists” is the result of a series of lectures and workshops. The design prototypes will be exhibited for 6 days at the Milan Triennale. The project is organized by Industry + with the support of the DesignSingapore Council. 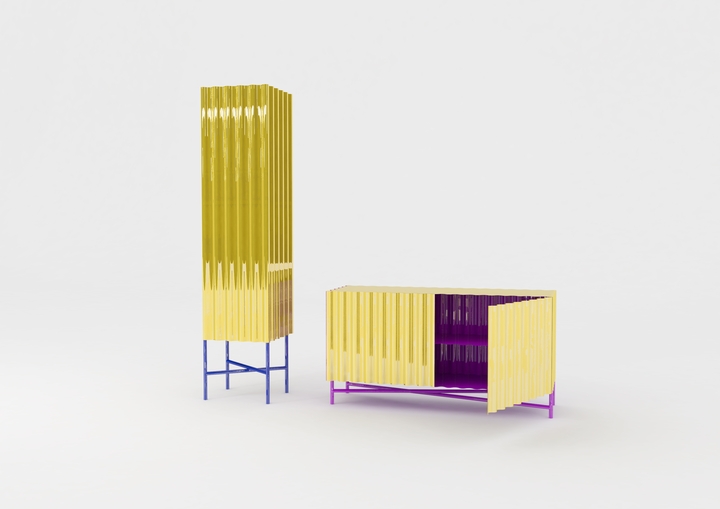 Drawing inspiration from the laminates used by the Studio Alchemy between the years 70 and 80, Lanzavecchia + Wai using a chrome casing in gold and purple tones, applied to simple containers made of corrugated steel sheets.
Thus, the perception of the value of the object increases, at the same time revealing its humble material of origin: the corrugation not only gives structural resistance to the sheet, but also maximizes the surface for the application of car wrapping, metallized vinyl that can be laser printed, cut and texturized: the concept can be assimilated to car tuning, the technique used to cover car bodies with textured colored vinyl bands, which can be customized according to the owner's fantasies, giving life to objects / sculptures with Pop suggestions .

Fool's Gold (fool's gold) is the popular English name for pyrite, a mineral with golden reflections but also one of the basic materials preferred by some alchemists to attempt the creation of gold. 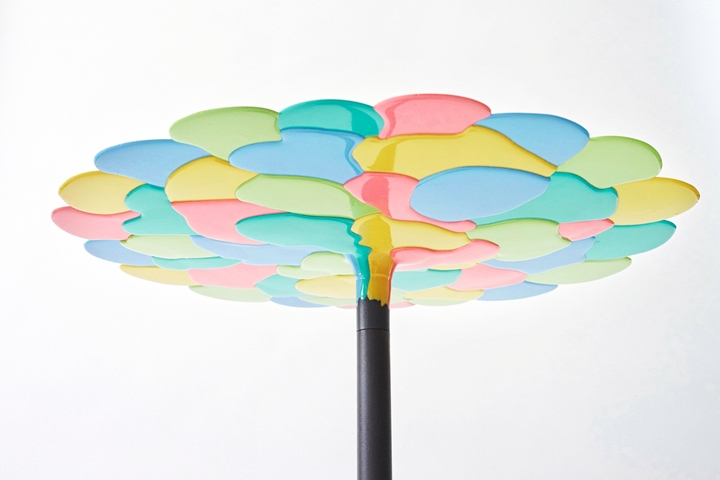 In this case, the table top is made upside down by pouring the resin that forms the surface of the top itself. The shape and size of the different “pools” of color are the result of the gravity and tension of the resin, of which each casting
It is realized individually, without using any mold.

Of the laminate resin curing time it is precisely controlled, so as not to mix a splash of color with the adjacent one and give the top multi-color composition, completely innovative for the infinite possibilities of formal and chromatic variations. 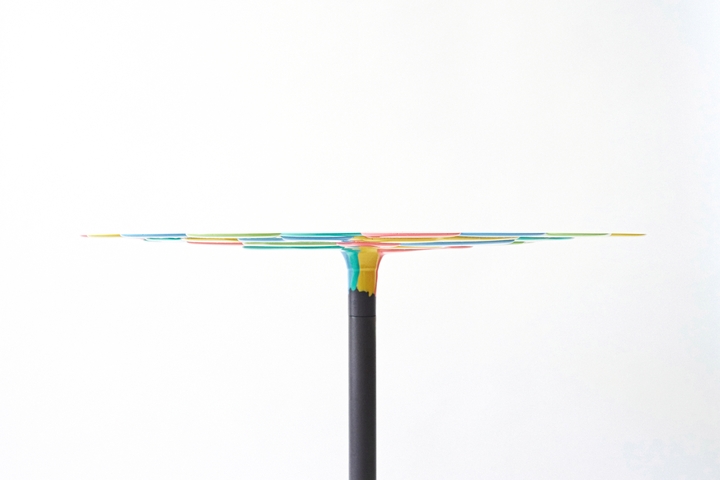 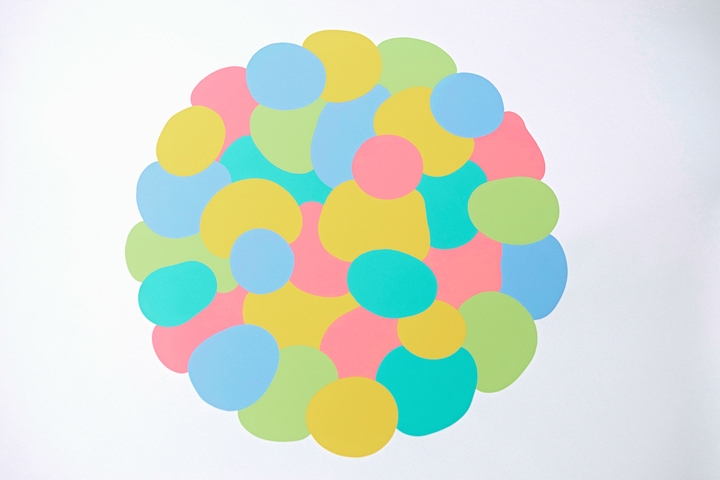 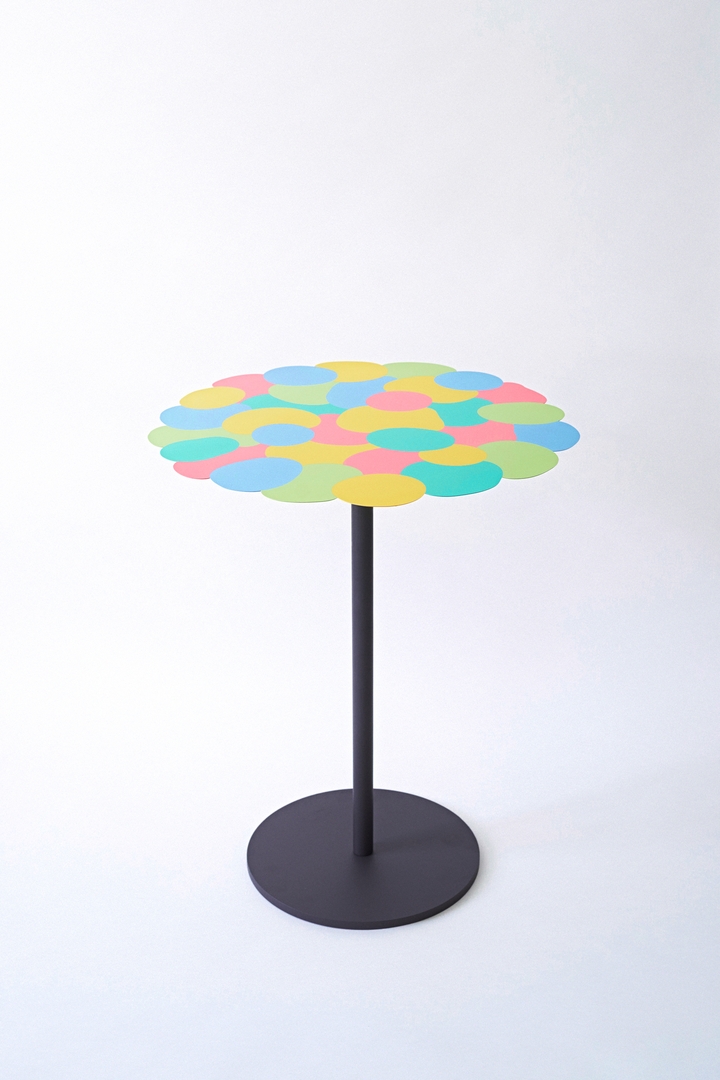 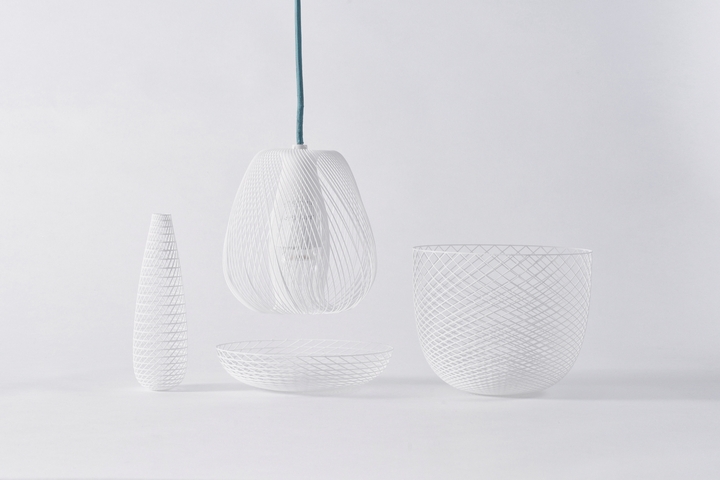 The MATr series comes from long studies for the creative optimization of 3D printing techniques. Starting from structural plots that can only be achieved with these techniques, we obtain a series of four functional elements made in a single production cycle: a basket, a bowl, a vase and a lampshade.

Laser sintering allows the creation of extremely free shapes, but the same freedom to push the limits of the objects thus produced to the extreme leads to the creation of shapes that are too fragile to survive the printing process and the subsequent
extracting from the printer.

MATr redefines the support structures that make these forms possible, making them in turn become products in their own right, which together give life to an "object within an object": one of the most advanced molding technologies today also evokes memory of certain decorative objects of the oriental artisan tradition, articulated in several levels obtained from a single block of starting material. 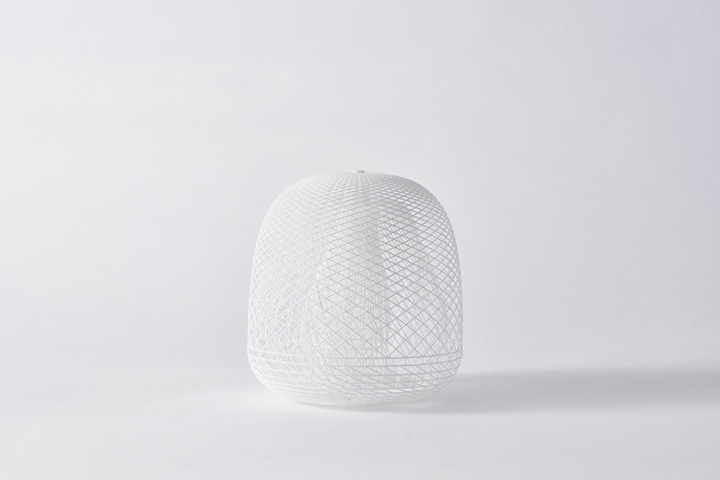 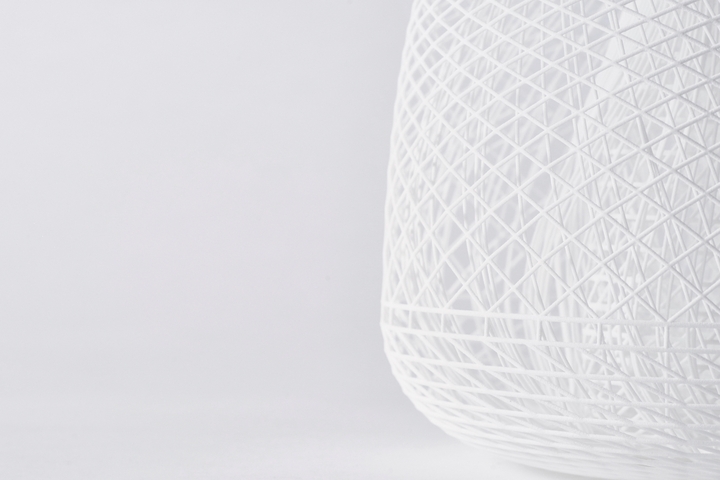 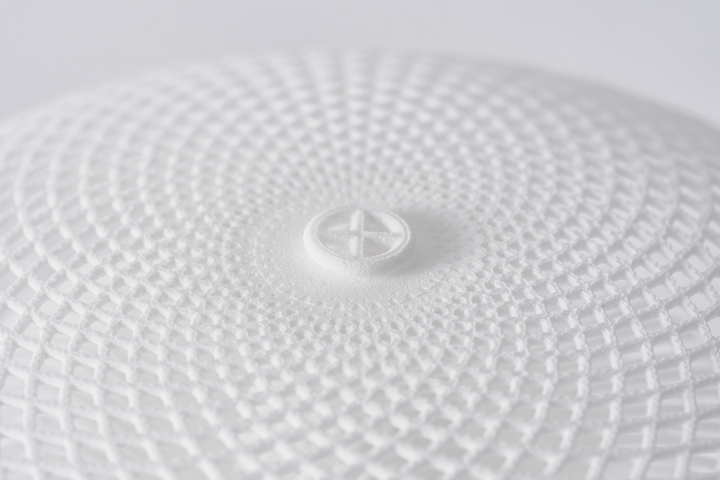 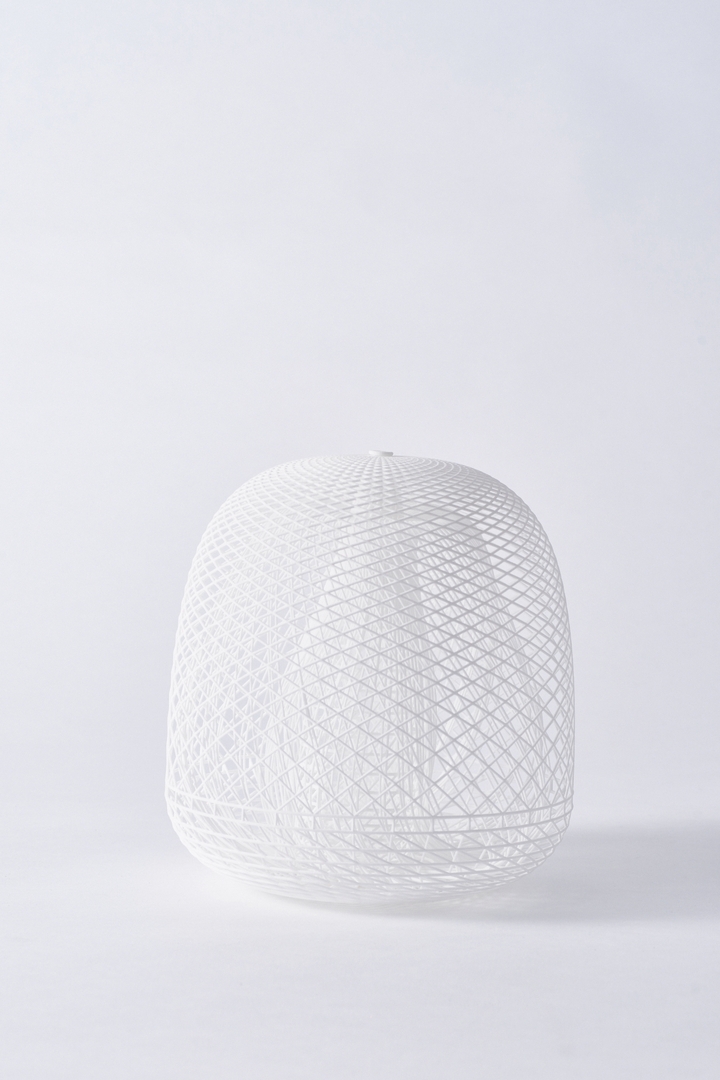 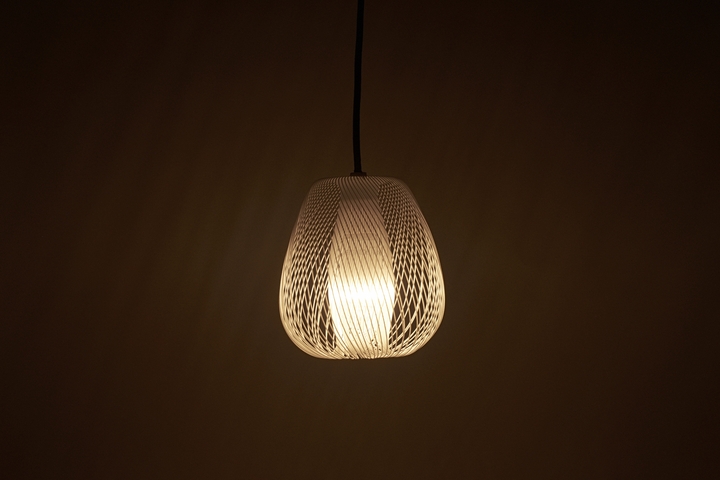 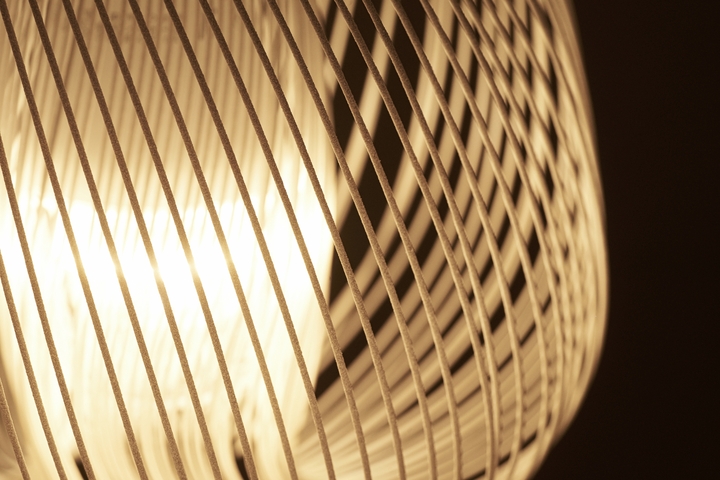 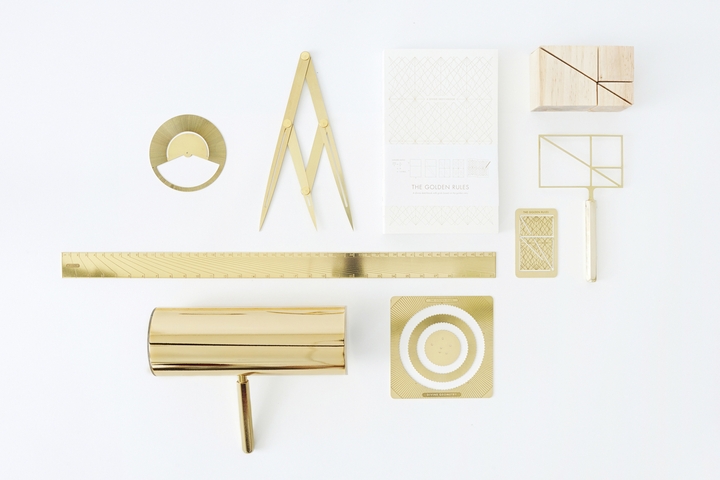 "Instruments of Beauty: Divine Tools" is a collection of sophisticated drawing tools that personify the human aspiration to beauty and patterns of meaning in the world. Just as the alchemist pursued enlightenment through the quest for immortality, the ancient Greeks sought the divine in the correlation between mathematics, science and arts. They believed that the gods could be found in the golden section, an ancient geometrical relationship as the spiral of the Nautilus shell and propagated always in iconic artifacts.

This set of accessories that follow the golden ratio represents the convergence of disciplines (mathematics, engineering, art) and ideals (spirituality, technology) and the promise of eternity through the perennial and universal beauty. These tools invoke the mysterious force that encodes a universe with an innate sense of proportion. The nine tools apply the principles of the golden section through different formats and functions, each tool is designed to facilitate the use and discovery of the divine proportion in new or existing jobs. 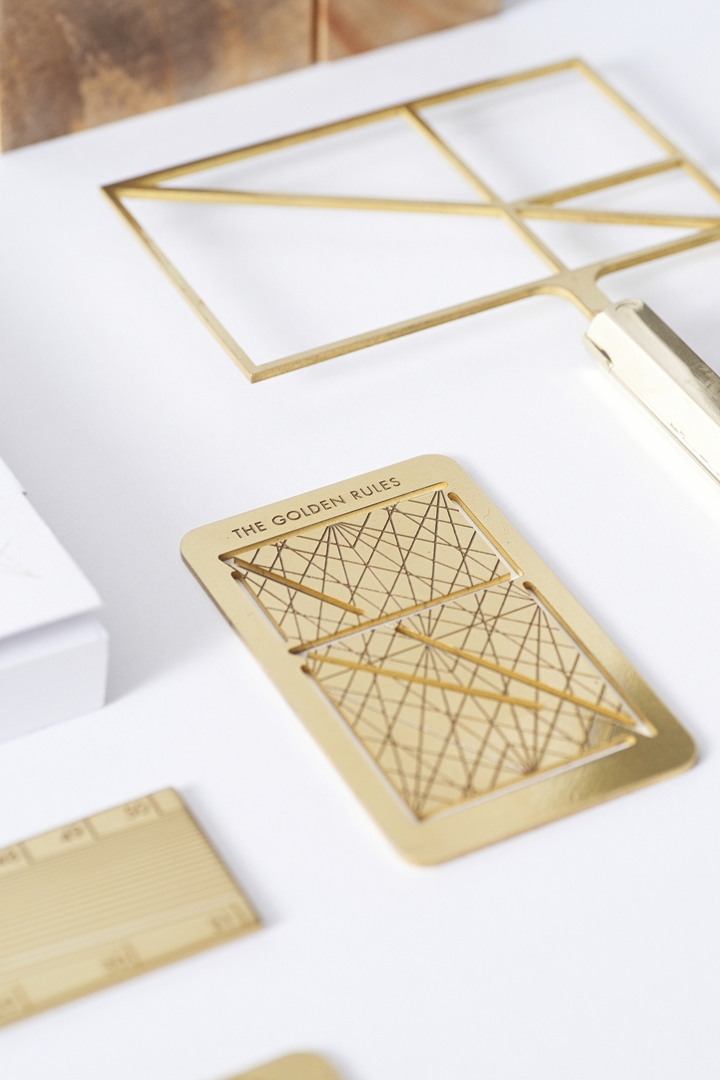 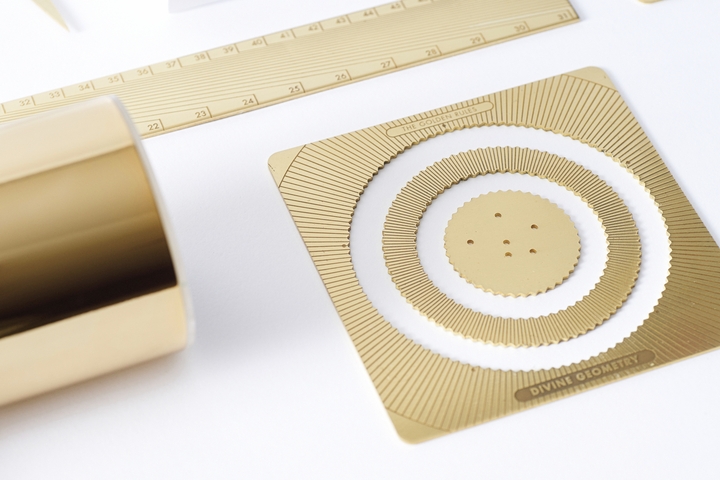 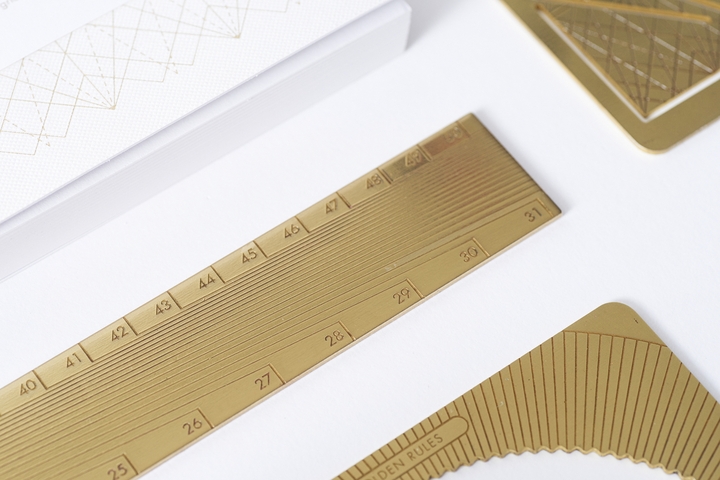 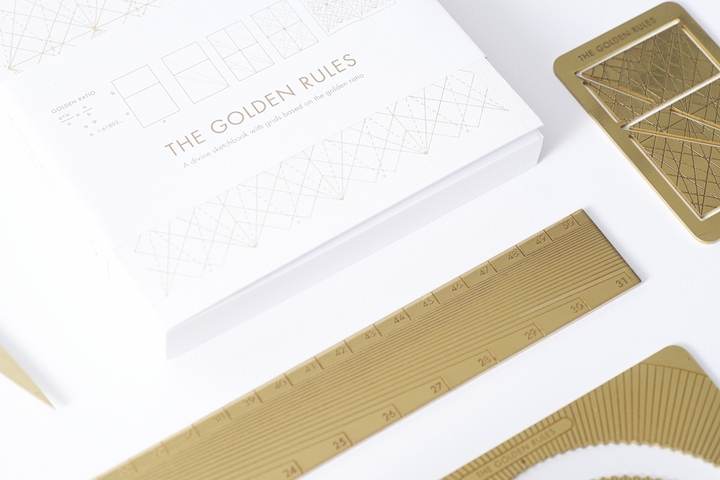 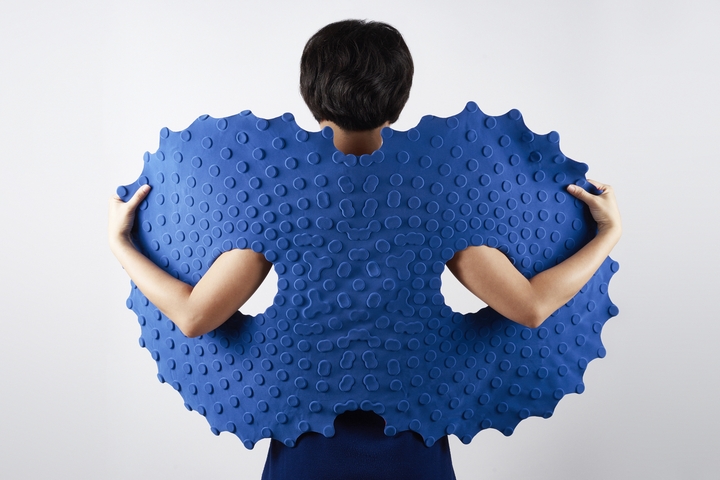 "Textile Transmutations" is the creation of three-dimensional textile forms. The project uses a heat control technology and modifies it to suit small-scale productions. acrylic molds are designed to increase the form of polyester fabric, obtaining a rich texture that flows throughout the material.

The 3D tissues are cut following the trend of circular pattern composed of "dots" that are repeated with three-dimensional concentric shape, giving strut-tural strength and resistance to stress in shapes modeled on the size of the body.

The shapes thus obtained can be worn as “clothes” of strong gestural and symbolic value, which emphasize the presence of the human figure - often neglected - in the general scenario of living and of the objects necessary for it. 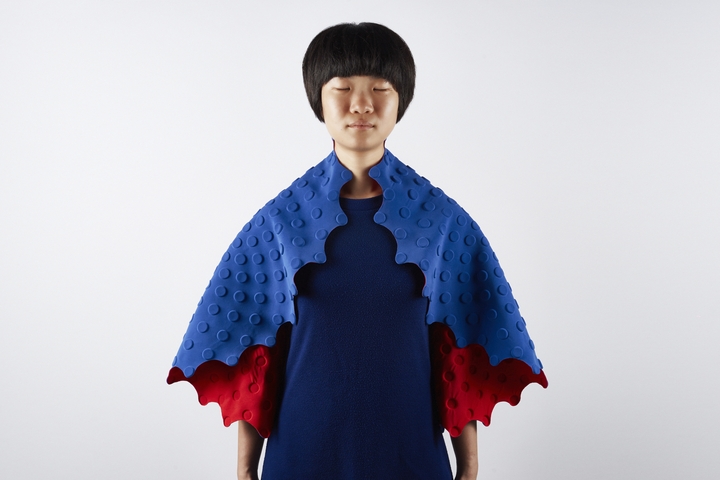 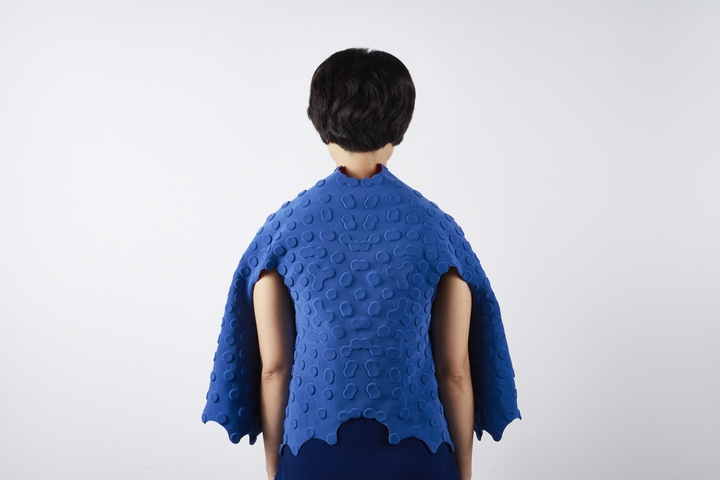 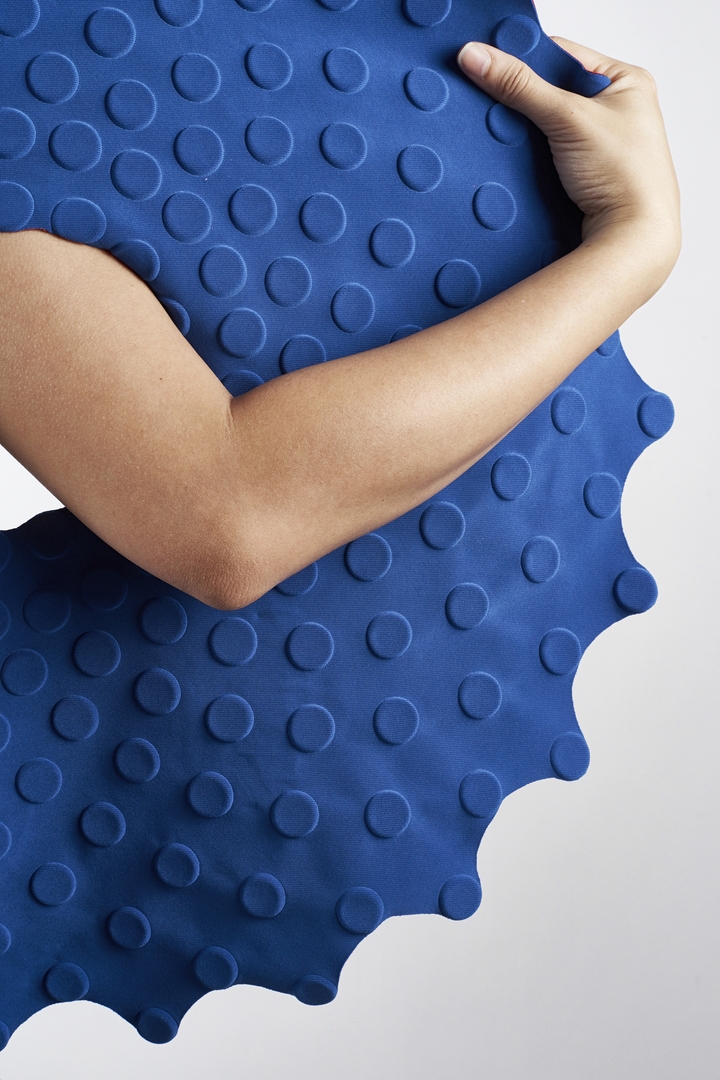 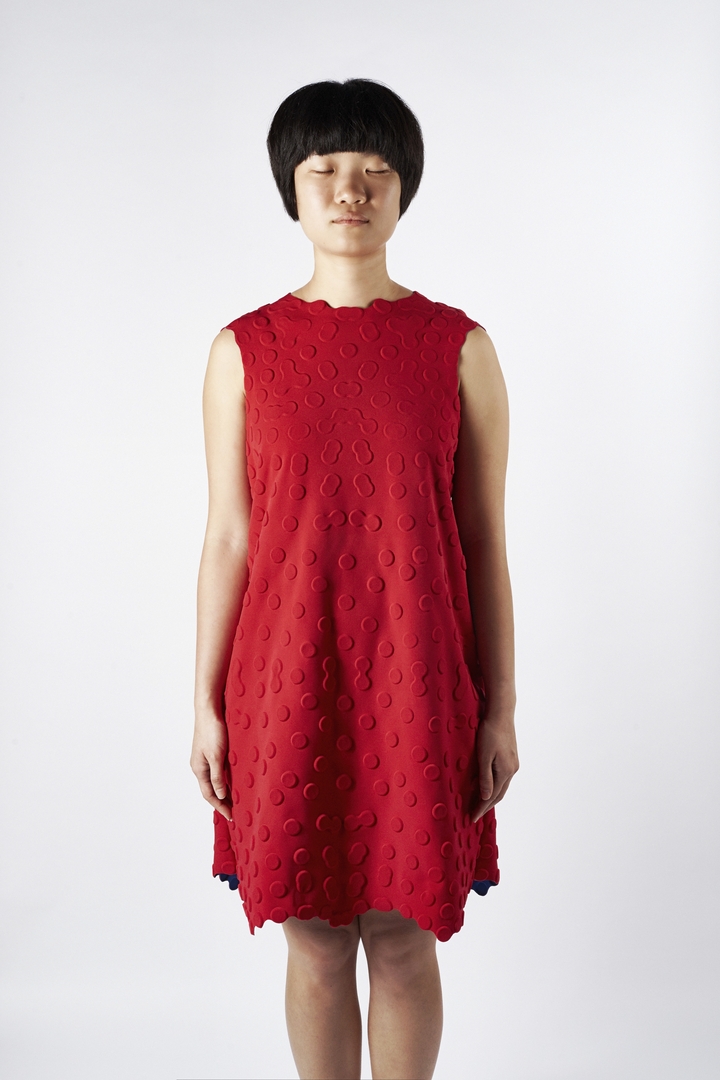 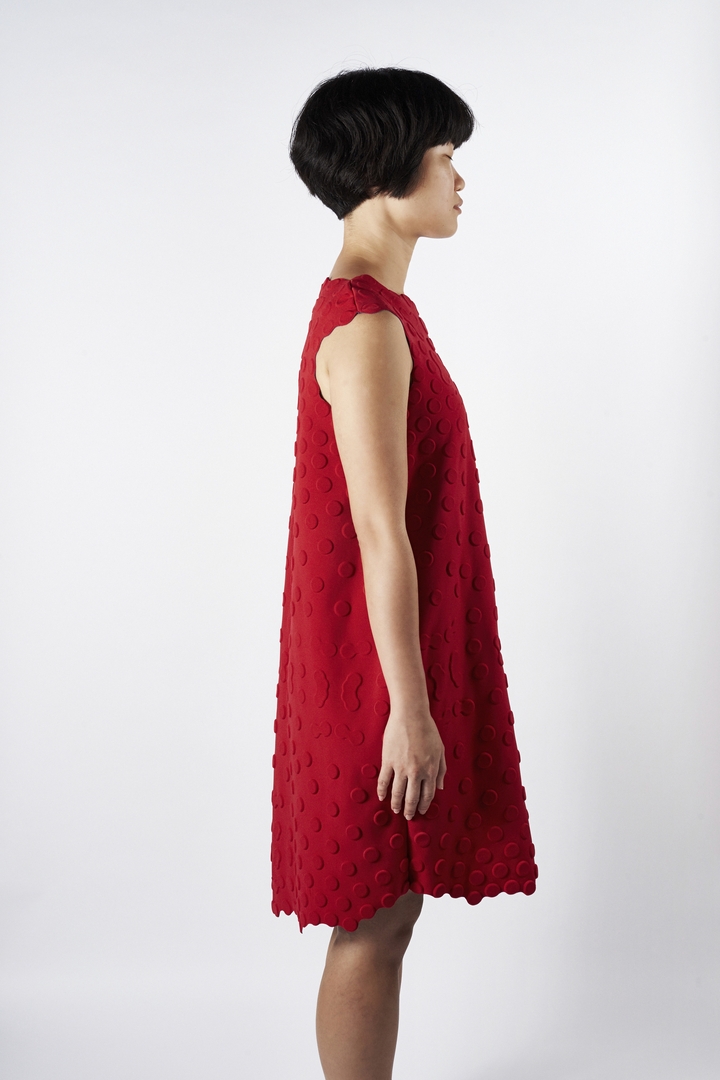 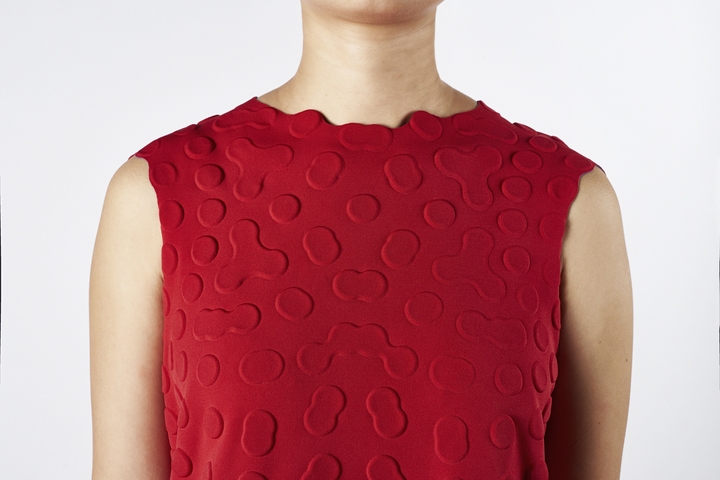 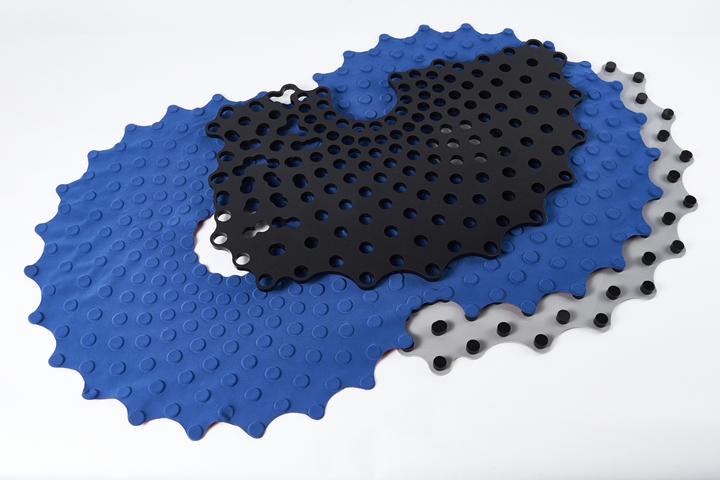