Fuorisalone 2015 awarded the winners of the Cristalplant Design Contest 2015 it has been modified: 2015-07-03 di Benedict Flowers

It was held at the showroom during Fuorisalone Antoniolupi 2015 the award ceremony Cristalplant Design Contest 2015, Edition that saw the collaboration of Cristalplant own with Antoniolupi.

For this year's contest there were two design categories for as many age targets, on the one hand the “Young Designers”, on the other the “Senior Designers”. A winner was defined for each group.

For the category senior designers, the jury awarded first prize to Cosetta Muggianu which came up with the “Lunetta” project. Cosetta was born in 1977 in a small coastal town in Sardinia. She began her artistic activity at a young age, as a self-taught portraitist and decorator. Over the years she continues to experiment with new compositions with different materials, in particular metal, influenced by the blacksmith's workshop alongside which she grew up.

After completing his high school studies, he enrolled in the Faculty of Architecture at the Milan Polytechnic and obtained his specialist degree in 2004. During the Milanese experience, together with his passion for architecture, he also cultivated that for design. In fact, he believes that the two disciplines are naturally complementary and considers their works first of all artistic facts. For a long time he worked in a metalworking workshop, where he designed and manufactured some furnishing accessories in sheet steel.

In recent years he has collaborated with several architectural firms dealing with residential projects and interior design. He currently lives and works in Milan in his home-laboratory, which it shares with other artists and architects.

The project he presented and with which he won the seventh edition of the Cristalplant Design Contest is called "Lunetta". It is a bathtub whose design has been modeled on the dual function it can perform: that of a bathtub, in fact, or a shower. The size and the sculptural shape favor its free placement within environments of any size. The different curves of the profile suggest a comfortable entrance and an enveloping seat. The original geometry, ovoid, pure, is molded, emptied, manipulated, until it is hidden to assume the profile of a shell with a sinuous asymmetrical line which, depending on the point of view, recalls the phases of the moon. A small moon, therefore, emphasized by the material and velvety whiteness of Cristalplant Biobased, the material of which “Lunetta” is made. The product will be included in the 2016 catalog of Antoniolupi, a partner company of the contest. 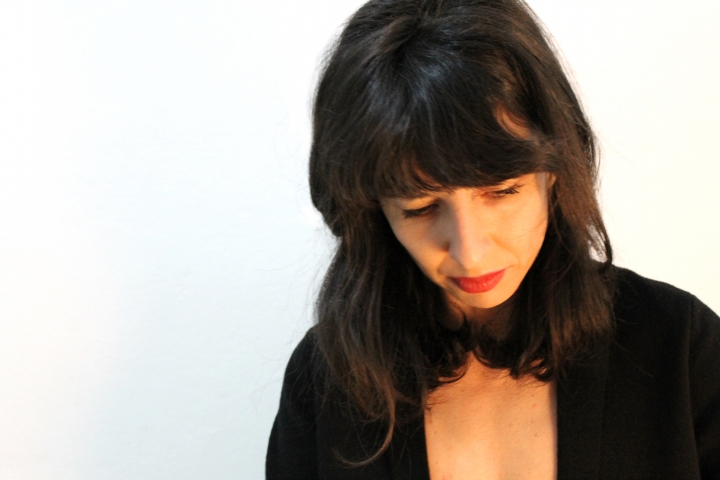 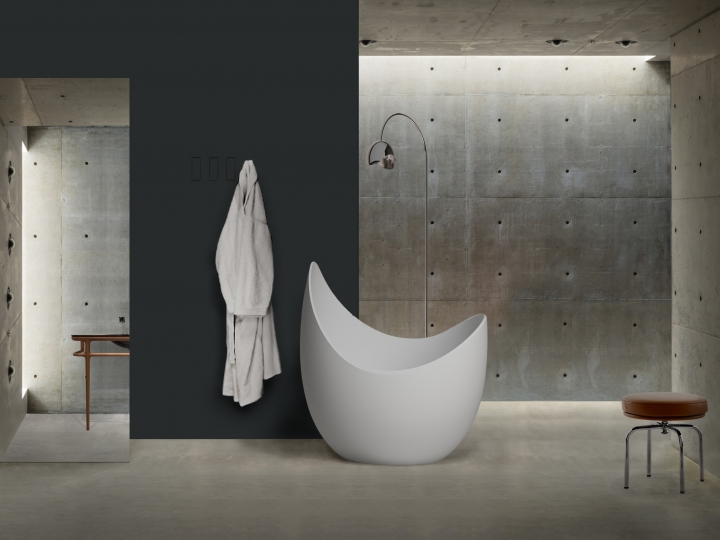 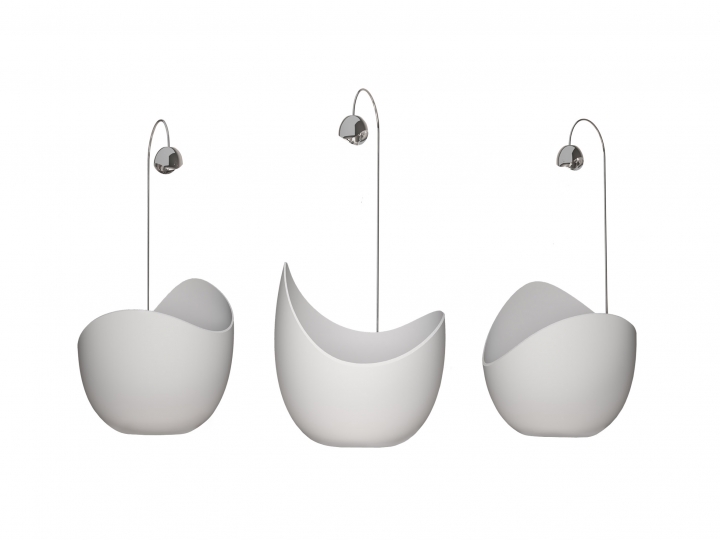 Leonardo Mercury instead he is the winner of the junior designer category with the Fe-Man project. Born in Bari in 1985. He immediately felt the need, innate, spontaneous and sometimes atypical, to express his creativity and to represent his ideas in images. For this, he chooses to first attend the State Institute of Art of Bari, Pino Pascali, and then to move to Milan. Inspired by the urban and social context, in 2011 he obtained a degree in "Artistic design for business" at the Brera Academy of Fine Arts with full marks. Attracted by the Japanese minimalist style, he began his professional experience with the “Studio ITO Design” and collaborated with companies such as Guzzini, Lavazza, Desiree, Lago, Fiam Italia, Reggiani etc. After four years he becomes supervisor of the studio of Setsu and Shinobu ITO, his two great masters.

The sinuous lines of Fe-Man represent the union of two different entities: the female and the male. Two complementary figures that harmonize with each other, creating a minimalist sculptural object. The interpretation of the washbasin in space is free, depending on the point of view from which it is observed and positioned. The functionality of Fe-Man is expressed by the material with which it was made: the Cristalplant Biobased. The Fe-Man project won the first prize at the 2015 Cristalplant Design Contest, for the “Junior” category.

It will therefore be included in the catalog of 2016 Antoniolupi, company partner of the contest. 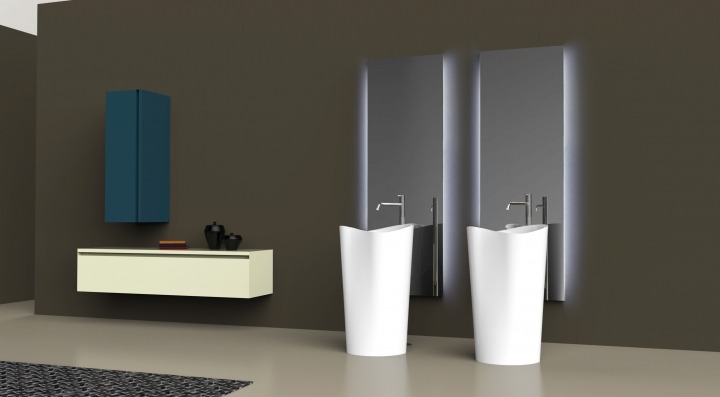 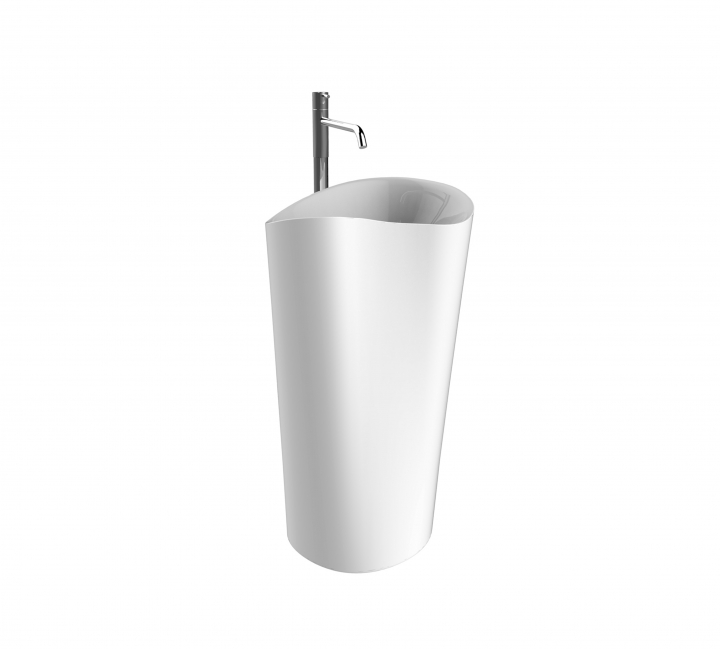 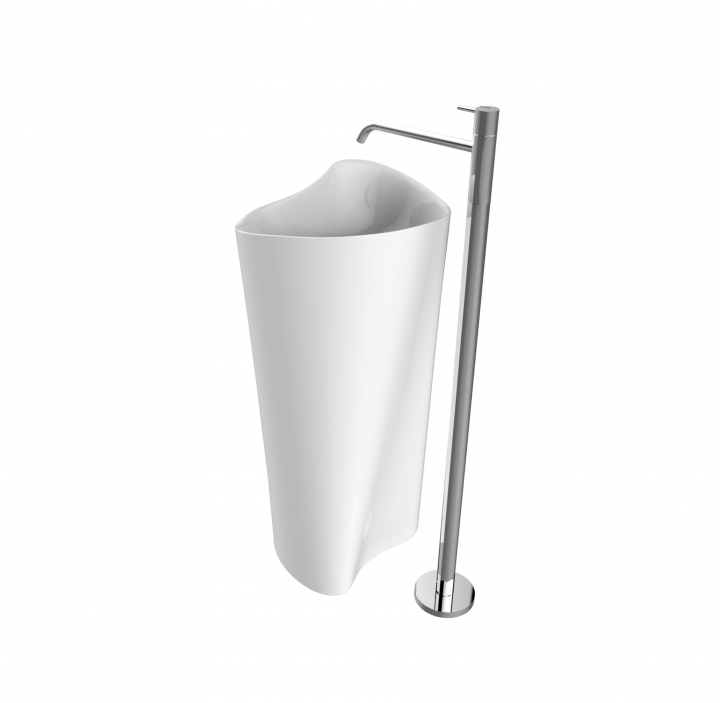 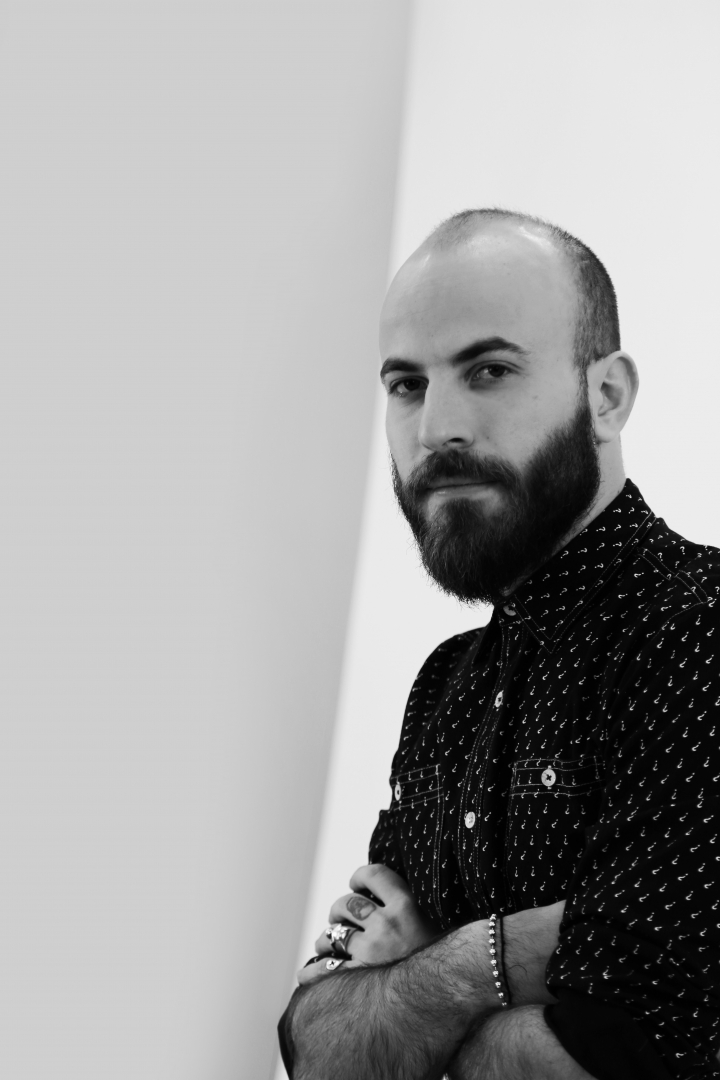 Roberto Marino Cicchinè and Breccia, with the project Metrolineare, and Angelo Milano with Mameli, have instead received the special jury mention. 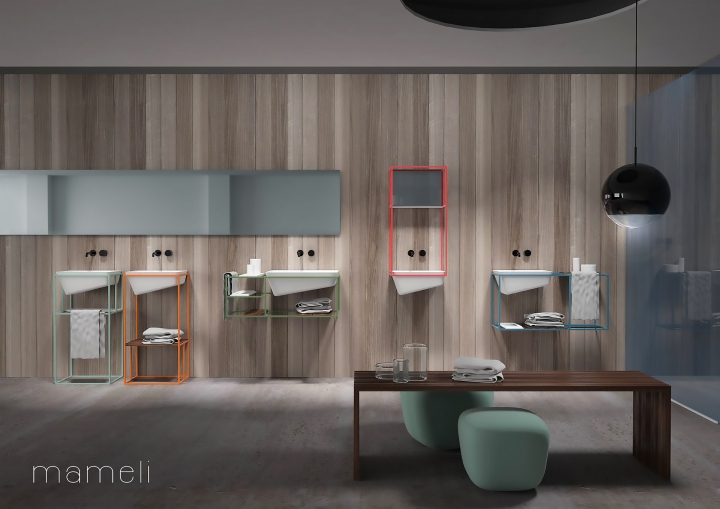 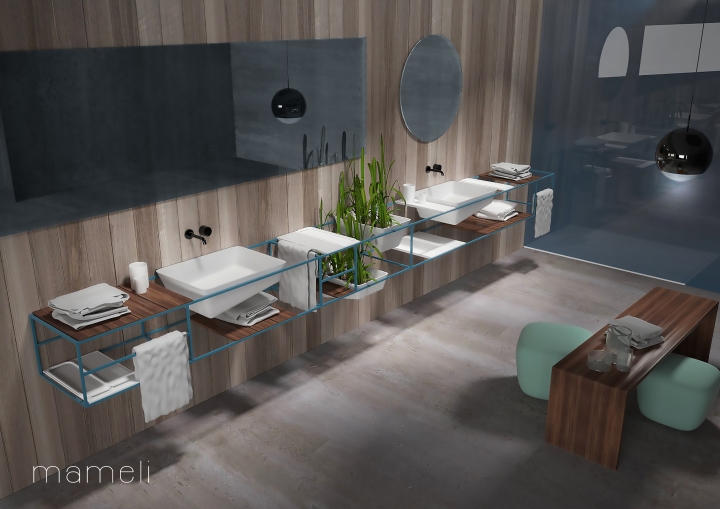 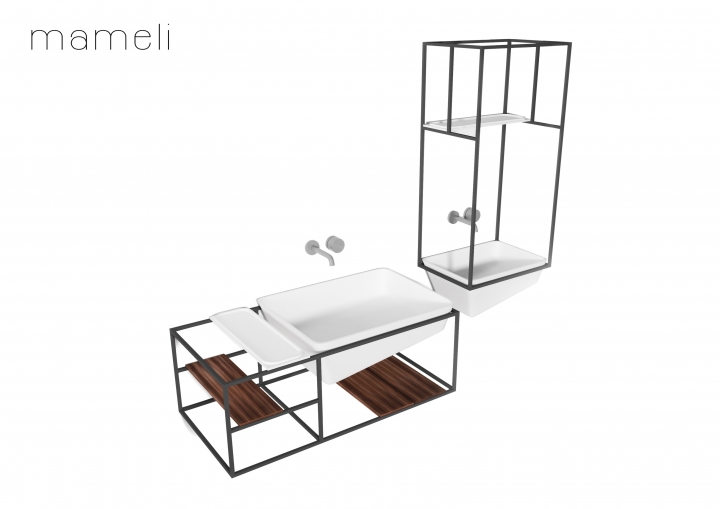 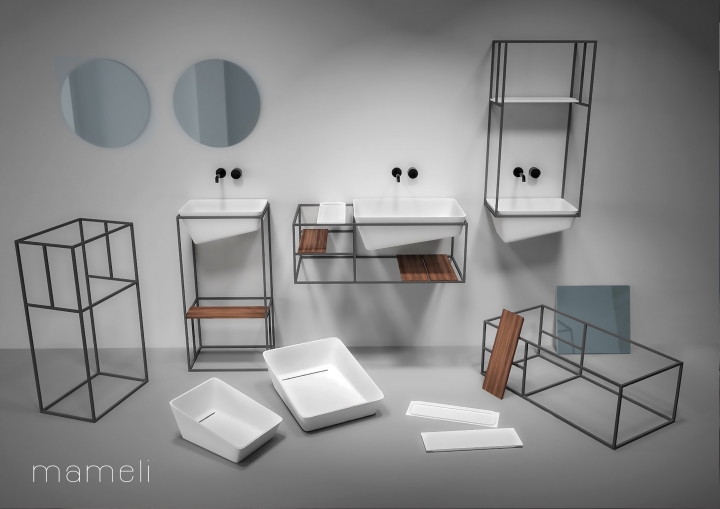 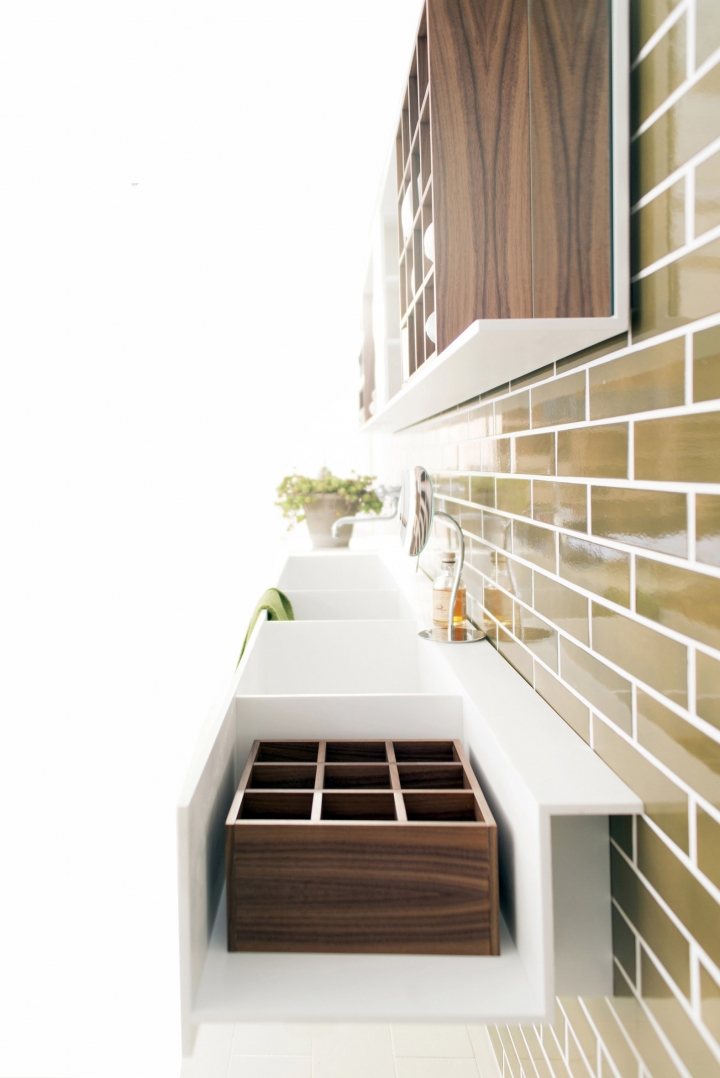 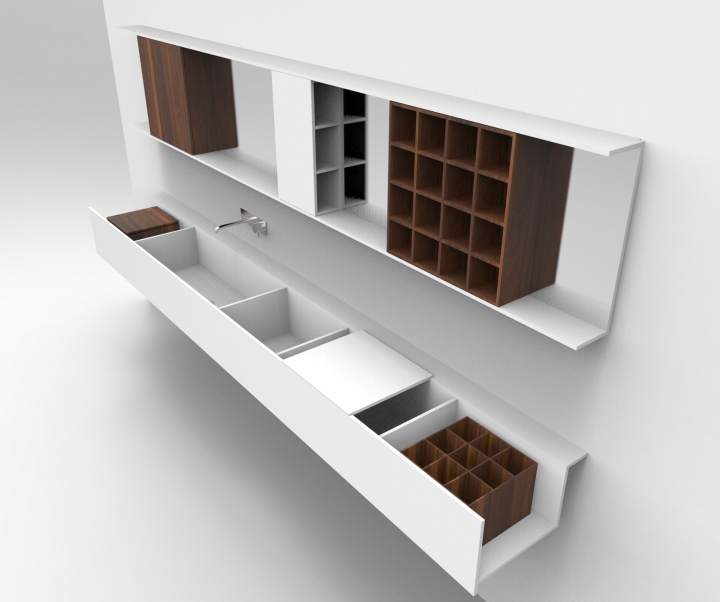 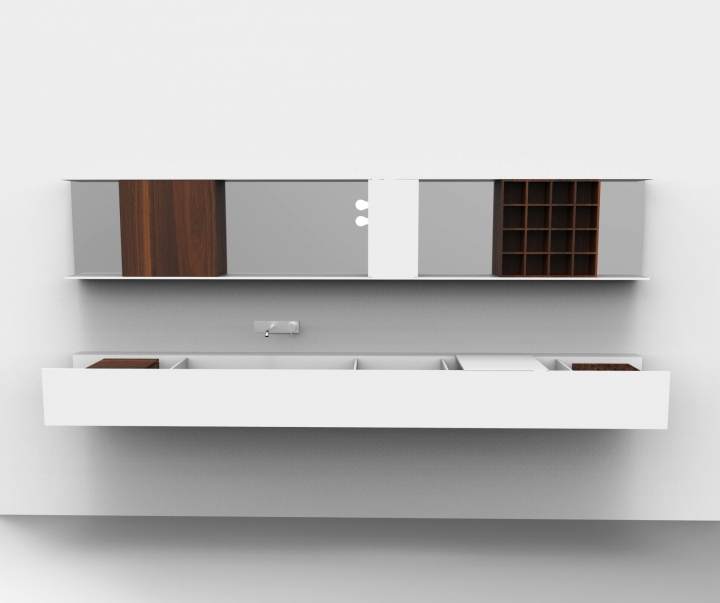 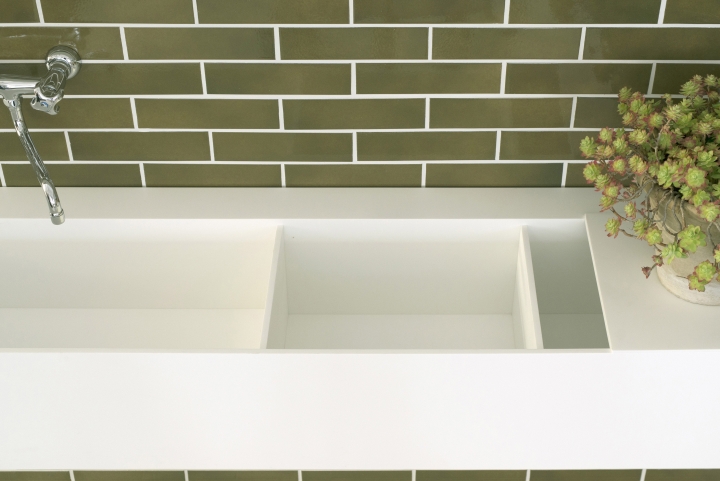 The winning projects were presented in preview at the Salone del Mobile in Milan showroom of Antoniolupi, in port Tenaglia, last 15 April.