Icon of industrial design for almost a century, the A56 Tolix chair went through eras and styles to become a classic written in the collective memory, a "living heritage" that illustrates the art of French living 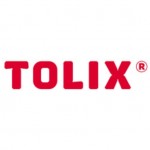 Icon of industrial design for almost a century, the chair of A56 Tolix went through periods and styles to become a classic written in the collective memory, a "living heritage" that illustrates the art of French living ... Incarnation of the modern style of the years 30- 50, the chair A56 has set for its solidity and its great lightness. Stackable, perfectly meets the needs of rationalization of space. Its refined aesthetics and its great features introduced her to a distinguished career of success: on board the ocean liner Normandie in 1935, the chair Tolix also populates the spaces Exposition Internationale des Arts et Techniques in 1937 and several terraces coffee before entering in the privacy of years' 50. Symbolic and democratic, the metal chair Tolix marks a significant milestone in the history of design. All credit goes to its designer Xavier Pauchard that used for the first time pressed steel and zinc for the production of mass-produced furniture. The seats Tolix become the first French industrial seats. Today, the company has acquired high-performance digital cameras that accompany many manual tasks and the tools inherited from history. Each chair comes out dall'atelier is unique and signature Tolix is ​​etched in the metal. E 'with genuine recognition that Tolix received in 2006, the label of "Company of Living Heritage" awarded by the Ministry of Economy, Finance and Industry. Made of sheet steel with raw varnish brilliant, this armchair A56 not galvanized and can not be used outdoors. For indoor / outdoor use, it is necessary to focus on the model galvanized with transparent varnish. In this version with transparent varnish, the bonding points are deliberately visible to communicate idea artisan and highlight the aesthetics of the crude product. Only internal - Stackable