FLUX, clock made of painted metal with battery-powered quartz movement. Choice of colors between white, black and fluorescent red. 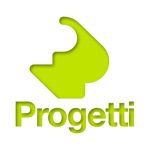 FLUX, clock made of painted metal with battery-powered quartz movement. Choice of colors between white, black and fluorescent red. Design by Karim Rashid Karim Rashid is a leading figure in product, interior, fashion, furniture, lighting and art design. Born in Cairo, half Egyptian, half English and raised in Canada, Karim now works in New York. He is known for his “democratic” design and for bringing design attention to the mass audience. Designed for an impressive list of clients, from Umbra to Prada, from Miyake to Method, Karim is radically changing the aesthetics of product design and the very nature of consumer products. To date, it has about 2000 objects in production and has successfully entered the world of architecture and interiors, as highlighted in the design of the Morimomoto restaurant in Philadelphia and the Semiramis hotel in Athens which just won the Sleep05 European Hotel Design Award. Karim received Honorary Doctorate in Fine Arts from Corcoran College of Art Design in DC Other honors include: 2004 AD Dunton Alumni Award of Distinction from the university where he graduated, ID Magazine Annual Design Review Best of Category for 2002 , and in 2003 the award for the best shop in the USA. His works are present in 14 permanent collections in museums around the world, including MoMA and SFMoMA, and he currently exhibits in several galleries. Karim has also been Professor of Industrial Design for 10 years and still gives lectures and conferences in various universities around the world. Produced by Progetti Srl and entirely Made in Italy.