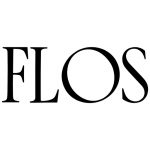 Provocative, symbolic, controversial and subversive, the Guns de Philippe Starck lamp collection denounces the firearms trade and the warmongering greed of the modern world. Willingly bling bling, the precious chrome or 18-karat gold finish, show the collusion between money and war. Gold symbolizes the enrichment of states through the sale of weapons. The bases of these lamps represent three models of firearms. Each model denounces the responsibility of a part of the globe involved in the arms trade: the Beretta shows the responsibility of Western Europe, the Kalashnikov of Eastern Europe and the M16 of the United States. The abat-jour whose interior is silk-screened with crosses is the symbol of death spread throughout the world by firearms. Thanks to their presence in our daily environments, these lamps remind our consciences that "if we live well it is because someone else dies". “An authentic work of art with a politically committed design, the Gun lamp is part of the collection of the Georges-Pompidou Museum of Modern Art in Paris. Part of the proceeds from the Guns collection goes to the Frère des Hommes Europe association which fights against poverty in the world. Philippe Starck: '' Today we kill religiously. militarily, civilly, sometimes very civilly, out of ambition, out of greed, for pleasure, for the spectacle. The republics are banana companies, our authorities are tyrants. Created, manufactured, sold, bought, used, our new icons are weapons. Our lives aren't worth a cartridge. The "Guns" collection is just a sign of the times. We have the symbols we deserve. The base represents a Kalashnikov (denounces the responsibility of Eastern European countries in the firearms trade) - Interior of the lampshade screen printed with crosses, symbol of death caused by weapons - 20% of the profits donated to the Frère des Hommes Europe association - Part of the collection of the Georges-Pompidou Museum of Modern Art, Paris - Bulb (not supplied): 1 x MAX 205W E27 HSGS or 1 LED 21W E27 2450lm- Dimmer on the cable - Direct and ambient light