Home » News » design News » The bikinis and women: a more than century-old history.

The bikinis and women: a more than century-old history. it has been modified: ‭2015-05-03 di Greta Lomaestro

Swimsuit, bikini or full, is now a real passion for women and for all the designers, making it the subject of their creations Design, dedicating themed parades.

You can also buy them online, such as on-site www.venditalingerie.it which offers many variants, suited to every taste.

But not always been so, the swimsuit has not always had this focus and its use has often been influenced by the attitude toward nudity and putting on display of the female body, not always considered socially acceptable.

Roman times it was used a garment much like the bikini, but it was not designed for swimming or sunbathing, but for the sport. This use is also shown in the works of art of that time, it is a case in the mosaic of the third century. AD with the "bikini girls" kept in the Villa Romana del Casale in Enna.

It was not until many centuries, however, before a woman to wear a garment specially designed for swimming in the sea.

It was the 1824 when Maria Carolina of Berry, wife of Carlo Ferdinando of Bourbon, gave scandal by wearing a wool suit for his days at sea. Although today a dress like that for the sea seems to say the least stuffy, at the time an outfit like that caused a sensation. In fact, women could only soak your feet in the water, do not immerse themselves 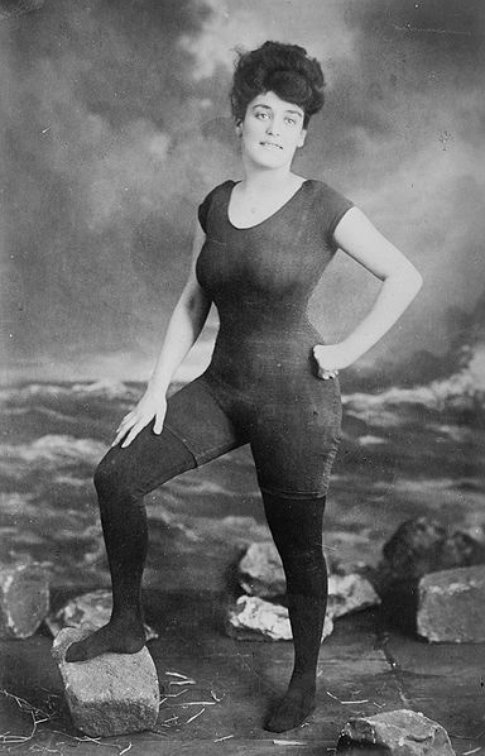 It was from 1870 that women began to bathe in public, using clothes definitely lighter than those worn in everyday life, but always very opaque and with skirt. The problem was not only the exposure of the body but also the danger of tanning: according to the aesthetic of the time noble women had to have a porcelain complexion, which distinguished them from the common people.

The real progress towards the modern swimsuit are accomplished during the twentieth century: this fact becomes a tunic paired with a pair of tight pants and gradually begin to discover arms and calves. Over the years, women begin to experience models shorts shorter and wider necklines on the back. Thanks to the revolution towards the emancipation of women carried out by fashion and designers like Chanel, some women begin to like the color amber taken from the skin after sun exposure. 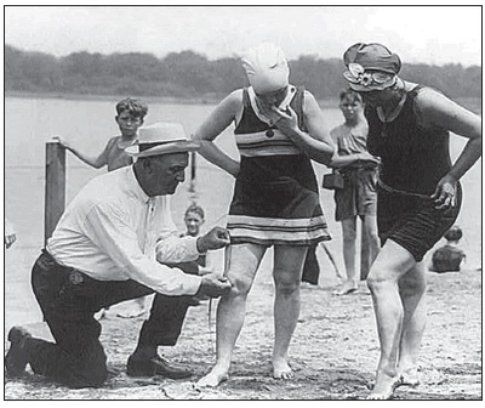 It was during the Second World War, also because of the desire and pursuit of frivolity and freedom, that women began to feel comfortable in showing their curves and to live peacefully their physicality. It was also a time in history when the struggle to feminism It grew louder and began to achieve great goals. 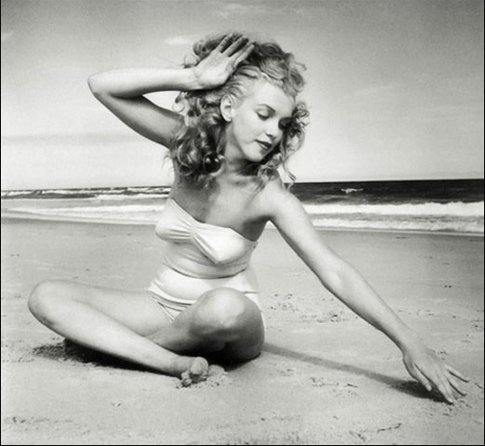 So in 1946 the designer Louis Réard proposes the first two pieces of the history of fashion, succinct and to the times that even dared to show the navel. In the same year the United States conducted nuclear tests on the atoll of Bikini, an event that caused such a stir as the new model of female swimsuit, so that from that moment he began to be associated with the name of the remote atoll of the Marshall Islands .

In the decades since the swimsuit was declined in a myriad of shapes, different colors and patterns, making it the object of real design creations.