Chiara Pacifici, Italian designer, has developed 'odi', in collaboration with the Ranocchia Terrecotte studio in Ripabianca. The interactive object is intended to be used in public spaces such as parks or squares, to create impact among users. It arises from the desire to

connecting human activity with nature and its range of noises, 'ODI' is a project that borders on sound design, communication and art installation. The simple conical shapes, made entirely of terracotta, act as a set of enlarged ears. Users lie on their backs with their heads between the set of cones to hear the sounds around them. It uses resonance, the sine wave output device, spreads and oscillates the sound in the ears of the listener. 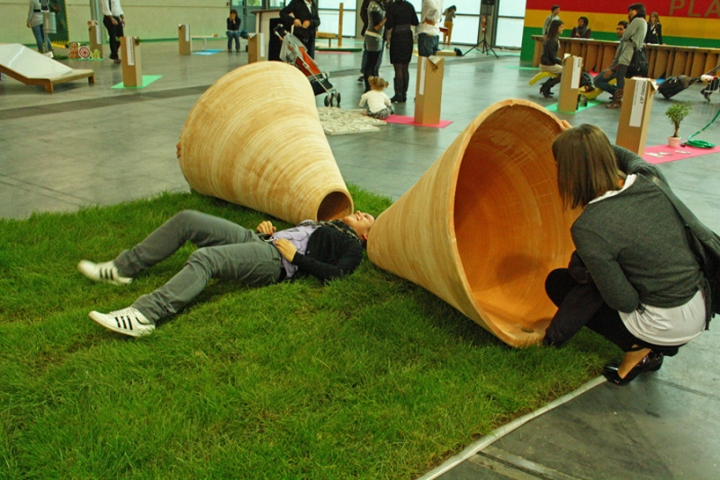 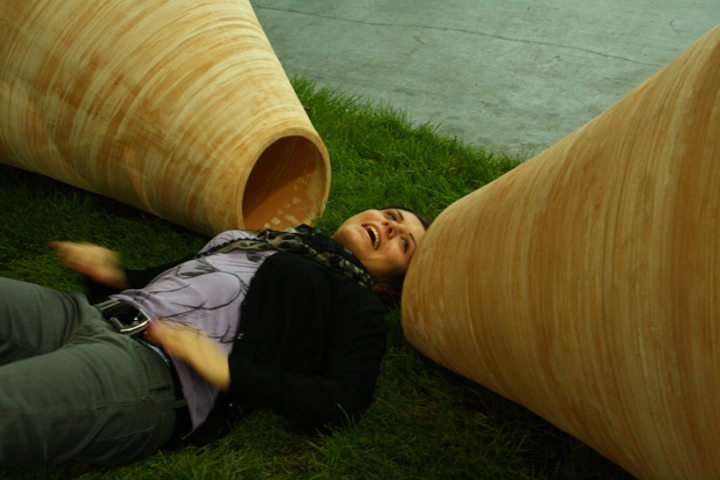 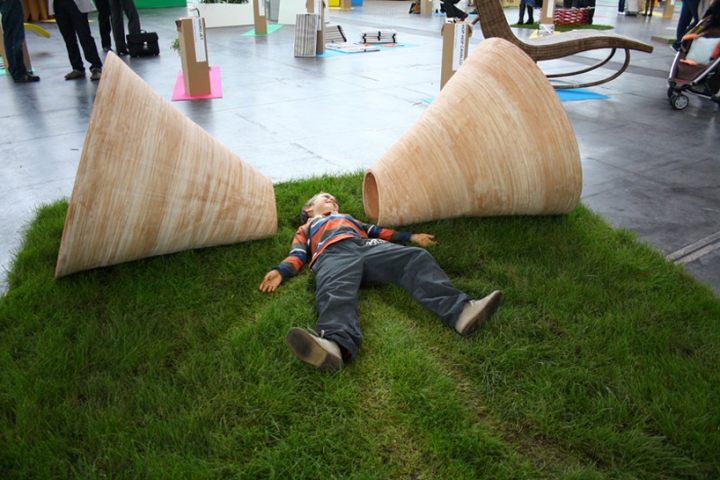 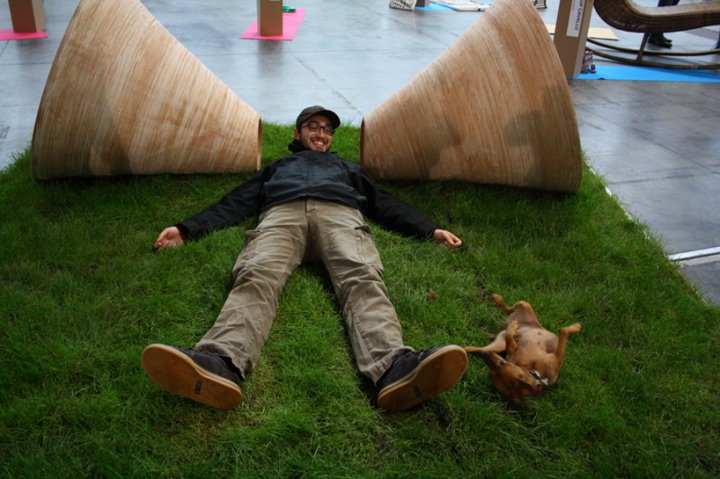 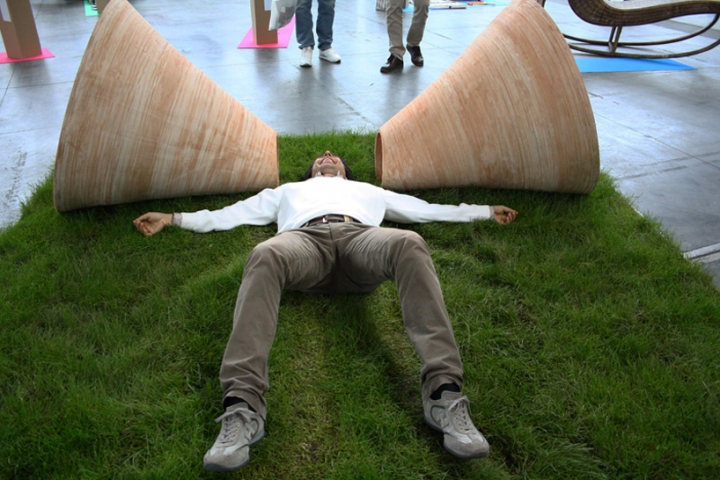