Zaha Hadid these days she is taking home the Stirling Prize for the second year in a row and becoming the first woman to serve on the Pritzker Prize jury, all leaving an international runway of sumptuously shaped buildings to house Olympic swimming pools, government functions and almost everything a building might require. But in his most recent project completed in London, the Roca London Gallery, it seems that his curved shapes representing Zaha's signature have really found their calling. Inspired by the elemental power of water

, Hadid and her team have sculpted another fiercely dynamic space for a flagship store, showcase of high-end bathroom products. The new Roca gallery celebrates the brand with an appropriately functional, cutting-edge design store. On a single floor of 1.100 square meters, Zaha Hadid has created a flexible interior, with spaces that seem to flow naturally into each other. Portals, rooms, benches and light fixtures appear as if they were sculpted by water, and contribute to the sense of an organic and cavernous interior. The Roca London Gallery is not only a showroom for the latest design bathroom model, but will also serve as an open space for London design enthusiasts to gather for a wide range of events and activities. 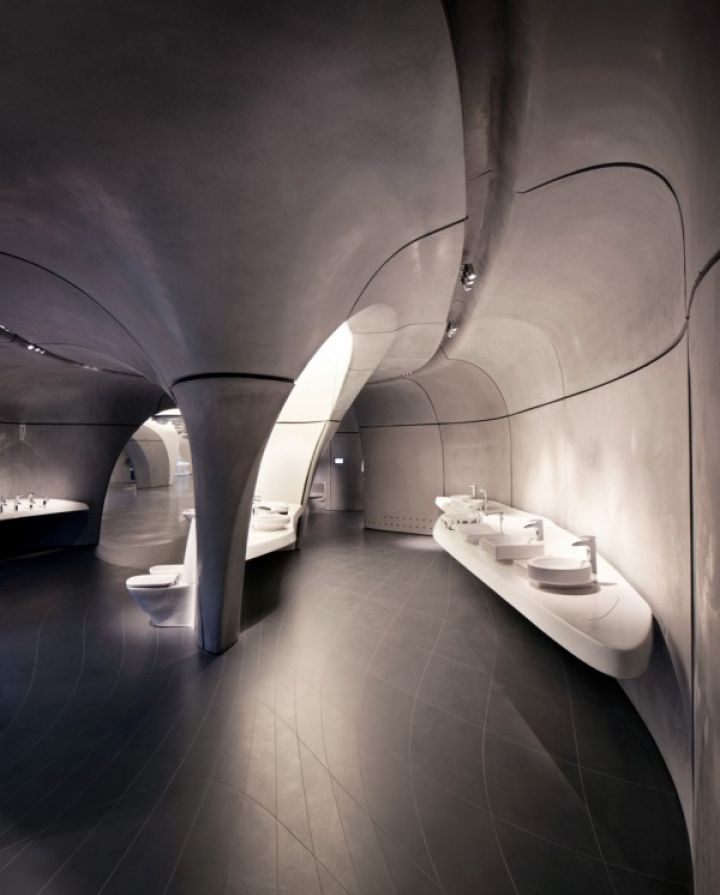 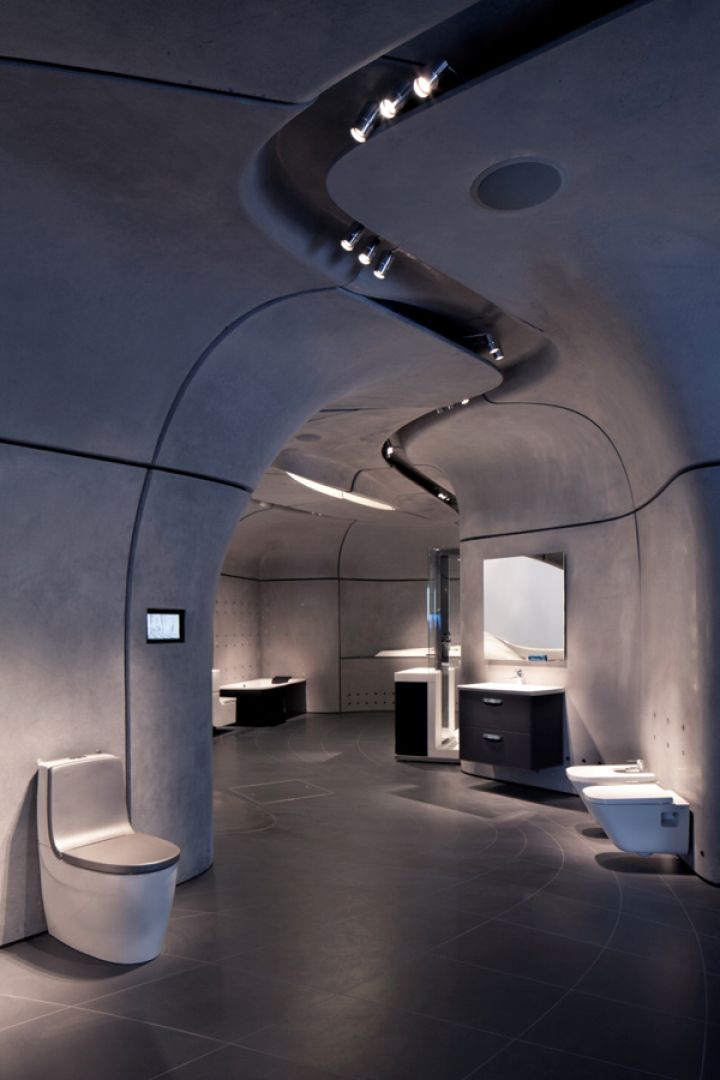 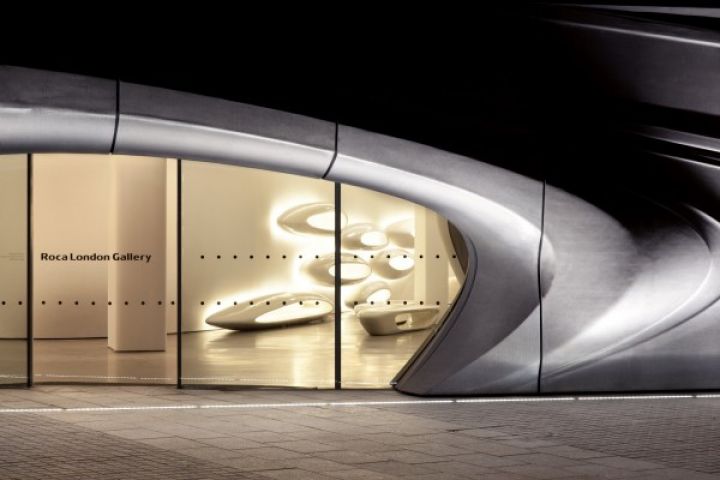 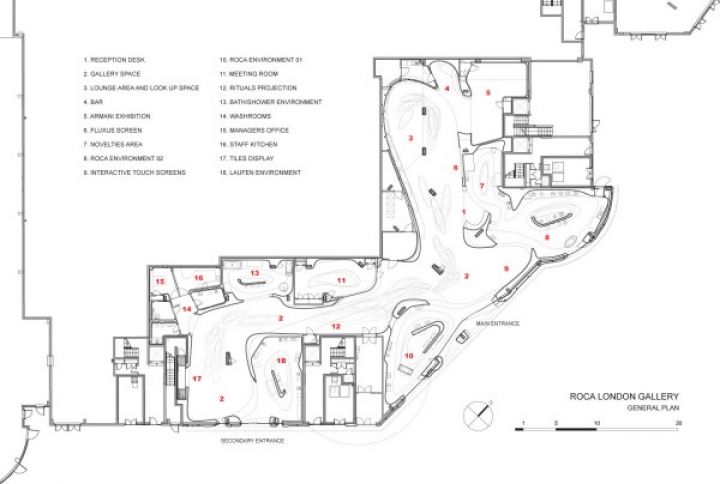 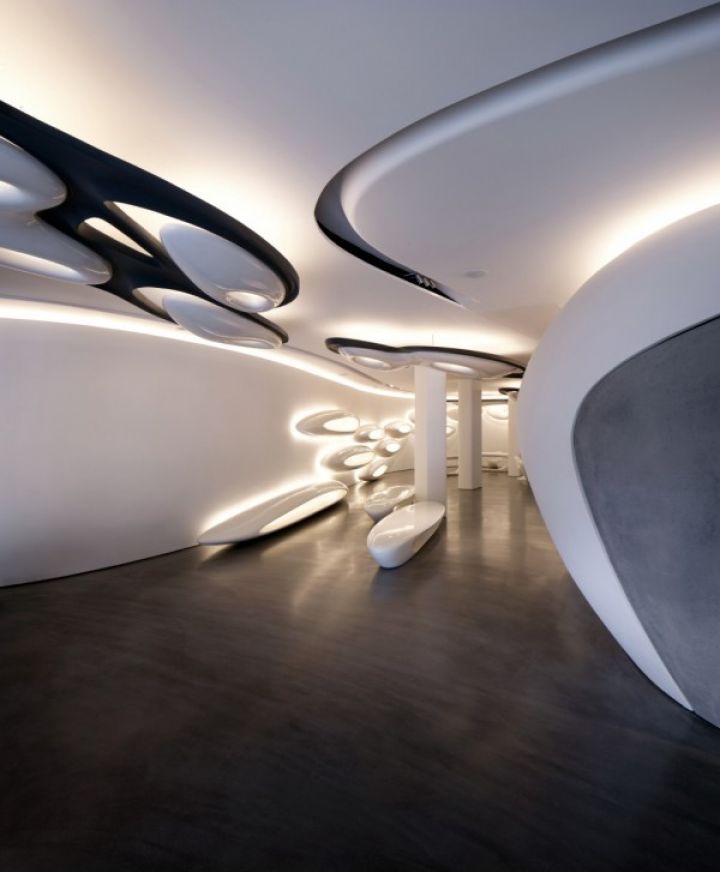 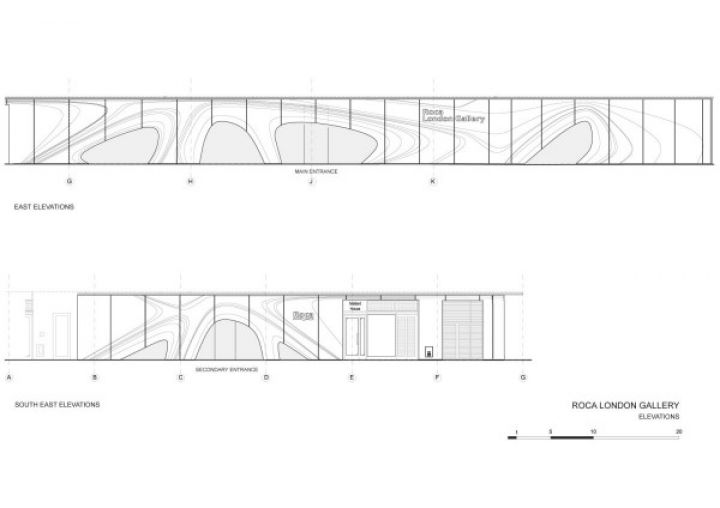