La chimney hood becomes design. A veil of modernity rests on the classical aesthetic inverted T, to renew the codes of a model that has made history.

Is called Veil and is among the latest innovations F, The pioneer in the field, presented at Eurocucina 2014.

Designed and developed by designer Samuel Codegoni and 40 students of the Polytechnic of Milan, Veil was born from a path made up of workshops and continuous elaborations, which lasted a whole year.

The mood of the hood is all contained in its name: a front sheet with a sinuous but well-defined shape, similar to a veil. Veil by Faber appears, in fact, as a soft and light monolithic element characterized by a rectangular panel detached from the wall, so as to seem suspended. A shape that deliberately deceives the eye and space, which unexpectedly renews the most classic model sold on the market.

"Veil plays on different floors of surfaces that move fluidly and on volumes that break down, says Samuel Codegoni designer, professor at the Polytechnic of Milan and the project manager. Unveiling a special optical effect, the hood takes a soft and supple, almost suspended, but in reality it is a rectangular plane off the wall, which at first glance you do not notice. "

Thanks to the innovative matt paints in matt black, white and corian white, the front panel is further enhanced, making the hood body even more delicate. Clean and elegant in her aesthetics, Veil fits perfectly into kitchen environments with linear architecture, following the most recent trends in the sector.

The sophisticated design of Veil did not sacrifice the performance of the hood, on the contrary everything has been conceived according to its high performance standards. Its suction capacity is powerful, reaching 720 m3 / h in the intensive phase, while the company's patented LED lights irradiate the hob with a warm and well-diffused light, against a very low energy consumption, only 2 watt. Finally, the Energy motor guarantees better performance in the face of greater silence in the kitchen.

"The young designers of the Politecnico started from a familiar shape, continues Codegoni, like the chimney hood and then gradually transformed it, arriving at an innovative design that does not sacrifice performance and functionality".

Guided by the principle "forms follow functions ", Developed by the American architect Louis Henry Sullivan, Faber conceives always hoods functional design, thinking of lines, materials and forms in the service of the highest standard in the treatment of the air in the kitchen. 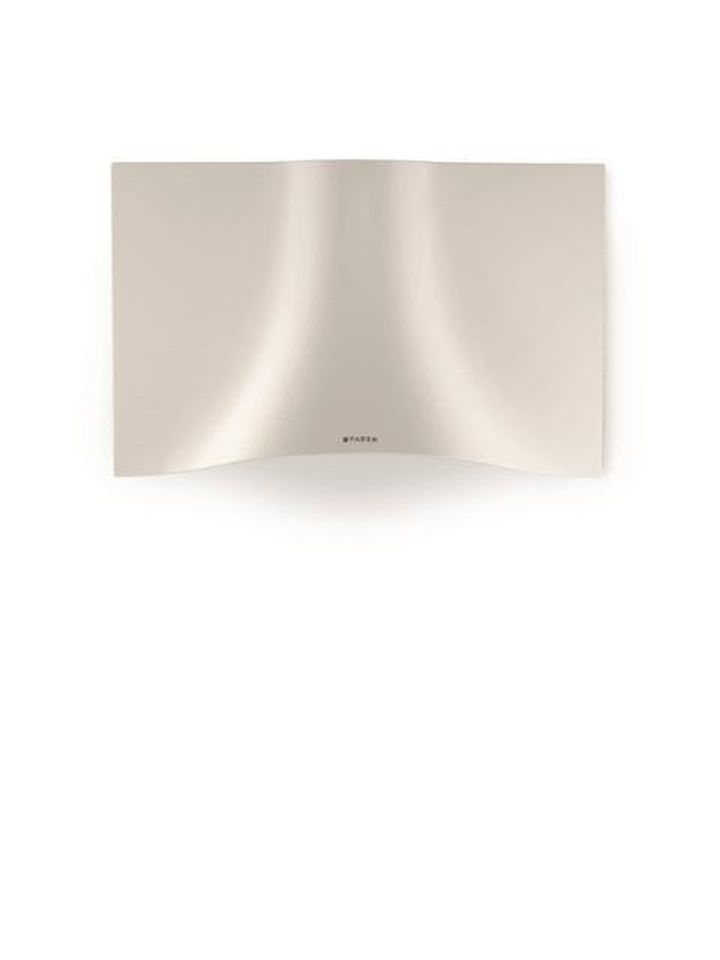