Lume by Alessandro Zambelli for Bosa is a small luminous support lantern, an auspicious gift, a "travel companion".

The fairy-like whiteness of Saint Lucia and the light show of the night sky in San Lorenzo; the power of the magic lamp in the Thousand and One Nights and the mesmerizing glow of the pearl in the painting by Vermeer. And 'the festival of light, with its load of splendor, of wonder and expectation; the light, with its power to change the space, to surprise and to fire the imagination. It is the light of the main element light, The new project by Alessandro Zambelli for Bosa.

Lumen is a small bright lantern bearing, designed as a gift of good omen for all those who are important to us; a "traveling companion" symbol of closeness and affection that illuminates and brightens, with his auspicious presence, every moment of the day: part of the new collection "Do Not Forget Me" di Bosa - previewed at Maison et Objet Paris - inaugurates the designer's collaboration with the Treviso-based company. 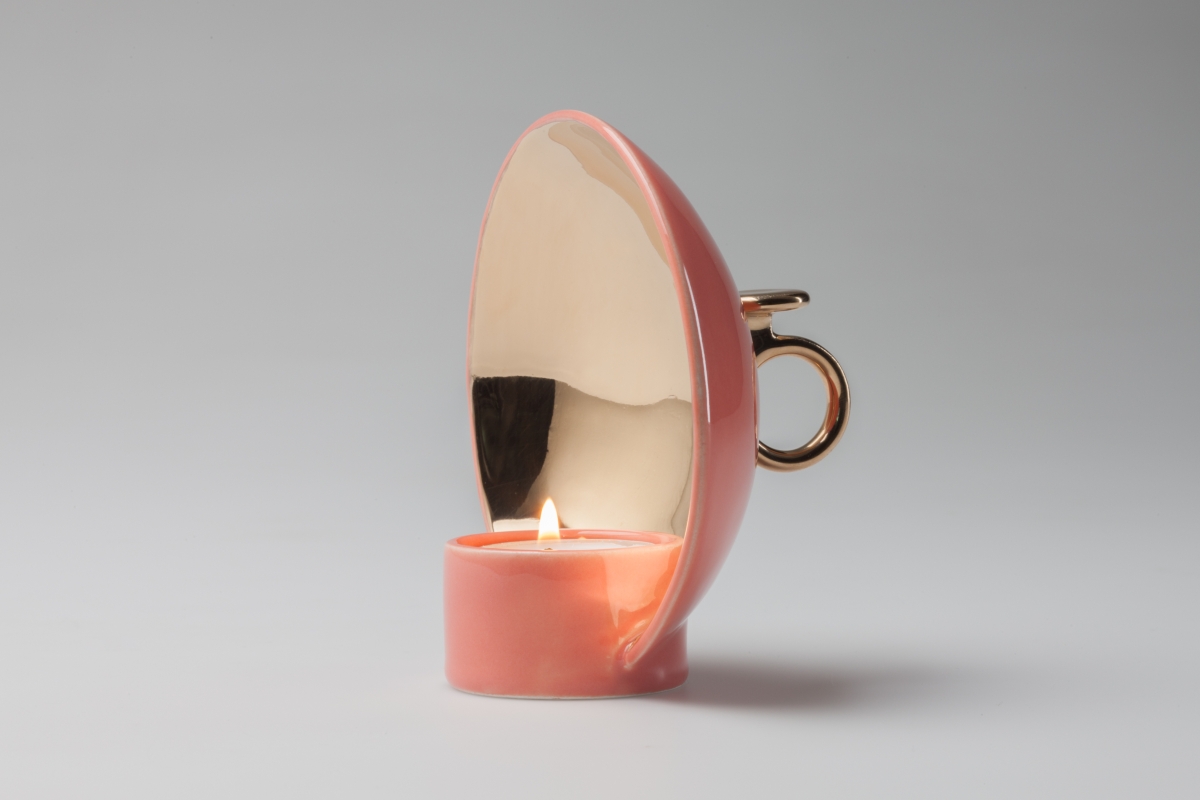 Lume is made up of a small cylindrical base with the function of a candle holder, to which a large enveloping parabola is inserted, the cornerstone of the whole project; with a very particular appearance - in fact it wants to be a tribute to the ancient bicycle lights - the parabola protects the fragment of light, and at the same time projects it towards one direction. At the rear, Lume is characterized by the presence of an equally unique detail: inspired by the snap buttons of ancient gas lighters, it acts as a handle and allows you to move the lantern not only when turned off, but also once it is turned on.

Entirely handmade glazed ceramic, this little light lantern is available in white or in the coral pink and pistachio green colors: the latter, in particular, are enhanced by the sparkle of rose gold finishes that wrap around the ' handle of the lantern and the inside of the enveloping parabola. 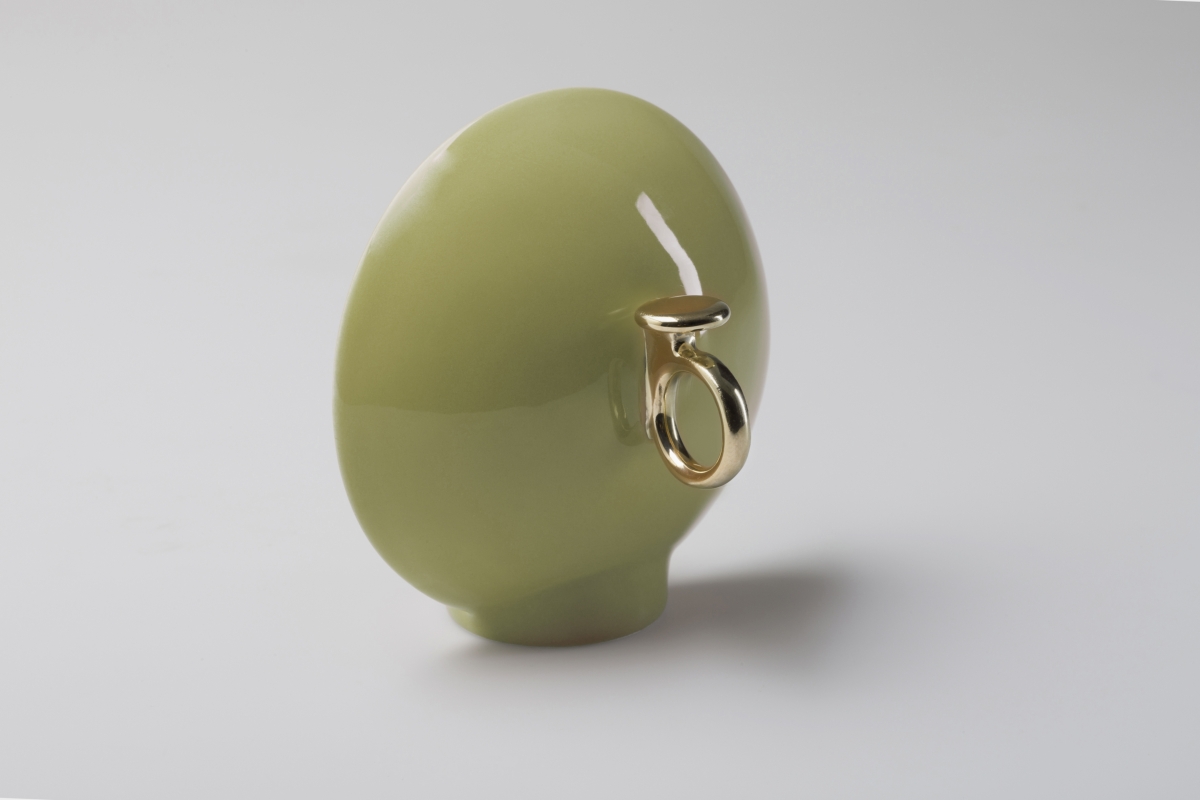 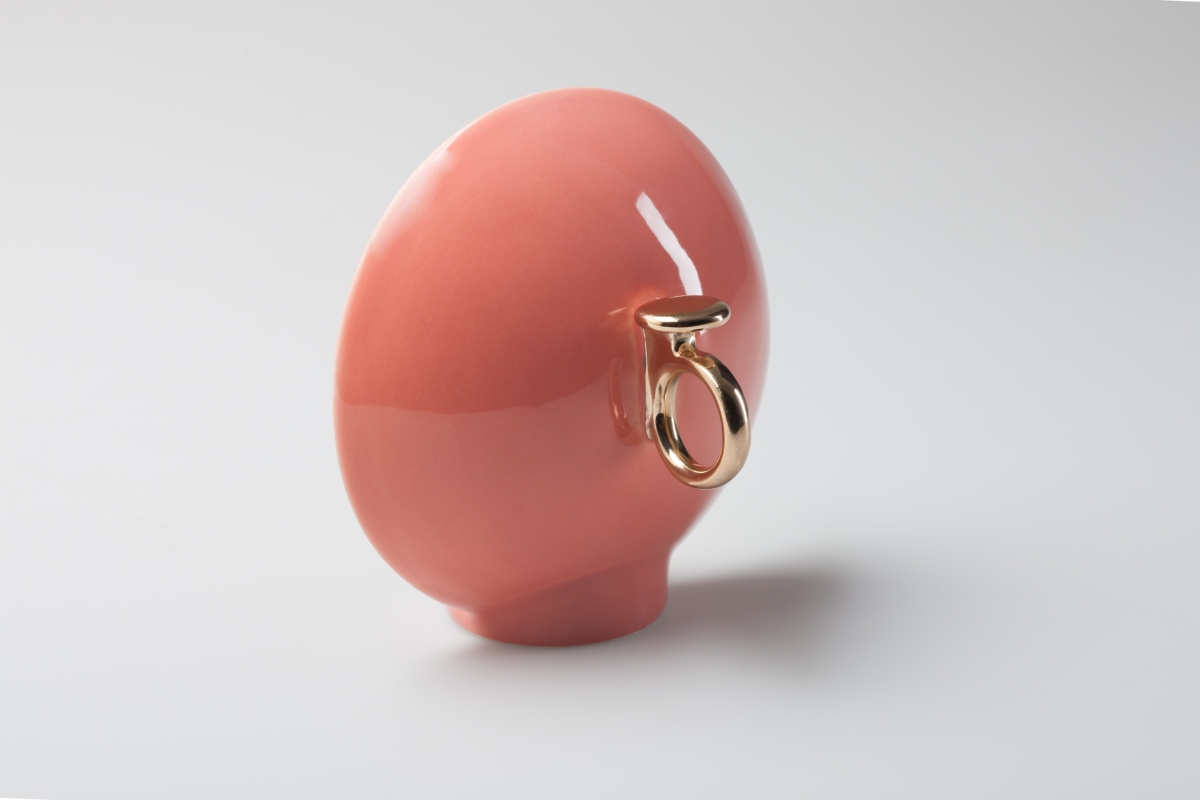 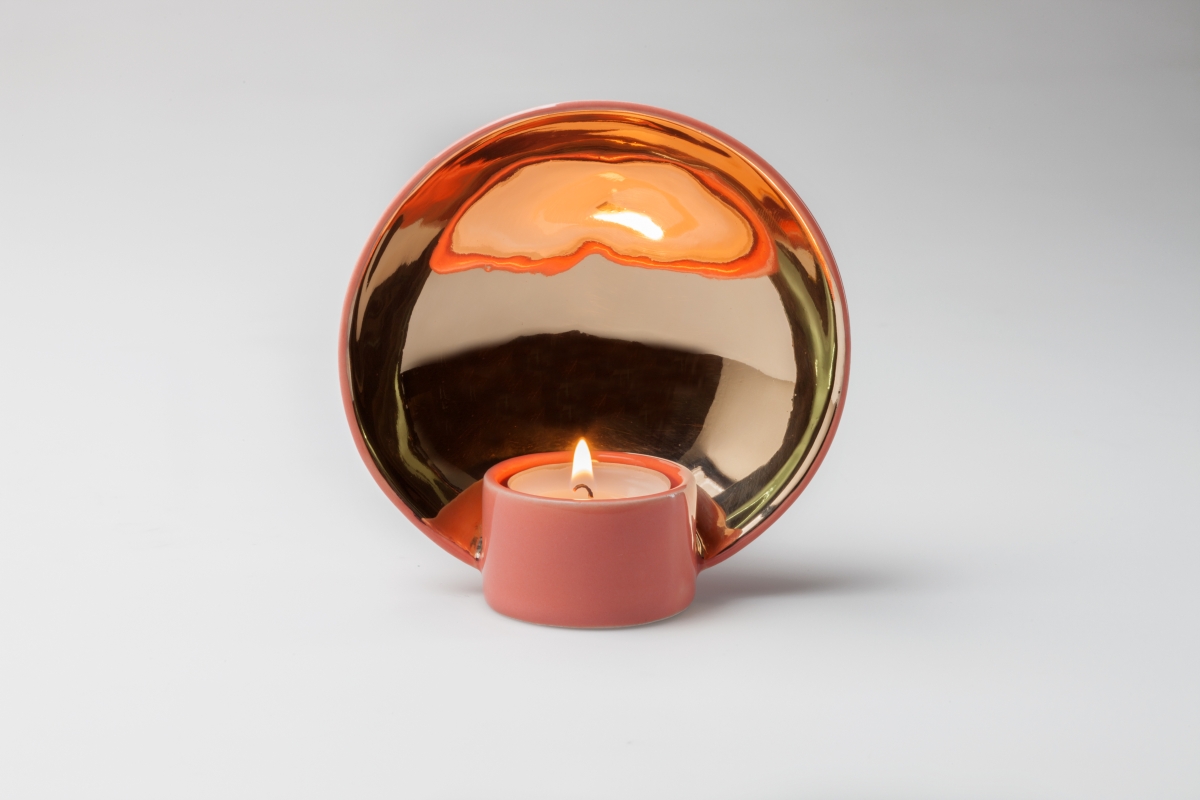 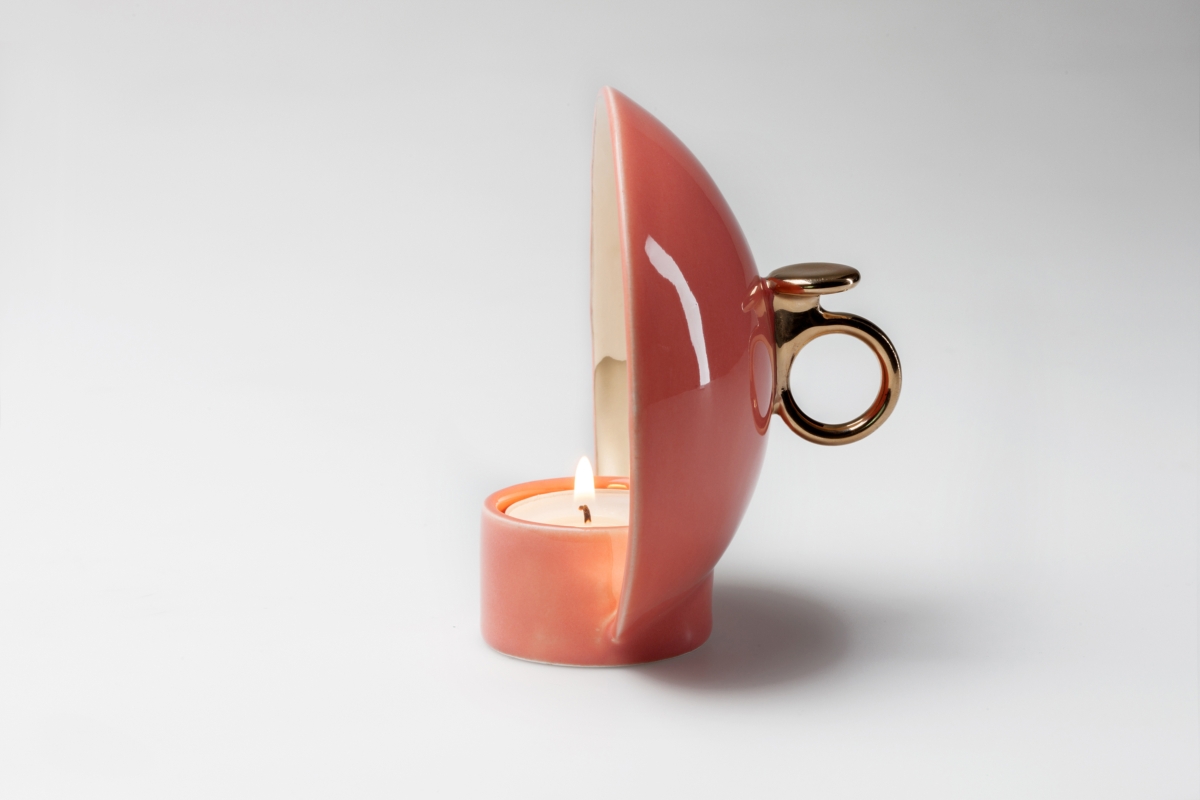