Putia, of Luis Alberto Arrivillaga is the table winner of the first prize at the Cristalplant + MDFitaly design contest. Putia is characterized by two fundamental elements: materials and proportions. It has been preferred to use two different materials in order to give greater value to both, in doing so one supports the other. Furthermore, they are two materials in total antithesis that produce a unique bond.

The table top is made from a thin slab of Cristalplant, which produces a sensazioned'eleganza and lightness, the legs instead are made of solid wood, which contributes to the strength and stability of the table. Second fundamental element is the proportions that, together, stimulate visual emotions ÀThen those tactile. And 'the corner at the heart of the project lies at the same time shows, combines edivide. Ultimately from there it parts the tactile sensation which extends on the surface of the floor up to the legs. The angle becomes curve and this produces absolute continuity between the two materials. The project name, Putia I decided walking through the streets of Ragusa in Sicily; in Sicilian, in fact, it means the shop (handicraft). 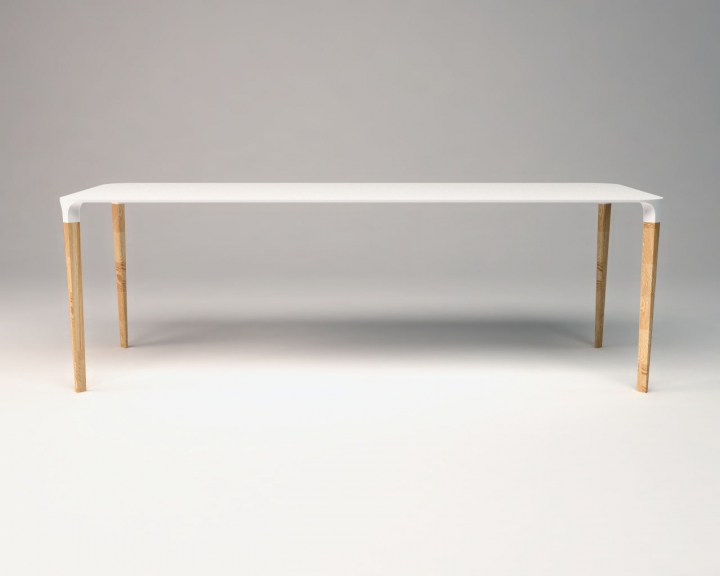 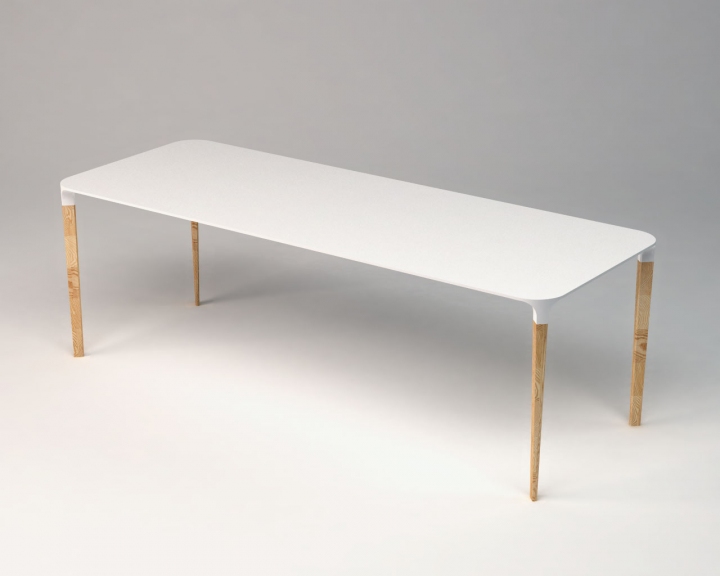 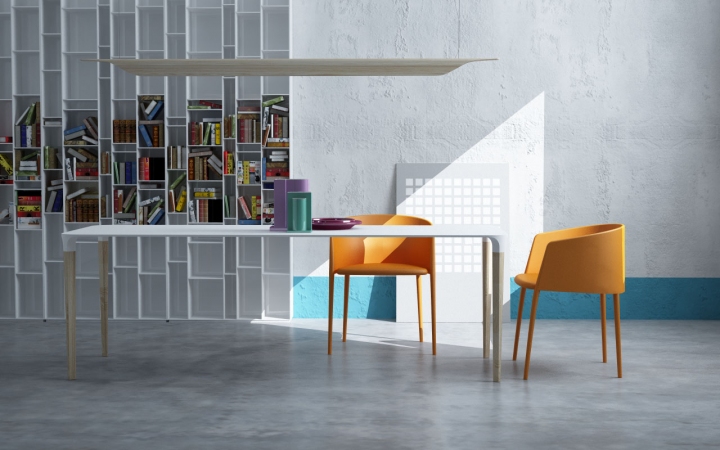 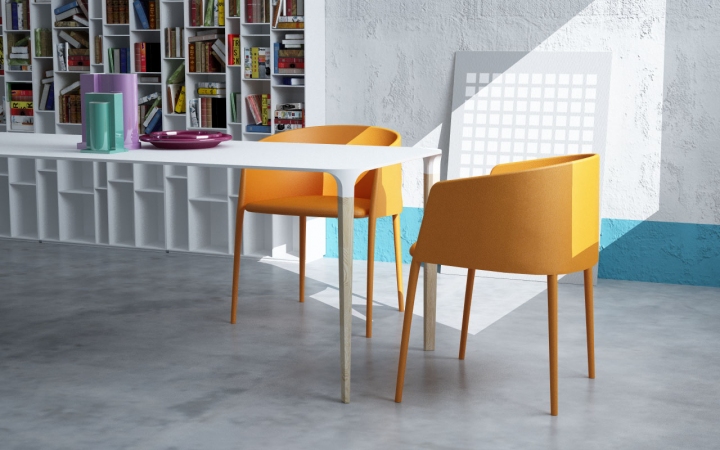