It is the planning of systemic LAKE, Pervasive, polyphonic and aims to redesign the way of living environments, the protagonist that has characterized the company's presence at the Furniture 2012. This idea is summarized in a pay-off as well as intuitive as challenger that defines the DNA of the company and the goal we will continue to pursue further momentum and energy: Re-Design Life.

LAKE not given as a boundary a kitchen, a bedroom, a living room. The "playing field" is made up of the lives of people and in particular the places they frequent, from the domestic one. The goal is to find solutions that can improve their quality of life.
A wide-ranging creativity therefore declined through projects that are also very different from each other in which the product certainly occupies a central, but not all-encompassing, part. The basic ingredients are skilfully combined with a coherent and organic design. In the same way, the end user - be it an interior designer, an architect or a simple design lover - can enter the LAGO product range by mixing them and composing them according to his taste and needs, so that they fully satisfy his concept. of "living". 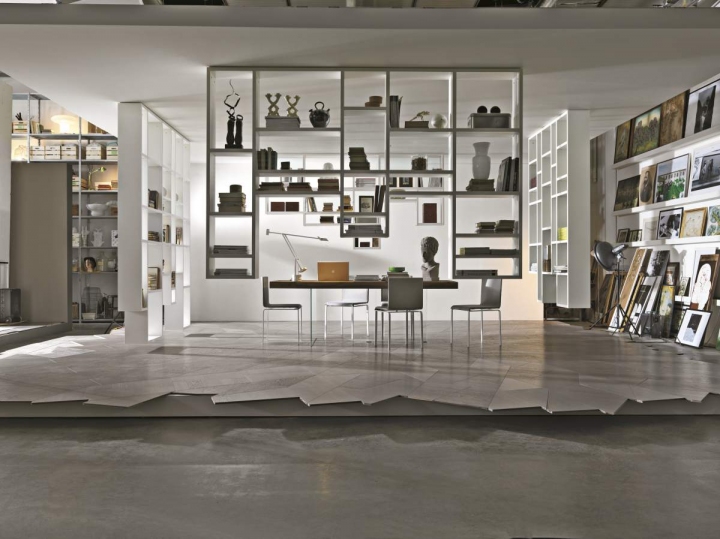 LAGO presented at the show a stand entirely designed and built by LAGOSTUDIO, the company's think tank, which further challenges the concept of gravity, confirming the company's ongoing research on the subject of lightness. A path that led Daniele Lago - CEO and Head of Design - to explore a dimension of the house that has never been exploited until now: the ceiling. "Weightless" floating bookcases, consisting of the 36e8 and 30mm / Lagolinea systems, create wings that divide the space and represent one of the novelties that LAGO presents at Milan Design Week 2012, together with five new products, two of which by LAGOSTUDIO, and the exploration of new materials and new finishes. 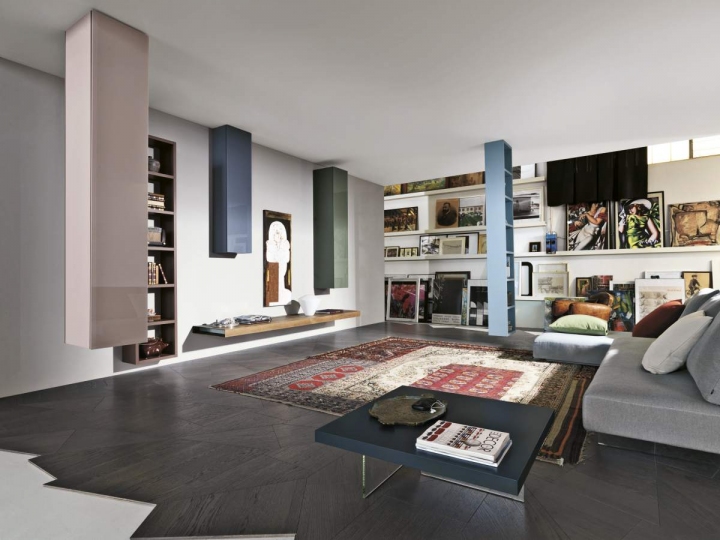 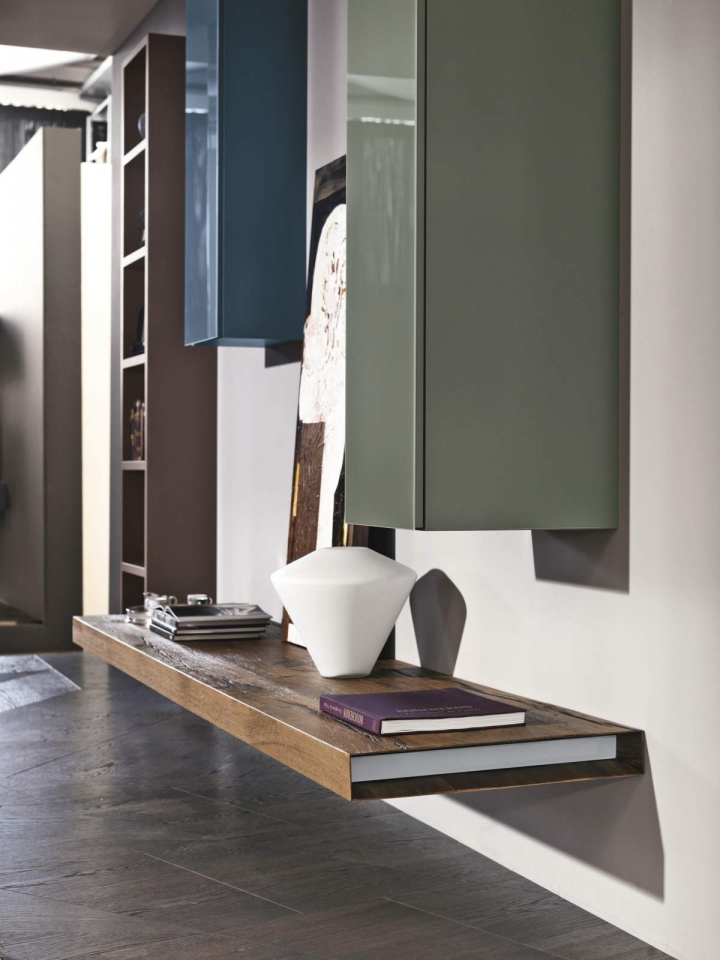 All products presented at the show will be available late in the period from June to September. A very tight time-to-market with which LAGOavvia a path that points to considerably reduce the time between the conception of the product and its distribution.