Home » Design » Heineken presents "The Club" at the Fuori Salone 2012

During the Fuori Salone 2012, Heineken presents "TheClub"The concept of the future night club (Zona Tortona). Origami will be the theme of the project implemented by the best emerging designers in the world under the leadership of Luc Schurgers and FabioRotella.

On the occasion of the design week in Milan, Heineken is previewing worldwideThe end result of Heineken Open Design Explorations - Edition 1 "The Club", the concorsointernazionale which involved the best emerging designers in the design of a nightclub conceptdi modern and avveniristico.A as of April 17 2012, in via Private Gaspare Bugatti 3 (Zona Tortona), it will finalmentefruibile by the public "the Club", an exclusive pop-up local signed Heineken and inspired Altema "Changing Perspectives" as the essence of the nightlife, which will have as elementoricorrente carrier and "origami" and the infinite variety of its transformations. "the Club" is the result of a creative adventure that involved 19 young designers provenientida Milan, New York, Sao Paulo and Tokyo under the guidance of a team worldwide riconosciutiprofessionisti including Luc Schurgers, founder of the collective MiniVegas (specializing in motion design), and Fabio Rotella of Studio Rotella (specializing in interior design). 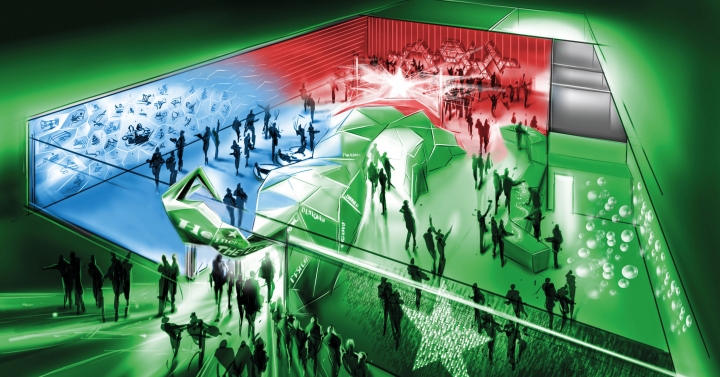 To give its patrons a memorable and out of the ordinary experience, The Club was born from a project that, combining different disciplines - including product design, fashion design, motion design and interior design - focused on the study of every single element belonging to a nightclub, from lights to rooms to furnishings and ways of interacting between people. The result is an environment dominated by the image of origami which, anticipated at the entrance, continues in a flexible structure that divides the spaces within the club and returns, as a recurring theme, to the stage, the sofas and the look for the staff . Even the lighting becomes a fundamental piece of furniture that characterizes three different areas, one blue, one red and one green, within which everything changes color, including that of the Heineken Star Bottle, which light up the night revealing wonderful origami invisible in daylight. With the aim of stimulating interaction between people inside the venue, The Club has created an interactive bar where you can order your beer and communicate through the innovative “touch sensitive design”. Creativity and freedom of innovation are the hallmarks of a concept that expresses the open and international personality of the Heineken brand and of its consumers, self-confident, always attracted to new experiences and led to socialize in any context. 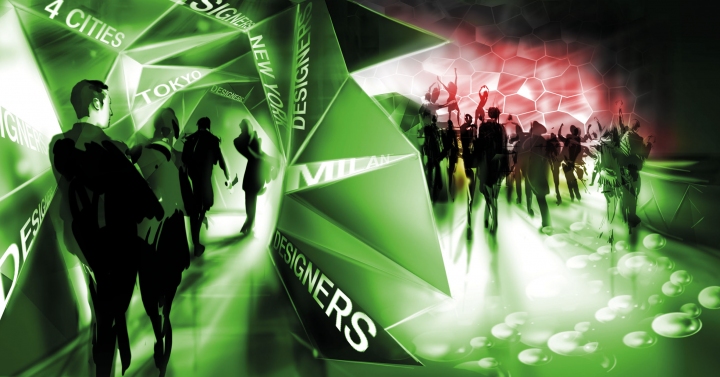 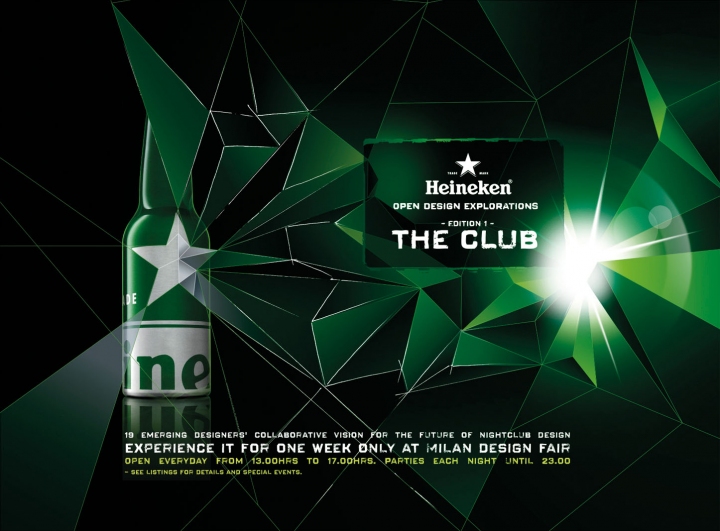 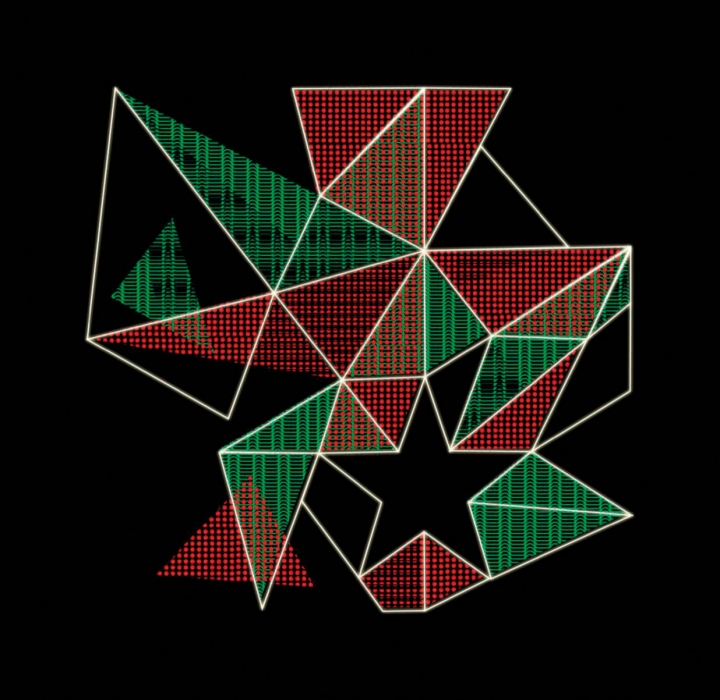 The Club
Via Gaspare Bugatti Private 3, Zona Tortona, Milan
Open from the 17 20 April, from hours 13