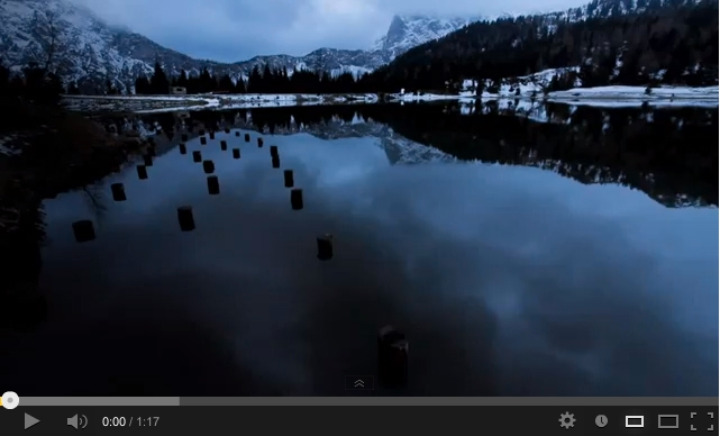 River is born from nature, with sinuous forms of the purest landscapes, from the flow of water free. River was modeled dall'incresparsi of the waves from the open sea waves, by gushing rivers and dall'affastellarsi of clouds on the horizon. River is born of nature to change, to make it as cozy as a soft couch, invigorating as a cup of coffee, comfortable as the embrace of loved ones. River shapes the nature and transforms it into heat. River turns her into the house.

Caleido - The heat atelier presents the storytelling-video of one of its flagship products, the “River” designer radiator | design James Di Marco .

created by the agency Aipem  of Udine and by the production company Dmovie, the video can be viewed on the Youtube channel"Caleido TV", and represents an emotional story of the creative and sensorial process that lies behind the creation of a product of technological excellence and impeccable thermal performance, such as River.

The search for forms related to nature, synergy and interpenetration with the water and its flow in fact the shape of the radiator River lines, a timeless object that transforms every place in the world in their own home.

The images tell us of an indomitable and pure natural environment, dominated by the cold and by large bodies of water, which with its strength and power has given shape to a great design object, whose sole purpose is now to protect the home, spreading its warmth with reassuring warmth.

Within its factories in Nave (BS), Caleido has been designing and manufacturing designer radiators and towel warmers for twenty years, under the banner of craftsmanship and attention to technical and aesthetic details.

Caleido also represents one of the reference points of Made in Italy in the world with its products of impeccable technological quality and with the ability to transmit the human value of design and construction with passion and competence.

The design atelier produces in fact radiators and towel warmers that are inspired by man, putting him at the center of the domestic project and giving life to a house, a story, unique every time.

RIVER is made of carbon steel covered with corrugated panels. Also available in the double version and also installable horizontally, River is available in different sizes and with a number of vertical or horizontal modular elements (from three to seven), whose width can be customized on request.

for more information: VISIT THE SITE

View all articles by nicola albano