anticipations of the Salone del Mobile in Milan 2011 / Vialattea, Roberto Giacomucci it has been modified: 2011-03-14 di Benedetto Fiori

Milky Way is a project of Roberto Giacomucci, From reallizzato Marchetti Lighting.

The ancient Egyptians considered the Milky Way as the corresponding celestial Nile: a clear river that ran through the night sky just like the Nile crossing their lands and was the center of their lives.
Milky Way is a suspension lamp where the mesh structure in metal, large 60 cm, is enhanced by

small crystal elements that rotate around the opal glass diffuser like a trail of distant stars. The complexity of the firmament is reflected in the small stars that appear to have been captured by a hypothetical celestial fisherman on full moon nights, when the star attracts fish to the surface. Mount an E27 bulb max 1 x 150 W. 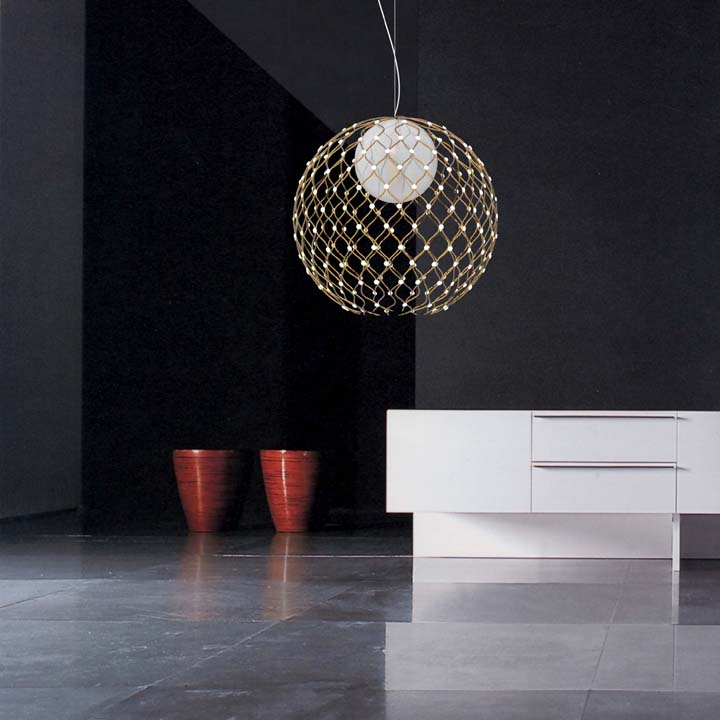 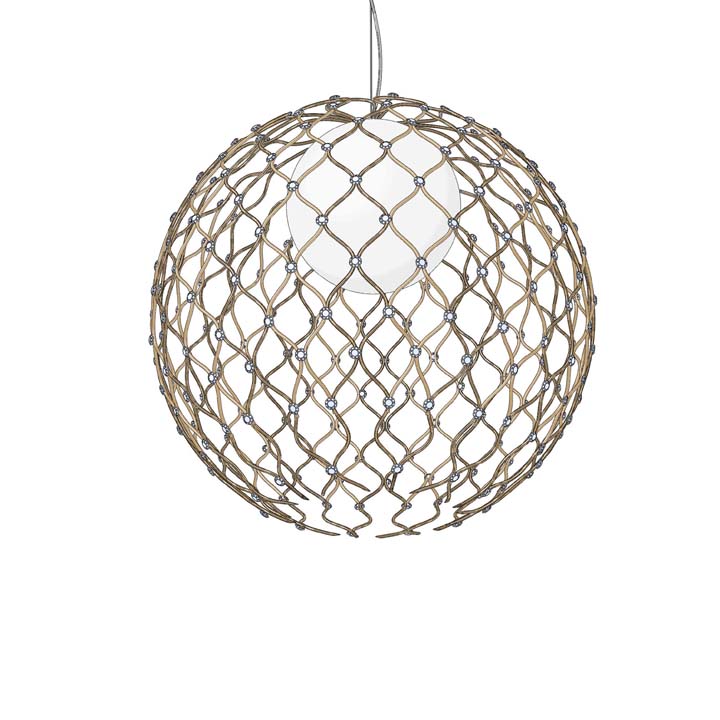