Multichair is a seat convertible designed by Joe Colombo in 1971, is composed of two elements in expanded polyurethane coated fabric, joined together by means of two leather straps.

The straps can be fixed by steel bushings on different points of the elements of polyurethane, the two sides will take on such different positions between them, conforming more types of seats are suitable for most situations, from complete relaxation to the conversation.

Multichair, initially designed for Sormani, is now produced by B-Line

Joe Colombo born in Milan in 1930, he attended the Brera Academy of Fine Arts, and then worked on painting and sculpture until 1955. Later he became interested in industrial design and new materials, fiberglass, ABS, PVC and polyethylene. He was one of the most influential and representative designers of the modern era.

Multichair, as other projects of Joe Colombo, is part of the permanent collection of the Museum of Modern Art and the Metropolitan Museum of Art in New York. 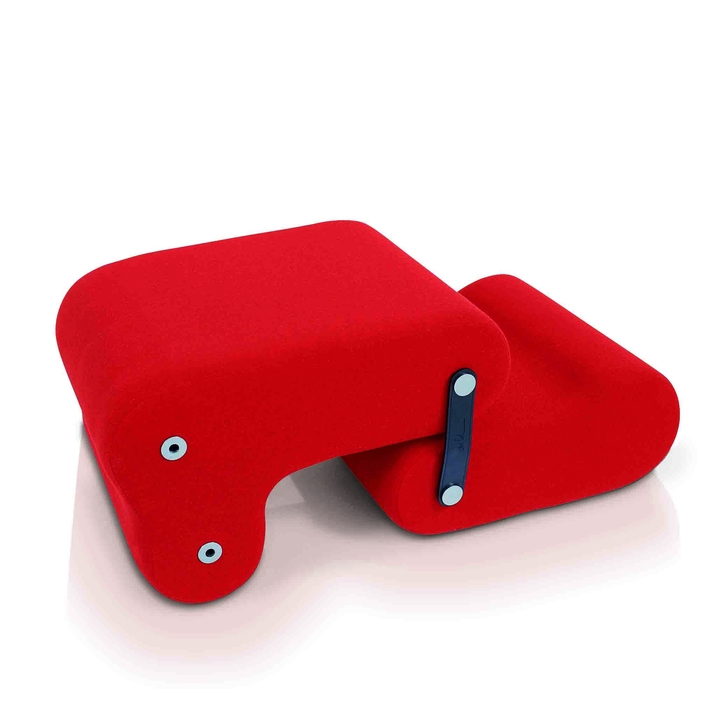 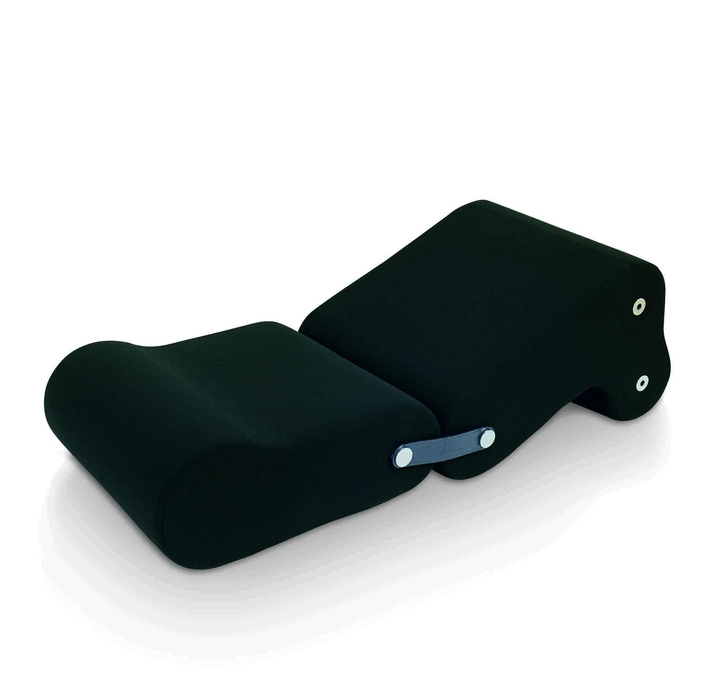 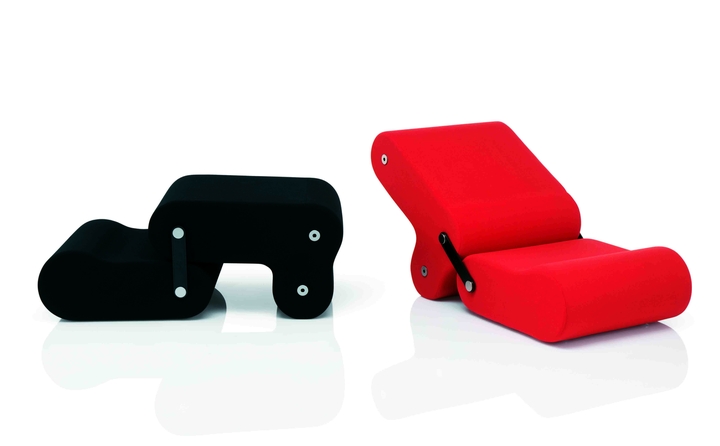