On the occasion of the fuorisalone 2013 Johnny Hermann in collaboration with Chiara Mauri presented the installation "Garum, Ancient Fish Market", at Kombu Kreative Japanese Food, in the area of Maroncelli Design District. Pliny the Elder wrote: “Garum is a kind of highly sought after liquid. It is prepared with the intestines and other parts of fish that would otherwise be discarded; they are macerated in salt, so that it is nothing more than the result of the putrefaction of these ingredients. " Garum was an ancient sauce, as precious as a perfume, of which the Romans were very fond. It was used everywhere: on bread, in soups, on roasts and fish, and its medical qualities were also praised.

The conquered peoples acquired this concoction with enthusiasm adapting it to their palate to symbolize the incorporation into the Roman universe. A real delicacy that was produced on an industrial scale and was loved with a passion that was monstrous, the more the Roman Empire became powerful, the more the mania for this sauce increasedIn fact also very expensive and considered the "Real imperial sauce". Today, as then, all this is Garum: 42 elements, including tentacles, fish, cuttlefish, squid and Clupeiformes, made of raw wood and crochet, an installation that plays an old fish market, surreal atmosphere. 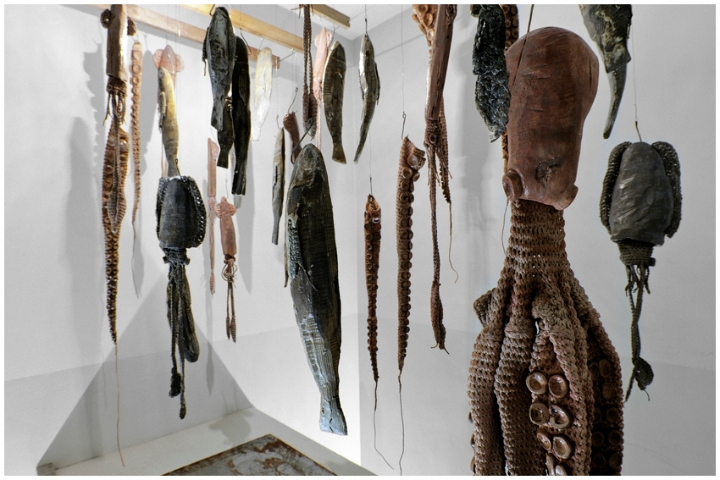 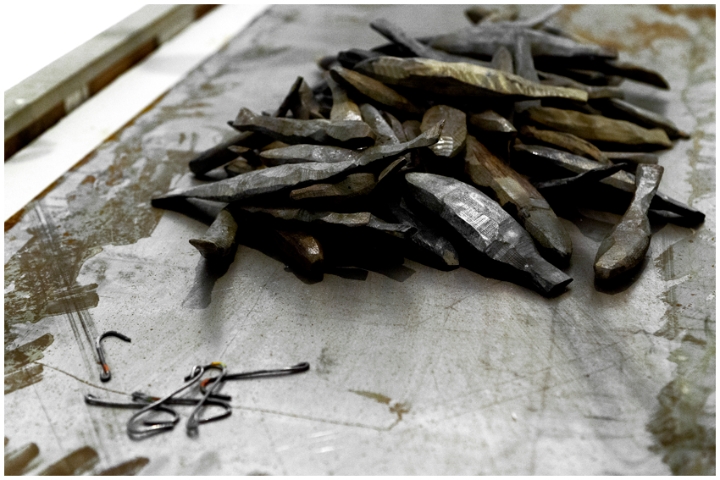 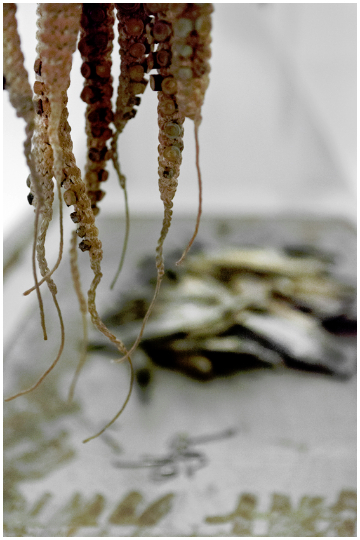 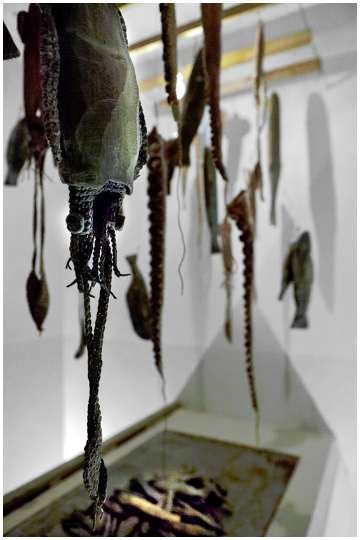 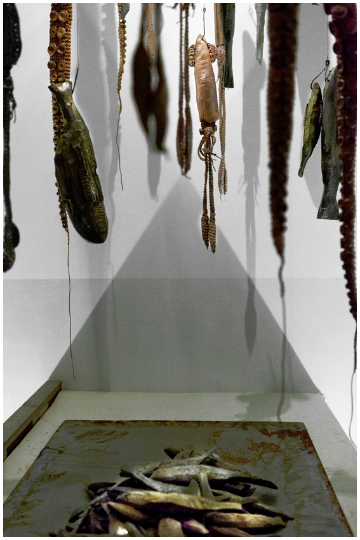 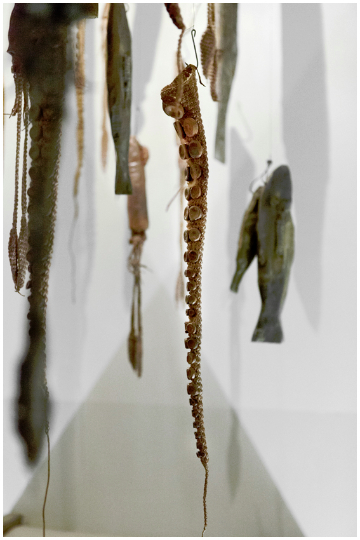