Home » Visual » The collective Vagaluna signs the teaser of the Agenda Brasil 2018 festival, the theme is the fusion of two cultures

The collective Vagaluna signs the teaser of the Agenda Brasil 2018 festival, the theme is the fusion of two cultures it has been modified: 2018-07-21 di Benedict Flowers

The teaser of the seventh edition of the Brazilian film and culture festival Agenda Brasil, which will be held from 17 to 29 July, in various places in Milan, is signed by the Vagaluna collective. The event - which thanks to its intense and sophisticated programming is confirmed as the most important on Brazil in Italy - is promoted by the Vagaluna Association, organized in collaboration with the Fondazione Cineteca Italiana and the Pavilion of Contemporary Art (PAC) - Municipality of Milan, with the investment of the Audiovisual Sector Fund / Ancine and the contribution of the Consulate-General of Brazil in Milan, and with the patronage of the Embassy of Brazil in Rome.

“The presentation film of Agenda Brasil was born from the meeting of a group of Brazilian professionals who reside and work in Italy and transmit the impressions of people who left their country by choice and they are delighted to discover the new culture of adoption without abandoning their roots. We want to share with the Italians a characteristic of Brazil that is the ability to mix different cultural influences; Besides return the welcome with our gaze of enchantment for the beauties of Italy ", explains the director Joana Skiavini, who directed and realized the editing of the teaser.

In the video, actress Luci Macedo initially plays in Italian and ends up speaking in Portuguese to show the fusion between the two cultures. Moreover, the screenplay adapts a fragment of the poem "Itinerary" by Abgar Renault to allude to the theme of the journey.

On the occasion of Agenda Brasil, it will be possible to dive into the multiculturalism of the largest nation in South America through cinema, contemporary art, music, dance, literature, stories. The film festival will occupy the Cineteca - Spazio Oberdan with 16 subtitled feature films, 14 of which in competition, from 17 to 22 July. For cinephiles, the offer is full of films that represent the strength of Brazilian contemporary cinema, including fiction and documentaries that will be judged by cinema specialists and experts from the Lusophone cultural world.

In the race, distinguished between these two sections, it will range from portraits of famous people to the story in which the Portuguese language is the protagonist, from drama to comedy, from thriller to road movie, through fantastic realism. 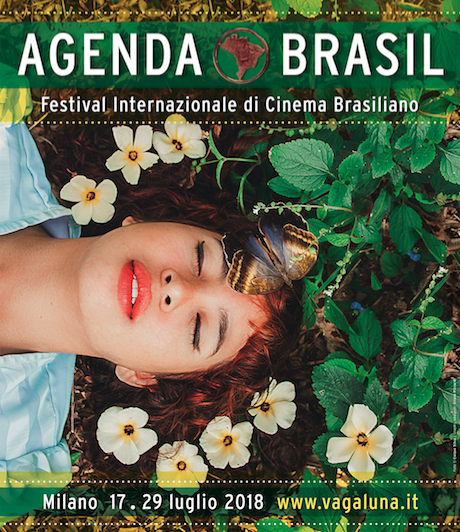