On a small island in Loosdrecht Lake, in the Netherlands, a simple house with a subtle frame captures the essence of its surroundings. "The house embraces the natural context of the island and is subtly integrated," says architect Remko Remijnse of Rotterdam 2by4-architects. “Its transparent facades create a tunnel effect, emphasizing

the thin but long shape of the island. " The house was made to measure according to the client's desire. In summer, almost an entire side of the house can be opened to offer views of the sea, the wooden facade can be opened and the glass wall pushed into it. The living room floor then becomes a pier. The shower, toilet, and closets are hidden behind a thin double wall. A dining area is connected to the kitchen, separated by a simple step. 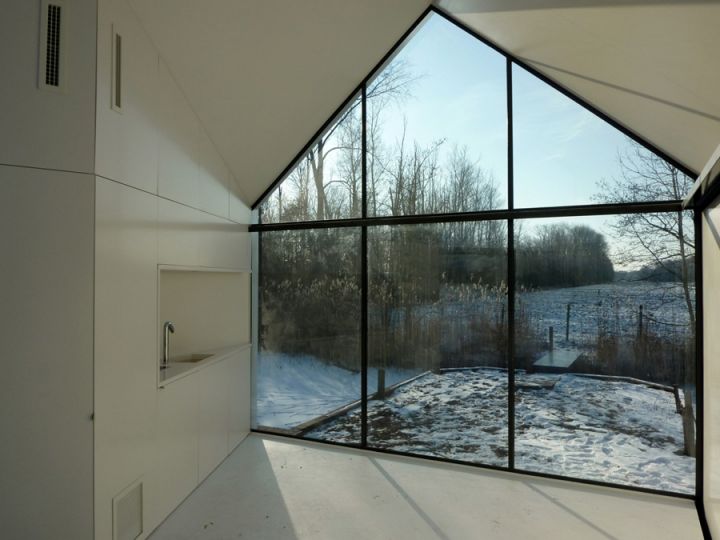 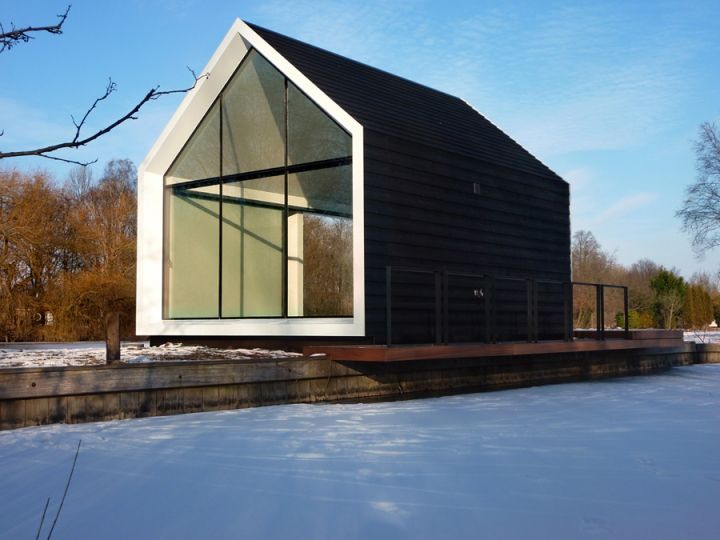 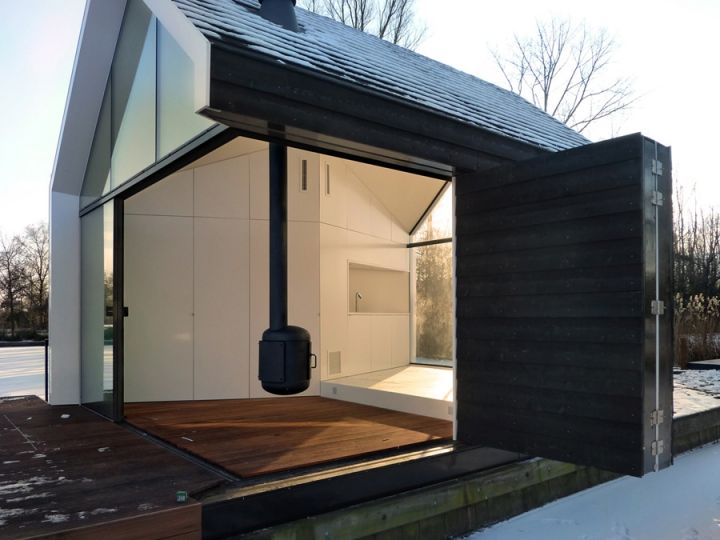 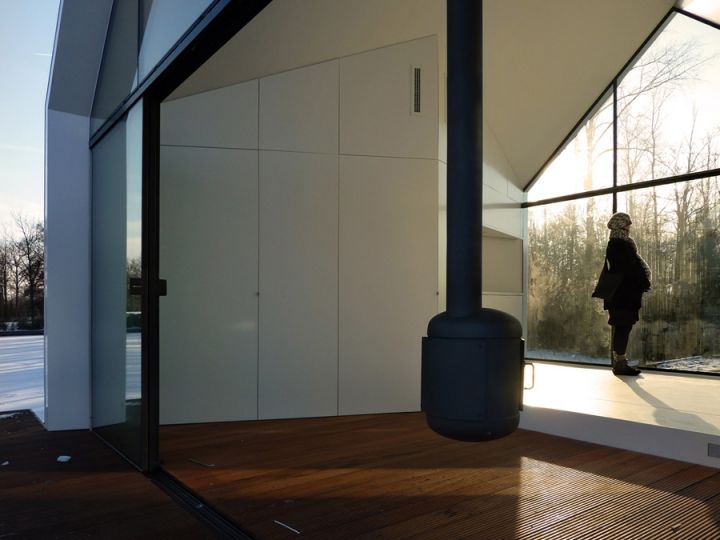 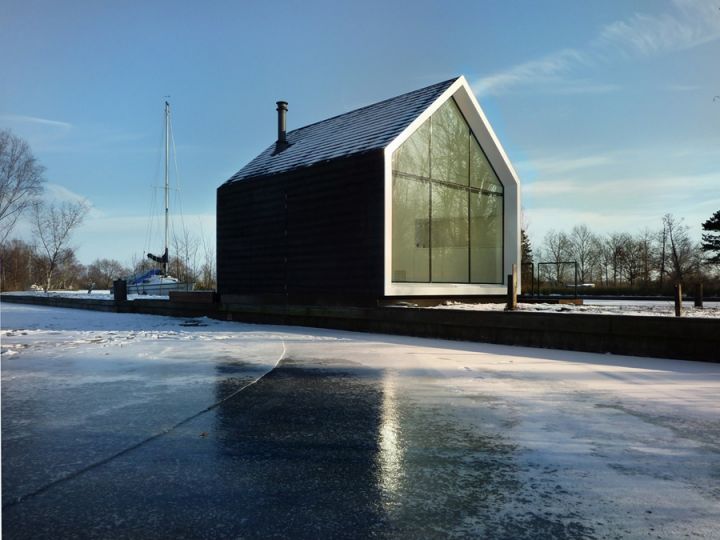