Nobili Rubinetterie at Fuorisalone. enthusiastic audience for the exhibition of art and design it has been modified: 2016-06-06 di Lorenzo Strona & Partners

High appreciation for the evocative installation Nobili Rubinetterie at the opening of "Art Design at Brera Academy" by Roberto Semprini,

in the important context of Fuorisalone Milan, the most important event in the world related to the theme of design.

At the opening of the awaited appointment, Tuesday 14 April, in the evocative setting of the former church of San Carpoforo, flagship of the "historic Brera", the extremely qualified audience of the Design week showed considerable interest in the connection proposed by Nobili Rubinetterie between the scenography set up in the exceptional location and the inspiring principles of the brand. In fact, the company in the former cult building, which has its roots even in pre-Christian paganism, has installed a large reproduction on canvas of the "Birth of Venus" by Sandro Botticelli, a neoclassical masterpiece of the Renaissance, and a symbol of the magnificence of Italian art .

The "absolute beauty" of Venus, in the Nobili setting, has become the symbol of the stylistic research of the "Made in Italy" brand, and its birth from the sea has focused attention on the importance of water "source of life" . To enhance the symbiotic link between the natural element, water, and physical matter, that is the Nobili products, the exhibition of the Loop series was accompanied by two sentences with a strong emotional impact: "Water is the stuff of life. And 'matrix, mother and medium. There is no life without water "  by Albert Szent-Gyorgyi, e "If there is magic on this planet, it is contained in the water" by Loren Eiseley.

Moreover, in contrast with the historicity and the classicism of the location, the company has proposed a full immersion in the most contemporary engineering, presenting, through a monitor, its production processes that use advanced technologies extraordinarily.

At the welcome cocktail of the event, on Tuesday 14 April, hundreds of designers, architects and interior designers took the opportunity to admire the refined Nobili setting, further confirming the prestigious role that the Italian brand has taken on the scene international. 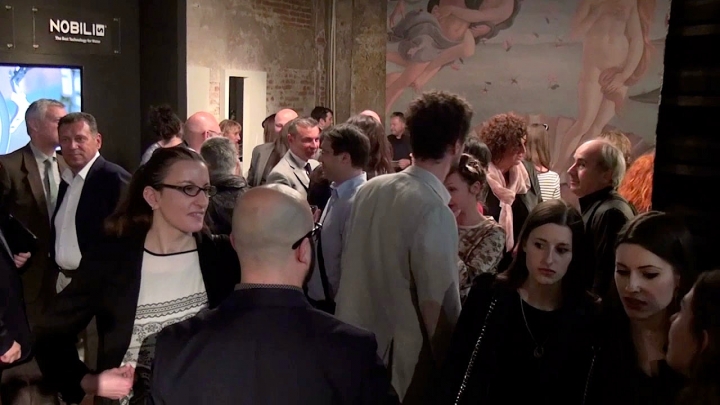 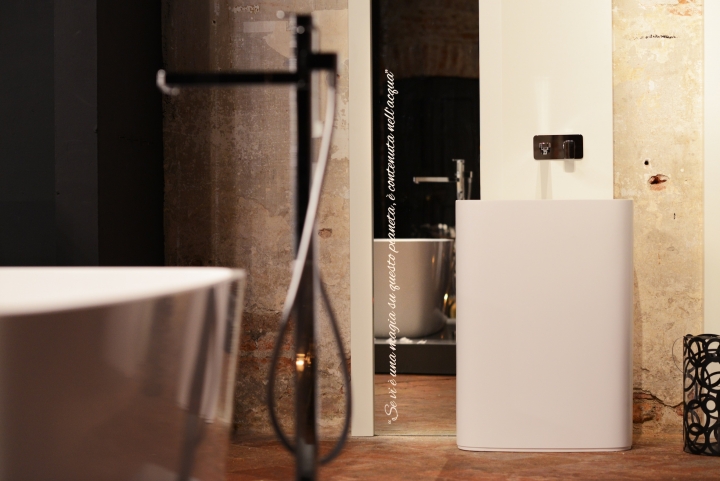