The WING chair is characterized by a high back that reminds of the wings, and the sinuous and fine lines that accentuate the lightness of the structure. The shell consists of two layers of polyurethane - external hard and soft interior - makes the backrest particularly flexible and enveloping. 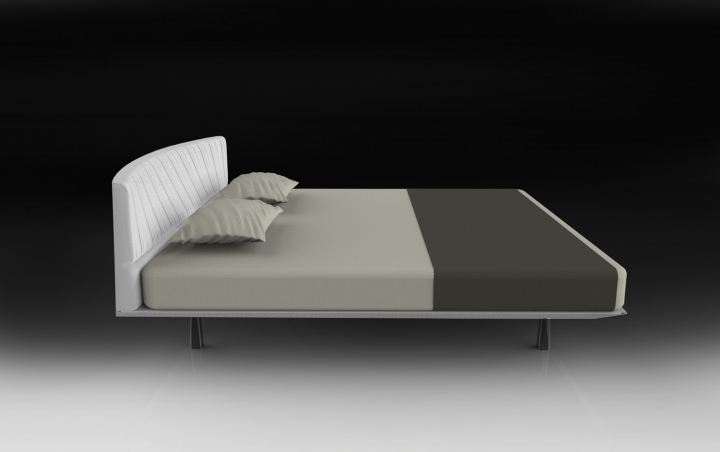 Expression of comfort and lightness, shellon bed seems lifted from the ground. The effect of lightness is given from the retracted position of the feet and by their particular inclined cut which tapers towards the inside. The slight curvature of the head gives a three-dimensional effect, accentuated dall'imbottitura coated with a fabric path by irregular lines, such as folds. 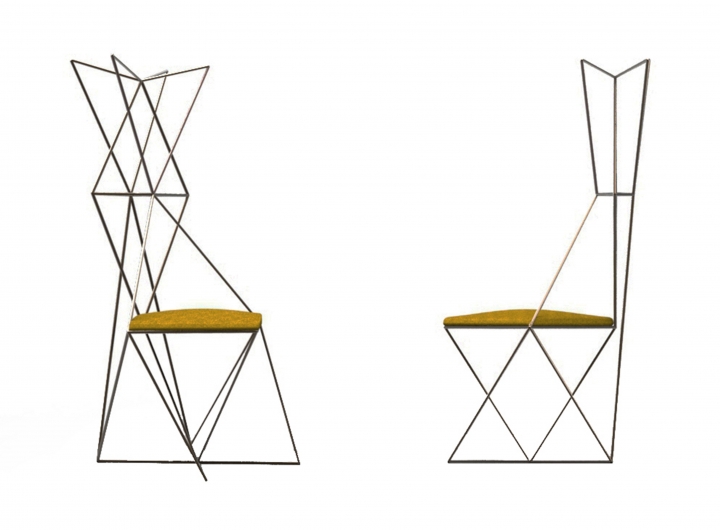 With the dual seat and clothes, Dabliu looks like a chair sculpture that fits well in the bedroom as well as in other domestic environments. With its strong architectural presence, which is also slightly changes appearance depending on the observer's point of view. The structure is made of treated metal rod and welded; the cushion in polyurethane material is covered with removable fabric. 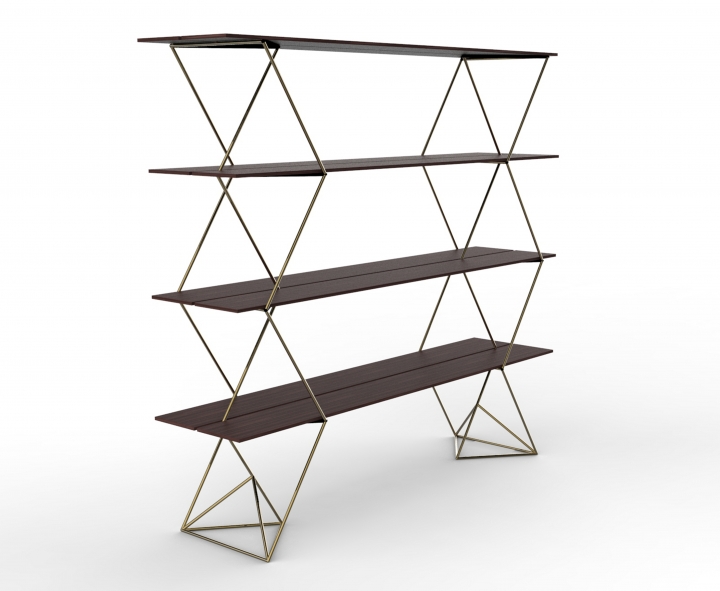 Real interior architecture, the library Dabliu changes appearance depending on whether one looks at the front or side. The four wooden shelves are supported by a dual structure of metal rod and welded Treaty. By the rotation of the structure is obtained by a different visual effect. 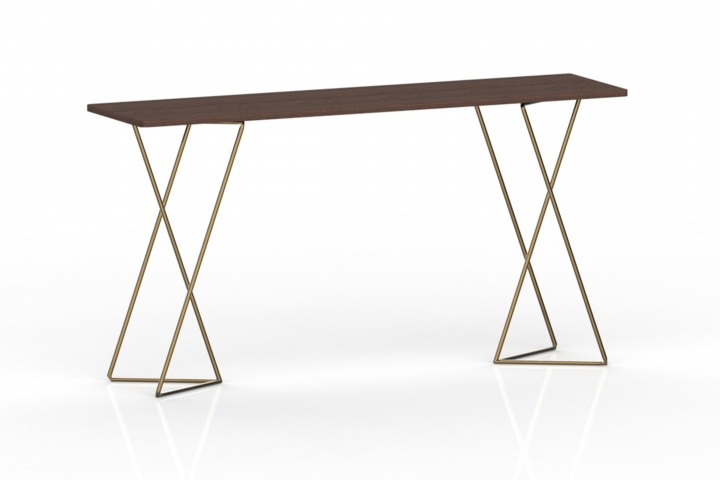 The Dabliu console is a sculptural presence in space and, depending on the vantage point, changes appearance while maintaining its strong architectural presence. The structure is made of metal rod Treaty and welded, the support surface is wood.

The hanger Dabliu looks like a wall sculpture, suitable for both domestic environments, both public. His geometric aspect and its strong architectural presence change depending on the point of view of the viewer. The structure is treated metal rod and welded. 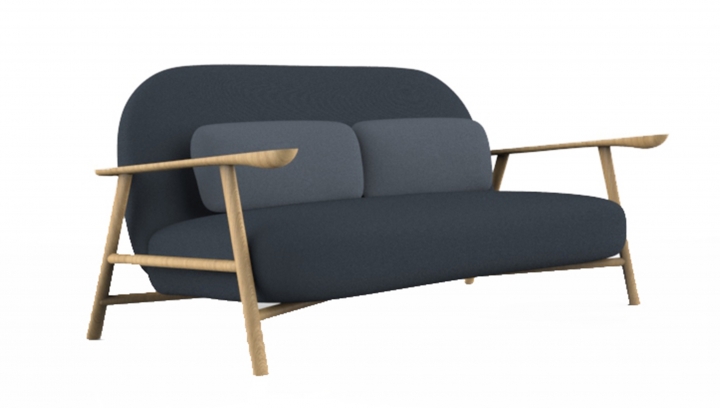 "With this sofa we feel the wood and its naturalness" explain Setsu and Shinobu Ito about COCOCI, whose wooden structure running along the back side giving shape to the arms that, sinuous and sculptural, invite you to an intensely tactile . 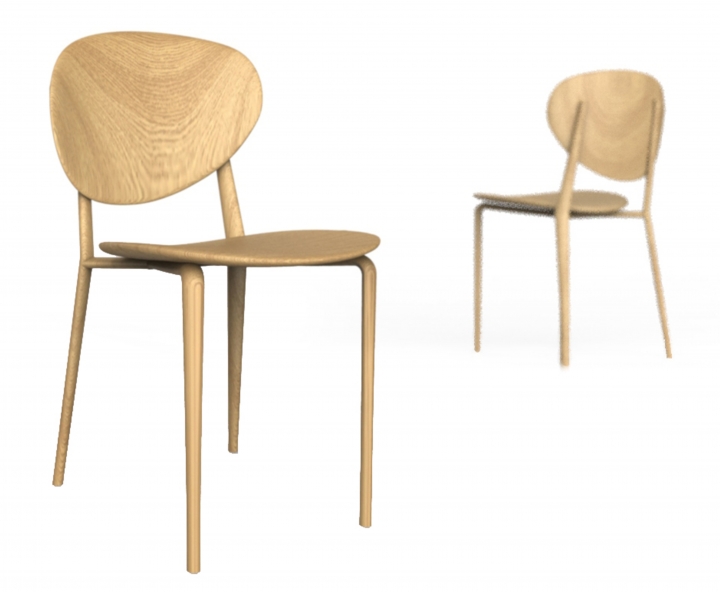 The chair ENN expresses the liveliness, the softness and warmth of natural wood. The sinuous design and slightly irregular back and seat step closer to the existing forms in nature, while the structure elegantly supports the asymmetry of the back.

ENN The table highlights the vibrancy, softness and warmth that characterize the natural wood. As with homonymous chair, the floor is distinguished by the asymmetry of its design, reminiscent of the irregular elements that are found in nature. The structure by the uprights elliptical section is instead symmetric and consists of two pieces in the shape of H. 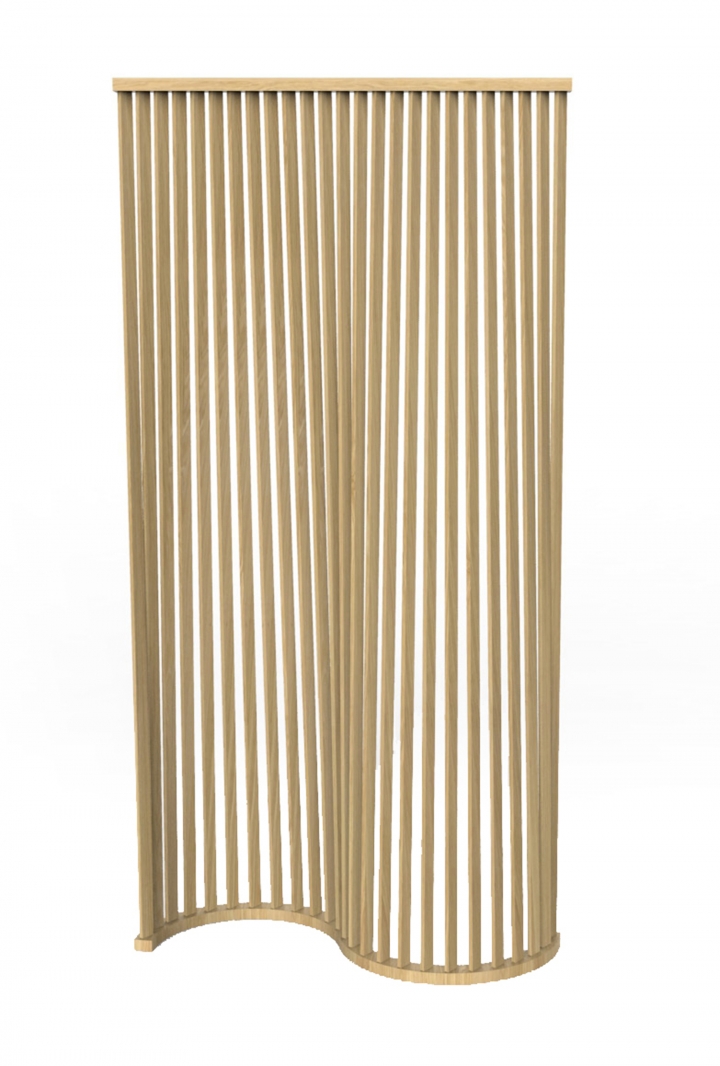 The sinusoidal shape of the screen MORI expresses the aesthetics of solids and voids. Depending on your viewpoint, change the vision of the piece: "as a person in the forest with trees he sees and does not see, look with pleasure all but do not distinguish all the manifold ways" explain the designers. The screen is self-supporting, and composed of a base to S and by a vertical structure joined by strips. 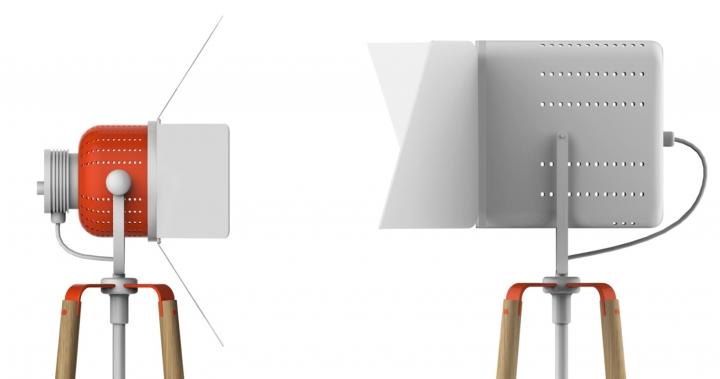 IIIRO, a term which is Japanese for color, is the result of the review of a professional projector for lighting in television studios - IANIRO is an industry leader. The luminous body is a white cubic box whose side faces grow like fins from the diagonal cut that direct the beam of light. The body turns on itself in 360 ° both vertically and horizontally. The diffuser is supported by a telescopic tube adjustable, fixed on a wooden structure by means of metal elements. 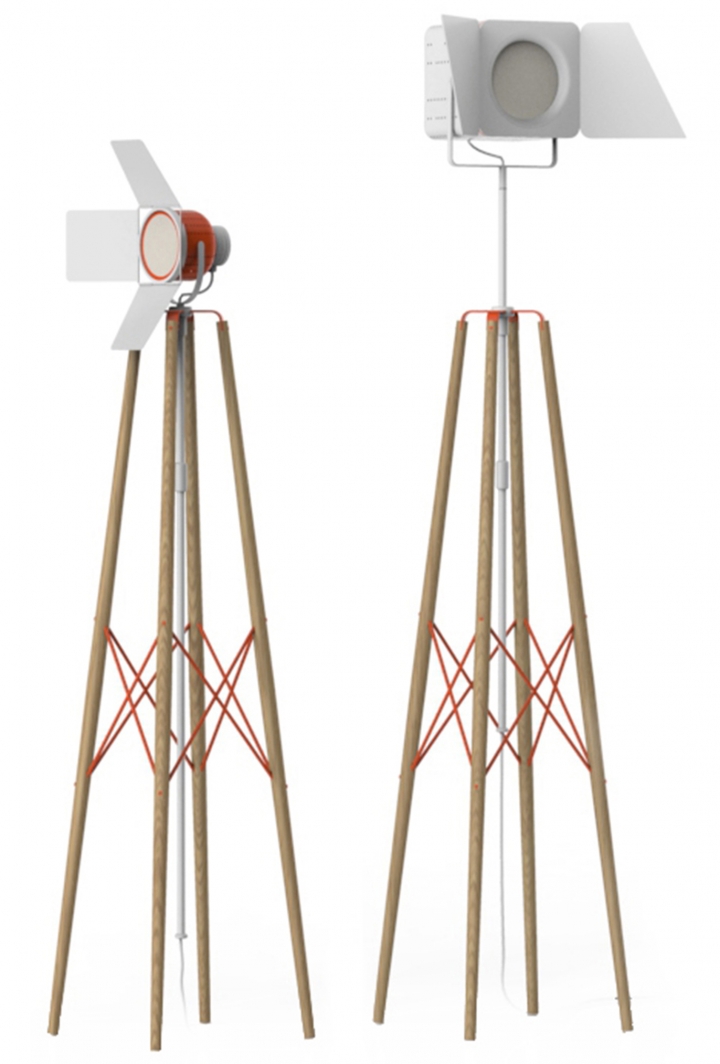 IANEBEAM matches the design of the projector Ianiro for professional and, turning it into the projector for home use, creates a lamp can radiate along the light also a feeling of warmth and visual environment. On the front part has a frame on which are laid the fins of white color which direct the light beam towards a specific point. The body turns on itself to 360 ° both vertically and horizontally. The structure consists of a telescopic adjustable, in turn mounted on a wooden support by means of metal elements. 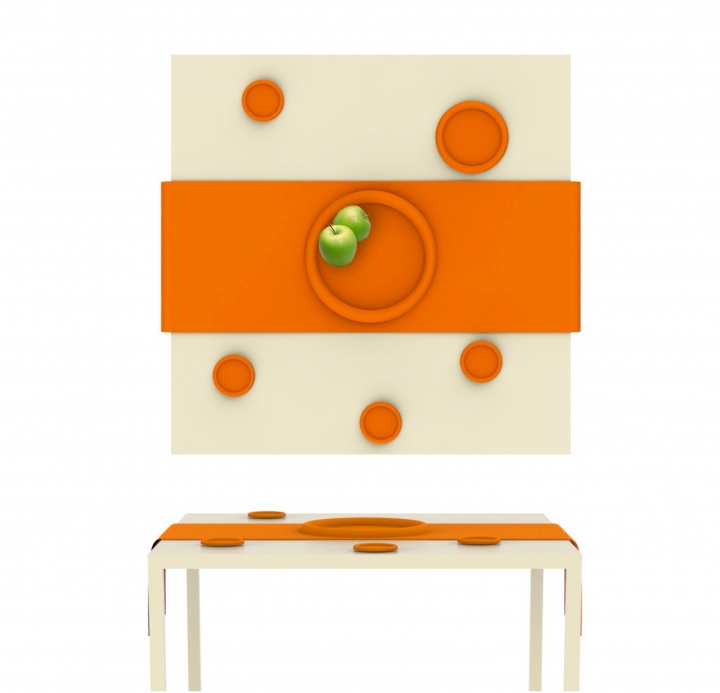 Ikko is a collection of elements in the felt for the table consists of a mat in which is integrated a centerpiece, a coaster and a coaster or sottocaraffa. The elements are produced by Tumar in 100% natural felt coming from Kyrgyzstan. 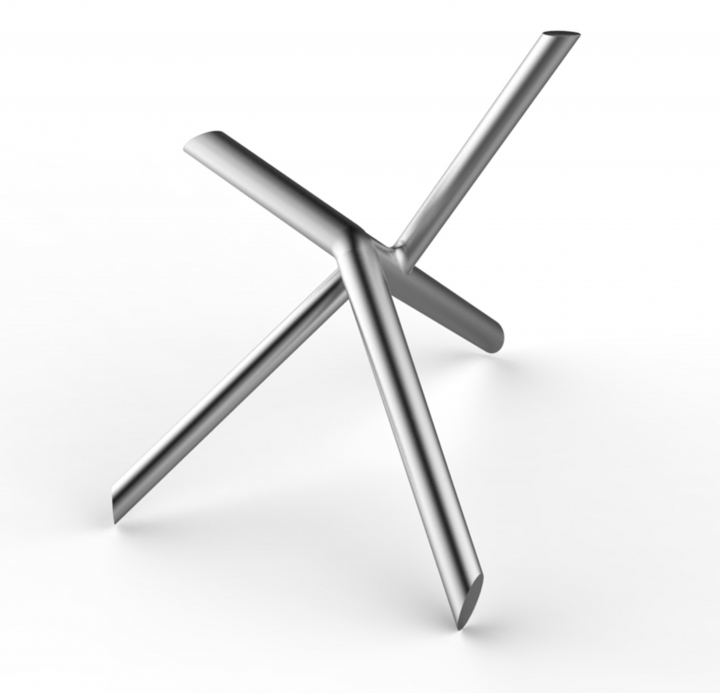 EDA is the toothbrush holder designed specially for the toothbrush nanotechnological misoka (design Kosho Ueshima). Made of cast aluminum, takes slightly different forms depending on whether it is flat on the short side (40 mm) or on the long (50 mm). Its "branches" have 34 mm diameter. 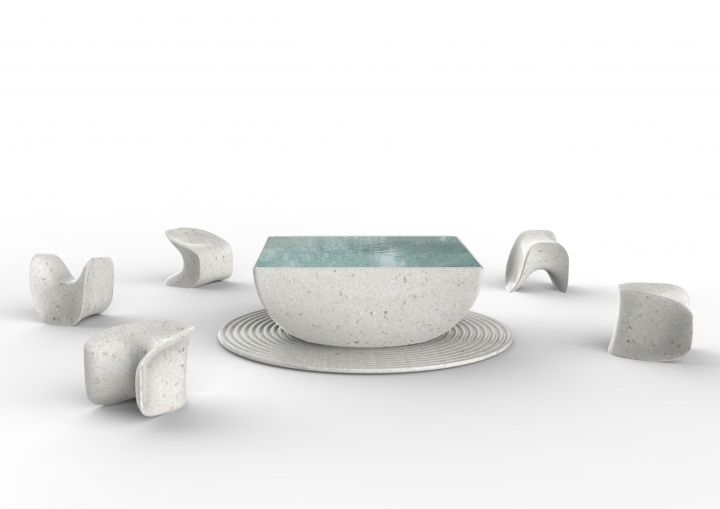 IZUMI Japanese for natural source. From this source, located at the center of the fountain, the water flows up to the edge of the stone. When viewed from above the fountain square, static, minimal, running towards the base forms are softened. The base, with its grooves made in the sand at regular intervals, is a reference to the Zen garden, in turn bound to another natural element: the earth. IZUMI is suitable to be installed outdoors but also indoors, public or private.