The rust becomes art in Matthew projects Buffer it has been modified: 2016-04-09 di Benedict Flowers

From the 12 17 April Matthew Buffer, Artist and designer from Turin, as part of Milan Design Week exposes his latest works "Rock Face", "Materia 1a" and "Reach out and touch"

It is rust, I live in flux element that breathes, evolves and becomes subject and object, operates and co-author, and finally outright art, the main theme of "Paths Thunderstorms" the artist and designer from Turin Matteo Buffer has to Milan Design Week 2016. On the occasion of the Fuorisalone, from the 12 17 April, will be three projects of the finalist Comel Vanna Migliorin Prize for Contemporary Art which will be exhibited in the LOFT B in via Maximian 25 in the Design District Ventura Lambrate: the target lamp suspended sculpture "1a Materia", the wall paper in a limited edition that reproduces the work "Rock Face" and the installation "Reach out and touch." For the second year Swab returns to Milan in the week dedicated to design renewing cooperation with Cement Design, a leader in the production and distribution of innovative materials based on cement.

“Rock Face” is the icon of a lived face that contains stories from different eras, a face in which the expressiveness of an epic story is still captured in its evolution of the times. A face created by Matteo Tampone, marked by time but full of strength, is imprinted on a highly resistant surface, the fiberglass wallpaper, by Inkiostro Bianco, a laboratory specializing in interior decoration. It is technology that meets tradition and, through the colors of deep and expressive features, offers a unique involvement of its kind. “The image, which is faithfully reproduced in large dimensions - explains Matteo Tampone - seduces the eye by amplifying every sensation: so Face, thanks to Inkiostro Bianco, becomes fully Rock”. It will also be possible to view the wallpaper at the Olivieri Brera showroom, in Largo Traves 2. 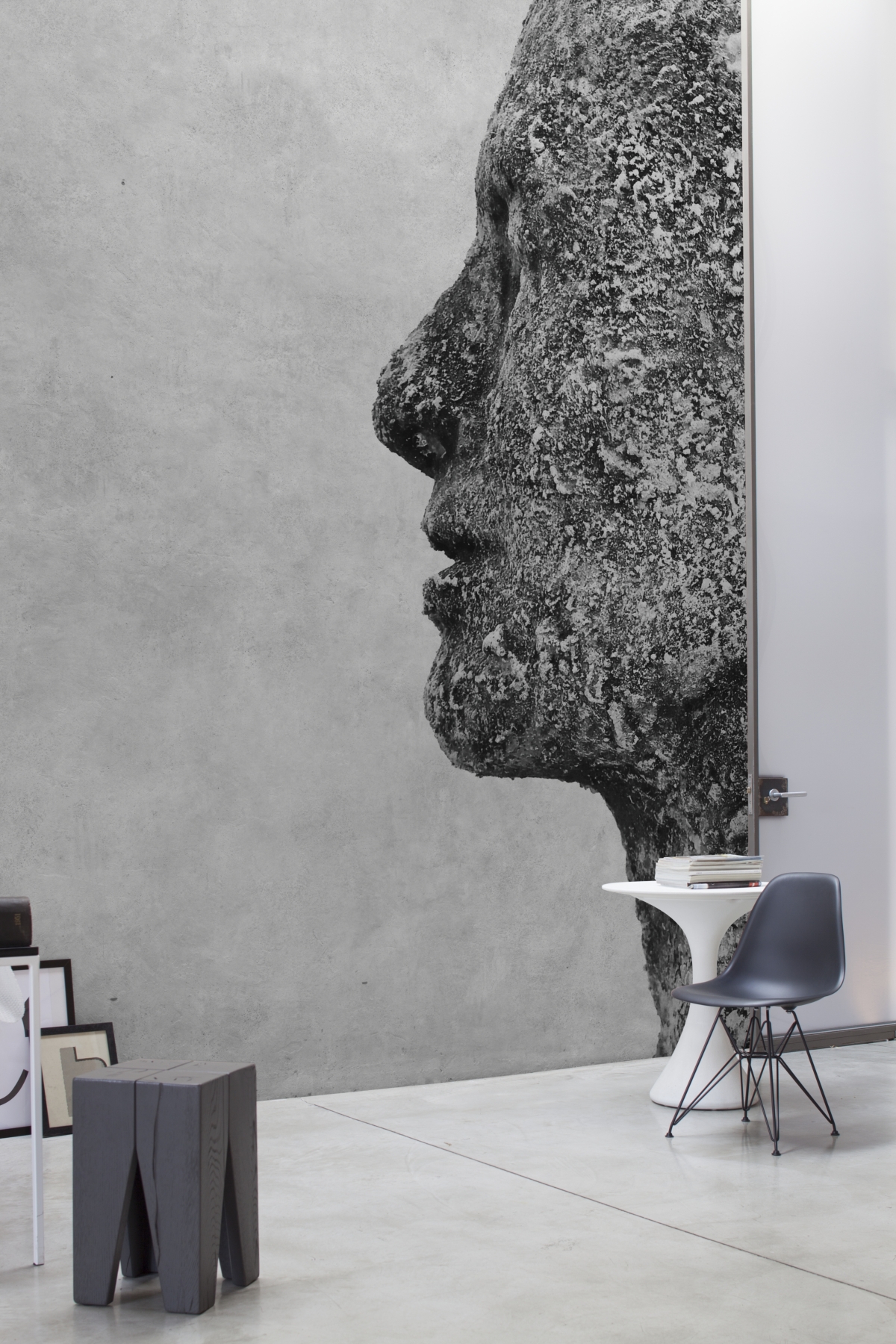 The materials are an essential part of artistic research and design of Buffer. Explore, experiment and shaping the materials are stimuli for proposing new concepts and new works. So, from the iron, brass and oxidized copper, comes the suspension lamp-sculpture "Matter 1a": an object created by man in the past is discovered, the recognizable shape of a hemisphere takes a new light. It is the revenge of matter itself which in this work regains its identity with all its strength, becoming the protagonist. 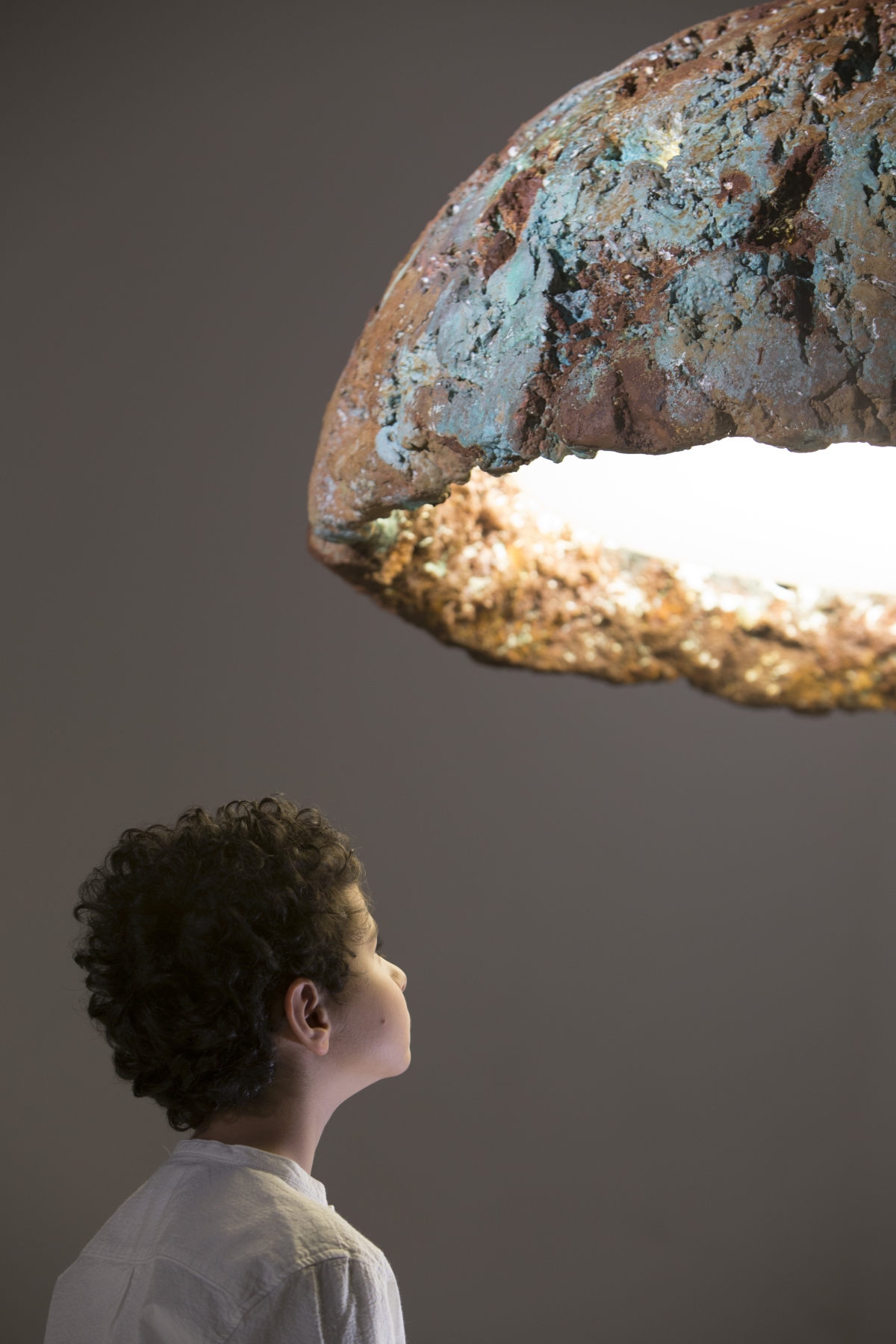 Even "Reach out and touch" plays with the oxidation process of earthly matter to create a concert of twelve hands that resurface in the present of a past lived individually. Red, iron, strong as the past, or blue, brown and stir in the present. Hands from touching to hear their souls living in beats fluids, broken, long, live, simulated, prolonged in time as an echo of history that draws strongly towards infinity. 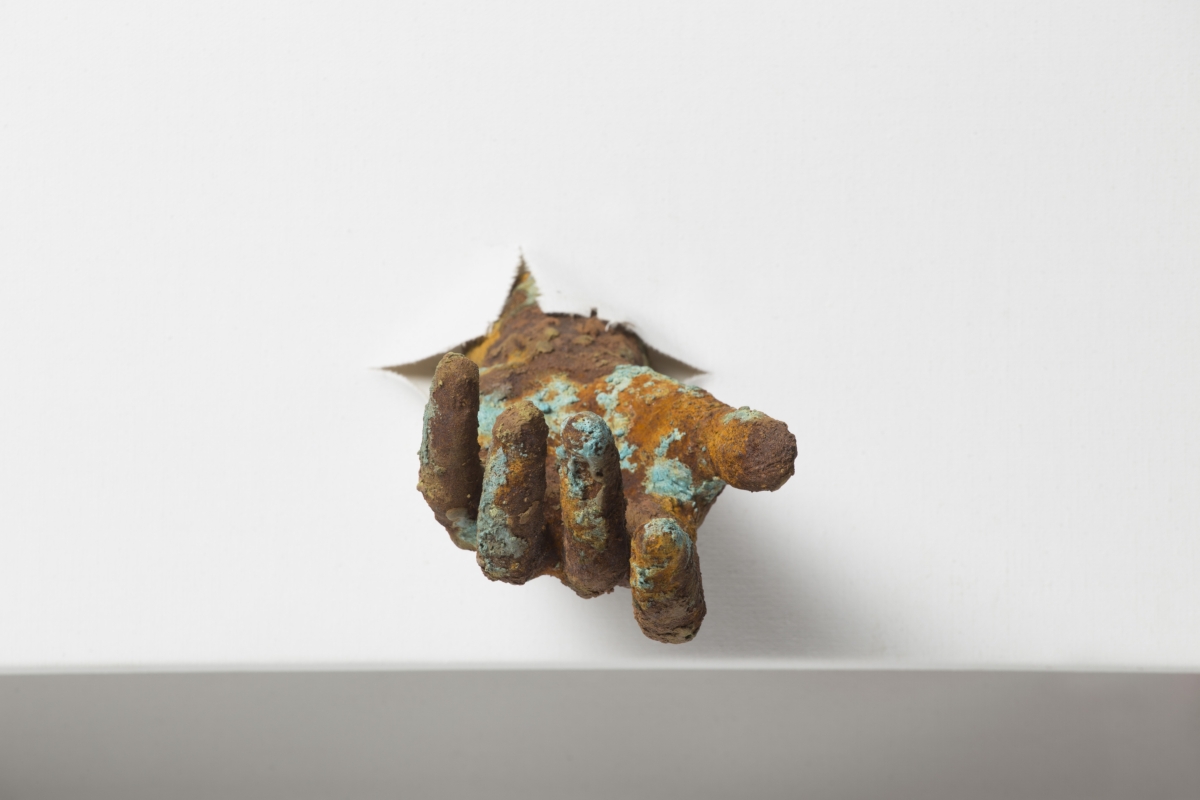 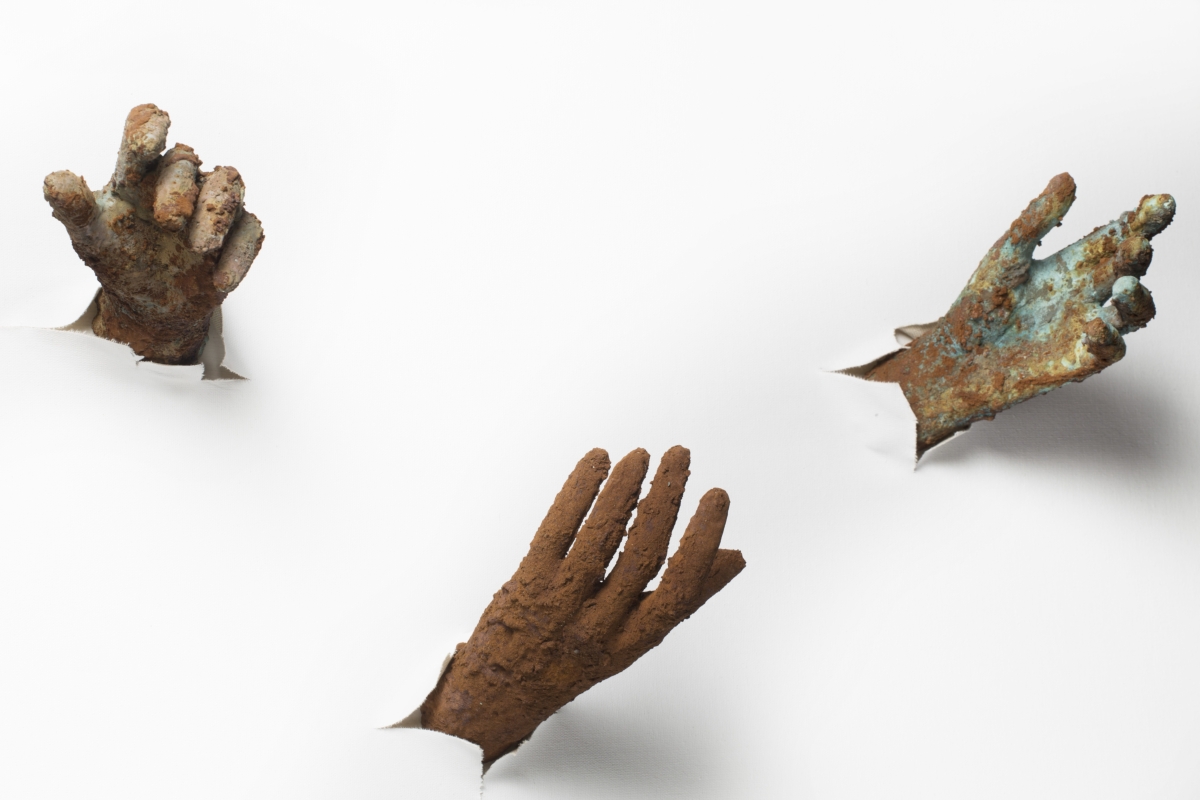