ASIA produces-MI A new opportunity for the designers! it has been modified: 2018-08-22 di asiadesignpavilion

ASIA produce-MI it's the answer

ASIA produces - MI is a call to ASIA, an invitation to its producers to pay attention to prototypes made by carefully selected
It is a project conceived and promoted by ASIA DESIGN PAVILION, the official exhibition of Milan Design Week, ideated by Sarpi Bridge_Oriental Design Week, the oriental Fuorisalone in Milan which commits to creating a bridge between East and West, cultural and economic opportunities.

The carefully selected design prototypes are offered to Asian companies that are associated with the project.
The Asian company receives the certification from our fuorisalone of Milan for produced prototypes, thus confirming the prestige of its company on the local market and in Europe.
In addition, the product is also exhibited during the MIlan Dsign Week in the Asia Design Pavilion, communicating and promoting both the designer and the company.

ASIA produces-MI: the project which gives to you a real economic opportunity ... 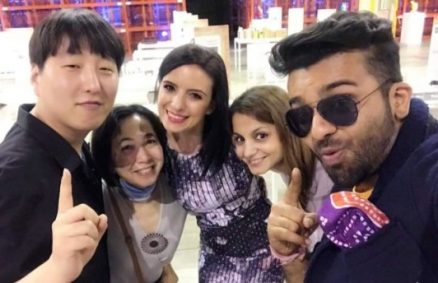 View all articles by asiadesignpavilion